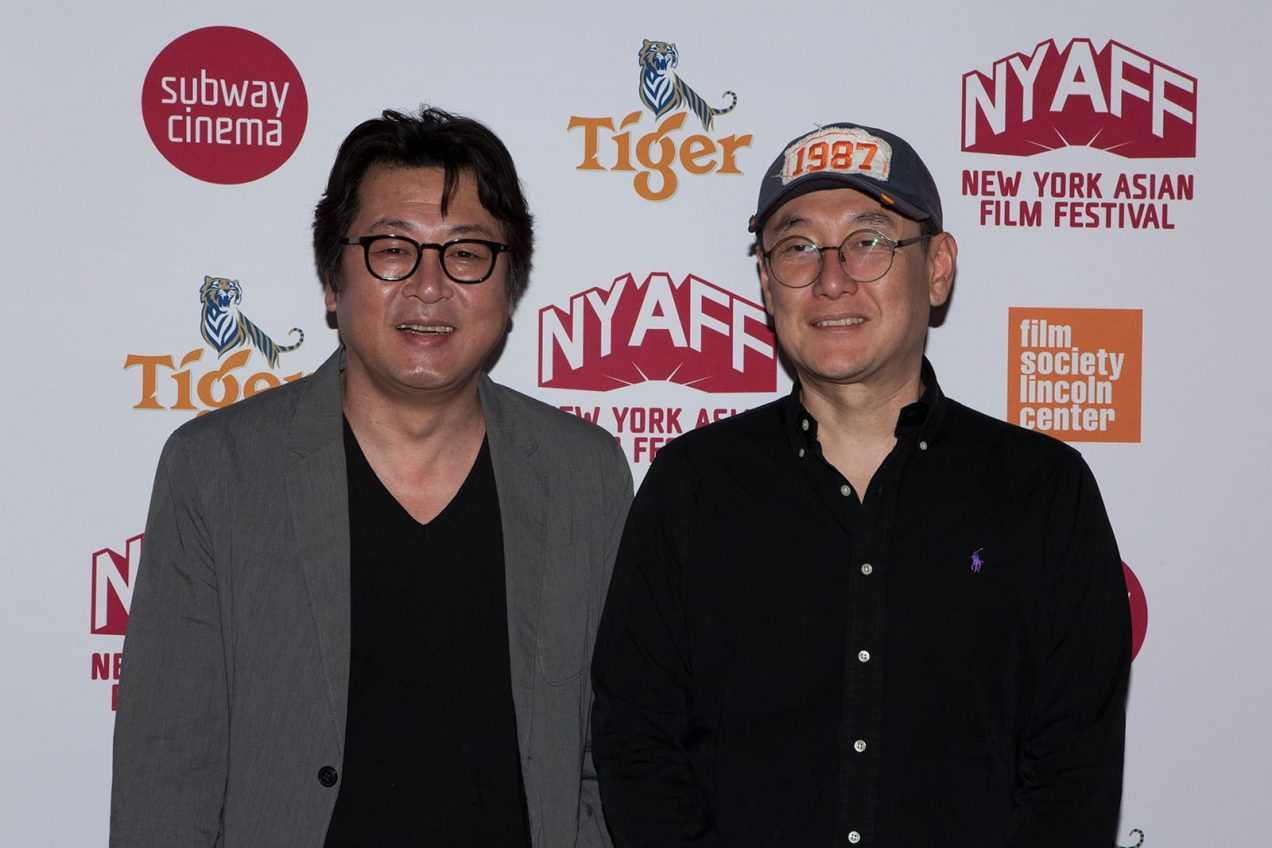 There are few actors more prolific in modern South Korean cinema than Kim Yoon-seok. His role in Na Hong-Jin’s The Chaser won him international recognition for his role as a remarkable ex-cop, pimp, anti-hero. More recently he has been in countless South Korean hits, such as The Yellow Sea, The Priests, and The Thieves.

Jang Joon-hwan first gained recognition with his untraditional sci-fi cult classic Save the Green Planet. His movies sheer originality and charm makes it a personal favourite of mine. After a ten-year hiatus, Jang returned with Hwayi, starring Kim Yoon-seok as well.

They return again for the difficult and timely political drama 1987: When the Day Comes, based mostly on true events.

I just want to say I am huge fans of you guys, were it not for Save the Green Planet I wouldn’t be doing this job, and same goes for The Chaser and your brilliant performance in it. Moving on, for someone unfamiliar with the context what did 1987 mean for South Korea politically?

JJH: As you may know there has been another movement more recently in looking more closely at these events, especially our history under President Chun. At the time the demand for a better community or democracy was really a response to dictatorial actions. 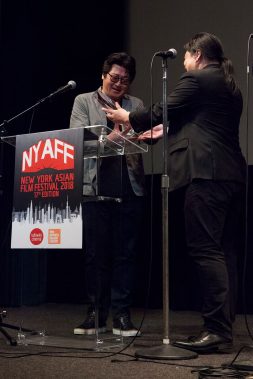 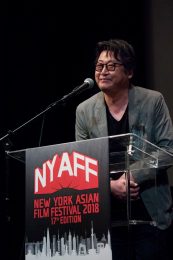 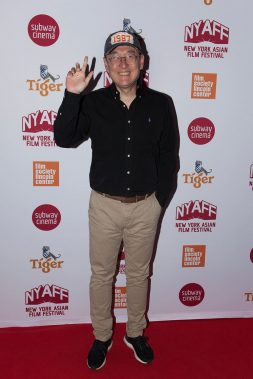 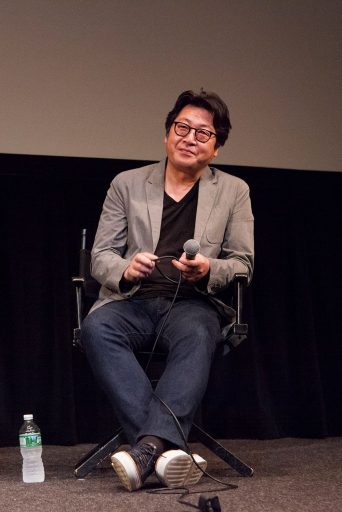 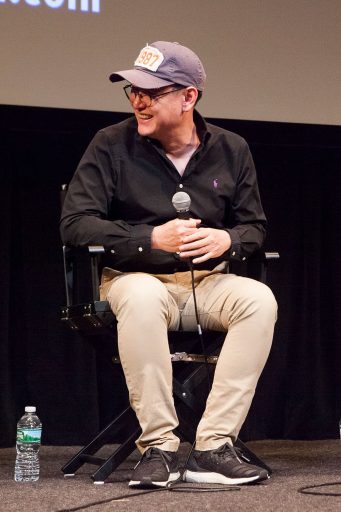 But why speak specifically to the events surrounding the deaths of these students?

JJH: I think the impact of the year 1987 can’t be understood without those young men who sacrificed themselves for the movement. This film is 90% historically accurate. When I began making the film, I wasn’t so engulfed in constant fact-checking, but when I started taking a closer look at the actual history, the resemblance to the film was uncanny.

The truth about the government crimes came out little by little, and was really coming out of various citizens acting on behalf of their conscience. This really triggered a chain reaction that snowballed into a complete national movement.

Was your character mostly historically accurate or invented, how did you create the villainous Director Park?

KYS: There was a real-life Director Park who had that position at the time, but because of the high degree of classification, and his high stature, very little even now is able to be found out about him.

I found in making this character that he was not simply an independent individual, he was sort of representative of the era Korea had been in at the time. If you think about our history we have gone through a lot of hardships, from the colonization by Japan, to the Korean War. Director Park his hometown was in North Korea, he grew up there, so he understood firsthand how brutal systemic violence was. In embodying this sort of tragic history it makes his character quite complex.

There is a duality going on, yes, his actions were atrocious, but you have to be aware of the events that made him.

JJH: I didn’t know while I was writing the film that President Park would be impeached. There was just a general feeling at the time that we were in a state of regression, regression into dictatorial times like pre-87. Also, I felt that the era is seen in 1987 it contains its own lost beauty, it was really a time where people trusted one another, and helped one another as a society and community. Everyone seemed innocent in their drive for democracy and very hard working.

I want today’s society to look at 1987 as a sort of mirror for itself.

The same question for you, Mr Kim, does current Korea have something to learn from 1987?

KYS: Absolutely, I feel that South Korea as a country has made it really easy for oppressive systems to arise, because we are a divided country. Not just between North and South, even within the south there is a lot of political discourse about your own affiliation, whether you are communist. This basic mistrust limits the basic freedoms people should have.

To put it ideologically, it’s simply fear-mongering, whether “anti-communist” or not, those in power have always been able to instil fear and anxiety in our citizens. The name of the threat can keep changing, but the same oppressive systems perpetuating the fear are still intact. I hope with films like this, our old ways will die out, our citizens simply want freedom. 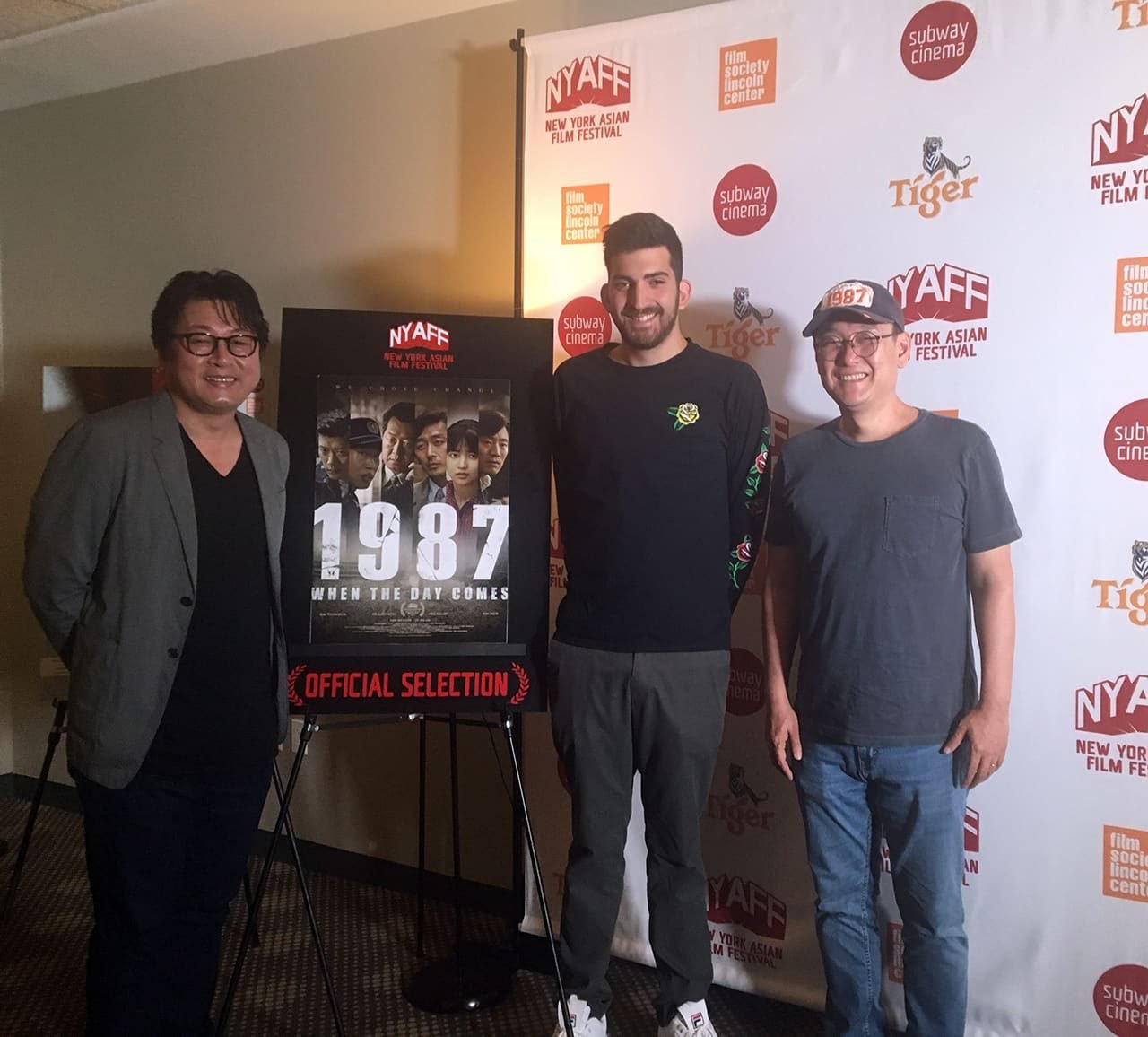 For my last question, I just want to know, The Priests was absolutely awesome, are we gonna see you in another similar role soon? And when are we going to see another classic sci-fi comedy like Save the Green Planet from you, Mr Jang?

KYS: I think the occult also tells a very human story. I definitely gravitate towards those types of films. So, I would love to do a film that delves even more deeply into the occult and deal with those themes.

JJH: After Save the Green Planet I did try making something more in that vein, but as you probably know the Korean film industry is becoming increasingly commercialized, and the films I wanted to make, and the industry were at odds essentially. That’s why it took me about a decade to make another flick. But definitely as a filmmaker I definitely want to keep the storytelling fun, so if my imagination and the commercial industry maybe that can happen. I think the real issue is the stuff in my mind just costs too much (laughs!)

1987: When the Day Comes screened at the 17th New York Asian Film Festival 2018, where Kim was presented with the Star Asia Award.