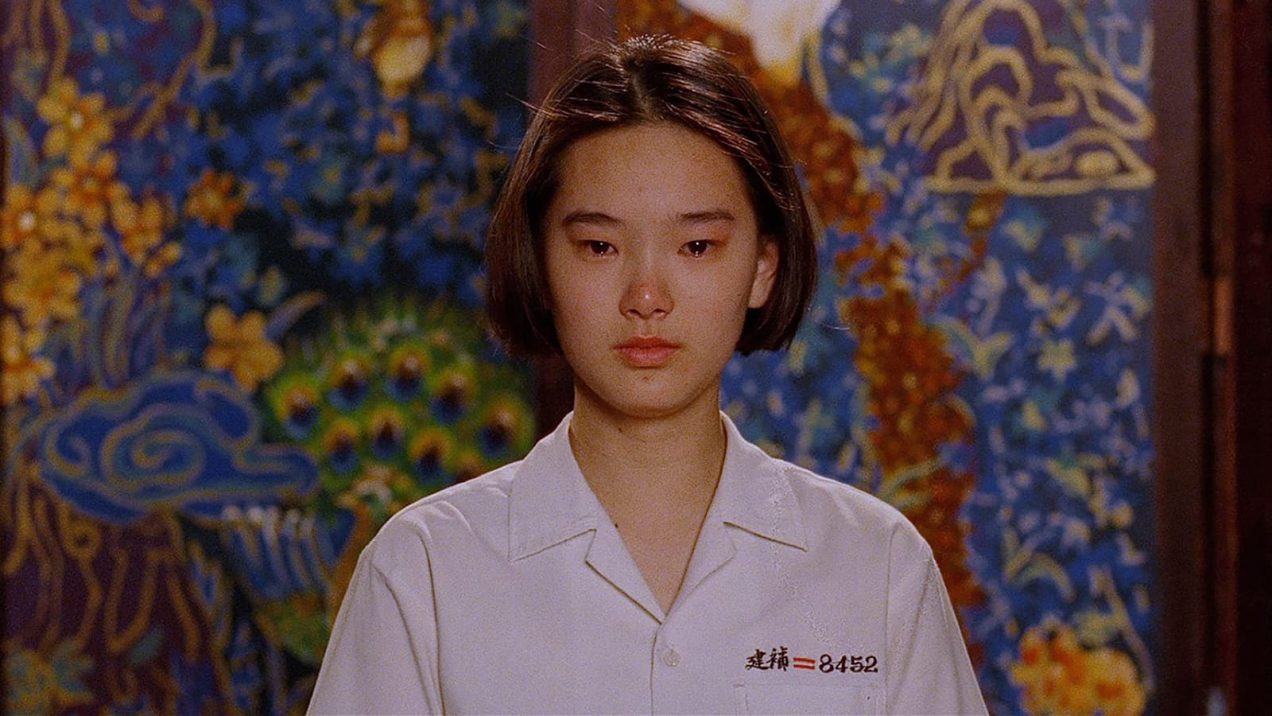 Largely acknowledged as Edward Yang’s masterpiece, A Brighter Summer Day’s 4-hour long-theatrical release in 1991 came filling in the gap between Golden Lion-awarded Hou Hsiao-hsien’s A City of Sadness (1989), arguably the most accurate and dramatically intense film narrative of the early White Terror ages, and subsequent Tsai Ming-liang’s directorial debut Rebels of the Neon God (1992), which would have marked a significant shift in Taiwanese New Wave in that it appeared unconcerned with national history, in favour of a more contemporary-oriented focus on Taiwanese youths’ moral disorientation following the relaxation of the martial law.

Timeline aside, ‘A Brighter Summer Day’ still places itself in a middle position, whether one is to look at Yang’s own authorial development or at the overall ideological turmoil within Taiwan arthouse cinema scene in the early ‘90s.

Similar to Hou’s latest work at the time, it also features a family chronicle, focusing on the turbulent coming-of-age of teenager Si’r – a very young Chang Chen, whose talent would have bloomed shortly after beginning with his role in Wong Kar-wai’s Happy Together (1997) – and his involvement with youth gangs to his father’s disappointment, who also finds himself in trouble due to his previous connections with the Communist intelligentsia back on the mainland. As the original title hints, which literally translates to ‘The Murdering Case of a Teenager on Guling Street’, we already know from the very start that, despite Si’r’s inner fondness for quietness and the genuine concern of his family, something terrible is bound to happen. As a consequence, the final scene where the lead character abruptly stabs his (supposedly) cheating girlfriend Ming – U.S.-raised Lisa Yang, whose thick foreign accent required the director to have her part redubbed by a native speaker in post-production – comes as no real surprise, making us feel like everything is finally coming together by putting an end to the vicious circle of violence that had brought the Little Park Boys and the 217s – such are the names of the two belligerent gangs – to wipe each other out.

While the urge to tell such a story stemmed from a biographical impulse similar to that of Hou, in that Yang himself claimed to have been deeply shocked by the news of a schoolgirl in Taipei being killed for trivial reasons back in 1960, the movie as a whole is not as overtly political as its predecessor, nor does it bother providing the viewer with precise historical references, such as the radio broadcast of the Japanese surrender or the official announcement of martial law enactment following the February 28th Incident, as we would hear of in A City of Sadness instead.

In fact, despite the ‘60s being disruptively eventful years for Taiwan in no lesser way than the previous decade, in A Brighter Summer Day history seems to be unfolding in the background, yet it does not dissolve completely as it would have later happened to Tsai – whose following films drastically break away from traditional storytelling, in favour of an uncompromising search for stillness that would have become his trademark as a ‘slow cinema’ filmmaker.

A column of tanks idly passing by the night bus by which the Zhang family is coming home after a dinner party, some random remarks by a Wuhan-born general about the longing for his homeland in a poor attempt to hit on a school nurse, a Japanese-style sword abandoned in the attic being picked up by one of Si’r’s wealthier classmates, are all the mise-en-scène adjustments that Yang’s script needs in order to hint at the incumbent military escalation with the PRC – which resulted in the Nike Hercules warheads being installed on the West coast of the island in those very years –, at the sense of uprootedness and deprivation that the mainland-raised generation of Chinese nationalists came to feel upon being forced to a never-ending exile, as well as at the lack of identity that the latest generation of Taiwanese had to deal with, being born on a territory that used to be under Japanese colonial rule, arbitrarily re-claimed by the Chinese and ultimately influenced by the primacy of US pop culture.

However, it is by elaborating on universal themes and narrative patterns that A Brighter Summer Day is able to qualify as a work of art transcending geographical boundaries and cultural specifities, a suitable example of what literary critic Franco Moretti (2003) used to refer to as ‘opera mondo’, i.e. a feat of human creativity that appeals to the whole world in that ‘it brings epic into modernity, by qualifying [itself] as complex, infinite, digressive, allegorical, polysemous and fundamentally open [to interpretation]’.

By giving shape to a story of opposing yet intimately similar warring parties over the love of a disputed woman, subsequently seeking the glory of their own clan by annihilation of the enemy – just like in the first Homeric epic – while under the caring yet powerless supervision of their elders, Edward Yang managed to accomplish the dual purpose of entrusting his personal vision of a period forever etched in his country’s collective memory to a movie that is actually ahistorical and timeless in its exploration of love and hate, life and death, glory and misery, upon which stands the supreme mystery of what may lie inside the heart of a young man.

Giovanni Stigliano Messuti
PhD student in Japanese studies at the University of Zurich and professional movie critic from Italy. After reviewing and reporting on Asian films from the major European festivals (Venice, Locarno, Udine) since 2016, Giovanni is now trying to expand in the English-speaking environment, in hopes of reaching out to a wider audience (and meeting more Asian cinema enthusiasts).