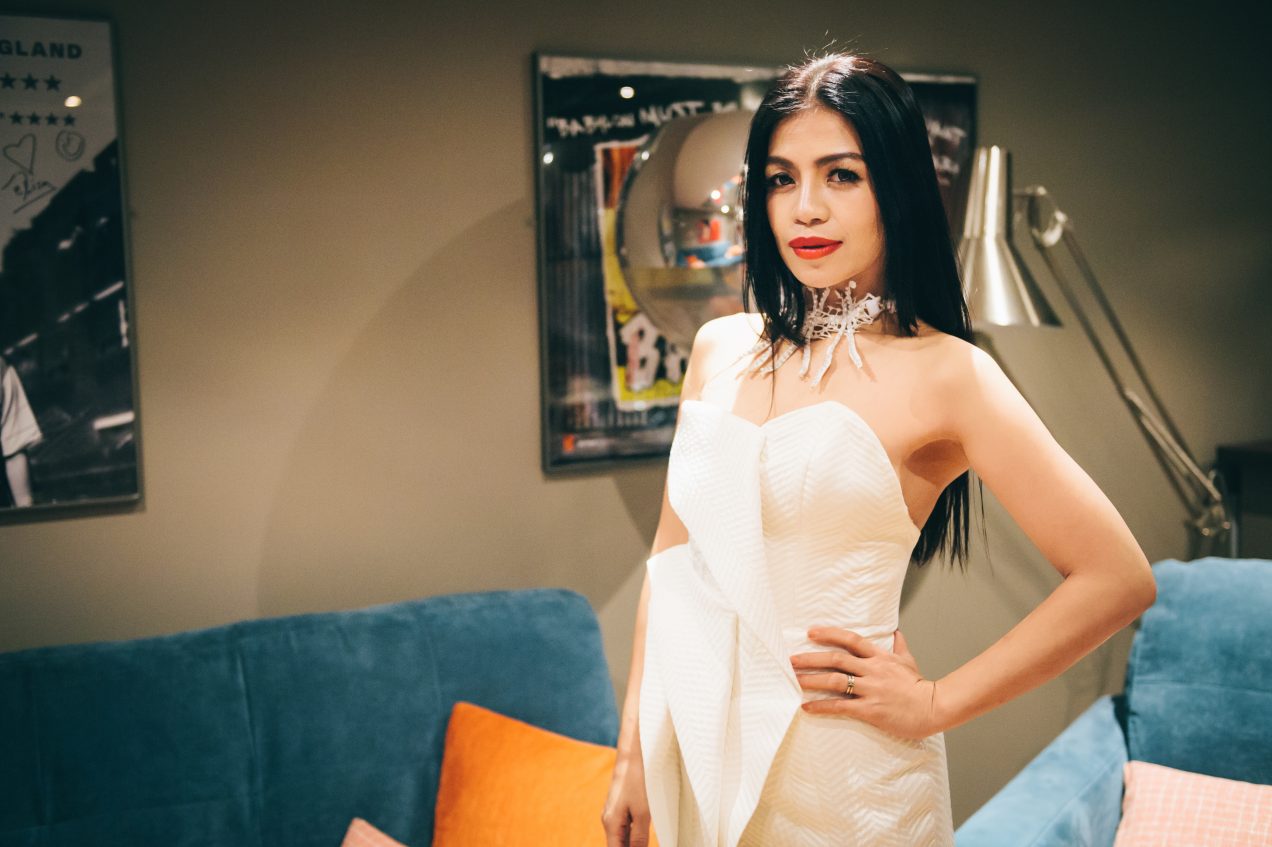 Ado’Kaliting Pacidal is passionate about her aboriginal origins. Coming from the Amis tribe, an indigenous tribe of Taiwan, she has spent much of her career as a singer, television host, and now actress into promoting her culture to Taiwan and the world. Her name derives from the Amis saying that “we sing to make the gods happy”, and has often adapted her music so that it is infused with her tribe’s culture as well as modern elements – singing in the Amis language to EDM music, for example.

Her cinematic debut Panay was released in 2015, and focuses on the plight of the Amis tribe trying to keep their culture from being destroyed. Directed by Cheng Yu-Chieh and Lekal Sumi, the film was screened at this year’s Chinese Visual Festival and easternKicks had the chance to meet Ado’ during her visit.

What made you join this project?
There are two directors for this film, one is from Han province and the other is of Amis origin. This film was originally a documentary by the Amis director, and I sang for the soundtrack for it. The Han director got to know me through this documentary initially so that’s how I came on board. While the Han director listened to my songs in the documentary, and he burst into tears because he was really moved by them. All the songs used the Amis language, so it was not mainstream music in Taiwan, so I am very proud that I got to get my music promoted in this way and that it moved him in this way.

Aboriginal culture is very prominent in your music, how has it helped to promote the culture to the world?
All my music is created using my ethnic language, but only a few people are using this language nowadays in Taiwan. I am very determined to promote my music in my original language. When you think of ethnic music you think of traditional instruments, but in my last album, which was released three years ago, I made the entire album using EDM. I created a demo version, and my boss told me ‘there aren’t enough people that speak this language, you can’t do it’ but I was defiant and said I would definitely do it. The year before I made the album I was wondering why young people are interested in Japanese, American, or British music and I realised that people don’t need to understand the language itself, it’s the genre that interests them. So when I decided to adopt the new music with my original language I thought I should just enjoy it as part of the culture, and how it will really help promote the language and community. 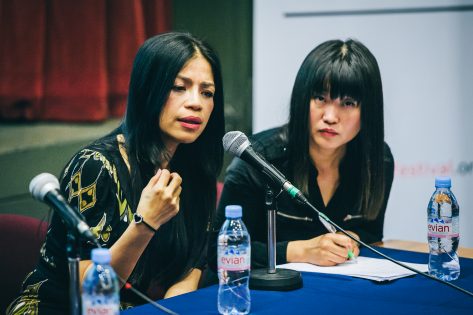 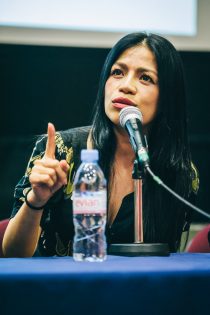 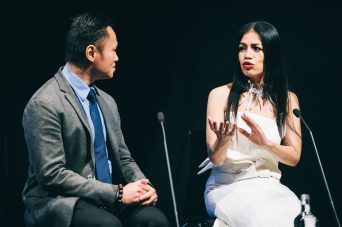 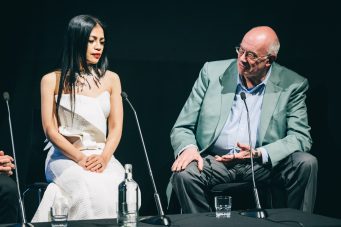 What inspires you when you make your music?

I write all my lyrics, and it comes from events that happen in my life and from when I reflect on certain things. One of the stories for one of my songs used in the film is inspired by when I drove past this old man who was sitting in front of his house. His house was facing the sea but you could see that there was a big construction site that was being built in front of it, and was blocking the sea from view. The old man was living there for his entire life, and since fishing is a huge part of Amis culture and we have ceremonial feelings towards the sea I wondered how he felt. What really touched me was that the old man, even though the site was blocking his view, was sitting facing the sea. I don’t know what he was thinking, or how the changes in his life and how rich people wouldn’t care about Amis people would have affected him, but we as Amis always respect nature and the sea.

The cast were all amateur actors, and came from the aboriginal community. What was it like to work with them, especially the two child actors that played your children?

The two children are from the tribe; they have never had any professional acting training. Both of them don’t speak the language any more, they only speak Chinese, but they still know all these skills like fishing and could recognise all the sea creatures. When I was working with them I could see that part of the culture was being lost, but they are very happy kids. I wish they could remember this time in their life, as things may change in the future and I hope they’ll keep these memories for as long as possible.

What about the other cast members, what was it like to work with them?

All these other actors are not professional. Before, this story was a documentary and these actors did a re-enactment of what they had already experienced in the documentary. I could feel their reaction from before, even though it was acting, and I could feel their energy. It’s one of the qualities of Amis people, they are energetic but also are defiant. Even though this is my first acting role, I felt this realistic quality in their acting and mine. 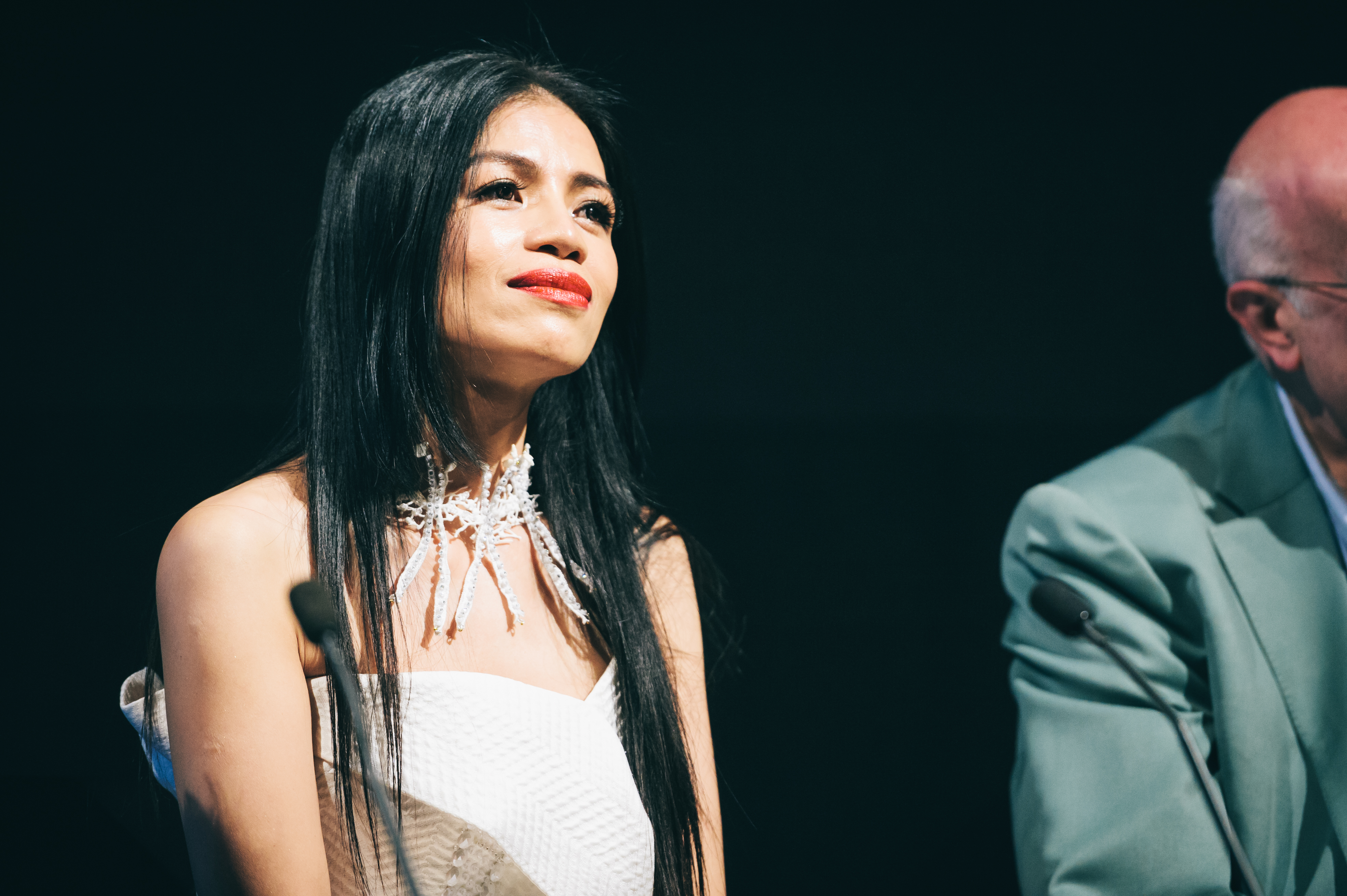 Since this is your cinematic debut did you face any challenges on the film?
One of the challenges, even though I speak the language, was that there were different dialects. When I was working on the film I was trying to pick up these accents and see how other people say things so it was difficult. The other thing about acting is having to cry, for Amis people there is only one way to cry – you just let it all out. But in films you have to have a variety of different techniques when it comes to crying, so the director would tell me that I needed to cry inside and only one tear flows down slowly. I was wondering how I could even control that! The expressions and motions in cinema were interesting to learn

Would you be interested in working on more films?
I definitely can’t wait to act again, I’m a singer and television host but I feel that acting is a different experience and expression of my feelings. Like how crying on film is different to how I cry in life, for instance. There is this performativity that I want to express in a different way, and it is different from singing. I want to explore this artistic expression and I would like to work on many films of different genres.

There seem to be a lot more films focusing on aboriginal culture now, do you think this will continue to grow in Taiwanese cinema?
It will grow, but for now in the entire Taiwanese cinematic history there are only about ten films on this topic. I would like more to focus on this topic, so while right now it’s not really mainstream I think it will grow in the future.

What are your future plans?
I want to participate more in these projects that promote aboriginal culture through singing, films or any other kinds of platforms. I really value these kinds of opportunities, like this interview with you, as I think I have a chance to tell other people around the world what Taiwanese people are and what Amis ethnicity is. So, in the future I would like to get into these kinds of activities.

Ado’Kaliting Pacidal was a guest at the Chinese Visual Festival 2016.