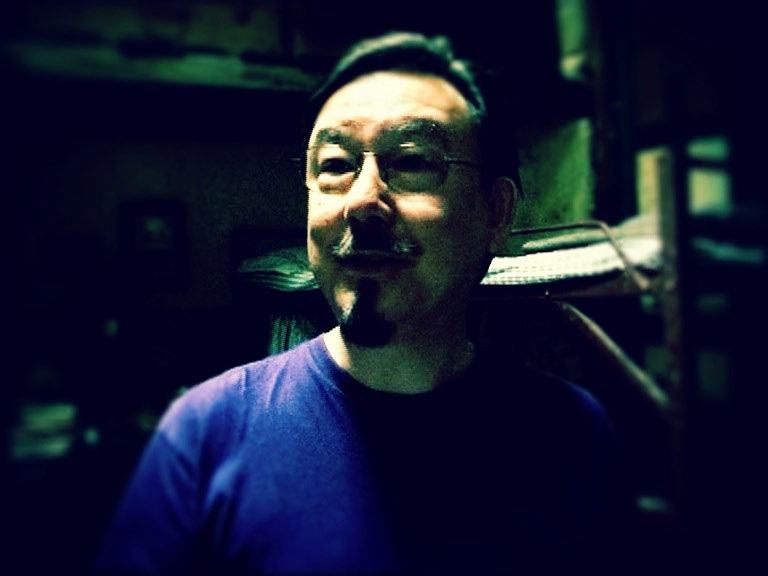 Based on his own recollections, Robert Lee talks about the new Blu-ray and DVD release Young Bruce Lee, starring Aarif Rahman, Tony Leung Ka-fai and Christy Cheung, and the highs and lows of having one of the world’s most famous movie stars as a brother.

The enduring appeal of Bruce Lee is undeniable, even nearly 40 years after his death. Why do you think that is?
The reason why I feel Bruce is still so popular to this day, and will continue to be for generations to come, is because he was 50 to 100 years ahead of his time. In my opinion, there has not been anyone before him or after his passing that has captivated an audience in a way that transcends even the phenomenal martial artistry he is known for. Some like Bruce because of his physicality, while others like him because of his martial arts; then there are others who like him because of his philosophical and metaphysical views. Bruce is someone that people aspire to be; he was and is multi-dimensional. Bruce was also PURE ENERGY and that is an attraction that is hard to deny. What he achieved is something that people long for. The barriers he broke down were not just for him but for all of us. So, I think the key to Bruce Lee’s popularity is that he truthfully expressed himself to the masses and also gave them hope to achieve their own greatness.

How did you come to be involved in the film? How much input did you have?
Simply put, this is a project that my family and me have been developing for a few years now. When the planets aligned with all the right elements, we felt it was time to proceed with our dream. My family oversaw the decision making related to all the content within the film, and we also were part of the casting process. We worked with others who shared our vision and made this film possible.

There have been several films about Bruce Lee’s life; what do you think the filmmakers were able to bring to his story that hadn’t been told before? Do you think the involvement of you and your siblings make this as much about the Lee family as it is Bruce himself?
The films made about Bruce Lee’s life followed the same ingredient: namely, his physicality and martial arts prowess. Yes, Bruce was incredible in these areas, but he was also so much more. This film is a love story about family and what it was like growing up in a home that made Bruce the legend that he would become. No one knows truly where it all started and this is what we wanted to give the world: our story. This is my family’s story, yet it is an important one for those who appreciate who Bruce really was. To know Bruce more, you must know where he came form and what influenced him in his formative years.

The movie is far more concerned with Bruce Lee the man than it is with Bruce Lee the martial artist, unlike many previous films; how important was it to paint an accurate picture of your brother and growing up in the 1950s?
We all have a beginning, an origin, and a foundation that groomed us into who we would become when we enter adulthood. So, yes, it was important to show Bruce Lee the brother, the son, the cousin, more so than the fighter, though those elements are there as well. The fighter side of Bruce Lee will truly come out with the future planned projects.

The film also sheds more light on Bruce’s early career in Hong Kong films, revelling in the filmmaking industry of the time – which other biopics have rarely touched. How important was it to include this part of his life?
This was truly important, because it shows that even at such a young age Bruce was groomed for his future experience as an actor. Many don’t know that even at that young age, Bruce exhibited a precocious professionalism that even his older co-actors praised him for in the media. Bruce was who he was from the day he was born. He was destined for greatness. There is no BY CHANCE in life; there is only MEANT TO BE. And hopefully, this element will have the old and new Bruce Lee fans research Bruce’s early career as a child actor. Even then, he had so much charisma.

What was it like having an older brother like Bruce?
It was great at times, hard at times, scary at times and funny at times. It was a normal sibling relationship. Having said that, Bruce was very protective of me and the rest of our family. He was such a cool brother to have. Funny though, I can’t ever remember him sleeping; it was like he was always up creating something special.

Did you know how special he was? When did you realise he had the potential to become an international superstar?
We knew Bruce always had a special talent, but it was not until I saw his film, The Big Boss, in Los Angeles that I realized that I too had become a Bruce Lee fan. My mother and I were amazed at his skill and were overwhelmed with his talent. At that moment, I realized that there was no one like him and would never be another like him. It was truly surreal at that time and still is to this day. I mean: its hard to realize, even now, that he is one of the most iconic action stars of all time, and is appreciated worldwide by people from all walks of life. It’s truly wonderful! All my family can do is give the time to others who want to know more about him; that is the best praise we can give to our brother.

What’s your favourite Bruce Lee film?
All of them!!!!! Lol, truly love them all, but Way of the Dragon is my favourite, because of what it meant for Bruce. Plus, I had a lot of communication with Bruce around that time and knew what he was trying to accomplish.

Is there a scene in the film that really captures your relationship with him?
It’s hard to think of that in terms of just one scene. It’s the overall re-creation of a united family and Bruce’s part therein that most clearly defines our relationship. I loved just being able to create a film that brought our whole family together again in spirit and captured those wonderful times and the feeling behind them. My father taught us all that family is most important, and this film is just as much a tribute to my father and mother as it is to Bruce.

What do you miss most about him?
Everything…

11 thoughts on “An interview with Bruce Lee’s brother, Robert Lee”