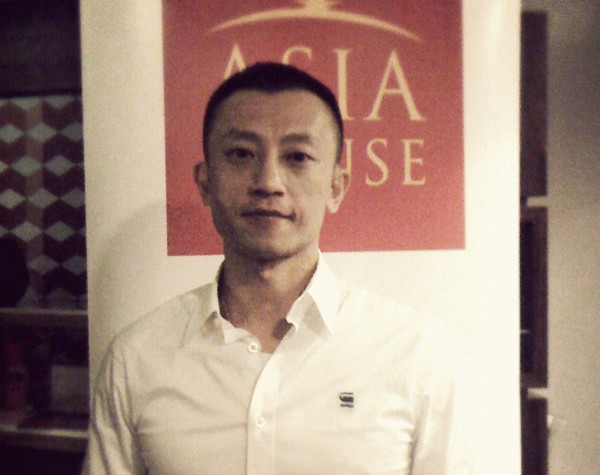 As the 5th Pan-Asia Film Festival gets underway, we chat to the director of opening film Gf*Bf, Yang Ya-Che…

As we mentioned in a recent article about the Pan-Asia Film Festival, Gf*Bf (2012), directed by Yang Ya-Che, was screened as part of the opening ceremony. The film, which was the 5th highest-grossing local film at the Taiwan’s box office in 2012, follows Mabel, Liam and Aaron, three high-school friends, whose love triangle unfolds other the thirty years of Taiwan’s political transition from an authoritarian government to a modern democracy. We took the opportunity of the presence of the director to interview him.

You have a television background, and worked on numerous TV dramas. The latest famous one was A Lullaby Against Love (2008), in which the two characters friends become bitter towards life as they discover one has AIDS. In some way your two first films, Orz Boyz (2008) and tonight’s Gf*Bf both deal with a similar coming-of-age theme, the characters feeling increasingly bitter towards life as they face its reality. Is that something intentional, a message you want to get across?
Yang: Yes, I do not believe in happy endings. In life there is always bitterness and disillusion. Therefore, in those stories I always try to convey these frustrations, but in a soft way. This is why I am so admirative of Oscar Wilde’s writings. They capture those feelings well.

Brice: Is that the reason you only suggest the most painful events? For instance, in Gf*Bf Mabel (Gwei Lun-Mei) is left between the choice of giving birth to her twins or surviving, going through abortion to stop her tumor. The beginning and end of the film give us the answer indirectly.
Yang: Exactly, I prefer to proceed that way and let the audience guess the hard choices that were made rather than showing them on screen.

Brice: Dialogues in your film are really finely crafted. How much of them have you written before they were interpreted by the actors?
Yang: Most of them are already in my head, though I provide only a part of them to allow the actors flexibility in their interpretation.

Brice: Has there been any difficulty for the actors to perform their roles?
Yang: Yes, initially Joseph (Chang) was a bit reluctant to play a homosexual. But he took on himself and managed to give a credible performance.

Brice: We can feel his contrived attempt at playing the closeted Liam, it is actually pretty convincing. How about Rhydian, was the strong expressivity of his face intentional?
Yang: I wanted to take advantage of his foreign face, more malleable, so yes, that was intentional.

Brice: Gwei Lun-Mei for instance has starred in films like Flying Swords of Dragon Gate and Starry Starry Night in 2011, Rhydian Vaughan in Monga (2010). How did you manage to bring together such a great cast?
Yang: I know both Lun-Mei and Joseph since my early twenties. We have kept in touch over the years. As for Rhydian Vaughan, I did not know him, but I really wanted to work with him – especially for his foreign and handsome appearance (he is British-Taiwanese). We got to know each other over drinks – the usual way we do in Taiwan. I did the same with shy Gwei-Lun, who needs some to reveal more of her personality.

Brice: Coming back to the context of the film; the social movements over the years take an important part in it. Have you been involved in them yourself?
Yang: Well, at that time, I was only 14 years old, and the only reason I joined was for the free food. (laughs)

Brice: But, you were definitely a witness and saw the events unfold. Are there any additional screenings worldwide foreseen for Gf*Bf*? Have you got a next project coming up?
Yang: The film’s festival run is coming to an end, and showing my film in the UK is really a great honor, especially given my admiration for Oscar Wilde. As for my next film, it will go undercover the dark sides of the Chinese antiques industry.

Brice: Thank you very much for your time and we very much look forward to your direction of a dark thriller, which seems really exciting.

The Pan-Asia Film Festival runs every year during February and March, organised by Asia House.

Brice
Working in film then television, has been an active promoter of Asian cinema and television series for the past decade.
Read all posts by Brice