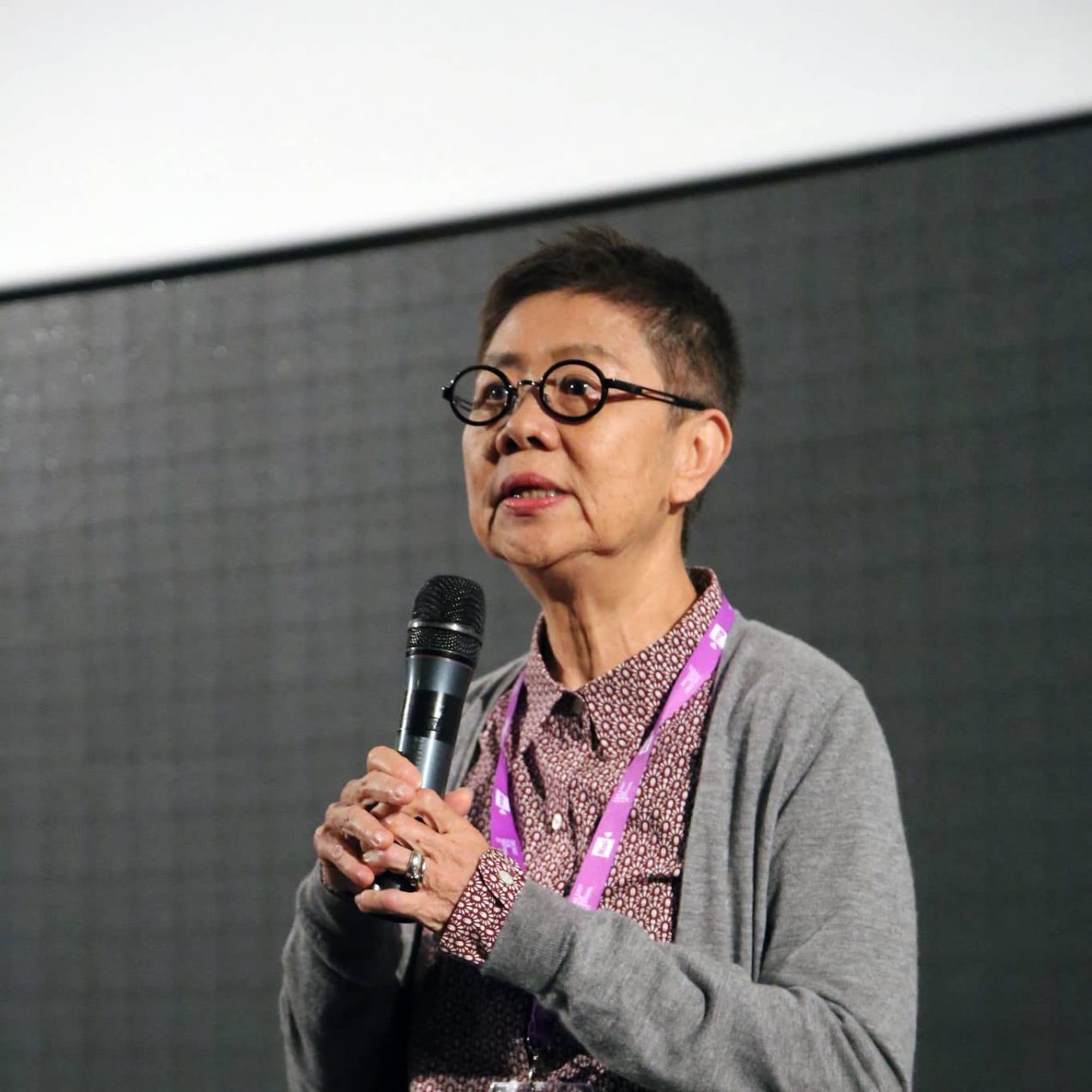 The filmmaker discusses her body of work, 80s fiction features as well as recent documentary projects…

As part of ongoing Celebrating Women in Global Cinema series, Manchester’s cinephile hub HOME organized retrospective Angie Chen: Hong Kong Film Pioneer with filmmaker herself discussing her works with the Manchester audience after the screenings. easternKicks had a chance to talk with Angie Chen, who shared with us her thoughts on filmmaking, experience working with big Hong Kong film studios as well as completing independent projects, and insights on the immense changes the city went through in the past 20 years.

In the interview for FFD2018 you mentioned that back in college you completed short documentary about your father, fragments from which I suppose we can see in This Darling Life. How did your way of work and attitude towards making documentary film changed over this long period of time, from late 70s early 80s till 2008?

My work method and attitude haven’t changed much since the late 70s. I prefer to explore and not set a formula or script until the final stage when I examine the footage to search for themes and a focus.

With The Visit, I chose to use a letter to my brother to tell the story after I edited the visuals of my visit to my dying father. I guess my documentaries tend to be personal and more emotionally oriented. My feature-length documentaries follow this trend. But with each film, I try to search for a different way of telling the story so that I don’t repeat myself. My attitude towards making documentary films is that the filmmaker needs to be honest and ethical, yet can be creative and open, and be a good storyteller.

This Darling Life and I’ve Got the Blues being independent documentaries are very different from My Name Ain’t Suzie representing the 1980s period when you worked on fiction features for big film studios. 1985 was the year of Shaw Brothers’ final decline as a production company, what sort of difficulties did you encounter while filming My Name Ain’t Suzie?

As with working for most studios, we had to follow a system and bureaucracy. Budget was a key concern, then the subject matter. Usually it would take a long time before these issues were resolved and approved. I was a bit fortunate as my first fiction feature Maybe It’s Love was a bit of a box office success. So my second feature of My Name Ain’t Suzie got the green light.

I remember I had to be quite insistent from the cast pick to the shooting method, including staying within budget. As such, the costume for the film was to be from 1950s to 1980s, and the budget didn’t allow it to be tailor-made. So the costume director flew to London without the studio’s knowledge and bought a lot of wardrobe at the vintage stores, and the budget was still under.

The filming was quite smooth, until the first draft was presented to the studio head. We had some differences over the cut; I was a bit irreverent towards her, and the result was the studio basically dropping it without a good release. It was regrettable and I started to feel a bit discouraged by the whole commercial movie business. So when I decided to come back to making films for myself, I chose to make feature documentaries so that I could be completely 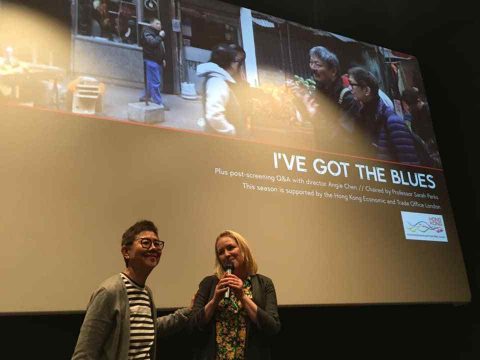 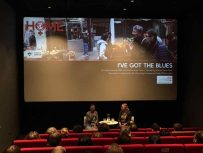 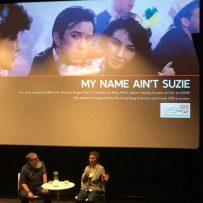 I was casting for the female lead, and Pat Ha was suggested to me. So I watched Nomad and thought she would be perfect for the role. She appeared defiant, a free soul and resilient. Then we did an audition with her, and I was convinced.

Chaos by Design was conceived with Chan Kwoon Chung, my scriptwriter on My Name Ain’t Suzie. I wanted to attempt a comedy. After the saga with the studio head of Shaw Brothers, I decided not to continue with my third picture option, so we took the film to Golden Harvest.

I wanted to try a comedy, with a gay tone. In my two previous fiction features, there was a strong feminist theme. Chaos by Design also had strong female protagonists. It was deliberate. I also added elements of gay presence which I thought was largely ignored in the Hong Kong cinema in the 80s. Golden Harvest was less hands-on. They approved the story and the budget, pretty much left us with it, and we went ahead and made the film. 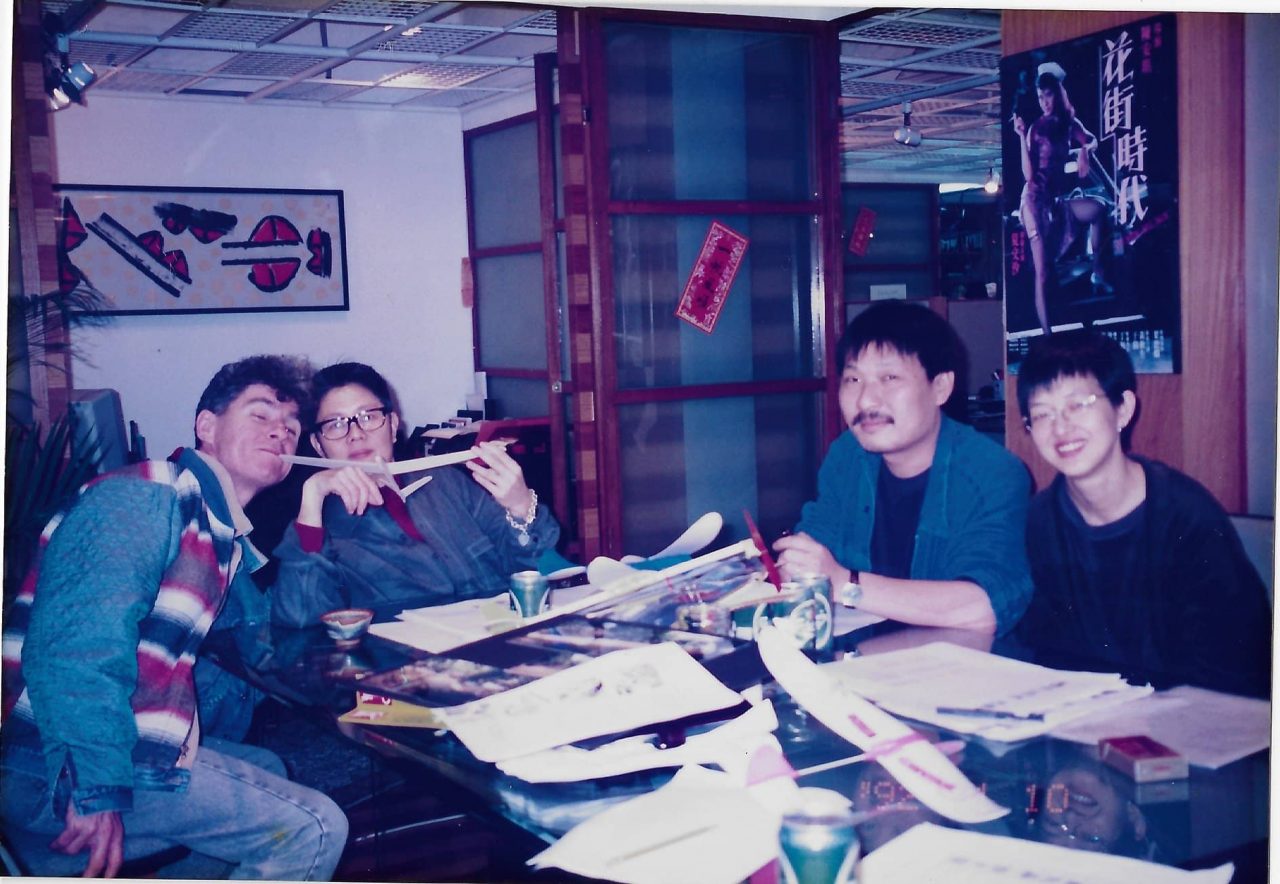 On the facebook page of Scorpio Films – HK I found several pictures taken in 1992, also featuring I’ve Got the Blues main figure, Yank Wong Yan-kwai, as well as acclaimed DoP and film director Christopher Doyle. Could you tell me more about the times these pictures were taken and how Scorpio Films came to be?

Scorpio Films was formed in 1990 after I entered the TV Commercial business. It has produced government PSAs, corporate films, TV commercials and later my feature documentaries. On occasions, Christopher Doyle worked on my Government PSAs and commercials as DOP, as well as Yank Wong as Art Director.

I met Christopher Doyle in Taiwan in the early 80s, and have remained friends. I witnessed his rise in the cinematography field. He was also experimenting with lights and shadows. Yank’s wife worked on many of my TV work, and that’s how I came to know him. And he would assist his wife occasionally.

One of the leading plotlines in This Darling Life is a very mysterious and fascinating character of a homeless man, filmed always from the distance. How did you find out about him? Did you try to get to know him personally and interview?

One of my cinematographers for This Darling Life was Sabastian Illeland. He alerted me that there was a homeless man with a dog sleeping under the flyover on Kowloon side, so we went and started to film him from afar. We covered him consistently for over a two-year period. I decided to respect his privacy and not interview him, because he had chosen to live far from the madding crowd.

The topic of This Darling Life is very broad but you perfectly captured it in frames. How did you find your interviewees?

This Darling Life is about love, life and death. I found the interviewees from newspapers, animal organisations, word of mouth, personal referrals in Hong Kong, they were from all walks and multinational. I covered over 20 cases and ended up with 7 intriguing stories, featuring protagonists that had strong stories to tell under the same theme. I would term it as an emotional journey for all of us.

Both This Darling Life and I’ve Got the Blues are films about Hong Kong and its people. What would be the biggest change in everyday life you see between 1980s/1990s and nowadays?

Hong Kong in the 80s & 90s was a boom town. People were optimistic, hard-working, and knew if you tried, you would get somewhere. Housing was affordable, the colonial Government open, and the air was free. Now Hong Kong is in a critical stage, when people who work hard cannot afford housing, the one country two systems policy is severely challenged, the freedoms are being constrained subversively, and now openly. The HK Government isn’t of the people, for the people and by the people, and it doesn’t provide optimism to a lot of people.

As a person who worked within Hong Kong industry for such a long time, experiencing its various aspects, commercial as well as independent mode, how do you see the current state of Hong Kong cinema? Are there any young filmmakers whose work captured your attention?

When you reach the pit bottom, there’s no way but up. Hong Kong has experienced this since 1997, when the amount of film made dipped from 300 to 10 per year. With film school graduates abound, there is an emergence of young filmmakers now that provides optimism to the film business. The current Oliver Chan of Still Human, and Wong Chun of Mad World, Jessey Tsang and Amos Wong are promising young filmmakers.

Angie Chen: Hong Kong Film Pioneer was held from 12th till 14th May at HOME Manchester. All further upcoming Celebrating Women in Global Cinema screenings and events can be found here, with more to be confirmed throughout the year.

Angie Chen was also a guest at the 21st Far East Film Festival 2019.