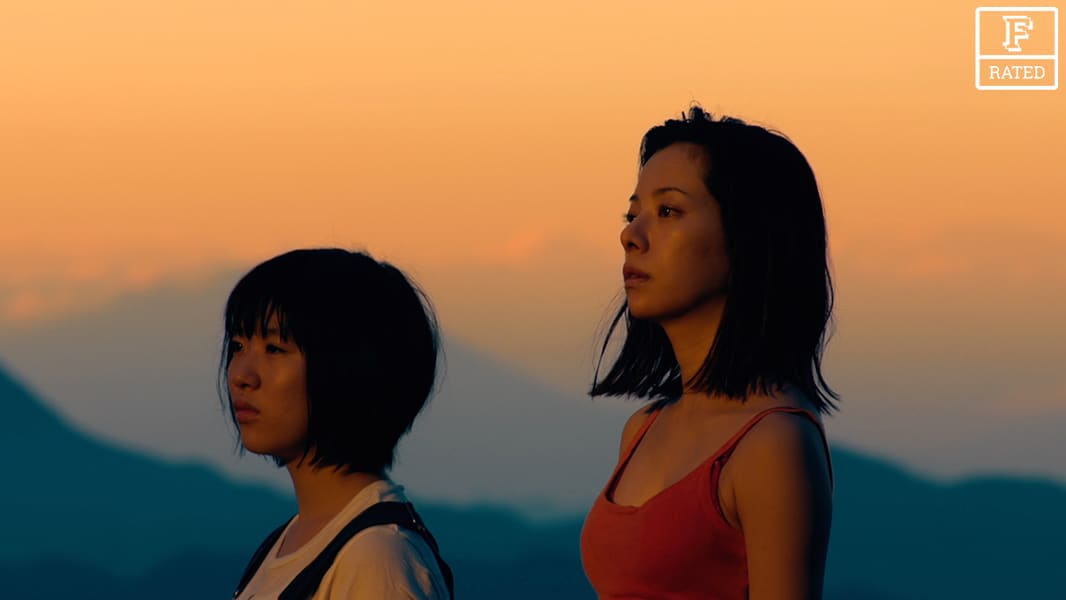 At 22-years-old Aya Igashi has already proved herself to be a talented filmmaker, whose work focuses on the quiet, yet profound struggles of her characters. In her first feature film, A Crimson Star, the story centres on teenager Yo, and the confusing feelings that she has developed for her former nurse Yayoi. Now making a living by sleeping with men in the back of her car, Yayoi seems lost, and Yo is determined to change this. The pair strike up an unlikely bond as they navigate their perplexing lives, one that borders between friendship and romance. easternKicks had the chance to meet with the young director to talk about her fascinating feature-length debut. 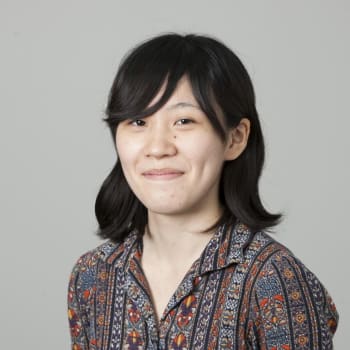 What was the inspiration for this film?
There are two things that inspired the film, firstly it was based on my own experiences from when I was a child. I was hospitalised, and there was a nurse who took care of me, which made me cry. At that time, I was confused by the emotions I felt, was I admiring her? Did I like her? Or was it another emotion that I was exploring? Years after that experience, when I grew up, I encountered a woman, and I thought that I might like her. Then I saw the film The Bride of Rip Van Winkle, in this film the main character and a woman really like each other, there’s only this relationship between them. They felt that they could die for each other, they could do anything for each other. I then spoke with this woman, that I liked, about the film, and we talked about the characters and how they could do anything for each other, and if it was possible in real life. I thought that I might like this woman, but once we talked about this I realised that our relationship was not as deep as I thought. We were communicating, but not at a deep level. It was a weak relationship, I thought it was strong but after we talked about this film I realised that wasn’t the case. These two elements, combined, inspired this story.

In the film two women who find solace in each other, and who suffer at the hands of men. Given the current #MeToo movement, why was it important for you to tell this story?
I was expecting this question, especially from journalists from overseas! It’s a big thing in Japan too, but it’s asked more directly here. I wasn’t really thinking about this when I was making the film, I didn’t make it for the #MeToo movement. I just wanted to focus on what’s happening in this story, it’s something that I didn’t even think about while I was writing. It’s a theme that will create a global discussion though, which I think is interesting. Like Hirokazu Koreeda’s Shoplifters, which is at its heart about a family, depicted society and a theme that was made bigger by the audience that watched it. [With A Crimson Star,] I was just focused on the story between these two women, what they’re facing in a small community, but eventually the theme became bigger.

Komatsu Miku makes her debut in this film, and Sakurai Yuki is excellent as Yayoi. What made them right for their roles? And what was it like to work with them?
I gave a lot of direction to Komatsu-san because she didn’t have much experience in acting. Of course, she was only 14 at the time of filming, but she didn’t have a lot of technique, so I advised her a lot. I put more emotion into her acting as well, because her story was my own. One of the things I told her, to help them act naturally, was that on her day off she should kiss Sakurai-san, without any cameras present. On the other hand, when I started writing the script I met with Sakurai-san in advance to hear about her experiences, and I reflected her story in the narrative. I was also inspired by a book, and I asked Sakurai-san to read it.

The film focuses on the character’s loneliness and isolation, why are these themes particularly interesting for you?
It’s simple really, this was what I was feeling at the time I was writing. It was what I was going through, and it came out in the script.

A Crimson Star also has a small community feel to it, and you’re from Hokkaido, how did your experiences there influence the film?
In my short film Tokeru it was also about a small community, which lived outside a major city in Japan. I was born and raised in Hokkaido, so I can rely on that for these films. But in the future, when I start to make more films I will start to make different stories. This is my first feature film, so I didn’t have a lot to draw on apart from what I knew, and the life I had, in a small community. It was a fundamental part of my first two movies. I’m 22, so I feel like I must write about things that I have been experiencing. I want to write about what I have seen and what young people go through. I cried when I watched Ladybird! So, I wanted to express something like that, something that I experienced in the past couple of years. It’s something that I can do at this age, it’s the right time and the right theme to choose.

You mentioned that you’re 22, and you’ve already made your first feature film which is impressive. Is there anything that’s challenging about being a young filmmaker in Japan?
In my opinion, in Japan independent films are very active right now, and they’re screening in cinemas. The film market is giving chances to young filmmakers to get their films on screen, but Japanese people, the audience, are not very enthusiastic about supporting them. So that’s what directors in Japan must keep working to overcome, and to draw attention to their films.

Your short film was shown at Cannes Film Festival by recommendation from Naomi Kawase, what was that experience like for you?

I enjoyed the audience reaction and their feedback. Japanese people, in my opinion, don’t think much when they go to the cinema, they choose movies that are easy to understand. The difference between the audience in Japan and overseas is quite interesting. Film fans from overseas have more opinions, more views, and they’re more sophisticated. So, when they watched my film their feedback was quite diverse, it was different too in Japan, because they didn’t even give me feedback! In the past, Japanese film fans were more sophisticated, so I’m wondering what happened, and why they’re less sophisticated. I want them to be more profound in the way they watch movies.

In Japan it seems that there’s quite a big divide between Blockbuster films and Independent films, how do you feel about that?
I want to be standing in the middle, between Blockbuster films and Independent films. There aren’t many filmmakers who have been able to do that. It’s quite a difficult question. I don’t deny that Japanese blockbuster films are good, I like them, and the directors work hard to make good films. In Japan it’s quite a big market itself, and we can recoup the production cost, and they’re focused on making films for Japanese audiences. My desire is to make a film with the same budget as a blockbuster film, and to make a more complicated, in-depth story that’s just as popular as them. Like Koreeda, and Sion Sono, I want to be successful in making those kinds of films.

What are your hopes for the future? And are you working on anything new?
I have already shot one short film, which is being shown as part of the film 21st Century Women. It includes films from 14 young, female directors. That movie will be screening shortly in Japan and will have its premiere at the Tokyo International Film Festival. I’m also working on a script now for my next project, it’s based on a Japanese novel. It’s a story that focuses on one woman who decides to sleep with seven different men, that’s how it starts, she then becomes pregnant, but she doesn’t know who the father is – like Mamma Mia. But, the film focuses on the baby. I am hoping this movie will be completed within three years. As for my hopes, I’m young and will continue to make films passionately. I want to climb up rapidly, I want to be successful and jump up to the top!

A Crimson Star screened as part of the 26th Raindance Film Festival.