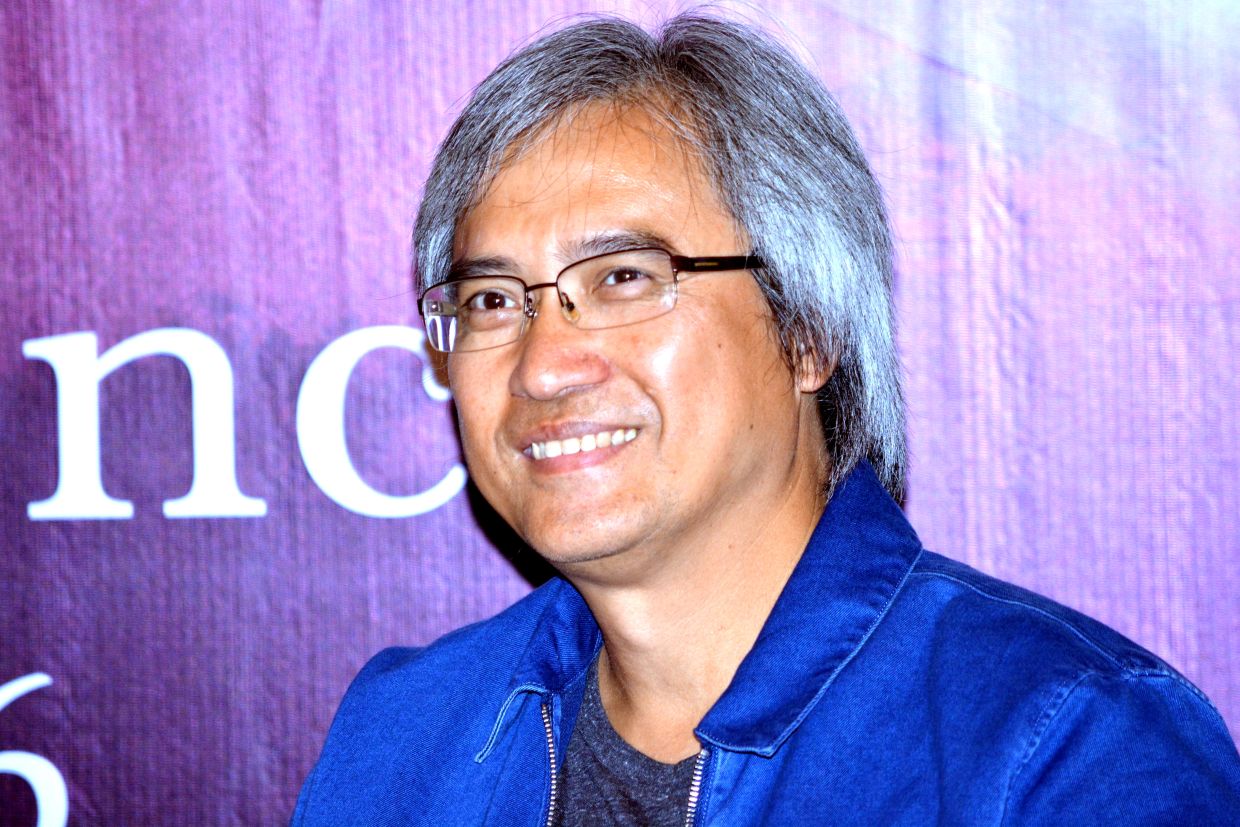 A look back at the career of top Hong Kong action director Benny Chan, who sadly died earlier this week…

There was sad news this week, with the announcement that Hong Kong director Benny Chan had died on August 23rd, having been suffering from nasopharyngeal cancer. Aged just 58, Chan was one of Hong Kong’s best known and beloved action helmers, having directed numerous genre hits and having worked with a long list of stars, including the likes of Jackie Chan, Andy Lau, Daniel Wu, Aaron Kwok, Louis Koo and countless others. Chan had recently completed shooting on his latest film Raging Fire, starring Donnie Yen and Shawn Yue, though had to step down from post-production after falling ill.

Chan was born in Hong Kong in 1961, and like so many others began his career at TVB, which he joined in 1982, also working as an assistant to Johnnie To. He graduated to directing in 1985, shooting episodes of the popular series The Flying Fox of Snowy Mountain, based on the writings of Louis Cha.

He made his feature debut in 1990 with A Moment of Romance, produced by Johnnie To, which would go on to be one of Hong Kong cinema’s most enduring classics. Starring Andy Lau, Taiwanese actress Jacklyn Wu, in her big-screen debut, and Stephen Chow regular Ng Man-tat, the film follows the tragic romance between a street punk and a young woman, with plenty of gang fights and action thrown in for good measure. A heady mix of melodrama, brotherhood and violence, the film gave Andy Lau one of his career-defining roles, and featured one of Hong Kong cinema’s most iconic and moving sequences, in which he and Wu dress up in wedding gear and take a final motorbike ride together through the city streets at night, to the strains of the fantastic pop ballad If the World had Romance, sung by Shirley Yuen.

Chan reteamed with Andy Lau for the Taekwondo-themed action-comedy What a Hero in 1992, which also starred Maggie Cheung and Anthony Wong, before helming his first wuxia feature in 1993 with The Magic Crane, produced by Tsui Hark and featuring Tony Leung, Anita Mui and Rosamund Kwan. He returned to the Moment of Romance series in the same year for the sequel, again produced by Johnnie To and starring Jacklyn Wu, though with a young Aaron Kwok this time taking the Andy Lau role. While the film essentially offered more of the same, albeit with more car and bike races, it still performed well at the local box office. After more action in the form of the Simon Yam thriller Man Wanted and the Donnie Yen TV series Fist of Fury, Chan won his first nomination for Best Director at the Hong Kong Film Awards in 1996 for Big Bullet, a hard-hitting police thriller which he also co-wrote and produced, and which starred Lau Ching-wan, cementing his reputation as one of Hong Kong’s top purveyors of full-throttle action.

This gave Chan’s career a boost, and more high profile films followed, including the 1998 Jackie Chan vehicle Who Am I, his second to be shot in English, and which was filmed in Namibia, South Africa and the Netherlands, helping to bring the director to the attention of international action fans. 1999 saw Chan helming another of his key films in Gen-X Cops, which had an amazing cast of then-up and coming actors that included Nicolas Tse, Stephen Fung, Sam Lee and Daniel Wu, as well as the inimitable Francis Ng and Eric Tsang. Following a group of young, devil may care cops going undercover to prevent stolen explosives being used for a terrorist attack on Hong Kong, the film was extremely popular, and benefitted from a Young and Dangerous style sense of camaraderie between the leads. Chan returned for the sequel the following year, as did Stephen Fung and Sam Lee, joined by a not-yet notorious Edison Chen, Maggie Q, Anthony Wong, and a young Paul Rudd – going by Gen-Y Cops in Hong Kong, the film was released in the west under the unwieldy title Jackie Chan Presents: Metal Mayhem.

Chan by now was being given bigger and bigger budgets to work with and he won another Best Director nomination at the Hong Kong Film Awards for his 2003 thriller Heroic Duo, starring Leon Lai, Ekin Cheng and Francis Ng, a police thriller with a bizarre but entertaining hypnotism theme – despite making very little sense, the film was a lot of fun, and like most of Chan’s works managed to deliver explosive thrills while suspending disbelief and never getting heavy-handed. This was also the case with his next film, New Police Story, the fifth entry in the ever-popular Jackie Chan series, which also starred Nicholas Tse, Charlie Yeung, Charlene Choi and Daniel Wu, and which gave the franchise a shot in the arm by introducing a new generation of characters, as well as a not terribly convincing, though vaguely fun extreme sports and X-Games theme – featuring lots of shots of Jackie Chan crying, the film was an odd mix of the whacky and the oddly serious, and was a huge hit for Chan, and won him another HK Best Director nomination, as well as nods for the film, and various cast and crew members.

Chan continued to work with Hong Kong’s biggest stars in his next films, the first of which was Divergence in 2005, which was written by Ivy Ho, who also scripted the Peter Chan classic Comrades: Almost a Love Story. Though still a thriller, the film was somewhat more complex than many of Chan’s other works, and followed a police officer, an assassin and a lawyer, whose fates intertwine after the kidnapping of a pop star, played by Aaron Kwok, Daniel Wu and Ekin Cheng respectively. While not entirely successful, the film saw Chan adding mystery and psychological elements to his usual action formula, and it went down well with both critics and audiences. After this, he reteamed with Jackie Chan on the rather mixed, though commercially successful comedy, thrills and melodrama mix Rob-B-Hood, another in the star’s continuing attempt to combine his action persona with more ‘proper acting’. 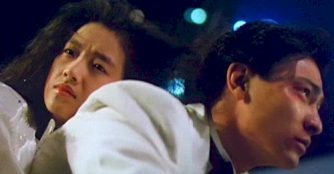 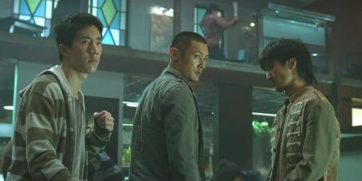 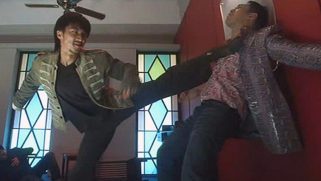 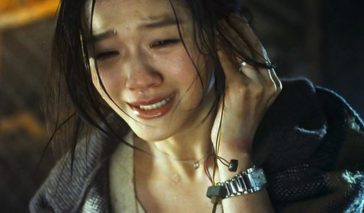 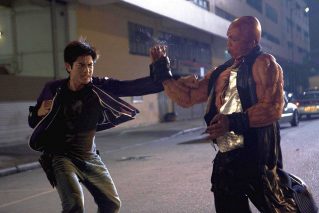 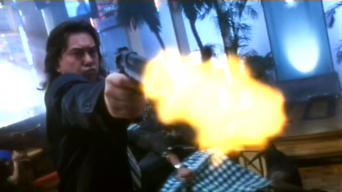 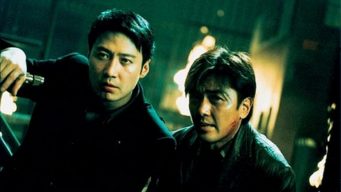 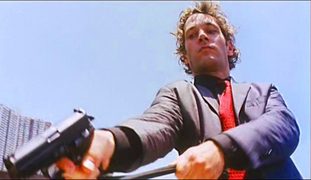 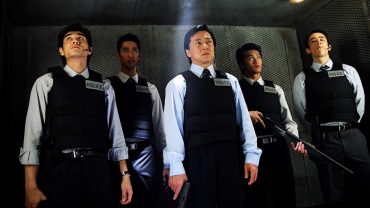 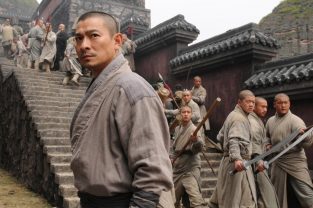 Next up was perhaps Benny Chan’s biggest film yet, the blockbuster thriller Invisible Target, which featured a big name macho cast in Nicholas Tse, Jaycee Chan, Shawn Yue and Wu Jing, who by then was rapidly climbing the action ranks himself. While the film, which followed a team of three cops trying to bring down a Ronin-styled group of criminals, didn’t make much sense, like Heroic Duo before, it was nevertheless an entertaining and explosive bit of fun, and was released in the west by the Weinsteins. More hits followed with Connected, his 2008 remake of the Hollywood 2004 mobile phone-themed high concept thriller Cellular, starring Louis Koo, Barbie Hsu and Nick Cheung, and the bizarre though enjoyable City Under Siege, a Hong Kong take on the X-Men, which took an A-list cast that included Aaron Kwok, Shu Qi, Collin Chou, Zhang Jingchu and Wu Jing and put them through all manner of whacky indignities.

Over the next few years, as well as the 2013 hit crime drama The White Storm, Chan made a couple of period pieces, starting with Shaolin in 2011, a new take on the time-honoured Shaolin Temple tale, featuring Andy Lau, Nicholas Tse, Fan Bingbing and Wu Jing, with a cameo appearance by Jackie Chan. The film had a classical feel to it, dealing with themes of karma and morality, boosted by a strong, multi-layered performance from Andy Lau and some great production values, and was a huge hit across Asia as well as being released internationally. This was followed in 2016 by Call of Heroes, a fine martial arts thriller in the best Shaw Brothers style, which reunited Chan with Louis Koo and Wu Jing, and with action choreography by Sammo Hung. Although a bit more aimed at the Mainland market, the film was still a very enjoyable and old school offering, and confirmed that Chan was equally at home with action in the past and present, and with swords, guns and fists.

Although the less said about Chan’s 2017 giant cat alien comedy Meow the better, anticipation is high for Raging Fire, with Donnie Yen as a cop under assault from his former protégé Nicholas Tse, who he believes had him wrongly sent to prison. A release date has yet to be announced at the time of writing, but hopefully the film will provide a fitting epitaph for Benny Chan, who has unquestionably been one of the best, most popular, and according to the many, many stars who worked with him, one of the nicest and inspirational genre directors from Hong Kong of the last few decades.