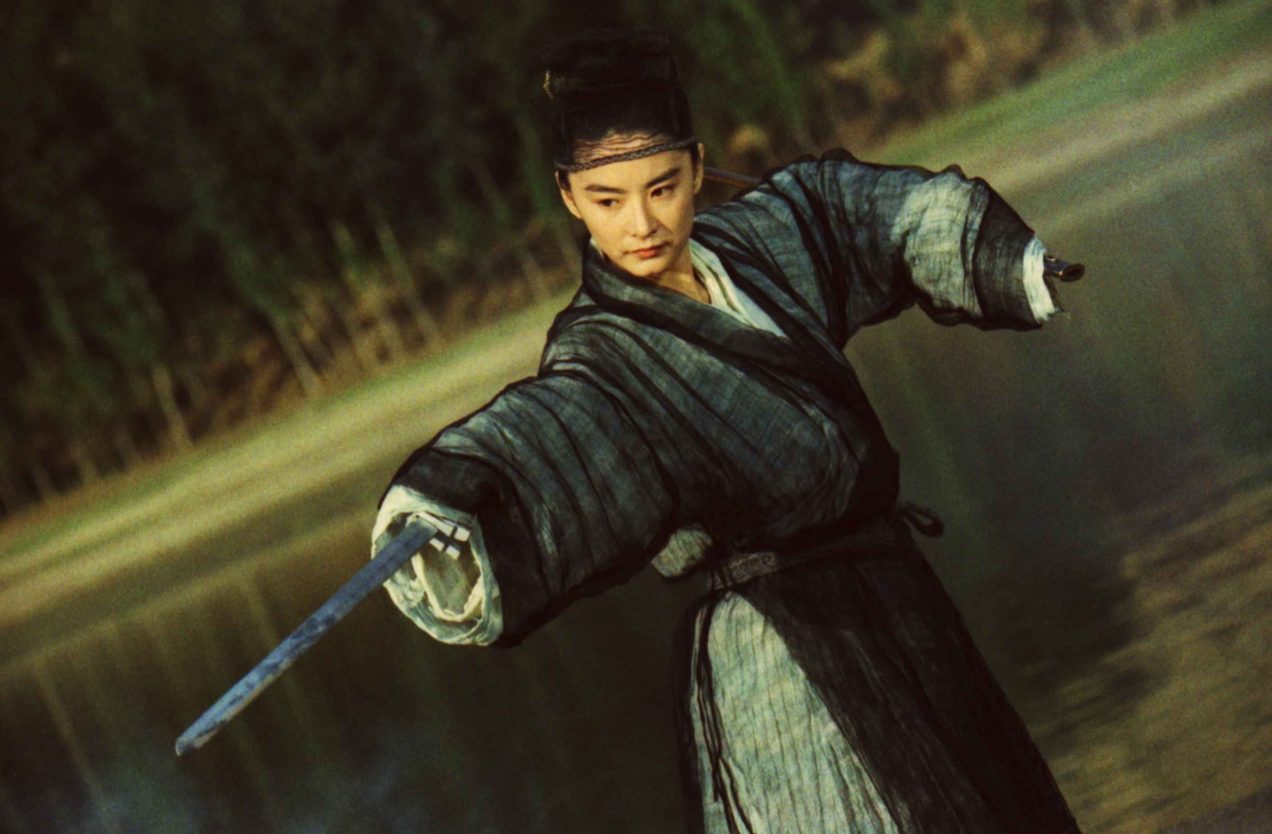 In Swordsman II (dir. Ching Siu-tung, Hong Kong: 1991), Brigitte Lin plays the ambitious Dongfang Bu Bai who seizes control of the Sun Moon Holy Culture Sect in order to vanquish the Japanese and become the leader of China. In order to gain the supernatural kung-fu power to do so, Dongfang must sacrifice his manhood. The act of castration, however, is not simply a movement from one binary gender (male) to the other (female) but rather a movement to a nonbinary gender position: that of a Eunuch. As a man becoming a Eunuch was a powerful identity formation from the Han Dynasty onwards in Imperial China as only Eunuchs were allowed inside the Forbidden City’s private quarters (poor families would sometimes castrate their sons in the hope of future success). Eunuchs therefore often occupied high positions in the Imperial Court as they were not seen as a threat to the line of succession. In Swordsman II, once castrated, Dongfang becomes ‘Asia the Invincible’ with devastating martial art powers that allows them to subdue their enemies and obtain political power over their opponents. Chan (2006) stresses that castration in Hong Kong cinema is “a radical mean” of achieving power (114). In addition, Asia retains all signifiers of male privilege including his concubines whose presence as objects of desire functions to question the heterosexual matrix of privilege through which patriarchy operates. Asia’s romantic relationships with Cici (Candice Yu On-On) in Swordsman II and Snow (Joey Wong) in the sequel Swordsman III: East is Red (1993) offer visible evidence of the distinction between sex (biology), gender (social construction) and sexuality (desire) that is integral to Judith Butler’s theory of gender as performative (doing) rather than iterative (being).

As time passes in Swordsman II, Asia becomes more feminine as demonstrated by the fact that his voice becomes her voice mid-way through the film while their bodily stances and expressions remain resolutely male. While theoretically woman is constructed as a castrated male in psychoanalytical terms, it is evident here that Asia can be most productively be classified as genderqueer or gender non-conforming. The act of cross-dressing stresses the performative nature of gender which has a long tradition in China (as it does in Korea) especially in Peking Opera where female roles used to be played exclusively by men whose performances were judged on how ‘authentic’ their femininity and femaleness were: that is rather than act as women, actors needed to ‘become’ women moving the performance away from the conventions of drag which tends exaggeration is privileged overexpression. In a similar way despite being considered one of China’s most beautiful actresses, Brigitte Lin’s roles as men, of which the Swordsmen II is not the first or last, were neither ironic or parodies, but were meant to be taken seriously. This is shown by the attention to detail in the Swordsman III: The East is Red through embodied signs and linguistic features where Asia adopts the outer costume and mannerisms of the Japanese samurai General, Kirigakure, as well as the corresponding language and speech pattern in order to attack the Japanese colonisers from within. Further in The East is Red, there is not one but rather multiple Asias, as power-hungry leaders of opposing factions utilise the disguise in order to control their people. One of these imposters is Snow, Asia’s concubine, whose imitation of her “male” lover provides a mechanism through which she can deal with the loss of Asia and whose death at the end of the film allows Asia’s recuperation into humanity.

While Brigitte Lin has on several occasions in interviews disputed her ‘femininity’, it is clear that even in her cross-dressing roles her star power would have meant that audiences at the time were much more likely to interpret her performance within conventional gendered terms and within normative paradigms. Despite this, it is evident that the constraining dictates of the male gaze in cinema were loosened by the oscillation between male, neutral and female personas as performed by Lin. The wuxia genre in particular with its Perhaps the best example of this is Ashes of Time directed by Wong Kai-wai which was her last film before retirement from the Industry at 40. Here Lin plays a pivotal role as Dugu Qiubai, a master swordsman or Sword Devil (who is male in three wuxia novels written by Jin Yong from which the film is very loosely adapted), who we first meet in the guise of Yang Murong during a bar brawl with Huang (Tony Leung Kai-fei). Later Huang agrees to marry Yang’s twin sister, Yin Murong but does not turn up for their first meeting which enrages Yang who then employs an assassin to kill him. However, Yin also hires the same killer to protect Huang creating a narrative impasse which blocks all action and leaves only space for contemplation of the passing of time. The use of Yang and Yin as names here is significant as Yang and Yin are the male and female principles in Chinese philosophy. It is no surprise therefore that Yang and Yin are revealed to be the male and female sides of the legendary swordsman Dugu Qiubai. As in the Swordsman films, Lin uses her body posture and mannerisms to delimit the difference between Yang and Yin foregrounding the social and cultural construction of gender by demonstrating once again that gender is performative rather than iterative through the inscription and embodiment of both male and female principles onto the same body. Chan argues that such roles open up a space of possibility and questions the viability of gender paradigms. Indeed the wuxia genre is one of the few action-orientated genres that allows women to be active protagonists (however negotiated that might be) in the role of knight-errant rather than solely exist for romantic purposes. 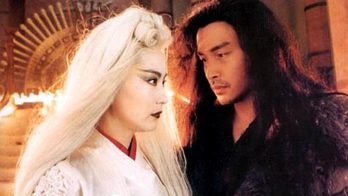 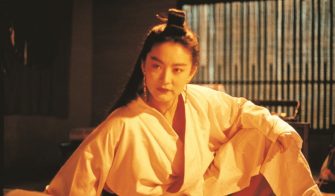 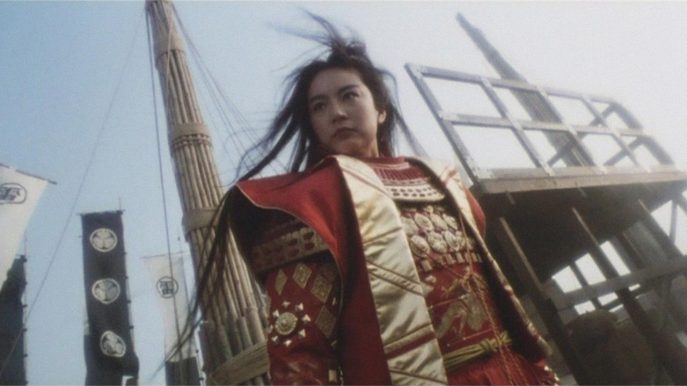 While such genderqueer roles represent a small percentage of Lin’s acting career given that she appeared in approximately 100 films between 1972 and 1994, arguably it was these roles that established Lin as not just Taiwan’s leading actress (Lin was born in Taiwan where she started her film career before going on to act in China and Hong Kong) but cemented her status as global icon. The importance of Lin’s willingness to challenge gender stereotypes by taking on genderqueer roles should not be understated. Representation matters and as we are seeing at the moment with Black Panther, representation can have a profound impact on how audiences see and understand their identities especially when those identities are construed outside of the ‘norm’ or mainstream. Brigitte Lin is an artist whose influence crosses geographical borders, generations and cultures, and whose non-gender conformity resists heteronormative recuperation within patriarchal restraints.

The first film that I saw with Brigitte Lin in a leading role was The Bride With The White Hair (dir. Ronny Yu, Hong Kong: 1993) in which she plays an orphan who is raised by wolves before becoming the plaything of Wushuang, Siamese twins who are at the lead a deadly cult. Freedom beckons when a chance encounter with Yihang (Leslie Cheung), a Wu Tang swordsman leads to a full-blown love affair. However, this romance is doomed when Yihang accuses her of having participated in a murderous killing spree of the Wu Tang leaders, a spree that is in fact carried out by the female Wushuang twin. Nichang’s hair turns white as she unleashes her inner demon and lays waste to the remaining member of Wu Tang before fleeing. The doomed lovers are reunited in the sequel The Bride with the White Hair 2 released within the year. While Lin’s role here might not fit in with the genderqueer parts that she played elsewhere, the relationship between Yihang and Nichang is disruptive of the dictates of the heterosexual romance as codified in mainstream cinema. Here Lin’s masculinity and Cheung’s femininity queer gender conventions offering an alternative to binary gender codings. For me, Brigitte Lin and Leslie Cheung are one of the truly great star partnerships on the twentieth century and I am so very sad that Leslie Cheung isn’t still with us. As a female film critic, I find Brigitte Lin an inspirational and empowering figure whose many roles provided a point of identification for the marginalised and oppressed.

Brigitte Lin Ching-Hsia was the focus of a special strand at the 20th Udine Far East Film Festival 2018, where she received a Lifetime Achievement Award.

Genderqueer refers to gender fluidity and non-conforming gender. I could have used nonbinary but chose to use genderqueer as the most appropriate term as it does not reference or reinforce gender binaries especially here as used to refer to performative gender expression.

For a discussion of gender roles in Chinese theatre and cinema, I recommend Stanley Kwan’s documentary Yin & Yang: Gender in Chinese Cinema (1998).