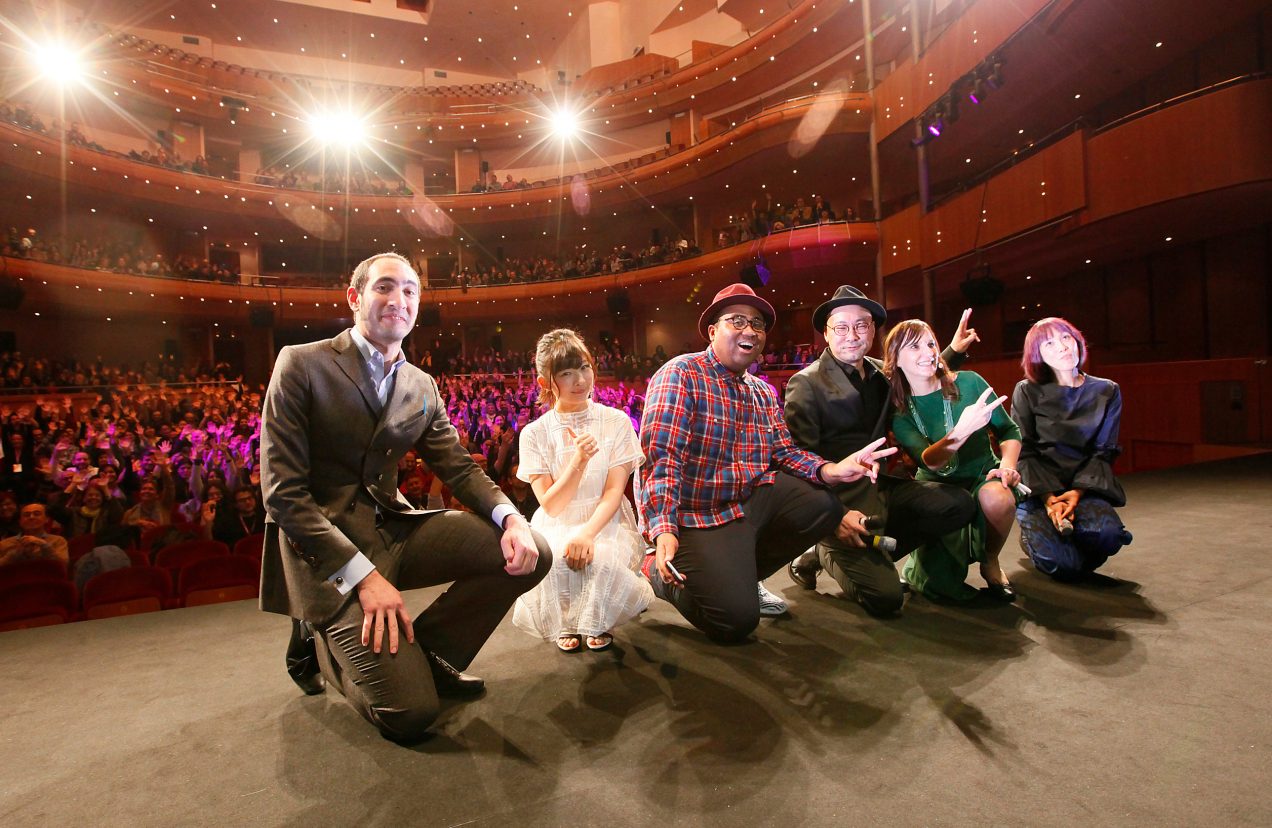 We talk to the director, stars and producer of Love and Other Cults…

easternKicks: I’d like to start by asking about where the inspiration for Love and Other Cults came from…?

Eiji Uchida: This story was originally a true story, based on a woman who was a mother. What happened was I had the chance to listen to the story of her life, and that became the basis for the script, and also the original story she told me was much more hardcore than the one I portrayed, so I made it more ‘pop’. In the story, I also wanted to put something about the prostitution of teenagers and how the Yakuza are doing evil by using teenagers, but again these are all problems of the Japanese current times and are strongly felt in the country. I tried to make them come across in a more pop way in the film, but the narrative is basically all how it was given to me.

This woman was then also part of, what I call, ‘yankee/mid families’, and she entered an acting group in the first year of junior high school. She did this because she wanted to be loved by the families she was with. The mother actually played a model in the finished film. Her story was very interesting, very hardcore. I think she perfectly symbolizes a Japanese local person, as this idea of a countryside where you have the adults exploiting the young people, and the young resorting to gambling and prostitution is pretty popular locally. 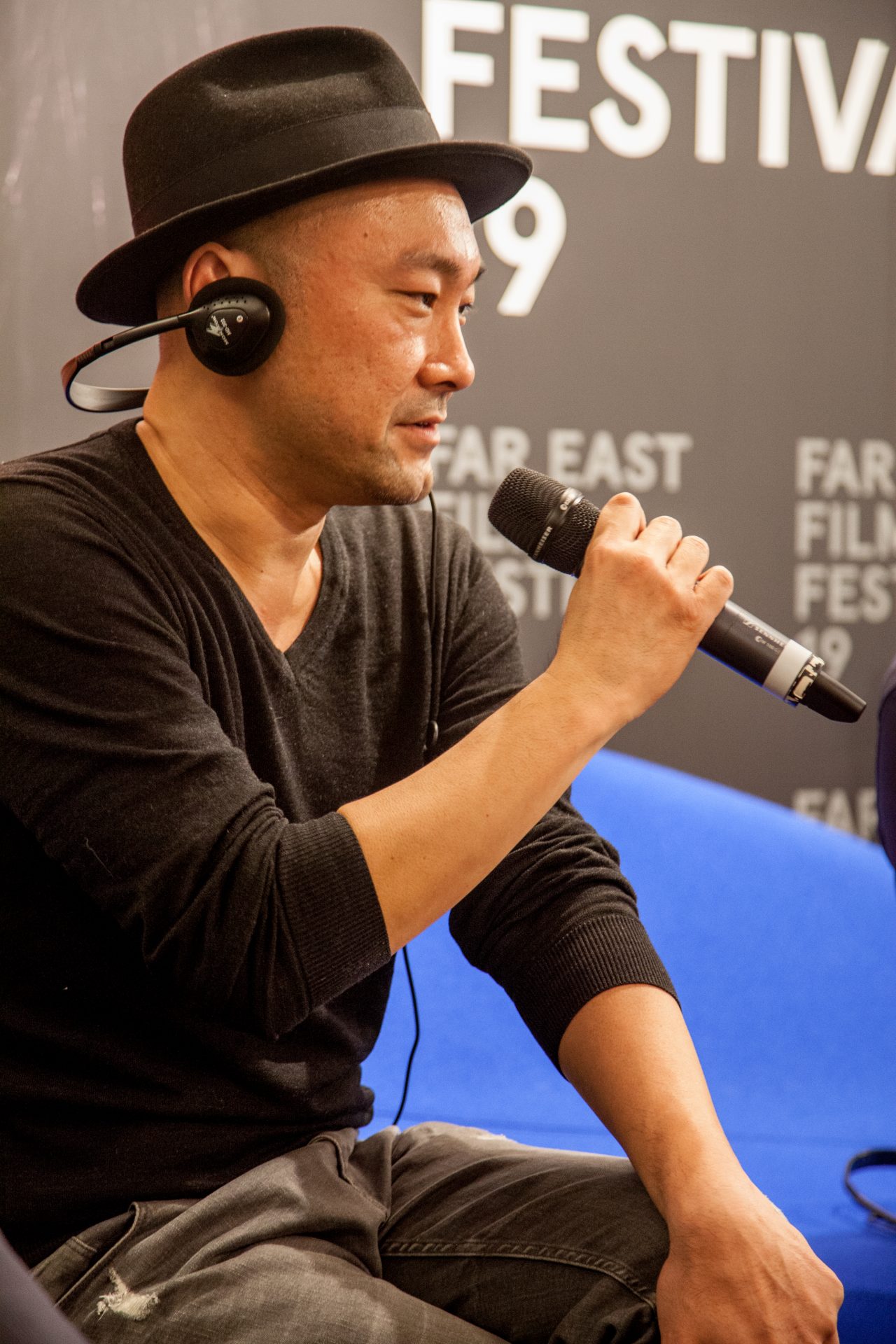 eK: What is the difference between the Japanese audience and Italian audience here at the festival?

Eiji Uchida: In Japan, nobody would watch a movie whilst speaking or making a loud reaction, and I don’t know if its Italy (as I feel Italy is different to the rest of Europe) but here everyone had a strong reaction to watching my film. I enjoyed watching the film here with a reactive theatre as its fun to be with them, and their reactions were loud whereas in Japan they wouldn’t speak at all in the cinema. Also during the final credits, the Japanese people would sit down until the very last moment, but usually Europeans and Americans just leave halfway through.

Eiji Uchida: We didn’t know after Lowlife Love that there would be a further collaboration together. The thing was that Lowlife Love did very well at the box office, and because of that there was then the ability to proceed with a different project, as the producers are English and in this case it was also the chance to show a new cultural gap through this.

eK: There is a thread about wanting to tell stories about the losers in life who struggle, I wanted to ask why you approach these stories and why they attract you so much?

Eiji Uchida: This is something to do with the fact that I lived the first 11 years of my life in Brazil, and then up to the age of 21 I was back in Japan, and for those first 10 years I felt not at ease. I felt that I was not getting integrated well with the Japanese community, so when I was back in Brazil then I loved Japan, and I had a strong awareness of being Japanese, but when I went back in Japan I was bullied.

Now it’s different, but the Japanese situation at the time was quite conservative. It was quite a conservative area I was in, and I was treated as an outsider, and these outsiders that get spoiled in a bad way is an experience that I went through, so there’s the inspiration for some of my films and attraction.

I now both love and hate Japan, but at the time I just hated it. Adam however hates the UK, so perhaps we’re a good combination. 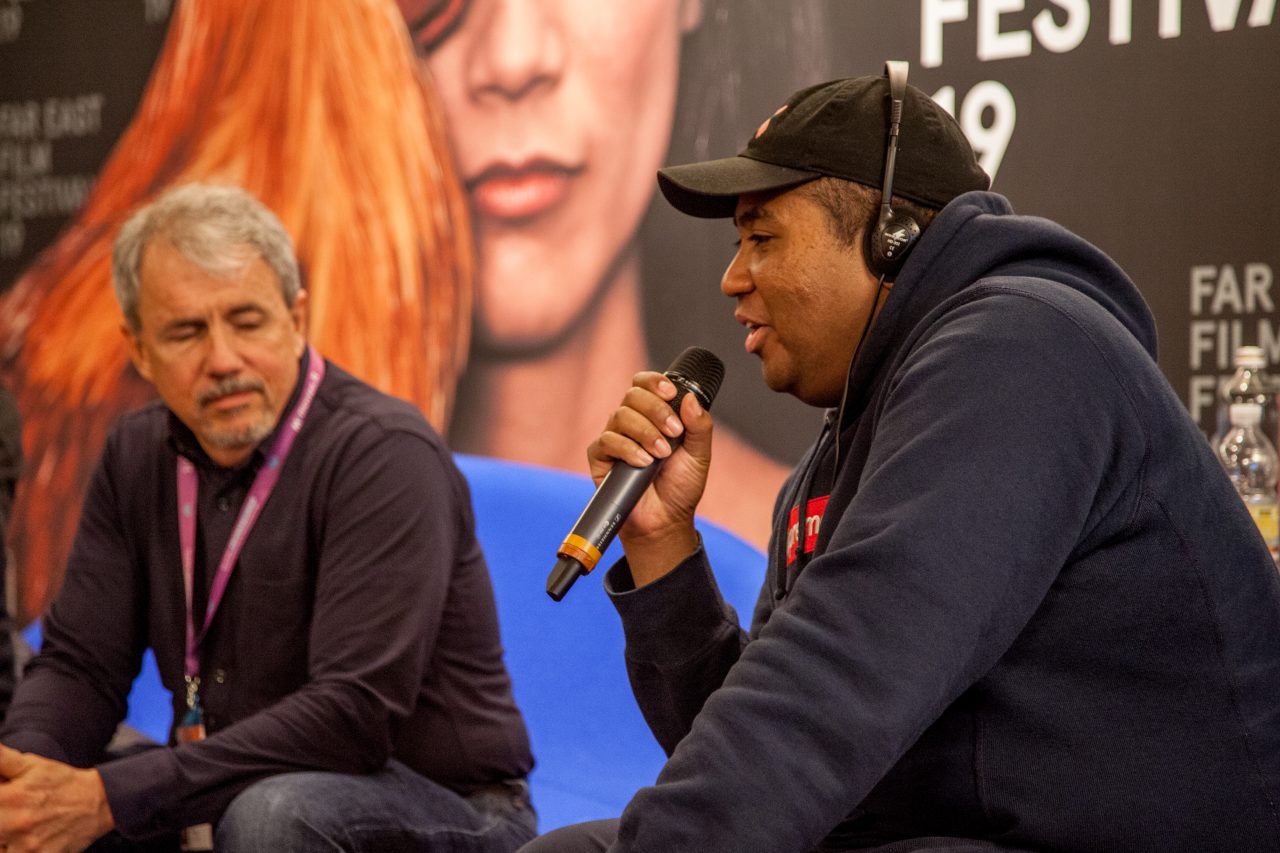 eK: Antony, is this your first film, and what drew you to be involved? Were any of your comedic experiences used in the film?

Antony: I can say that I’m by all means a Comedian from top to bottom, but of course in order to do comedy you have to know how to act. One might say that acting is an extension of the activities as a Comedian, so yes don’t expect me to start becoming an actor because of this film as you can’t become one all of a sudden. There are however interactions between being a comedian and being an actor, and perhaps in Japan there were not actually any possible roles I could play as an actor until director Uchida approached me. I thought there was the possibility to become an actor, so I tried to do my best, but what happened is that now I really feel is that I moved from a comedian to an actor, 100% an actor, and I know that my career as an actor has started now because of this film.

That was sort of a joke, I’m not 100% convinced that I’ll become an actor. I’ll have a long talk with the director. In Japan we did not have enough time to talk to each other, but at this festival we have lots of time so we’ll chat and see what we can do for the next movie.

eK: Why did Eiji Uchida choose Antony for the role of a half bad person?

Eiji Uchida: You often have people living half bad, half good lives all around us. In Japan there was this episode of a certain actor being beaten up by a black afro person, and this casting would give a sense of reality in my film. When I first met Antony, he had this very fearful face, although he was not fearful at all.

Also when I decided to cast Miss Ito, there was often the case of people being in bad gangs that have ‘thick’ voices, as they’re in a business where they have to shout and use it much. I remember the first time I heard her voice, it felt like the voice of a male.

Sairi Ito: No, that’s not true!

Eiji Uchida: Yes at the moment of the casting, I thought that was quite a strong point.

eK: Since this is Antony’s first role, I’d like to know what was challenging for you, and what was it like to work with Sairi Ito?

Sairi Ito: I have to say, before this movie I have not performed another one with a love scene or where I have to get my clothes off. Completely exposing myself, I’ve had no experience of that in the past. So in that point of view, this time, having to show myself in the movie was something at first I was uncertain about. But when we started shooting it was fun, and I came about quite well doing it, so this movie is very important for me as I had the chance to make this experience. 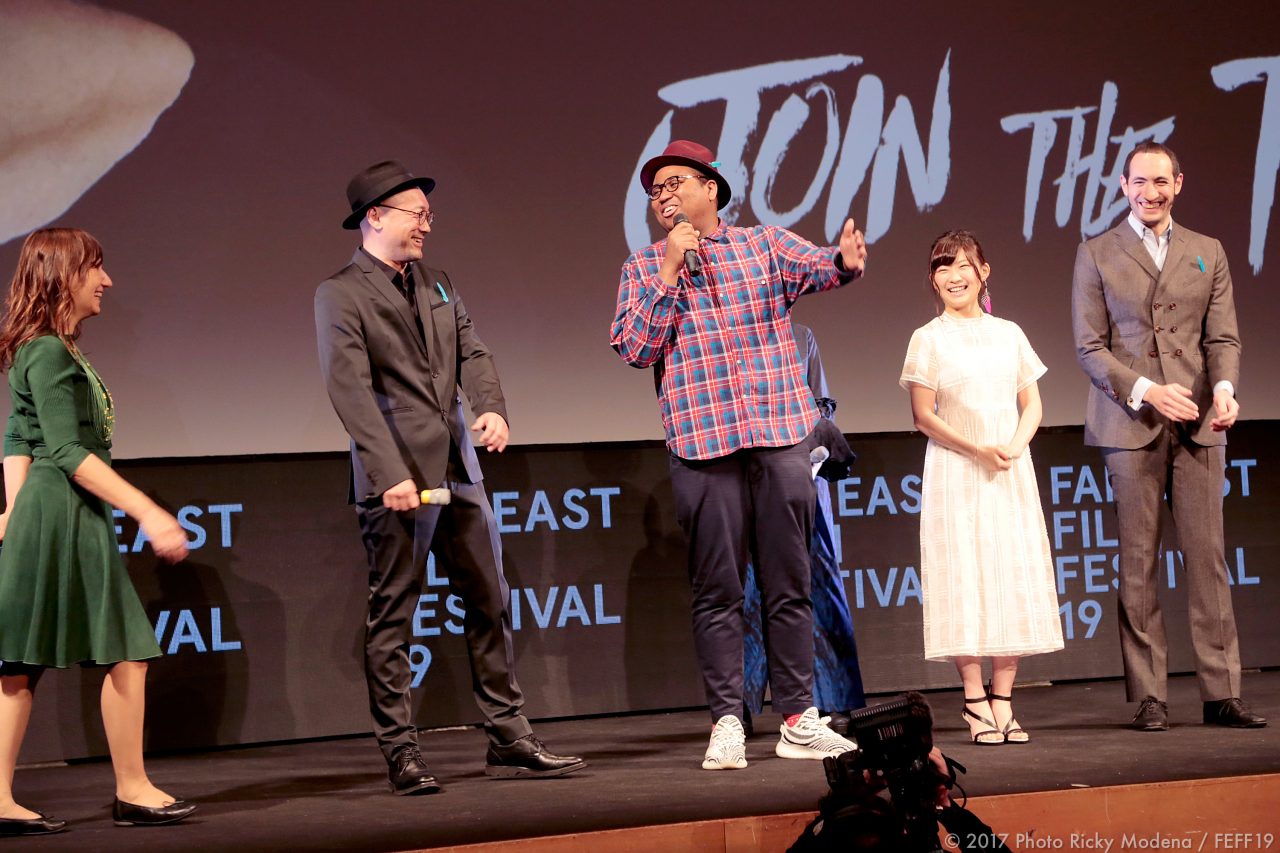 Antony: In my place it was the first time for me acting, and Kenta is quite a particular character because he has no real strong expressions, whilst on the other hand as a comedian everything in my life is told through facial expressions. From my point of view it was quite difficult as Kenta is a cruel and dangerous person, and showing that with no facial expressions was difficult.

The director would come to me now and then and say “No that’s too much, you’re overdoing it. Is there really anybody who beats somebody else like that? No there is not”. So I would get all this guidance from him, and last but not least the kiss scene, as the moment I read it in the script I was in a state of shock. When I heard everything about the movie, I thought at some points I would be a comic character, but that wasn’t the case as I was a real bad guy that had within himself many emotions but not showing any, and then there was the kiss.

After all, I think I was able to perform everything that came up well, including the kiss. It probably wasn’t the best kiss, but yes I would say that’s it. I would have more to talk about the kiss scene if I’m allowed?

Eiji Uchida: Be careful Antony, such a thing in Europe may come out as sexual harassment!

Love and Other Cults screens as part of the New York Asian Film Festival 2017, which runs from 30 June to 16 July.