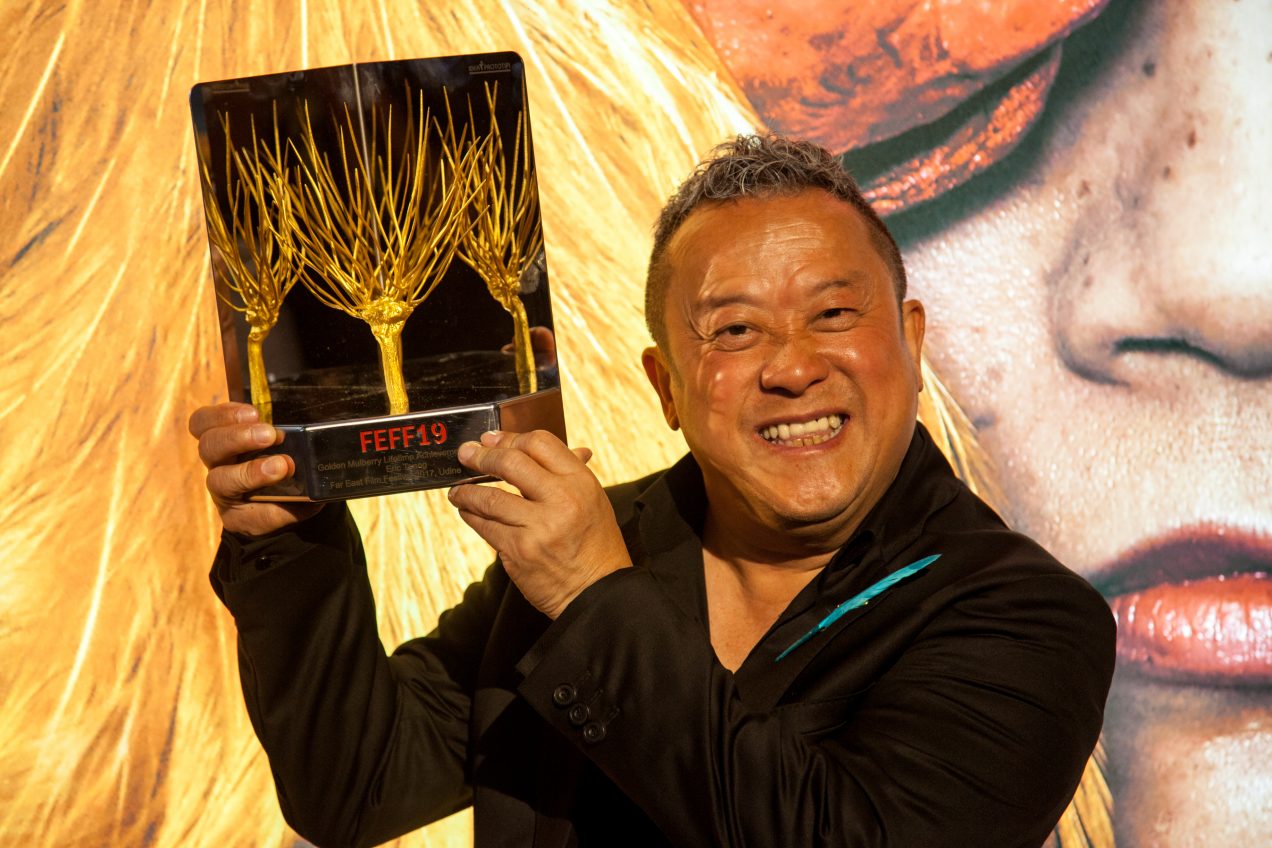 With the actor due to receive a Lifetime Achievement Award, we talk Mad World and more…

This interview took place with Eric Tsang privately during the 19th Udine Far East Film Festival, where he was promoting his film Mad World and received a lifetime achievement award. Mad World will screen at the New York Asian Film Festival 2017 on Wednesday 12 July where Tsang will receive the NYAFF 2017 Star Hong Kong Lifetime Achievement Award.

easternKicks: How was it to work with Shawn Yue on the set of Mad World, and how did you prepare for your character role?

Eric Tsang: One thing is very different from my usual working pattern in other projects; is that I’m a happy person and always bring a lot of food to share on the set, I joke with the crew, and for me being on the set and working with the crew is a fun time. For Mad World none of us had to be happy all the time, and Shawn Yue was afraid that seeing me we’d both share too many jokes, so we each quietly hid from one another on set until it was called for action. This was to develop the mood and emotion required for the next scene, we also had a very tiny budget so only had 16 shooting days and wanted to get it right first time. Every second counts, it’s not like you can go and have fun and come back.

The minute we were on set, we had to transition into the mood of the characters. I realized that one thing is very clear, the relationship between myself and Shawn as father and son was never good before hospital release, and then we got to know one another. And we tried to reconnect as well in our performance. I also had feelings like this personally with my own son Derek, as I’ve always been busy working and not had time to get to know him. My son is now a filmmaker in the industry, so we both have more time now to be together. So I adopted those feelings of missing my son and wanting to be together again, into playing the role in Mad World. 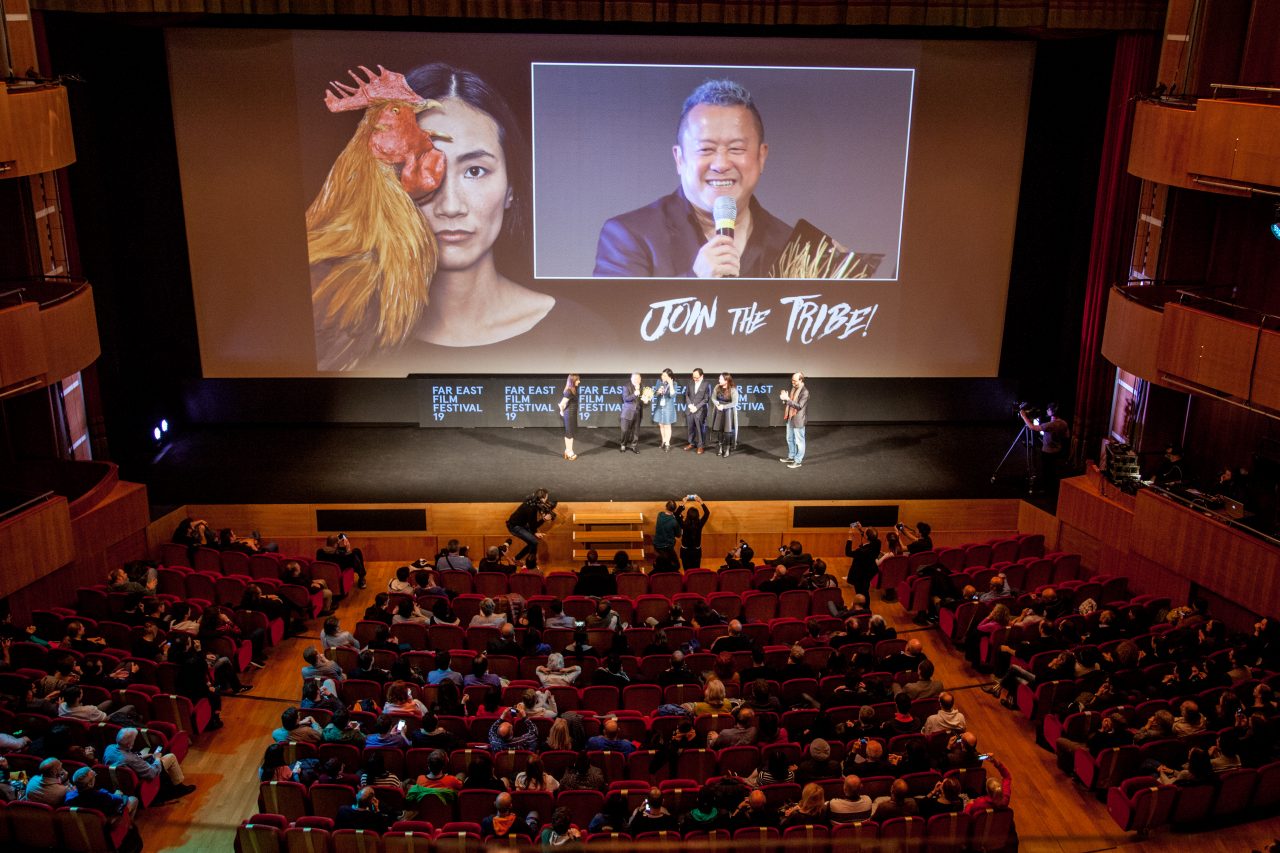 eK: You’ve played a mentor character quite a lot in your recent films, how do you feel about being typecast like this in your later career? As you said yesterday you felt it was too early to earn a lifetime achievement award?

ET: First of all, as an actor you don’t have the choice of who you want to play. It is the perception by the director who they think is suitable for the role, so its not my choice I’m being chosen for these mentor roles. The recent development of these roles is because I’m getting a bit older, but I’ve also been in the industry long enough and people respect me just because of my filmography, so I naturally take leadership and senior roles.

The biggest change for me was working with Peter Chan, and that was the first time I ever played as the head of a gangster, in one of his movies. I remember there was an older gentlemen when I was younger, and he always joked a lot and had the capacity to be very accepting and supporting of others. He was always caring, and I adopted those elements into my character and translated them into the gangster role. The outcome of that gangster role was acceptable, and since then more and more of those roles have come my way. That was the pivotal change that I’m no longer the chubby short guy, as I have a baby face (so I was always typecast as the person to be bullied), and now I’m elevated above that and I’m happy about taking on this new direction in my career casting.

Another thing is a lot of directors are more interested in picking a person, that doesn’t look the stereotype and everyone looks and says “Oh he is the gangster type”, no I want to challenge roles and be different. They want people that will be accepted by the audience, and for me I feel directors will be satisfied in casting me in these roles. The main thing is if you want to be the big boss, you have to go out and pay all the bills and talk the talk, and then you can go out and claim to be the boss. 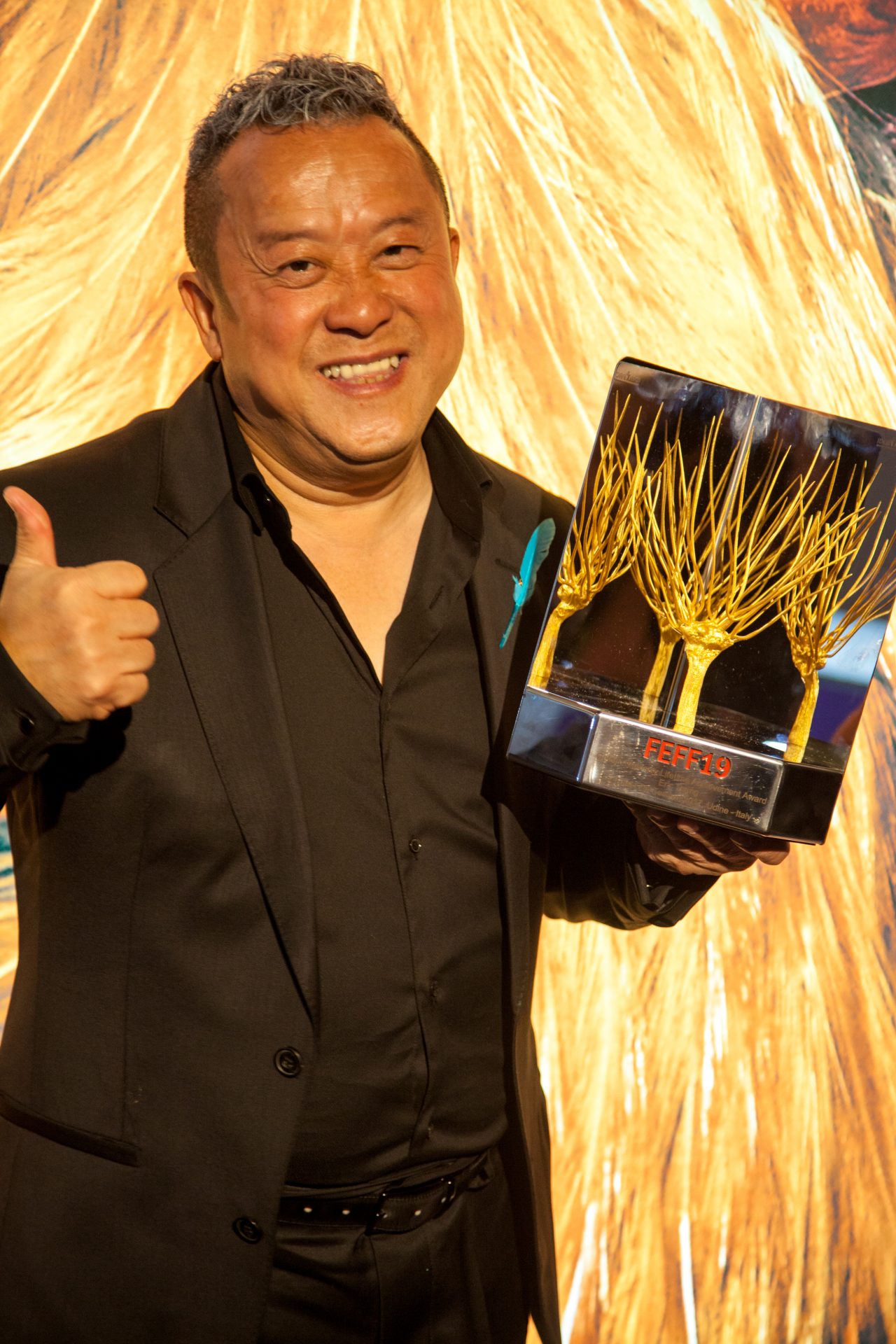 eK: You were in Kung Fu Yoga and Skiptrace, both with Jackie Chan. How do you feel that Hong Kong filmmakers and actors can survive in this modern day? There’s a lot of Western money and co-collaboration productions coming East, such as The Great Wall or Dragon Blade, as an actor is this the way for you to continue making films in the future?

ET: Collaboration now is going into a global network. In the past Hong Kong movies and cinema only hired local professionals, but American movies are really international as they have a French DP and editor from Iran and American director, they have the budget to make a multinational collaboration, and for every filmmaker this is a dream, to be able to work with so many people and ideas. The outcome of such collaboration will be multi-level and the whole world will benefit.

Nowadays the China market is so booming and creating movies there has become a viable return. You can actually recover the investment from the box office, so for any filmmaker this is a dream coming true. It’s a realization of a dream, that you can work with 1st class international professional industry people to make a movie, so it’s a good development.