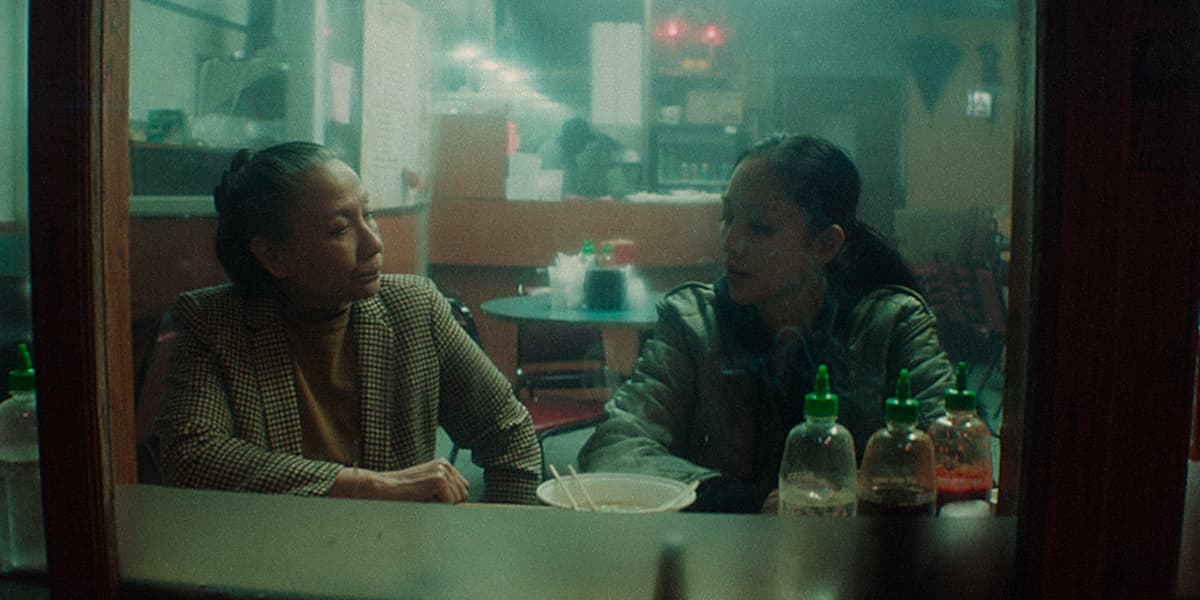 It took Evan Jackson Leong more than 14 years to finally see his underdog gangster epic, Snakehead, come to fruition. Based on a true story, the film recounts the life of a human smuggler (or ‘snakehead’), Sister Tse, who slowly works her way up the ranks of a local crime syndicate in New York City’s Chinatown underworld. The film is a labour of love from a filmmaker who grew up appreciating gangster films, and hoped to create a narrative that represented his own roots and culture.

Leong spoke with easternKicks over Zoom during the 2021 edition of the Toronto International Film Festival, where the film is screened.

Before we get into Snakehead, can you talk about what kinds of films you watched growing up? And what has influenced you as a filmmaker?
There’s two eras for me as a filmmaker; the era before I realized I wanted to be a filmmaker and the era after. The era before, I was a Schwarzenegger fan. I loved Predator, Running Man, and Van Damme movies. I grew up watching Scarface, Big Trouble in Little China, Goonies, very American classic stuff. Those are the kind of movies I grew up on in the ’80s and ’90s. And when I got to college, I figured out, “Okay, I want to be a filmmaker,” and you just get deeper and realize that the world of film is so much bigger and there’s so much more opportunities to tell different kinds of stories. When I got exposed to Wong Kar-Wai, I was like, “Wow.” The game just changed for me in what you could do in terms of storytelling and visuals in a movie. You then get exposed to Kurosawa, and you really get back into some history. And as much as I love some of the Sergio Leone spaghetti Western stuff, I think a lot of the more contemporary Asian filmmakers and directors were always guys that I was really excited about.

And with Snakehead, it took about 14 years to actually complete the film. When you finally wrapped up everything, what kind of feelings did you have on the last day on set?
I mean, I felt like a million bucks! When we finished and finally wrapped shooting, I felt like I did it. But I didn’t do it, because you got to edit it at that point, and that took a really long time. It took a really dark night of the soul sort of moment to really find out what I’m made of as a filmmaker. When you’re filming, it’s great to have a big group of people that are so passionate and have this awesome experience together. But then when you’re editing it, it’s just you and the editor and 10 hours of footage. How do we make that something that people will watch? You assume that’s easy because it looks easy because you got everything there, but it’s not. We really had to rework the story and rework ideas in the edit process. I didn’t fully learn, I think, what it means to be a director of a narrative feature film until the edit. I knew how to execute things, but telling the story was very different because I come from documentary filmmaking where when you edit something, anything you show on screen is the truth. With narrative filmmaking, you’re trying to create truth every second. Once you lose that moment of truth, you lose your audience. That was something that I really had to face and deal with to get to this point. 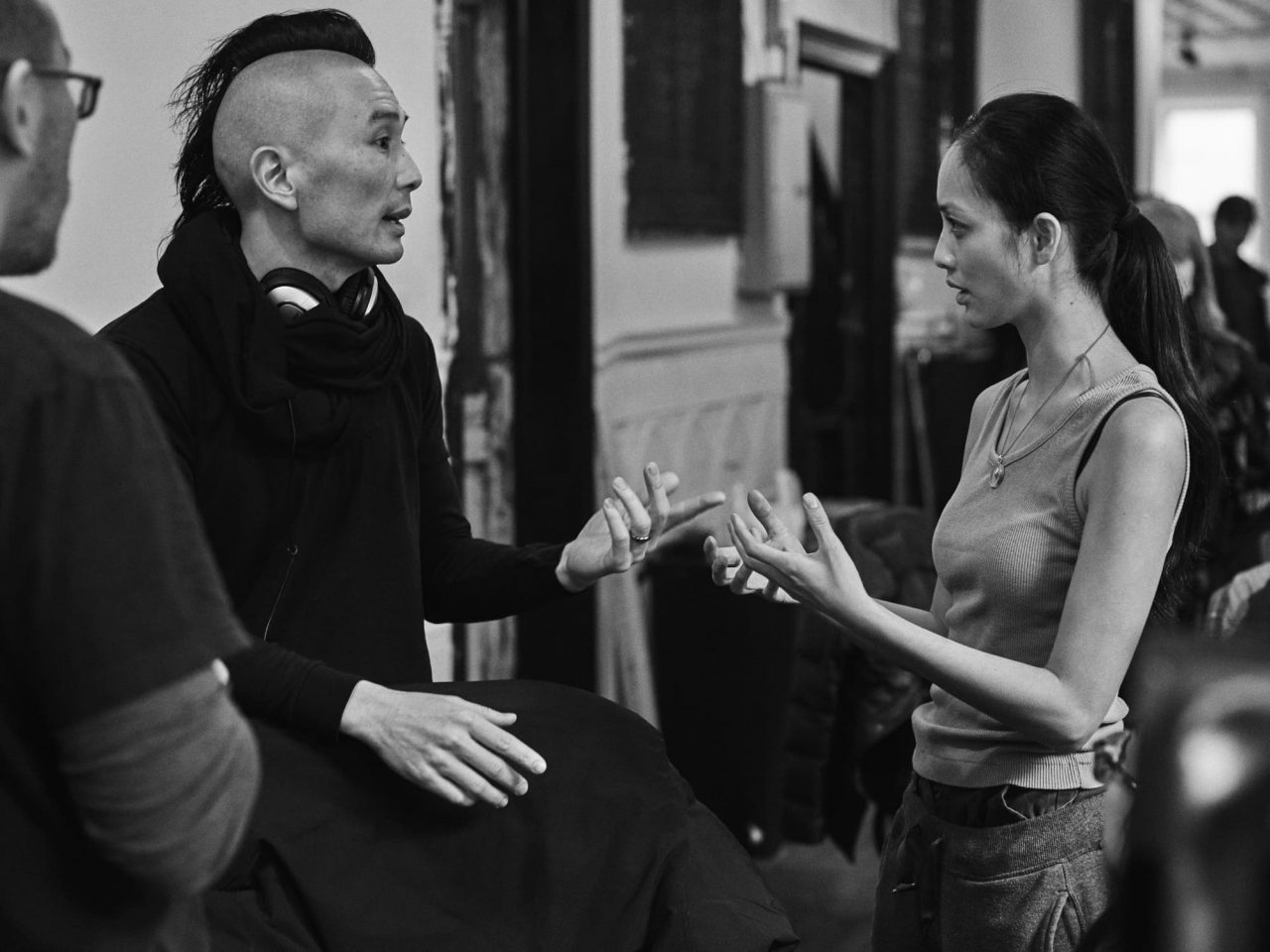 Did your idea of the film or the actual final product change at all over the years since it was gestating for so long? Or did changes happen again during the editing process?
The core reason of why I made this film always stayed the same. I think trending ideas and themes change and evolve as an artist. I mean, I was a 28-year-old filmmaker and I’m a 38-year-old filmmaker now. I’m a very different person just as an artist and you look at the world very differently. What’s cool when you’re 20 isn’t necessarily cool when you’re 30. It’s just very different.

Can you talk about your research process for the film? I mean, I assume a lot of what’s depicted aren’t stories that you can necessarily find on YouTube or books in the library.
This all happened in early 2008/2009, and YouTube’s not even that big, so it was really just talking to people. The good thing about New York City is that if you build enough rapport and reputation, people will introduce you and people will want to just tell you their stories. I went and talked to everyone from law enforcement, the FBI, to the underworld and old-school gangsters. I mean, how many times I’ve eaten dim sum with all these different guys in different places just to get them to trust me, and then also give me some real meat and some real stories. That just takes time. I moved to New York in 2009, but I didn’t really shoot this until 2016, so I have all of these years of stories and building rapport with the community and people to tell me these stories. That was a huge part of the process, and it was very important for me to explore that.

And with your documentary background, was there any point where you thought Snakehead would be a documentary instead of a narrative film?
It was always going to be narrative. I think as artists, you’re constantly looking for that new challenge. When I first started out doing music videos, I’m like, “Okay, let’s do a documentary. I already did a documentary. Let’s do a feature documentary.” You do that and then you just keep elevating. I’ve always known that the pie in the sky was the narrative. I’m glad it came at this point versus earlier in my career, because you really have to be a certain age and certain maturity to actually get this thing done.

In terms of casting for the film, did you always have Jade Wu in mind? She just seems to really embody the role and there aren’t a lot of Asian American actors in her age group and of her calibre working today.
She’s [Jade Wu] been in this game longer than I’ve been in the game. I knew who the character was when I wrote Dai Mah, but when Jade came, everybody was like “whoa.” It just changed the set and it changed everything. Everyone better show up because Dai Mah’s here. I think that presence, that feeling, we all knew what that archetype was. I think with Jade, it was like she embodied it perfectly and gave me so much more than I expected. She gave just the right amount of strength and the right amount of vulnerability that I think was relatable. 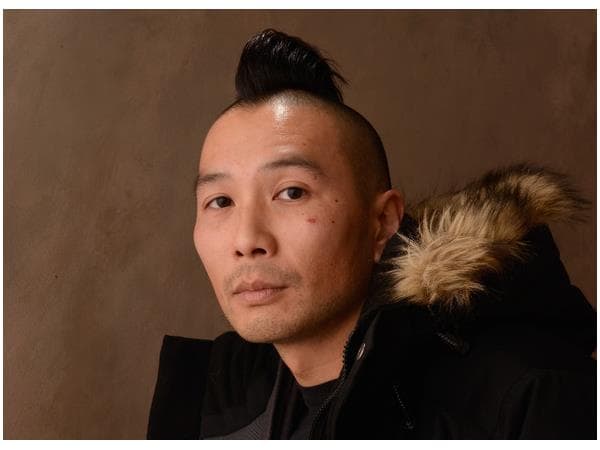 And did you find it hard to find such a large cast of Asian American actors in general?
It was hard to find the lead, and we did a mass audition for the lead because I was like, “There’s got to be a new face.” Surprisingly in our community, we found Shuya [Chang]. Her audition tape was like, “Wow, there’s something different. There’s something special about her. Let’s explore this,” and then she came on set. It was amazing. In terms of all the other actors, being in this for 20 years, you pretty much know all the actors and actresses in the network. There’s not that many of us!

I wanted to end off by asking why it was important for you to highlight this particular story. With Linsanity, you were profiling a very successful Asian American story so to speak, whereas in Snakehead, it’s a story that involves a life of crime and highlights some darker times for Asians living in the city.
I grew up watching movies like The Godfather and Scarface, and I loved those movies. I was always like, “I want to make those films, but I want to see it with our faces.” And I love the story of the underdog. I am an underdog, we are underdogs. Me and you, we have to be twice as good. I mean, why do we have to be twice as good in everything we do to survive in this sort of environment? Because if we’re just good enough, that’s not enough. Jeremy Lin, Justin Lin, they have to be twice as good. The smuggler [in Snakehead] has to be the biggest smuggler in the history of New York City. Everybody loves the underdog, and that’s the story that everybody can relate to. That’s what this story really is. When you break it down, it’s a woman who’s an underdog in this world. That’s the theme in all of my work; dealing with the underdog becoming a role model and the underdog becoming an icon.

Samuel Goldwyn Films and Roadside Attractions will release the crime thriller SNAKEHEAD in Theaters, on Digital and On Demand on October 29, 2021.