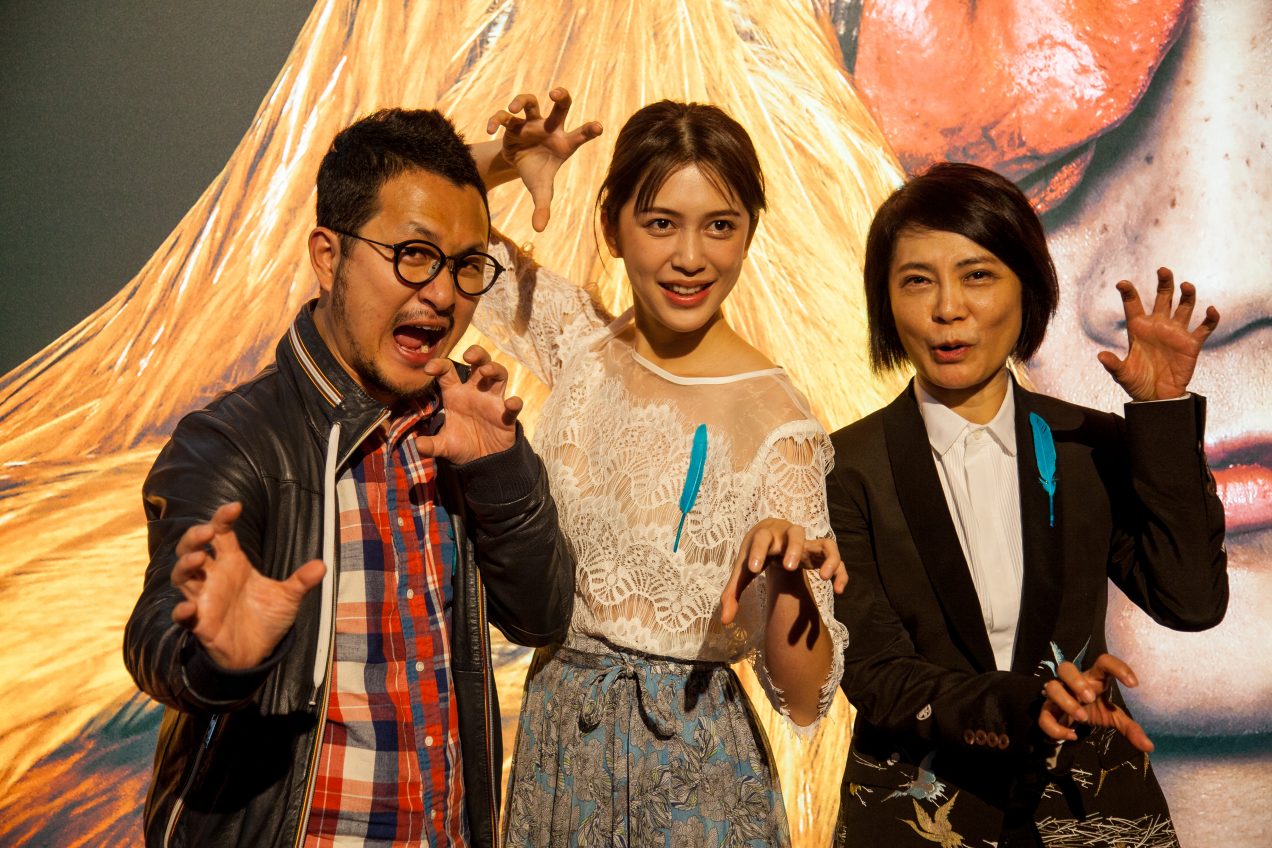 easternKicks: This is the first time you’re directing an original story that’s not based on your novels, why did you do that?

Giddens Ko: The last time when I made a film, this situation was a very peculiar one as of course one has to go beyond the written work. Last time I was criticized though, and this time I have no novel for the film to be based upon. It’s simpler and more relaxing, last time when I was the writer of the novel and the screenplay (and the director) then things were more difficult for me. This time I can be more creative as the director; I am free to change my ideas and have more freedom in managing everything.

When you write a novel and then make a film out of it, you have to change the way of expressing your ideas, so I wanted to have some time to think about Mon Mon Mon Monsters instead as there are new ideas that come to your mind. I asked my producers to take more time, my audience is a young one and they might be afraid of horror, but when I write a novel I have many ideas I can include. 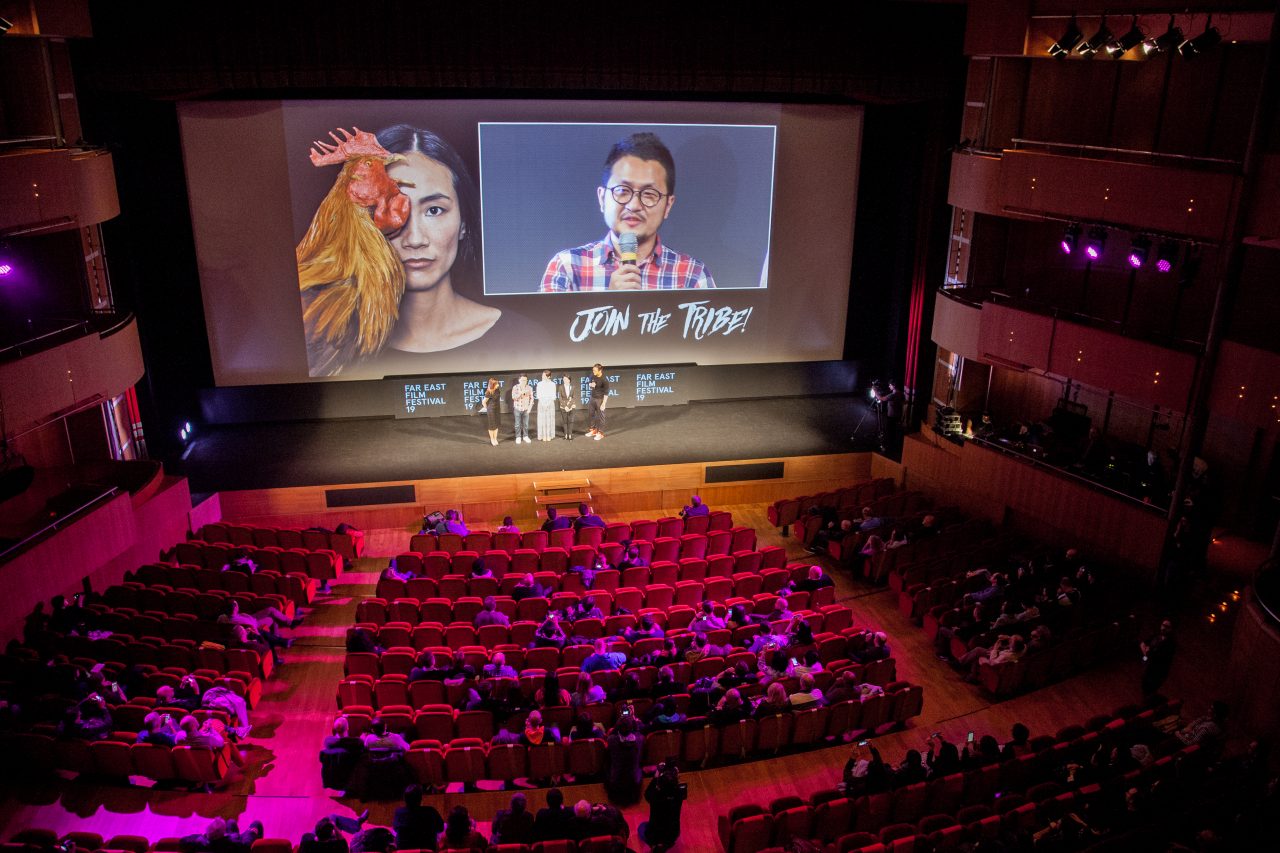 eK: In your previous works You are the Apple of my Eye and Café.Waiting.Love; their depiction of school life was very positive, however here it’s a complete dark change. Your previous film The Tenants Downstairs was also dark, what’s the reason for that?

GK: Do you like the movie The Tenants Downstairs?

eK: Yeah it was great!

GK: I wrote the novel, and I don’t think the movie was evil enough. I’m a friend of the director and I kept encouraging him to be super evil and dark, but that didn’t happen in the end.

Sat next to you, is my girlfriend. She saved my life, I’m so happy now. Mon Mon Mon Monsters is my redemption from depression, and I feel that I got all my anger and hate out through this film. I’ve been sadder and sadder for five years, but now I’m happy again, and I feel this has expressed in my work. I hope I don’t shoot a dark movie in the future.

eK: When Giddens first told you about this project Angie, how did you respond as it’s not based on a novel and would be risky in comparison to his previous works?

Angie Chai: When Giddens told me he wanted to shoot a simple film, that could be shot with a smartphone too, I said “that’s interesting, why not?”. Since he is not only the director but also the writer, I thought we could get a good return on the investment (which was very low) but when we started producing the film he changed his mind and said “The idea I have in mind cannot be made with this budget”, and the actual cost was about 30x higher. During that moment, I didn’t like the idea, but I basically trust the director and I thought if this is the film he wanted to make then that’s okay with me.

eK: This is your first acting role, when Giddens came to you Eugenie he said you’d be playing the monster and not a glamorous actress like the TV idol dramas. How did you feel getting a role like this?

Eugenie Liu: When I received the proposal from the director, I was really enthusiastic and excited. The director was really happy as he feared my reaction and I wouldn’t want to make the film. My friends asked me why would I want to make a film where you don’t appear with all your beauty? And actually I like the idea, as it’s the first film I’ve made and it was a very special idea for two special characters. I couldn’t go to sleep after I’d talked to Giddens, as soon as we met we immediately started discussing the character and why they were doing ‘this’ or behaving in certain ways.

I was asked, isn’t it a pity you do not appear on the screen as a beautiful girl? And I answered, no as it was an exciting acting experience, the best I’ve ever had.

eK: It’s a very physical performance, did you have special preparation for the role?

EL: I had some training in martial arts, I did some stretching and I think my muscles have really developed in the process, so I had a lot of confidence in my moving ability. So after some training your muscles and tendons are well stretched and trained. I didn’t have to utter any lines, so sometimes it’s easier when you don’t say anything and use the sound of your voice, and then things become even more intriguing.

The first page my script is full of notes about sounds, which I kept as I am really attached to this role. The shooting took one month, and afterwards I got up in the morning from my bed and was walking on all fours instead of walking regularly. That surprised me as I thought I was being transformed into a beast. The director had confidence and trust in me, and he gave me some hints such as “stop washing your hair so you can become closer to the character”, so for two weeks I didn’t wash my hair or my feet. For a long time I didn’t wash and it was a really thorough, physical experience, and I am happy I have gone through it. 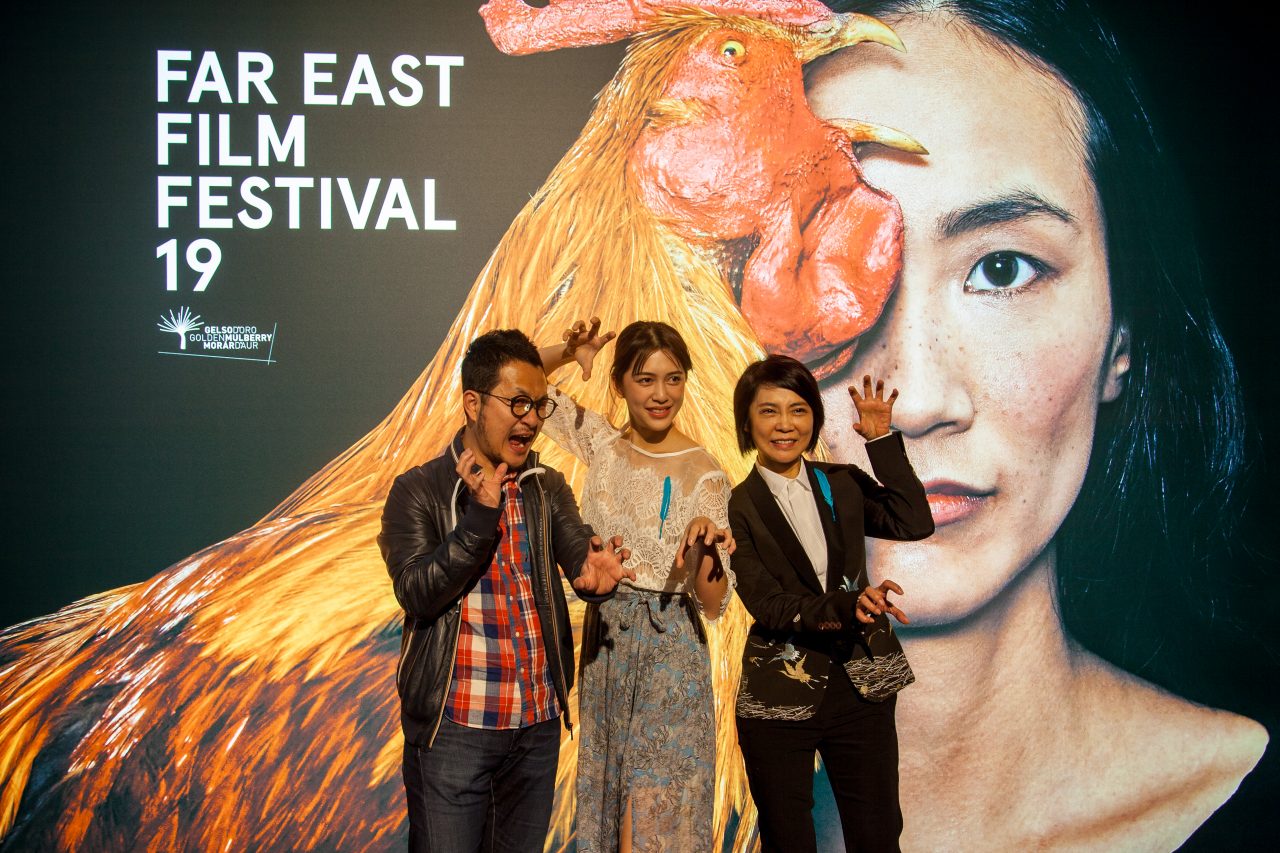 eK: The movie was very cruel, and so were the characters, do you think it was easier to address issues such as bullying as the horror aspects were more fantastical?

GK: This is a film that needs a monster actually, in order to be as it is. What killed more people was not actually the worst character, and killing is not the best way to judge whether one is good or not. At the beginning, everyone was very bad, perversely bad, but perversion is something that you can train and want to do. They took the monster and tortured it. Young people have come to know violence and got used to cruelty, and so they have become crueller as a result.

On the Internet, you have a hidden identity, and there are many videos on there of bullying, which is like a guide to bullying for the people watching. By torturing the monster, you become worse. If you tell someone they are bad, you don’t help them become better. But if you come to know the person you are criticizing, then you know the monster better and may become even crueler. That’s why I wanted to find someone that could become very cruel but not die, so it’s a type of zombie monster. This monster gives the students a reason to pursue the torture, and in my view this represents the bad side of people.

Mon Mon Mon Monsters screens as part of the New York Asian Film Festival 2017, which runs from 30 June to 16 July.