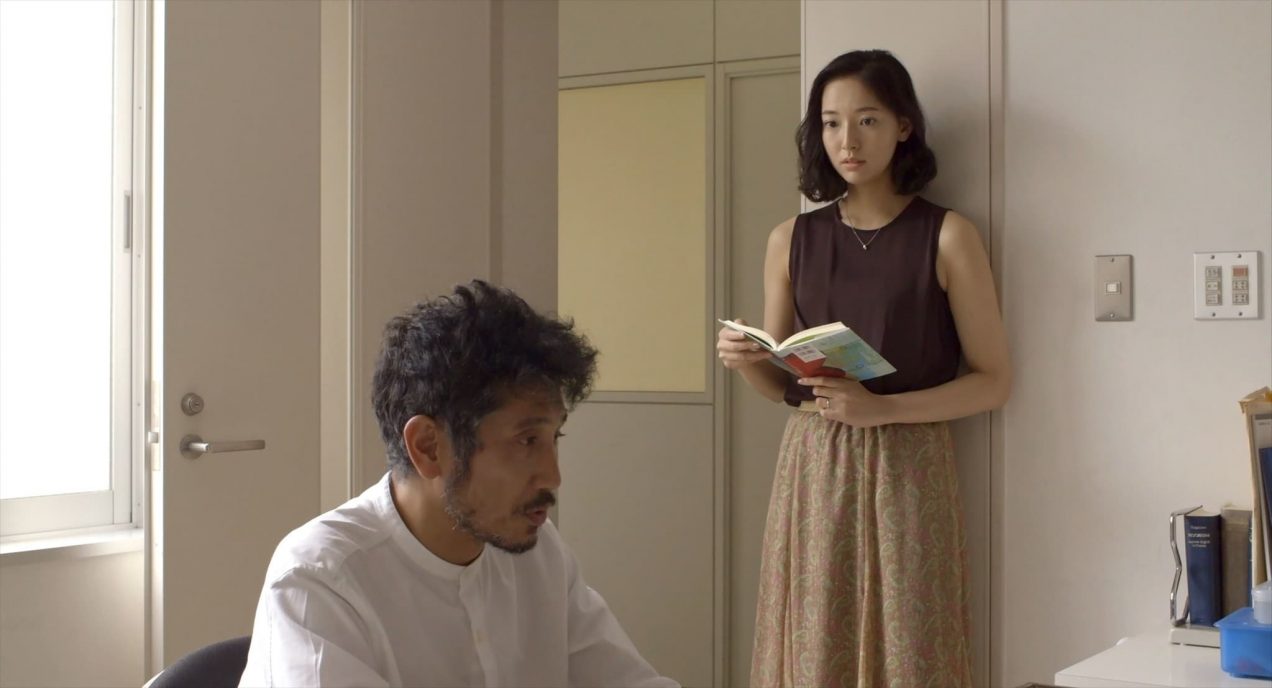 Wheel of Fortune and Fantasy is not the first Ryusuke Hamaguchi film to have women taking its central roles. Back in 2015, the director’s Happy Hour also looked at life through a female gaze. “Some things can only be described by picturing women,” is how the Japanese writer-director describes this trait. “Only by portraying female characters am I able to describe and talk about peculiar problems in Japanese society.”

Hamaguchi’s new film has just screened at the Far East Film Festival in Udine, Italy, after winning the jury prize in Berlin. It’s an anthology about three women, from three different generations, struggling with three distinct problems. They are “trembling characters”, the director says, who through their desires, sexuality and thoughts seem unconventional but they can still be understood by a universal audience. Through their stories, Hamaguchi hopes to sway the increasingly “conservative way of thinking” in Japanese society over the past 20 years.

The three movements that compose Wheel of Fortune and Fantasy describe different situations that revolve around the theme of coincidence: a love triangle, a failed honey trap and an honest mistake.

As a matter of fact, realism and dialogue are for the Japanese director two of the most important aspect of this movie. Hamaguchi believes the power of words is crucial and give him the power to change a character’s arc through slow reveals in his dialogue. It’s a belief that also influences the way Hamaguchi likes his cast to act.

“I don’t really like excessive acting,” he says. “I’m aware they [his actors] know this, too, but at the same time I want them to act as they want.”

The way the director gets his method across is subtle, but effective. To prepare the actors and to encourage their chemistry, Hamaguchi instigated a long process of script reading that he believes builds trust and intimacy between the performers and increases the spectrum of expression. This long script reading process resulted in the peculiar – and minimal – emotionless acting that we find in Wheel of Fortune and Fantasy.

“We read through the script many, many times without expressing any emotion,” says the director. “They then understood that the power of words is enough, and they don’t need to overact”.

In the end, it is the combination of dialogue, a minimal acting style and basic cinematography that has the Japanese director convincing his audience that these impossible stories feel possible – and very real. “I wanted to show that this is fiction but at the same time you still believe this is reality,” Hamaguchi says. “I wanted the viewer to get used to the similarity between the impossible and coincidence.”

And this sense is strengthened across the three pieces. “The main thing I thought of [when making the film] was the feeling I wanted to give to the viewers,” says Hamaguchi. “Another thing was [increasing] the degree of coincidence that happens in this film, and the degree of impossibility”.

Wheel of Fortune and Fantasy is a movie that experiments with the actors, the audience and even with its cinematography. The director revealed his inspiration came from French director Éric Rohmer’s Rendez-vous in Paris (1995) – an experimental film that portrays three stories of love and coincidence in Paris.

So it’s no secret that Hamaguchi loves experimentation, and he loves anthologies. The good news for his fans is that the director promised he had plenty more of both to come.

Wheel of Fortune and Fantasy is released in UK cinemas from 11 February 2022 by Modern Films.

Emilia Cristante is a member of the #FEFF23 Campus 2021. The campus is run each year, allowing young journalists from all over the world to cover the festival. You can find out more about the campus here.

Emilia Cristante
Web content creator and cinema enthusiast based in Italy (for now). I recently graduated from a master’s degree in Japanese language and Asian markets, and I took part to the Far East Film Festival Campus program for aspirant cinema journalists. Find me!