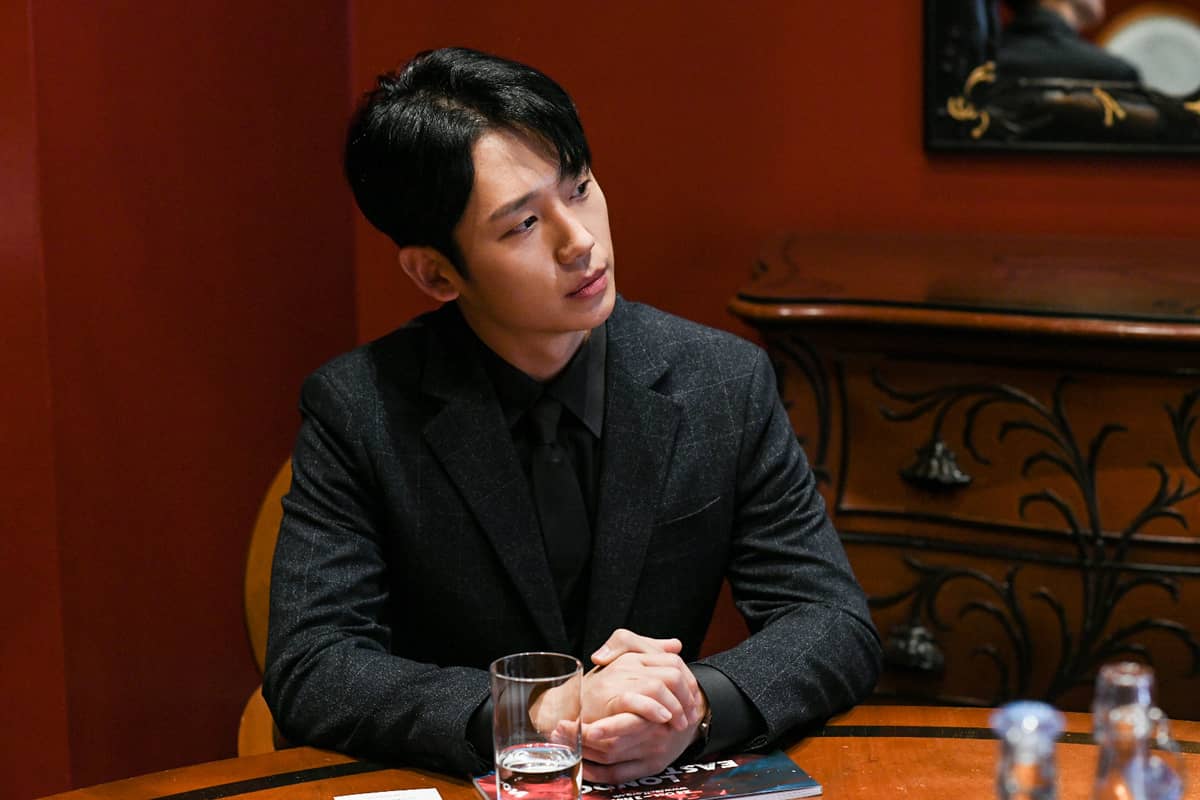 The Tune in For Love star discusses his Netflix melodrama, the struggle to leave his characters behind, and his future plans…

Jung Hae-in is the picture of poise, sitting at attention as he listens attentively to the questions that are posed to him. With a gentle smile on his lips, the actor answers the queries he receives while deftly maintaining a wall between the two of us. The star is so well media-trained that he says just enough without really saying much at all, which is admirable and frustrating in equal measure. It’s hard to read Jung Hae-in while we speak as a result, but we power on regardless.

The actor is in London to promote his Netflix film Tune in For Love, a tale of star-crossed lovers Hyun-woo and Mi-soo (Kim Go-eun), during the London East Asia Film Festival. With various aspects of their past lives haunting them, the pair struggle to maintain a relationship despite how much they truly care for one another. It’s a moving romantic drama, and a role that suits Jung Hae-in well.

Tune in for Love is a fascinating story of two people who are never able to find the right time to be together, what was it about the film that made you want to be a part of it?

I really like classic themes; classic feelings and analogue things. The film being set in 1994, there was a lot of these analogue themes that I was interested in. For example, it’s very much about radio, and the medium of radio, that works as a connection between the two characters, which I was really interested in.

Your character had quite a troubled past, he went to a juvenile detention centre and had to struggle with life post-prison. Was it challenging for you to take on this kind of role?

It was difficult, the incidents that can happen like this do happen when you’re young. It was a very big incident for Hyun-woo, and these things do happen when you’re messing around with friends, but it led to a mistake and after being at the detention centre he had a lot of trauma while meeting people and expressing his feelings openly. But when he met Mi-Soo he changes and can open and grow, it was difficult [to portray] but also fun at the same time.

As an actor, how was it challenging for you?

As an actor it was difficult to keep my feelings within, in order to keep a certain level [of professionalism]. Whether I feel joy or sadness I must keep it very much within me, I can’t laugh out loud even though I’m happy, and I can’t be angry even though I am feeling it, and I can’t cry out loud even if I am sad inside. So, there was a whole lot of feelings within this character and that was difficult to play.

In the past you’ve said that you invest yourself so much in your roles that you find it difficult to take yourself out of a character’s mindset. Did you have a similar experience with Tune in for Love?

Actually, with Tune in for Love it wasn’t as bad compared to the other ones, I got out of it quite quickly. I guess, in a way, playing the character as an actor I could also heal and grow through this film.

In the film you act alongside Kim Go-eun, and the two of you have great chemistry together. What was it like to work with her?

She has a very good attitude and is very considerate of others, on site she would help me to dissolve quite well on set and I was grateful for her, then and now, for that.

You two have some very emotional scenes and fights in this film, and she is so good at showing her character’s vulnerability. What was it like to work with her in these scenes?

I completely agree, she is full of expression within herself and she provides that onset and can improvise as well in scenes. She could act quite freely, and I received a lot of energy from her and had a lot of fun with her on set.

You’ve worked in romantic dramas, like One Spring Night and Something in the Rain, and also films of the same genre. How different is it to work in the two mediums, do you prefer one to the other?

It’s difficult to say which I prefer, especially because the boundary/differences between dramas and films are getting so thin and wearing down. However, it’s the first time I am working on a melodrama within film and I think the approach is very different, in a drama the filming process is much longer and actually, for a film, especially a melodrama, the shoot itself is much shorter so I had to concentrate a lot more and focus within that short span of time in order to get that character across. 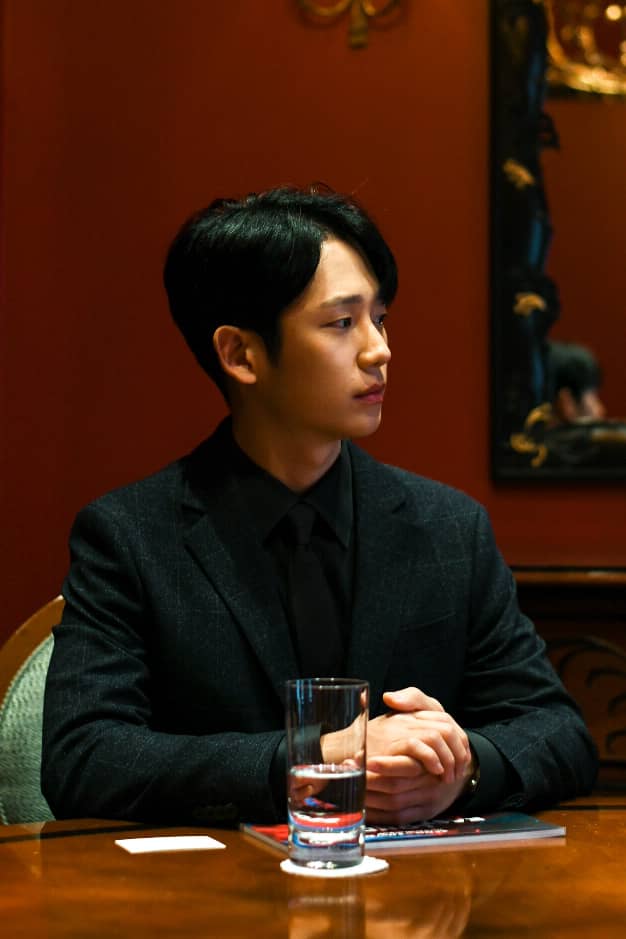 You’ve been in a lot of romantic films and dramas; would you ever consider playing a villain or be in a darker role?

Of course! It’s an ambition of mine to play a villain but I think my acting needs to be stretched a lot more to take that sort of role, and it’s quite difficult to do that. So, I feel quite anxious about it, but I do want to do it soon if that presents itself.

What kind of villain would you like to play?

You said it was quite easy to separate yourself from your character in Tune in for Love, was there ever a time it was difficult to do that?

I think my most recent project, One Spring Night, where I had to play a father of a child was the most difficult. I had so much love for that character, and in a way because it was so different to how I am it stayed with me for longer.

Your next film Start is based on a web-comic and stars Ma Dong-seok. Are you excited to be a part of this project?

It’s very exciting, my next project, I found it very fun, and when I go back to Korea I will be doing the post-production for it. There is a lot of anticipation for the film with fellow actors, it is also talking about youth like Tune in for Love, but in a very different way. I think the subject matter is interesting and I also loved working with Park Jung-min, who is also very excited about the project.

Are there any actors you’d like to work with in the future?

It’s a personal favourite, but Han Suk-Kyu is an actor in Korea who I would really like to work with, it would be such an honour to work with him.

What kind of film would you like to make with him?

I’d like to do a human drama about people who are living now, within this world.

Tune in For Love screened as part of the London East Asia Film Festival 2019.

2 thoughts on “Jung Hae-in interview: ‘It’s an ambition of mine to play a villain’”