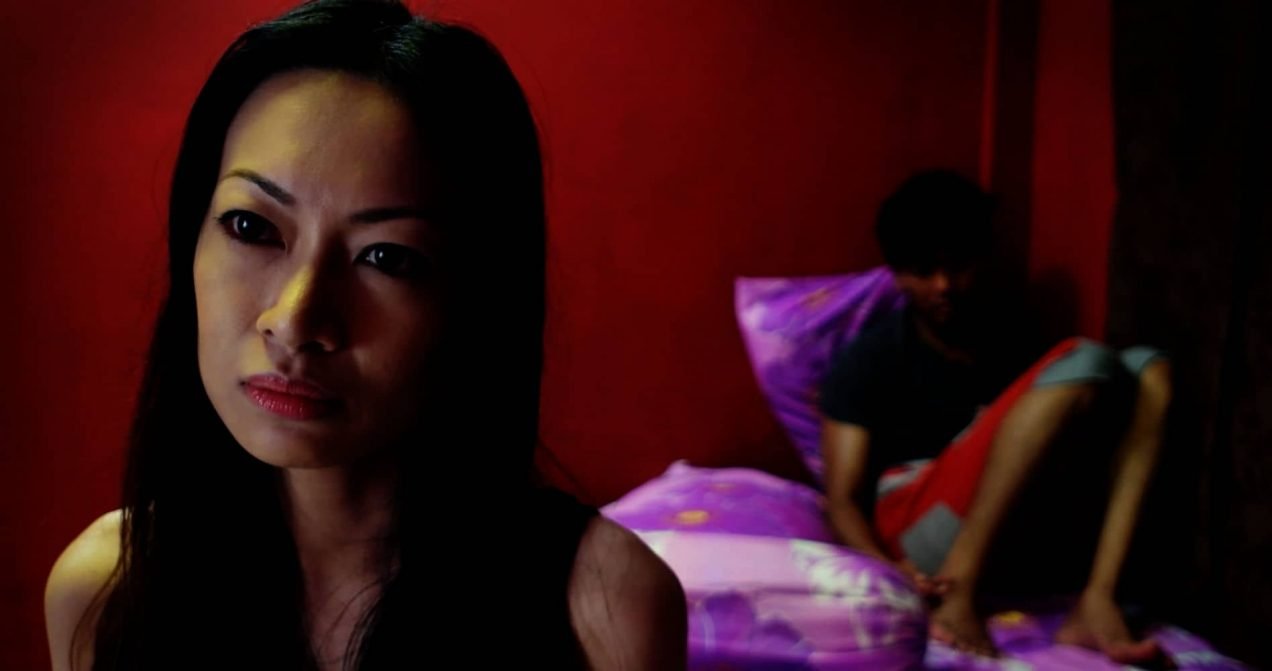 There were mixed reactions to the new, low-budget horror film Konpaku when it screened in Singapore and Brunei.

In director Remi M Sali’s film Haqim (Junaidi M Sali), the awkward Muslim-Malay main character meets the seductive Midori (Lizzie V), also a Japanese succubus spirit, and he is consumed by their ensuing relationship. Midori takes control of Haqim and puts his family and friends in danger. Eventually, Haqim’s mother resolves to exorcism to save her son.

Producer Pak Kin Ho, whose Singaporean production house Studio 59 Concepts was behind the film, said he had gauged audience reactions when the characters of Haqim and Midori share a kiss.

“They showed disapproval of the kissing,” Ho revealed, after a screening of Konpaku at the 21st Far East Film Festival in Udine, Italy.

“Whenever the religion bits came, it was silent.”

It was a reasonable reaction given the fact that Konpaku touches on two very sensitive topics in any culture – religion and sexuality. What’s more the contradictions between sex and religion are explored through a Muslim-Malay man’s perspective.

Both producer and director believe they were compelled to make the movie.

“In 2012, I nearly lost my relationship to religion. Therefore, it’s a subject matter personal to me,” said Ho.

Sali’s director’s statement revealed: “In mid-2012, my family and I participated in an exorcism ritual for a close relative. Apparently, he was ‘attached’ to a supernatural entity that progressively affected his well- being, physically and spiritually.”

“We wanted to explore two extremes. Being a Malay-Muslim. Being a Malay may not mean you’re Muslim. Your ways of doing things may not match what a Muslim should be doing,” Sali said at the festival.

Made on a 20,000 euro budget, the team shot the film in 14 days towards the end of 2015.  Konpaku features an average young man’s experience living in Singapore, which is in stark contrast to more well-known films shot in Singapore, such as Crazy Rich Asians, last year’s Hollywood hit which featured the elite of the Lion City.

In the film, Haqim doesn’t seem to be going in anywhere with his career and meets his friends for boy talk in the hawker centres which are common food court areas in Singapore. There are realistic everyday scenes.

Sali said he created the female character Midori to represent a selfish love that consumes Haqim and makes him lose his religion.

“One of the reasons we chose to have a Japanese succubus is because we have blurred representations. People can look like different ethnicities,” said the director. “The only way Haqim knows she is not a Chinese is when she says her name is Midori.”

Regardless, the film’s treatment of the character feels one-dimensional and culturally insensitive. In the film, when Haqim’s friends talk about Haqim’s new girlfriend, Midori, they label her as exotic. Haqim himself also calls her a slut in Japanese. All this comes off as misogynistic even though Sali’s intention was to say Japanese culture is often misunderstood.

The filmmakers said they were surprised – given the film’s subject matter – that it was given a NC16 rating in normally stringent Singapore. “Singapore censorship rules have been much more relaxed,” Ho said.

For their part, Brunei’s censors requested one scene to be cut out.

“That gives me confidence that Malays and Singapore are ready [to examine such issues],” Sali said.

Buoyed by the rollout of the film back home, and by its screening in Udine, the filmmakers are now looking to make a Konpaku series with a sequel which will also focus on how people respond to supernatural occurrences.

Konpaku screened as part of the Far East Film Festival 2019.

Joyce Siu is a member of the #FEFF21 Campus for 2019. The campus allows young journalists from all over the world to attend the festival. You can find out more about the campus here.