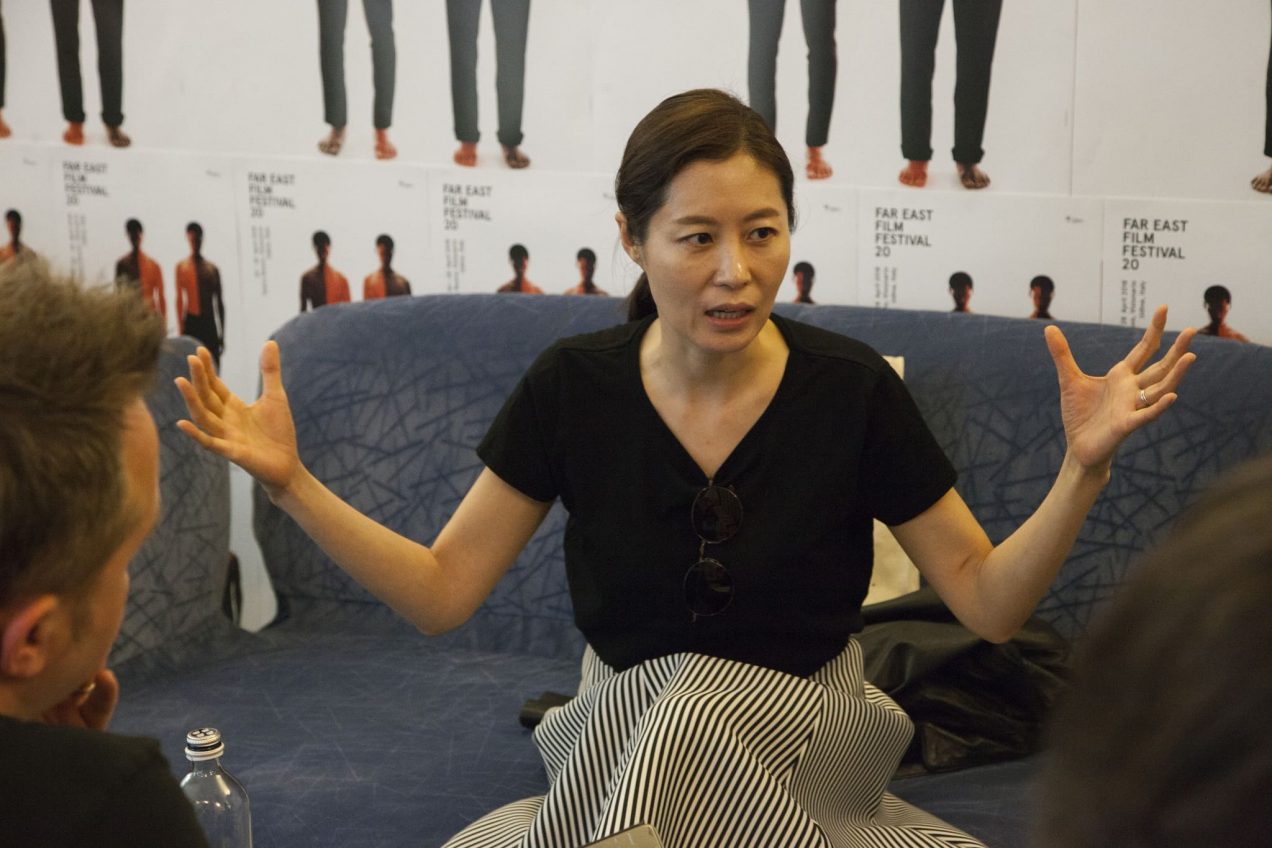 We talk to the famous actress about her directorial debut…

Moon So-ri has over two decades established herself among South Korea’s biggest stars but she arrived in Udine, northern Italy, for this year’s 20th edition of the Far East Film Festival under a different guise – that of a director.

After a career that has seen Moon become the first Korean actor to be a juror at prestigious European festivals such as those in Locarno and Venice, as well as being named best-emerging actress at the 2002 Venice Film Festival for her role in Oasis, the 43-year-old’s life has taken a different path. Moon’s directorial debut The Running Actress was in competition for FEFF’s White Mulberry award for directors’ first or second feature. 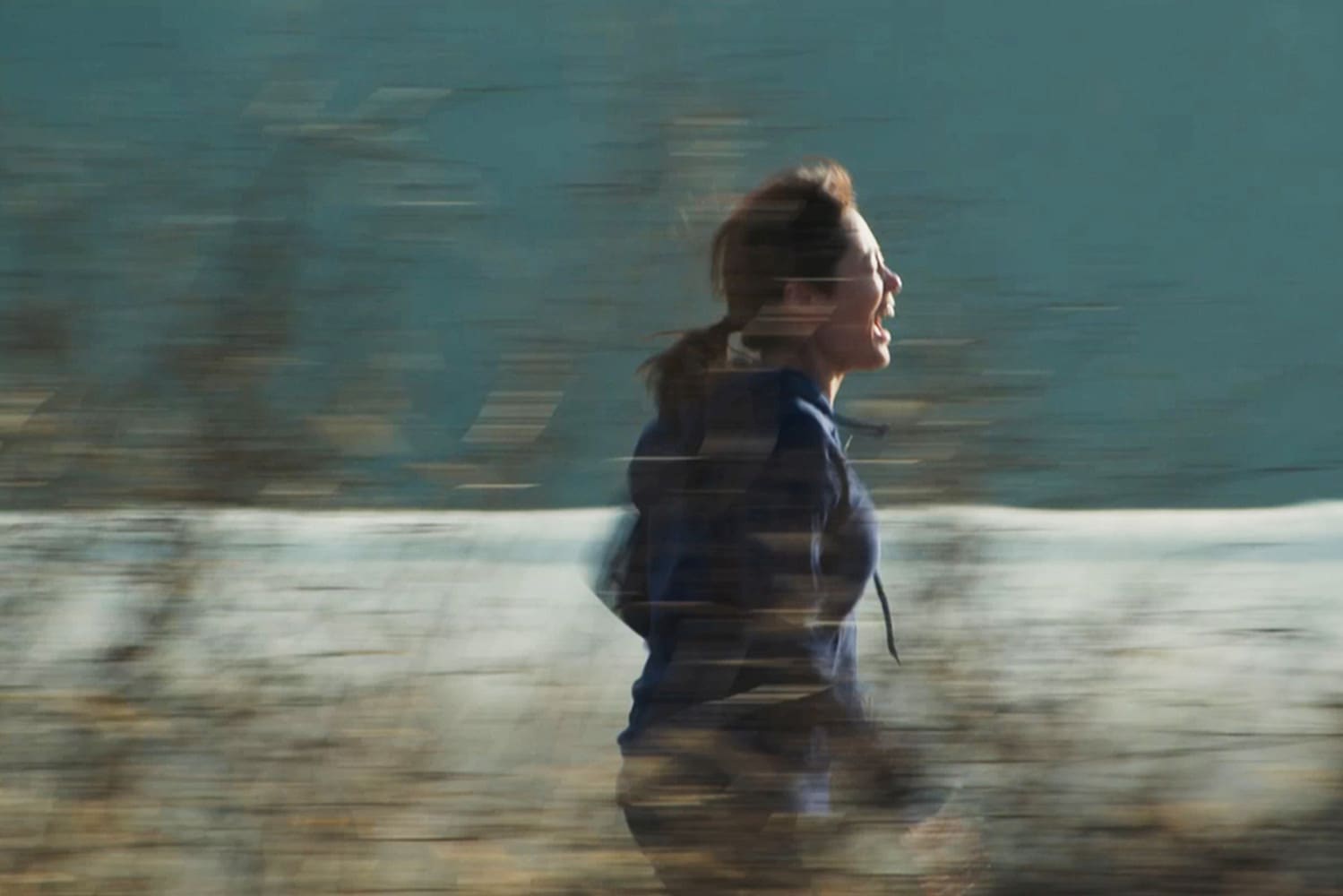 A poster featuring the famous actress in a glamorous red gown and high heels at the running track suggested a juxtaposition very likely to be full of comedy. Yet, the film is a three-part omnibus depicting serious issues middle-aged actresses could face – such as the inability to find a balance between motherhood and her career, being replaced by younger actresses, and a loss of self-confidence.

Besides directing the film, Moon also stars in it – as herself. So the line that divides the fictional from the real in this film is blurred by this “meta” cast decision, but, as Moon explained while greeting the audience in Udine, everything except the name of her main character remained fictional.

The actress-turned-director claimed she was grateful for having the chance to work with many acclaimed directors, each of whom has influenced both her career and her life. But if she had to pick one whose influence told most when it came to her turn behind the camera, it would be Lee Chang-dong, the man responsible for Moon’s first film Peppermint Candy (1999), as well as Oasis, where she played a woman with cerebral palsy and became only the second Korean actress to win that award in Venice.

“Like a child who learns how to walk or eat, I learnt from Lee Chang-dong not only about film and acting, but also about life,” Moon explained. 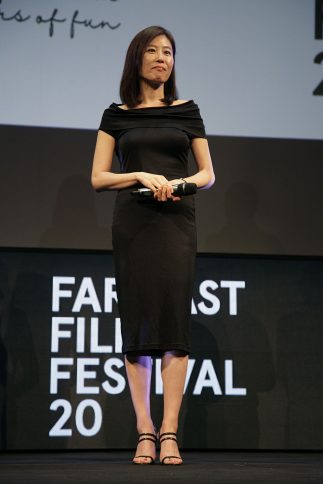 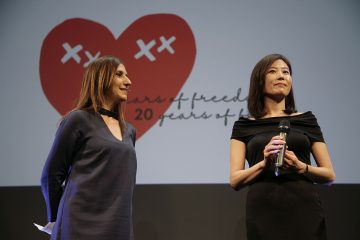 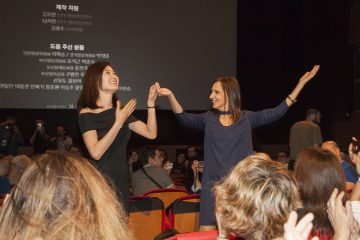 Speaking of running as a metaphor in her film, Moon said she understood it as a reflection of the notion of chasing dreams.

“[But] when people run, they usually run in sneakers, whereas I, as an actress, had to run in high heels,” she joked.

Moon reflected on the position of women in the Korean film industry, stating she already felt changes were coming after recently helping to establish Centre for Gender Equality in Korean Film. However, she said she was aware that both men and women, in and outside of the film community, had to work hard in order to achieve the utopian goal of absolute equality.

When it comes to the future, Moon only promised to continue creating and enjoying her work in the film industry, regardless of whether she would direct or act. Being mysterious is one element that creates a true diva. It seems another is the ability to navigate in high heels the dense jungle that is the film world.

Mina Stanikić  is a member of the #FEFF20 Campus for 2018. The campus allows young journalists from all over the world to attend the festival. You can find out more about the campus here.