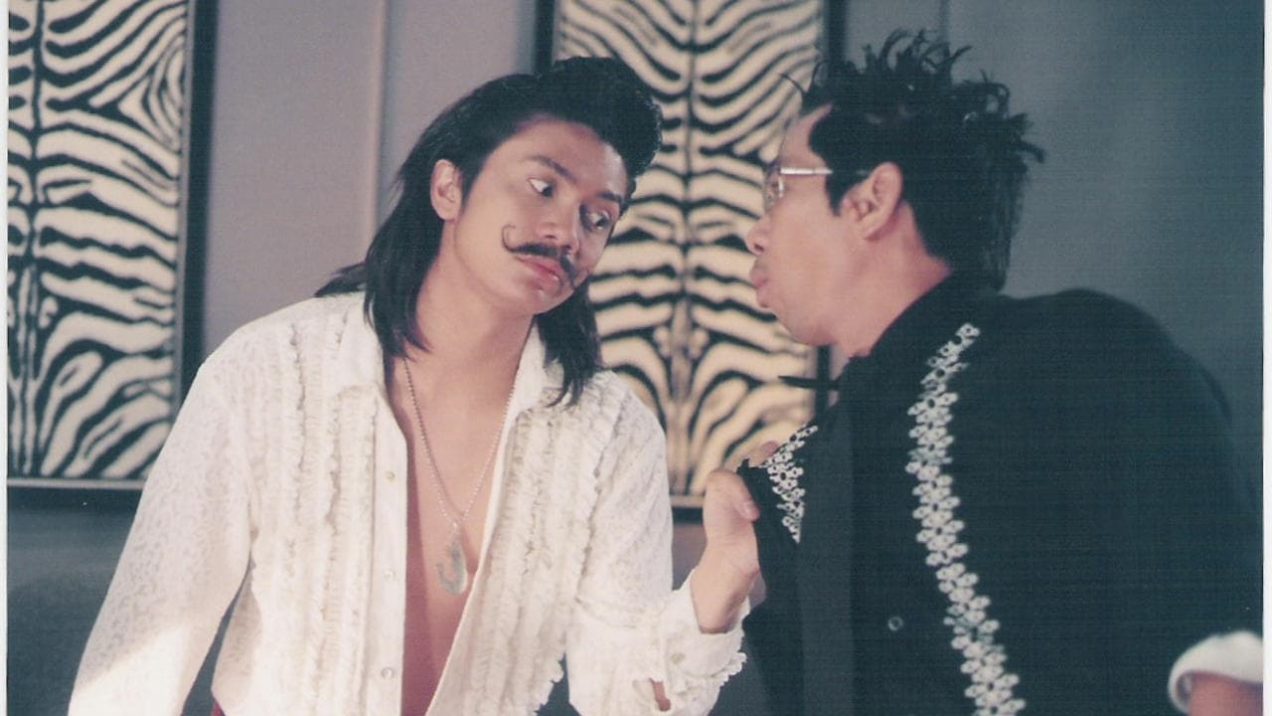 Joyce E. Bernal’s 2003 comedy Mr. Suave is a playful, yet deeply honest and human look at the machismo prevalent in the early 2000s Philippines. The story introduces the audience to a charming archetype of an ultimate womanizer Rico Suave (Vhong Navarro) and his gang of goofy friends, notably less successful in finding love. Rico, however, faces a peculiar problem: he literally freezes during physical contact with women. A solution to the awkward situation is sought in the form of beautiful Venus (Angelica Jones) who is tasked with seducing Rico and freeing him from the dilemma.

Mr. Suave succeeds in critiquing a deep-seated problem of male machismo in the Philippine society and proves to be topical nearly 20 years after its release. The country’s president Rodrigo Duterte’s behaviour has been described as ‘machismo populism’, exemplifying the scope of the problem as its effects can be felt in the Philippine leadership. Instead of diving into the convoluted field of politics, Mr. Suave takes a more intimate approach to the subject and depicts how machismo influences everyday life, and how it affects both the men who engage in this behaviour as well as women who are often seen as falling victims to this toxic mindset. In coalescing the male and female experience together, Bernal challenges the idea of self-reliant manhood and suggests that a productive way forward is created in collaboration between the sexes. The same theme is seen in the narrative as Rico churns out charming words and gestures based purely on what he thinks women want. This approach makes Rico a lady-killer in the eyes of his friends and acquaintances but leaves him impotent and unable to form a real connection with his romantic interests. The change only occurs as after witnessing Rico’s usual flirting Venus voices her point of view: Rico should get to know the individual women, not just woo them as he sees fit.

The character arch of Venus reveals her as a thoughtful, smart, and sensitive person as the narrative unveils new aspects of her strategically to defy audience expectations and highlight the one-sided and stereotypical role often reserved to women on the silver screen. The audience first sees her as a sexy, empty-headed girl who cannot understand Shakespeare, viewed from the point of view of a male theatre director. However, in later scenes such as when she confronts Rico about his preconceptions about women, she is allowed to speak for herself and expresses some of the most fundamental arguments made in the film. This reversal of point of view from a man outsider to Venus’ own thoughts being voiced invites the audience to acknowledge how different these two portrayals are and ponder the role of cinema and society in constructing certain images for women to fit into.

Bernal’s Venus is a continuation of many strong female characters seen in Filipino cinema, for example in the films of Erik Matti and Brillante Mendoza. What sets Bernal apart is her position as a woman director telling a story about a man and how his perspective on women changes. Using Rico as a lens to project how the Philippine society views women is a clever way to revert what audiences are used to seeing and even questions the authority of the male protagonist: why is it easier for an audience to relate to Rico and recognise Venus as an intellectual being through his gaze?

Bernal’s use of comedy calls into question the normalisation of machismo behaviour. Seeing gestures and outer appearances usually considered attractive overly exaggerated in the male characters makes the audience take a step back and think about what makes these behaviours normally appealing and how easily they lend themselves to absurd humour. The comedy of Mr. Suave is also very physical, it is the brilliant facial expressions, line delivery and acrobatic stunts by the actors that make the film genuinely funny. The physical as a language to express issues of toxic masculinity suits the film and highlights the performative construction of the macho man. Another film from Southeast Asia, Edwin’s 2021 Vengeance Is Mine, All Others Pay Cash continues in a similar vein, using physicality to explore themes of women’s place in society, male impotence, and machismo culture. The film uses elaborately choreographed fight scenes as a dialogue between the characters, using the physical performances by the actors to convey important themes of the film.

Mr. Suave builds on and continues the tradition of Southeast Asian cinema having empowered and complex female characters born out of a refusal to fit into harmful societal expectations. Bernal adds a woman’s perspective to the cinematic discourse surrounding machoism in the Philippines and does so through laughs and giggles, opening the viewer up to receiving a well-thought-out argument about the importance of dialogue and communication in understanding the opposite sex and building a better society for everyone.

Jenni Leppihuhta
A graduate student pursuing a degree in arts of East Asia, hailing from Finland and currently based in London. Jenni’s life-long love for the magic of cinema manifests in film writing, attending festivals and awaiting to see more heart-stirring cinema.