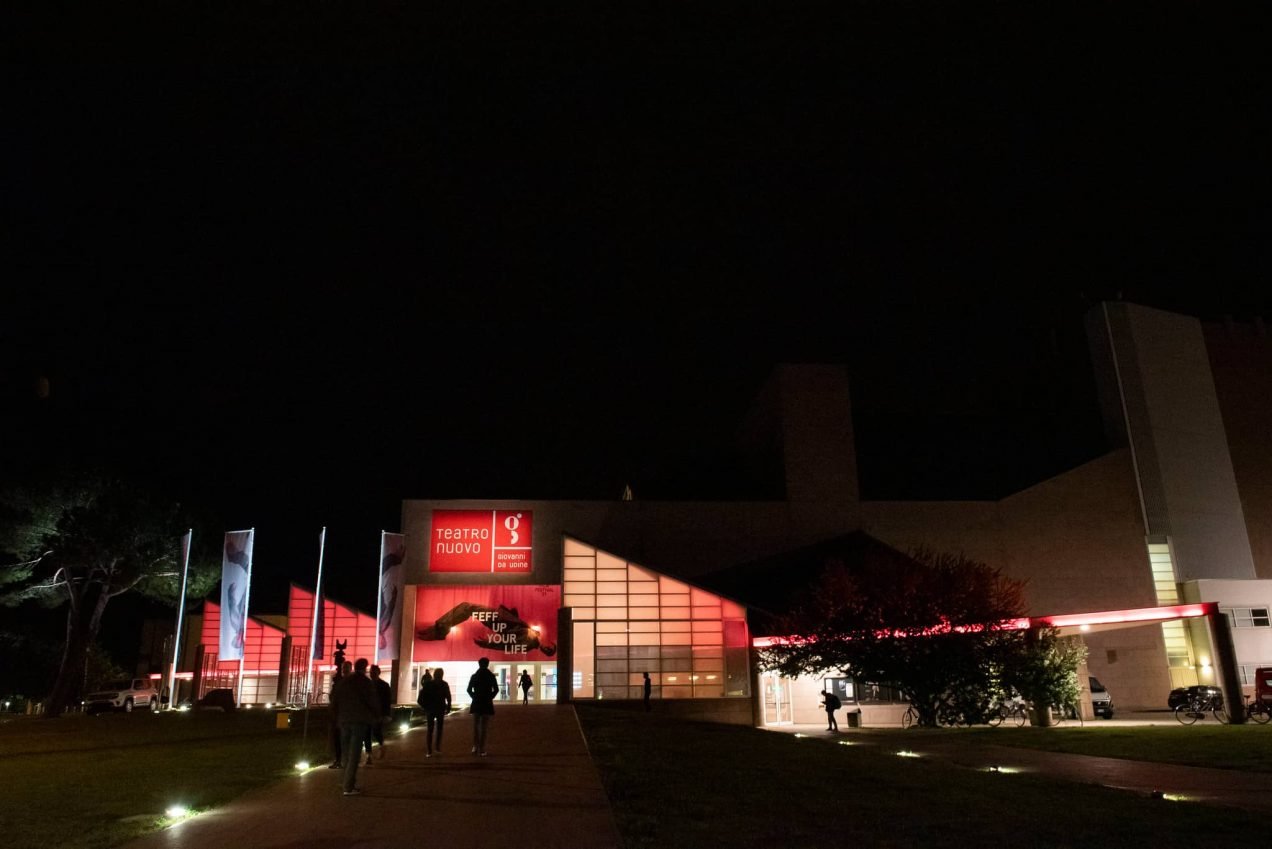 As Japan enters a new era, we look at Japanese cinema at this year’s Far East Film Festival in Udine, Italy…

As this year’s Far East Film Festival drew to a close, 5,800 miles away Japan was enjoying its final few days of the annual Golden Week holiday. Japan was graced with a particularly long Golden Week this year, all thanks to Emperor Akihito’s historic decision to abdicate his throne on Tuesday, April 30.

Talk in Udine turned to Akihito’s breakaway from a 200-year-old tradition during a session centred around the collection of shorts, Ten Years Japan. Veteran programmer and critic Mark Schilling explained to the audience that the abdication had been a “big deal” back home in Japan.

“People have been talking about what transpired in the 30-year Heisei era and what will happen going forward into the Reiwa era,” said Schilling, who programmes the Japanese selection at FEFF.

After a week of immersion in Japanese cinema, it felt apt for festival goers to also reflect on Japan’s past and future. Now that the new era has begun and the festival has packed up for another year, in what direction do we see Japanese society headed?

There is, of course, no clear-cut answer to this question, and the films shown in Udine cannot represent the entirety of Japanese concerns today. But they did a good job of providing us with a basic insight into some of the questions, anxieties and even hopes that are circulating within Japanese society.

Despite the huge variety of genres and styles, each film had something important to say, whether it was about generational divides, the militarization of society or gender roles. In some cases, the message was loud and clear; in others, it was more or less a whisper. As Schilling pointed out at the Ten Years Japan talk “most of the films coming out in Japan have nothing to do with politics whatsoever”, but sometimes they did and there were also “different approaches” to dealing with these topics.  The films shown at this year’s festival proved this point perfectly. 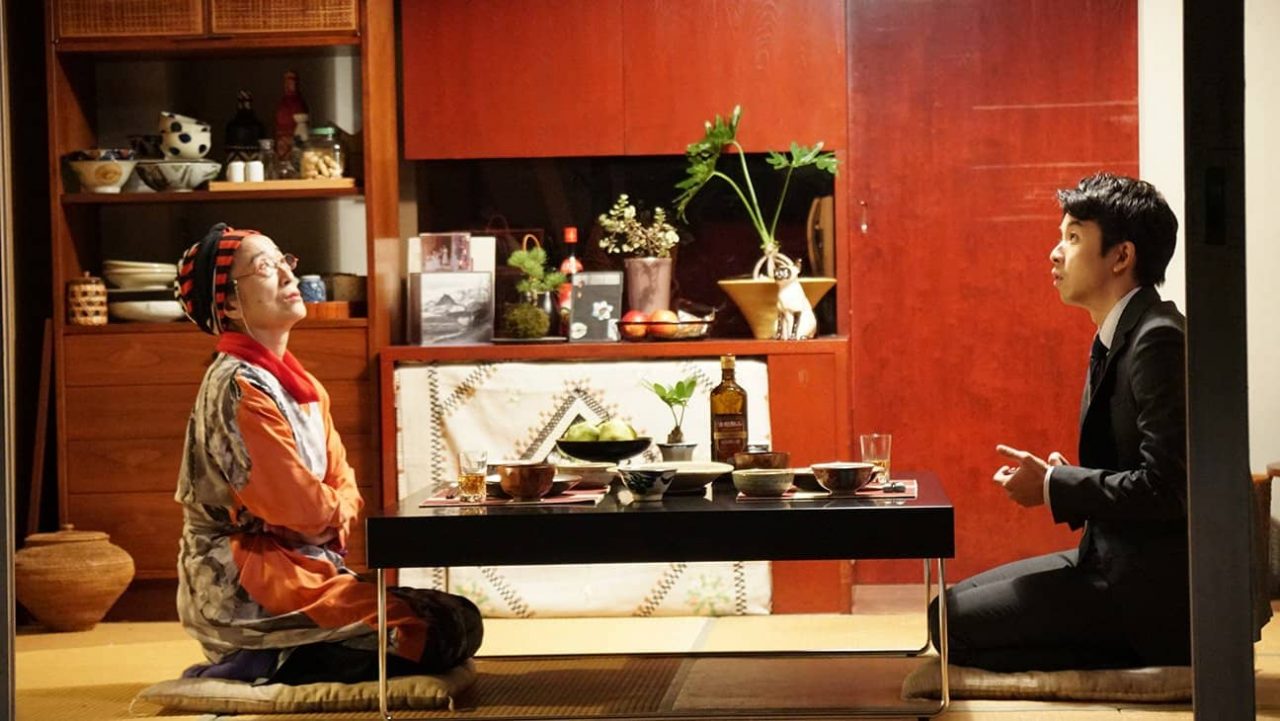 The most obviously political of the selection was Ten Years Japan, an anthology work consisting of five shorts that felt reminiscent of Charlie Brooker’s Black Mirror TV series with each depicting its director’s vision of a Japan 10 years into the future.

Other Japanese films at FEFF21 demonstrated that the ageing population (kōreika) and attitudes towards the elderly remain at the forefront of popular, and not just political, discourse in Japan. The much-beloved director Sabu was an exciting presence in Udine this year, where he presented his latest satirical comedy, Jam: three stories of obsession, violence and love, all vastly different in nature but ultimately intertwined. One story depicts the unorthodox but compassionate relationship between an elderly woman and her grandson Tetsuo, who refuses to let anything, not even violent run-ins with angry mobs of yakuza, get in the way of his filial duties. 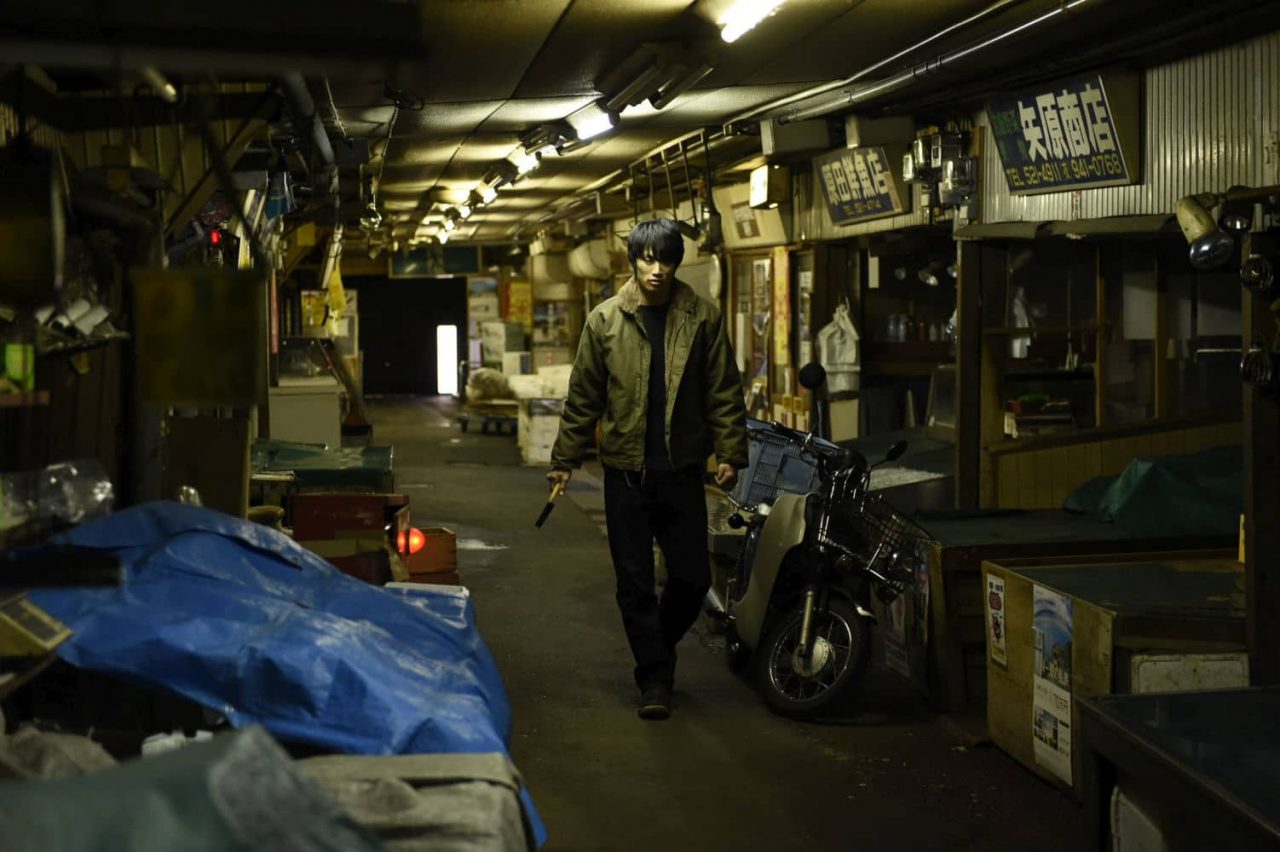 Sabu expressed concern for the growing problem of isolated elderly people in Japanese society. “Sometimes they might have Alzheimer’s disease and keep forgetting things, but they are living by themselves and they don’t even know what’s going on,” he said.

The director contrasted this with “family members living together in a house who don’t know how to express their love.” Even in an offbeat comedy like Jam, we were given a taste of what needs discussing in Japanese society.

Moving on from the serious to the not-so-serious at FEFF21, social satire was far more diluted but by no means absent. 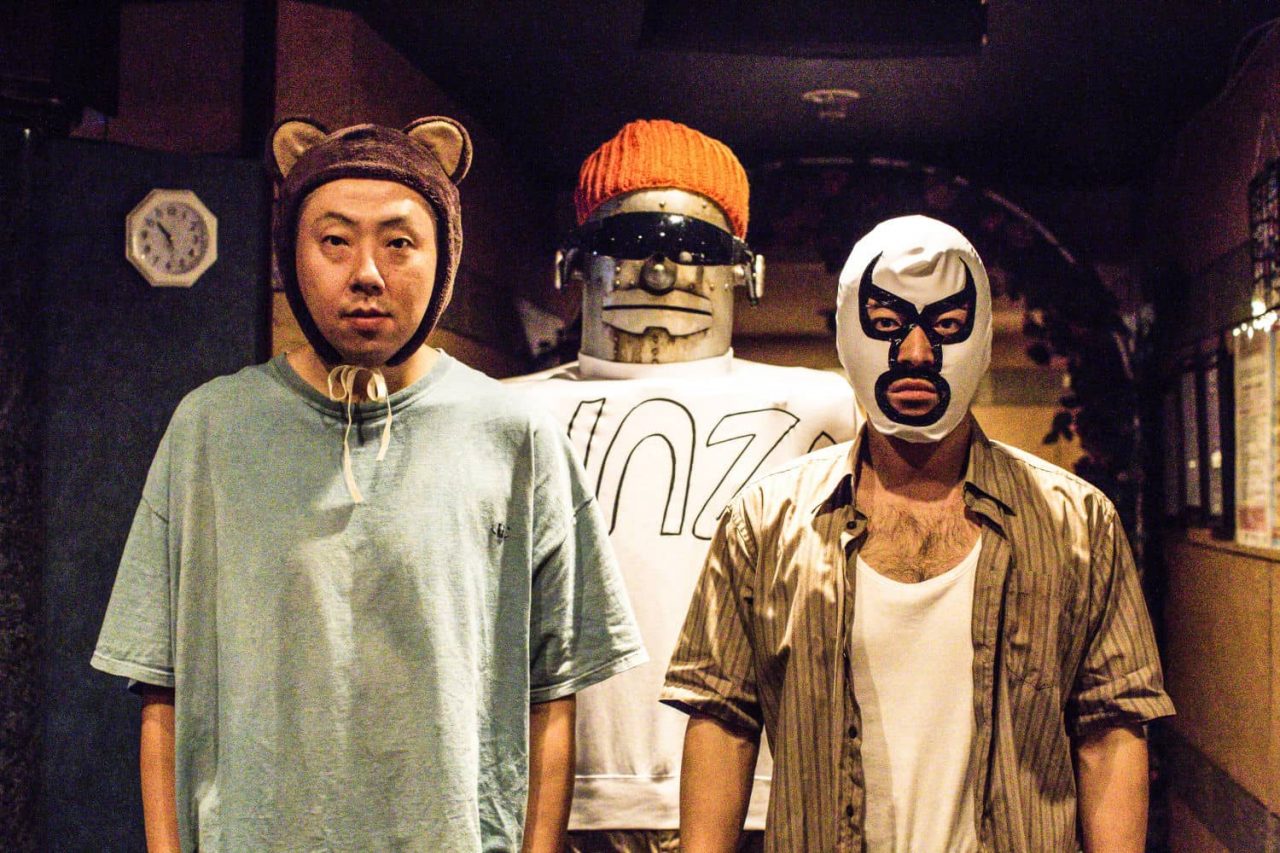 Two adaptations of popular manga, Yamashita Nobuhiro’s Hard-Core and Takeuchi Hideki’s Fly Me To The Saitama, initially seemed miles away from the likes of Ten Years Japan and even Jam. But, while only visible behind a surface of absurdity, neither completely shied away from social commentary.

Hard-Core was both the surreal story of two men who befriend a robot, as well as an exploration of some much heavier topics: nationalism, machismo and female sexuality.

Parodying regional snobbery in the Tokyo region, Fly Me To The Saitama was like an all-out takarazuka theatre performance. It was vibrant, theatrical and silly – but even this film was somewhat topical. In an era-crossing fantasy world, peoples’ ranking on the social hierarchy is determined by the “urban index” of their hometown. It’s a ridiculous notion, but it is also one that resonates with Japan’s increasing urbanisation and Tokyo-centric ways of thinking. 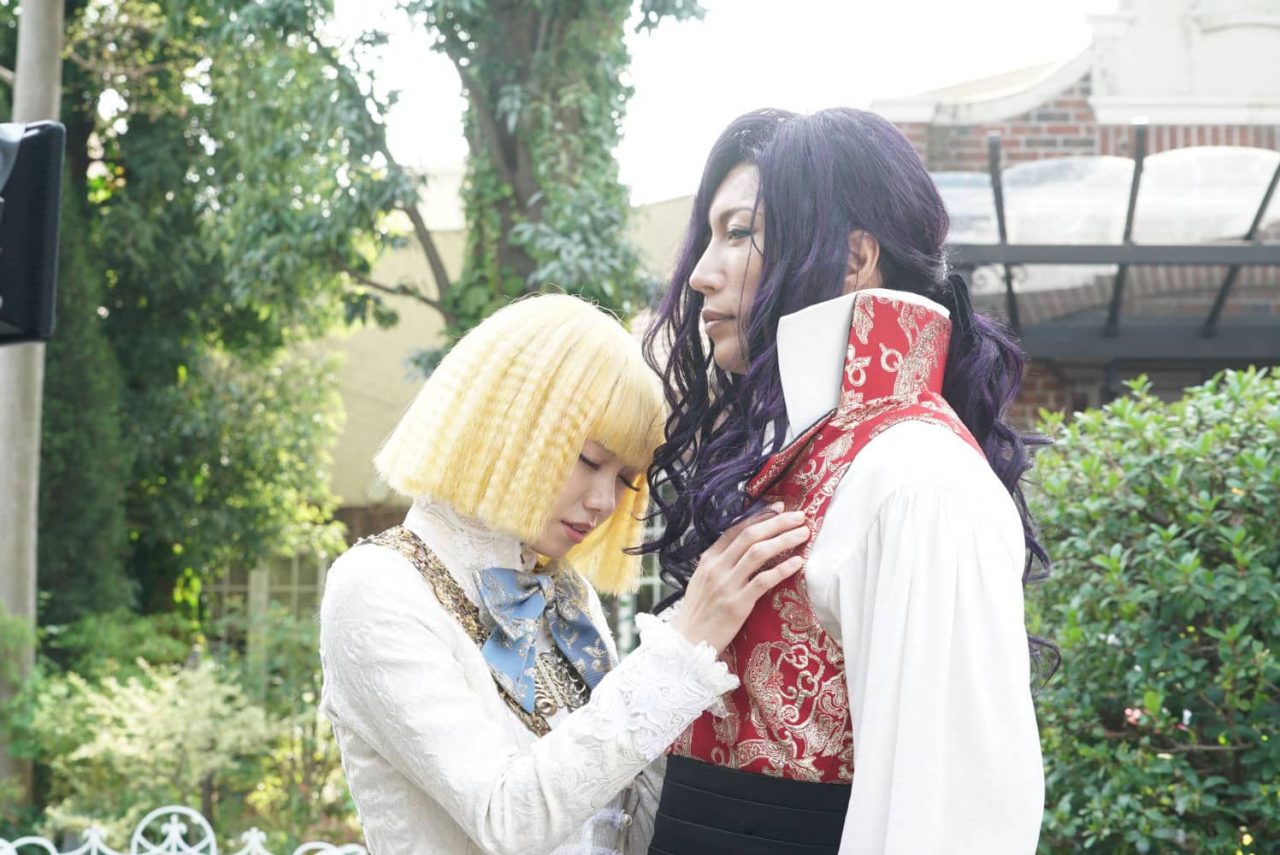 Fly Me To The Saitama

This goes for all of the filmmakers of the Japanese works at this year’s FEFF, regardless of the tone, purpose or even quality of their productions. To overlook any of these films would be to compromise our impression of Japan as it enters the new Reiwa era.

Surprisingly, then, Yuki Takamatsu, producer of Ten Years Japan, claimed that media attention for the film was lacklustre at best, and that there were “Many, many journalists who didn’t want to talk about” the topics raised.

Takamatsu’s words provided a timely reminder of the importance of events like FEFF, which give filmmakers from Japan and across Asia an opportunity to draw both domestic and international attention to the most important issues of their time.

Anna Ellis-Rees is a member of the #FEFF21 Campus for 2019. The campus allows young journalists from all over the world to attend the festival. You can find out more about the campus here.

Anna Ellis-Rees
Anna is a graduate of the University of Cambridge where she studied Japanese language, literature and film. With a love of East Asian cinema, she is particularly drawn to Japanese horror and Korean blockbusters.
Read all posts by Anna Ellis-Rees