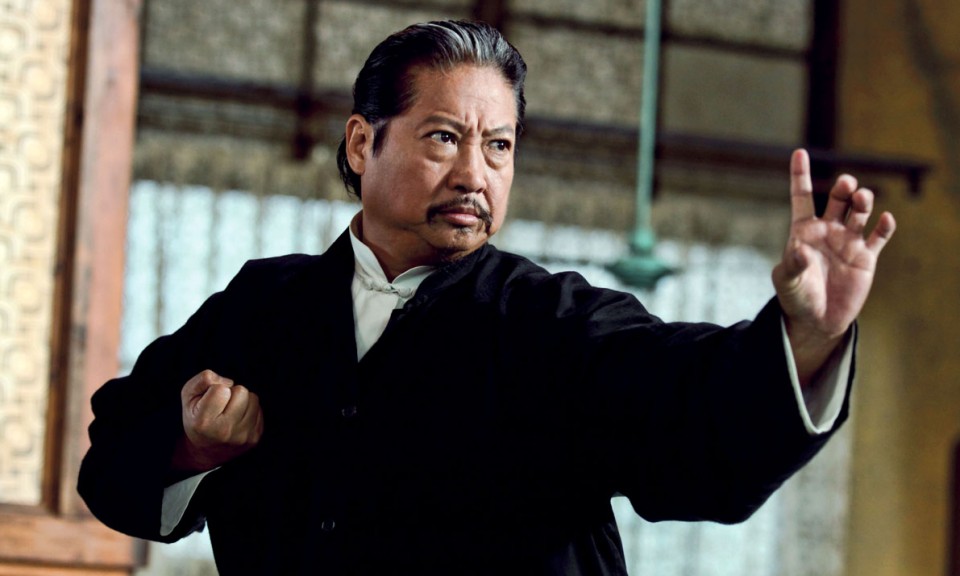 In the last of our Ip Man 2 interviews, we chat again to bonafide kung fu film legend Sammo Hung about Ip Man’s success and his starring role in the sequel…

Can you tell me about your role in Ip Man 2?

I play a kung fu master, very strong, very stubborn. Not just a teacher of kung fu, he has many workers under him, and he must take care of his family. So, we first see him, and it seems like he is the enemy for Ip Man, but later they become friends. So its not just usual kind of role, I’m a good guy (or) I’m a bad guy. I like it!

Your character seems to have been corrupted by circumstance, by wanting to do the best for his family, yet ultimately he is quite honourable. Do you think that’s a fair observation?

Yes. He is like that, always feels his way is the right way. What he believes in the end when he is fighting is that he could even die, and he can accept that.

Sequels quite often try and out do original, and that’s even truer of Hong Kong films! How did you try to improve on the action choreography of the original?

If you think ‘Oh, must be better than last time’, oh, its very hard, just you think ‘Okay, this story, how do we tell it the best way? How is the action should be, the characters?’ Each movie, just you can do your best, how to tell that story. Like that.

The tabletop scene in particular is something of a showstopper, where did that idea come from?

I’m having many friends, they are kung fu teacher, they learn kung fu before, even in this period shown in Ip Man 2, so they remember so much. When they fight, they call this is bei mo. When they have bei mo, they will be fighting on the roof, on the street, in the restaurant… So, I think, how to make it different and more difficult! Okay, you fight on the small table. So, I think it looks good, yes? (laughs)

As with the first film you get to show off several different styles of martial arts (and in this film even Western Boxing!) and how they compare to Wing Chun. Was that fun to do?

It’s not fun! Maybe you think its fun! For me, I have fun, have dinner, drink, see some pretty girl…! (laughs) This is what we call work, but, if it comes good, then, yes, we enjoy. For this film, after Ip Man, he come to Hong Kong, so, those times, who are the sifu (teachers) there, what style they are using to fighting? Also, at that time, Hong Kong is British colony so, of course, we have boxing, too.

Donnie Yen is a talented and respected choreographer in his own right, what is he like to work with? (Considering it took such a long time for your first collaboration, you seem to be making up for lost time now?)

The Ip Man films focus far more on the families of these martial arts masters than we often see. It shows us a side to them that’s often neglected. Do you think that is part of why they’ve been so successful?

Yes! Before, for kung fu films, actually our audience is mostly guys. Women, they don’t want to see them, they want comedy or romantic movies. For Ip Man, he always taking care his wife, his children, so, women, they like him too, it increases our audience. Its family kung fu film!

Ip Man seems to have been finally recognised as an important figure in martial arts; you’ve even appeared in another film recounting Man’s early life. Why do you think it’s taken so long? And why now?

I think for Hong Kong, producers always look for what will sell. Before, its (Cantonese folk hero) Wong Fei-hung, when Jet Li played him, it became a big success, so everyone makes Wong Fei-hung movies. Now, for Ip Man, we have success too, so, everyone is playing Ip Man. Next one? I don’t know! If I knew, I would have made it already!

In your long career in Hong Kong films, who would you consider to be your most worthy on-screen opponent? Is there anyone you would like to face on-screen, but haven’t?

A for real fight? I think the best I fight, the toughest one, is Billy Chow. You remember him? Maybe you saw my old movie, you can see him. (Chow and Hung appeared together in several films including Eastern Condors, Dragons Forever and Pedicab Driver.) He is a real kickboxer, very strong. For the timing, for making a good scene, of course it would be Jackie Chan and Yuen Biao and me. I never think ‘Oh, I want to fight with this guy.’ Just, when we see the script, who will be right for the part?’

When we last spoke, you mentioned you were keen to get back behind the directors chair and you were working on a project. How is that project coming along?

Yes! We are still writing the script, and I don’t want to say ‘Oh, I make this story’, because maybe someone will make it before me!

What other projects have you been working on lately?

Right now, I’m the action director, making My Kingdom, talk about the old days of the Chinese Opera. I think its very interesting, maybe something people have never seen before.

Thanks to Sammo Hung (again!) for his time, and to Louise from Cine Asia for organising the interview.

Ip Man 2 is released on UK DVD & Blu Ray by Cine Asia on 7 March 2011. This is the third and final Ip Man 2 interview, we also spoken to co-stars Donnie Yen and Darren Shahlavi.