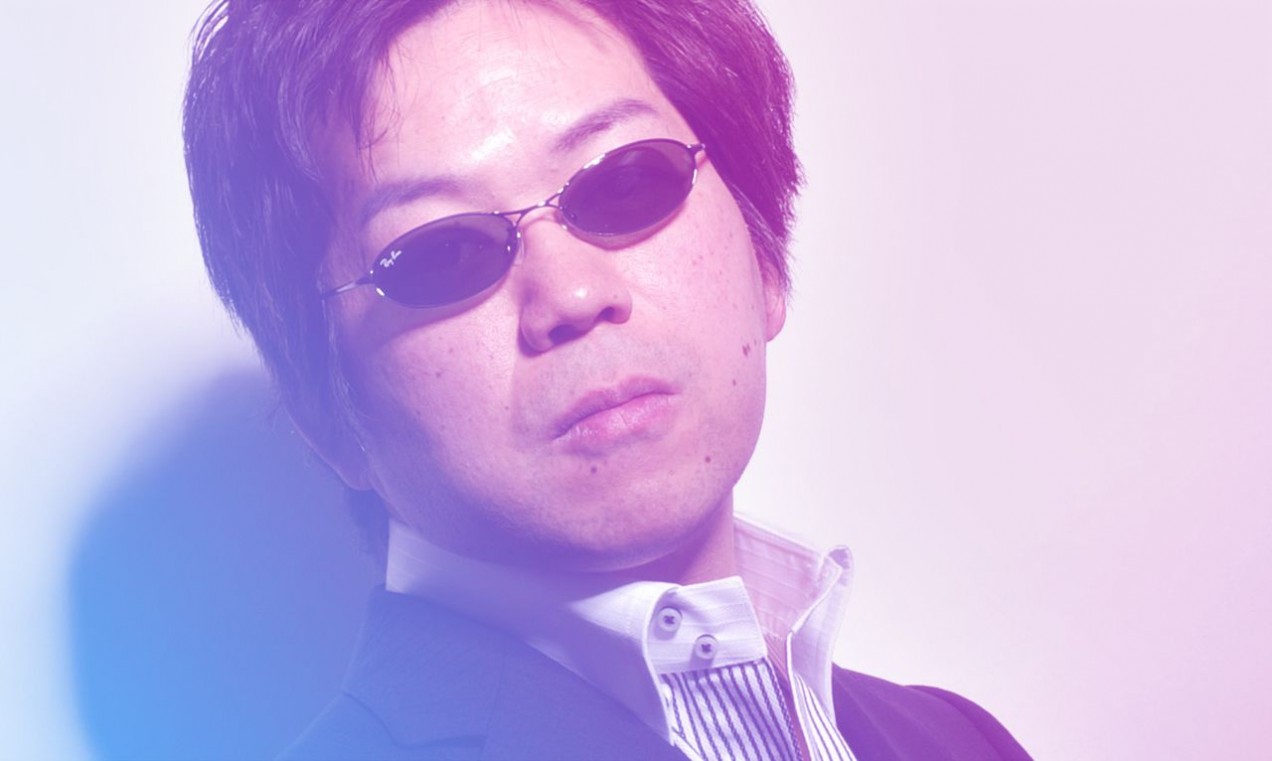 We talk to the creator of Cowboy Bebop, Space Dandy and Samurai Champloo…

A director would give anything for their work to be talked about by one of the world’s most powerful leaders, President Barack Obama. But Shinichiro Watanabe seems oddly stoic when told that his controversial show Terror in Resonance was the topic of debate for the President, and only says: “I wanted people in Japan to talk about it.”

In his speech, President Obama advised American audiences not to take the series’ terrorist elements seriously, but Watanabe is not deterred by this: “I want to continue making anime the way I think it should be made.”

It is surprising that the Japanese animation (anime) mastermind, best known for revolutionary television hits Cowboy Bebop and Samurai Champloo, is so unmoved by the news. But then, his work has always distinguished itself from Japanese animation through its fusion of genres, media, and themes.

Watanabe does not have the intense personality that could be expected of a director of his calibre. Instead, he is an unassuming and modest man – softly spoken yet undeniably passionate about music, animation and, most of all, his work.

The anime guest of honour at MCM Comic Con, Watanabe is here to promote Space Dandy and Terror in Resonance – his most recent projects – as well as chair a panel about his work and meet his fans. He is proudly wearing a Space Dandy t-shirt, and uses simple English to introduce himself before turning to a translator when the interview begins.

“I want to continue making anime the way I think it should be made.” 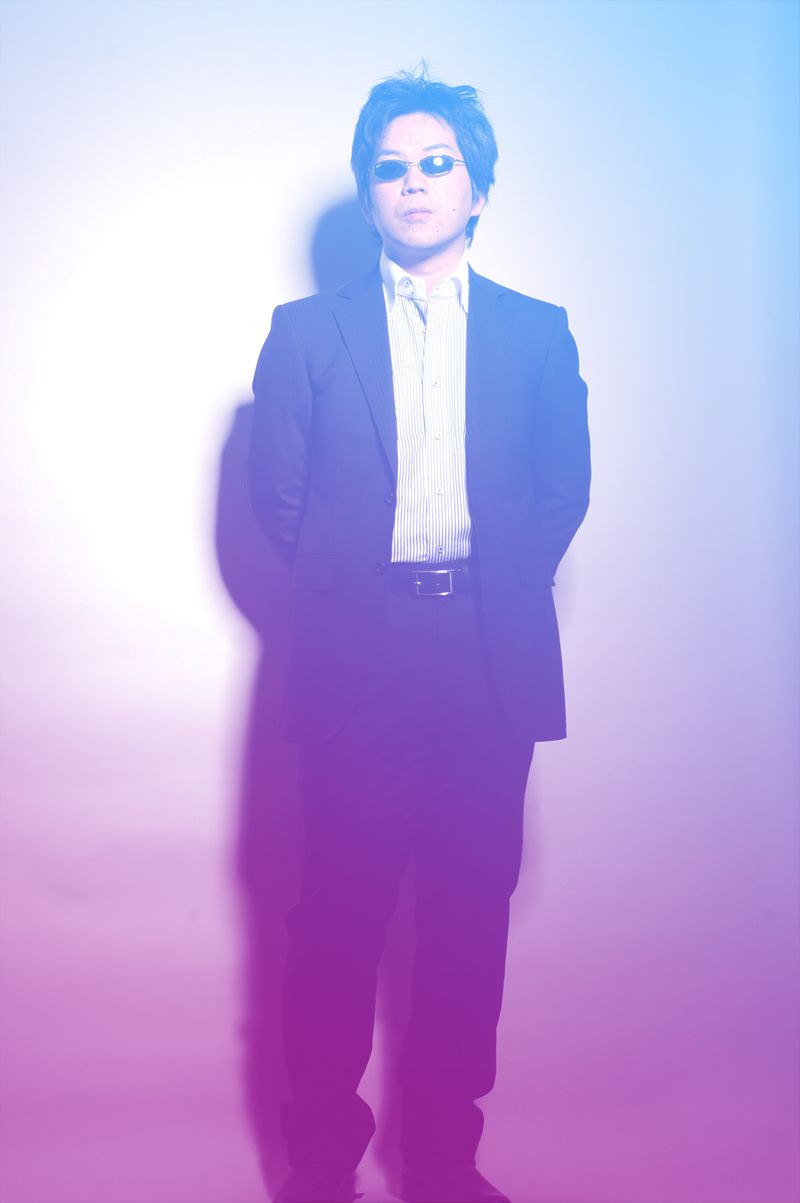 Most of his work manages to find a balance between drama and comedy, such as Cowboy Bebop, a space opera featuring a crew of bounty hunters trying to survive life in space. The show, first broadcast in the 1990s, has been hailed as a landmark in anime. In much the same way, Samurai Champloo, was unconventional because of its blending of classicism with more “modern” urban street elements, such as street-fighting and hip-hop, embodied in its trio of rapper samurai in Japan’s Edo period.

This year, however, both his projects are firmly rooted in the realms of specific genres. As Watanabe, himself, puts it: “Space Dandy is a silly project about an alien dandy in space, while the more serious Terror in Resonance is a critique of modern politics and society.”

Never afraid to reference music in his work, Watanabe describes Terror in Resonance as his “solo” album, exposing his own misgivings with the Japanese government in the hope to create debate amongst the country’s youth.

“I think there is so much of my personal feelings in it, such as my anger at the way things are in the world, and I think it is coloured by how I see things.” 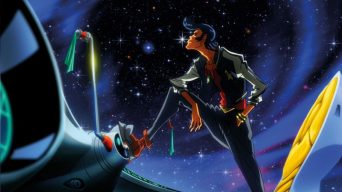 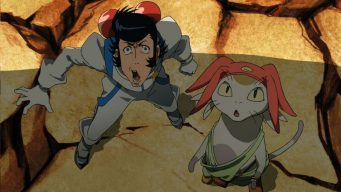 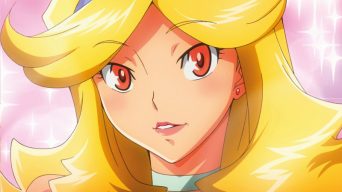 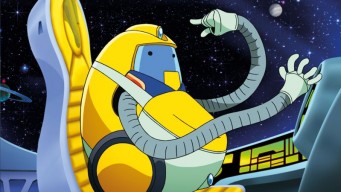 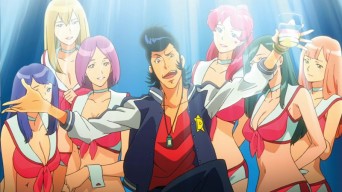 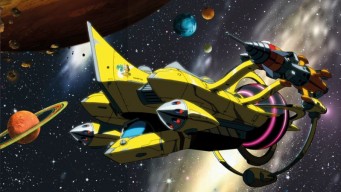 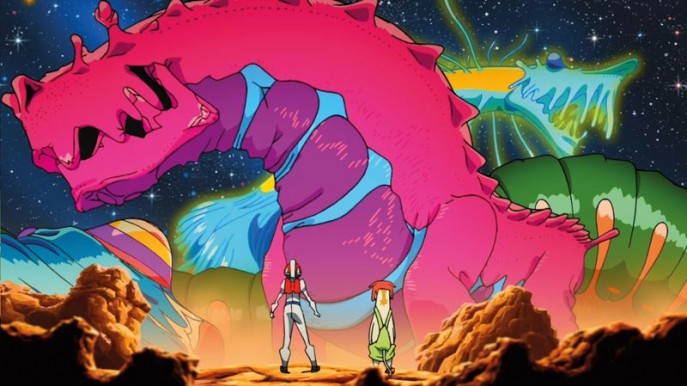 Space Dandy, meanwhile, is a collaborative project between artists, with every episode featuring a new directing and art style based on the individuals working on it. Watanabe enjoys making anime without rules, and so he gives creative freedom to all those working on Space Dandy. As a result, each episode differs from the last, so that the show constantly feels fresh and interesting. Watanabe worked with many artists, directors, and writers that he admired, including the famous science-fiction author Toh Enjo, and even half-jokingly says:

“I would have liked to have Hayao Miyazaki on board, but he was retired,” name-checking the prestigious Studio Ghibli co-founder happily.

While the artists and directors had free reign of the project, Watanabe had one rule for the musicians – the music had to be pre-1984 so that it suited with the disco-fuelled themes in the series.

Music is an indispensable feature of Watanabe’s work, and when describing his initial thought process for his original projects, he says:

“When I first come up with the idea of what I am going to create, quite often the music appears at the same time. So, with Samurai Champloo it wasn’t that I had the story in mind and then added hip-hop to it.  When I came up with the character of Mugen I heard hip-hop at the same time, and I thought he was going to be a rapper samurai.”

The same can be said of his work on Space Dandy, as he believed that retro disco music suited the main character.

In contrast to Space Dandy, his more grounded anime, Terror in Resonance, is a deeply personal project. Given its delicate subject matter of two young boys who use terrorist attacks to expose the corruption of the Japanese government, it took three years from his original pitch to make the show.

Watanabe remains quiet about his inspiration for the work, and only gives vague answers. It is hard to distinguish whether his feelings toward the project are lost in translation or that he feels uncomfortable discussing it. He does say that he wanted the television series to create a debate among the younger generation in Japan, who express little interest in the country’s political issues.

“As anime is an important feature of their lives, I chose to use the project to encourage them to think about these problems.”

In reality, however, this did not happen, and only in America did it spark any discussion as a result of President Barack Obama’s comments. He moves on quickly from the topic, and starts to talk happily about his previous projects.

The majority of the anime that Watanabe has made have focused on original storylines, with the exception of Kids on the Slope – a manga about a school jazz band. Given that the Japanese entertainment industry focuses so heavily on adaptation, this is exceptional.

“For me, it is easier to make an original anime because when you make something based on a manga you always risk being told that it was too different, but with Kids on the Slope, I had read the manga and thought it really resonated with me. So, I thought that I could very easily make it into an anime.”

Watanabe’s most famous show Cowboy Bebop made a huge impact on the western anime audience in the late 1990s, as it was unlike anything that had come out of Japan before. This was a fact that Watanabe learned only gradually, and he says:

“I think that was a result of my having not compromised. I hadn’t thought that maybe if I do this it would go down well in the west or maybe people over here would like it like this.” 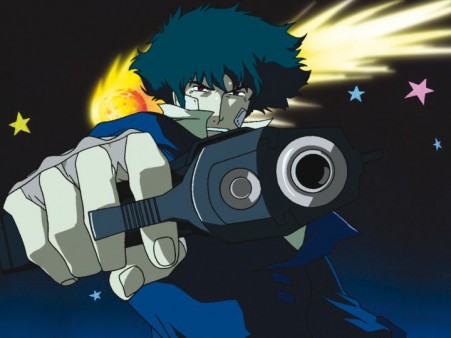 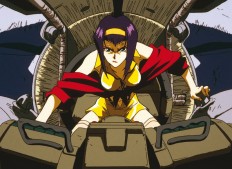 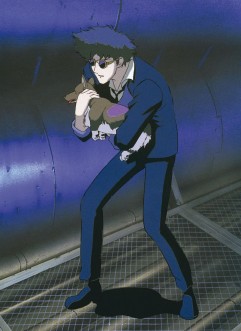 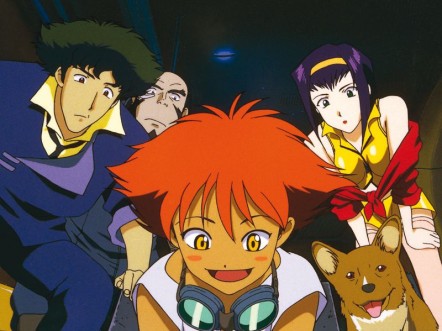 “I think that was a result of my having not compromised. I hadn’t thought that maybe if I do this it would go down well in the west or maybe people over here would like it like this.”

This viewpoint is interesting, because the Japanese animation industry’s heavy reliance on adaptation limits creative freedom. Watanabe explains that no one should deny themselves this freedom, because by allowing himself to make things the way he wanted, he presents audiences worldwide with something different. This freedom can be related most obviously to Japan’s use of fan service, a term used to describe characters or scenes that ‘please the fans’. ‘Boobies’, the bar in Space Dandy, is a prime example of this, but Watanabe says it is integral to the characters and narrative he was trying to depict.

Asked if he is working on anything new, Watanabe only reveals that he is making another original project, but will not divulge any details. We shall have to wait patiently to find out.

Cowboy Bebop and Space Dandy are available on UK Blu-ray and DVD from All The Anime.

Thanks to Jeremy on the All The Anime for the images provided.

3 thoughts on “Shinichiro Watanabe interview: “I would have liked to have Hayao Miyazaki on board, but he’s retired””