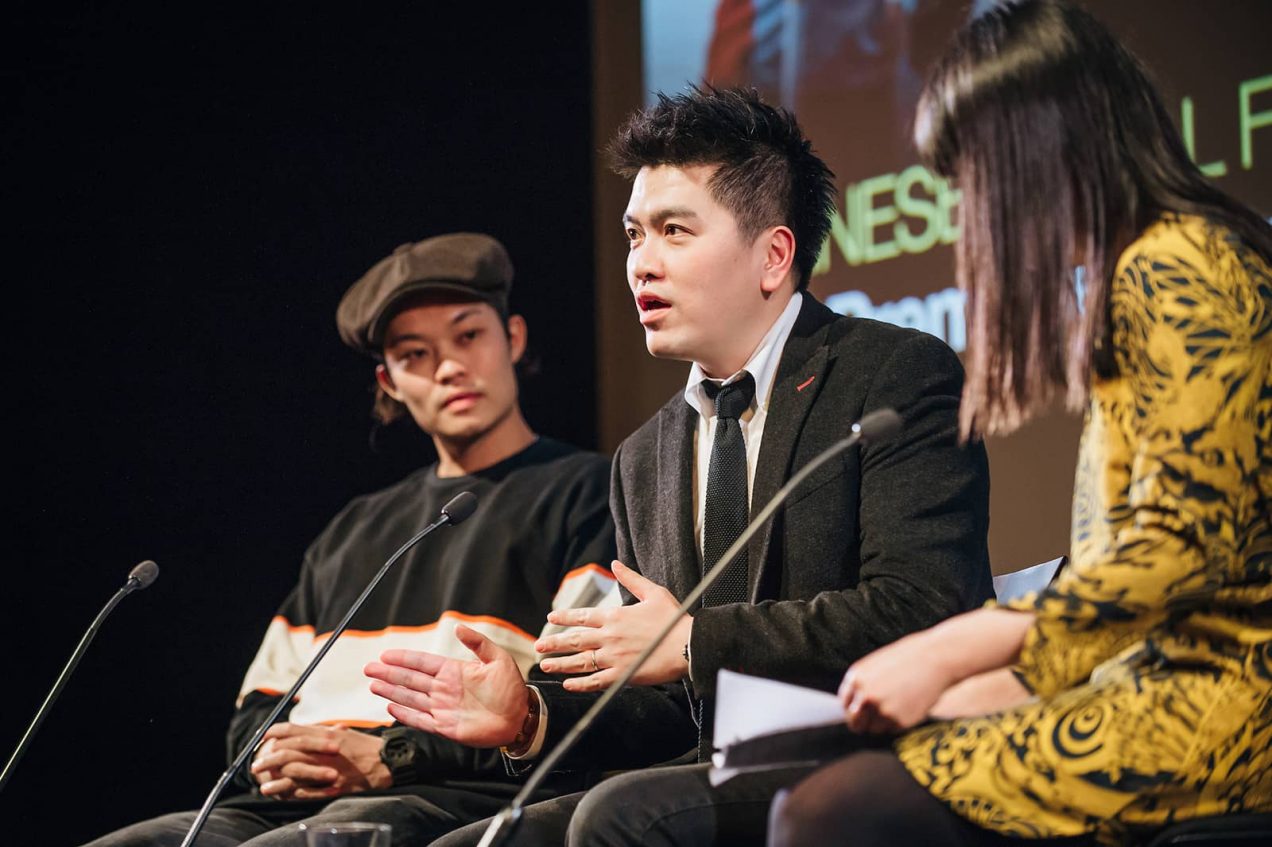 Sunny Chan is known for being a prolific romantic comedy scriptwriter, penning many of his mentor Joe Ma’s hits (Funeral March, Hidden Heroes). In Men On The Dragon, he takes the helm for the first time, crafting a wholly unique and rewarding directorial debut. He had been working on this story for nearly 15 years, and the film shows this with its artful displays of nuance and tact. I joined him and baseball player-turned-actor, Tony Tz-Tung Wu in a repurposed Kings College classroom, while staff made repairs to the smart board. If anyone walked in on us they’d think me and Tony were getting some tips from a tutor, the three of us squeezed into a small circle of conference chairs with attached writing tablets. Nevertheless, this humbling and cerebral setting was ideal for the sort of knowledge about to be gleaned from our fun and unforgettable chat. I had some more questions but due to their tight schedule I only got to my first few, I think this was still an enlightening and fascinating experience.

Sunny, as I understand it you started as a relationship Columnist, and you Tony as a baseball player. What do you guys want to say to filmmakers who think you can only make if you go to film school or actors who think the only way is acting school?

Sunny: Well I should clarify I actually started as a screenwriter, I graduated from the Hong Kong Academy of Performing Arts in 2000. Becoming a relationship columnist was actually a later development in my career.

Tony: For me, maybe it sounds like a cliche but we are all in our own character. The only difference is the actor is being watched while in character, by the camera and then on screen or television. When I was an athlete I only played that one character and had the one experience of being a sportsman. As an actor, I experience different identities and life experiences. In terms of transferrable skills, I think you need to believe in your skill, whether in sport or in acting craft.

What was it like transitioning from screenwriting to directing, how did you find your first time directing?

Sunny: When I was a screenwriter I could set everything against a theatre stage, and that would be enough while imagining a setting. As a director, I am thinking about an actual shooting location, as well as the budget, and the actual capability. Additionally, I need to consider what approach to take that is most suitable for my actors. That being said the transition has been very smooth and enjoyable. As the director I am considering everything and that allows me a lot more control. 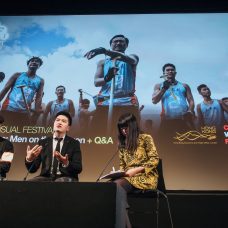 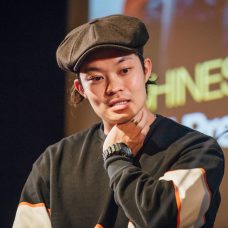 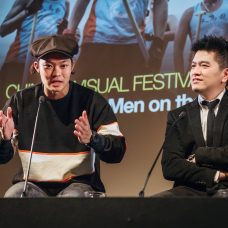 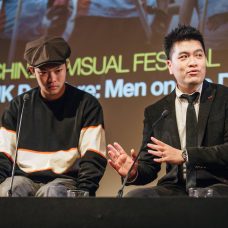 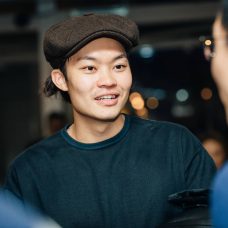 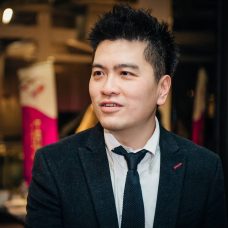 Tony, what did you think about Sunny as a Director?

Tony: My first film was also with a debut director, that’s why I always welcome new directors who want to work with me. Sunny I felt has a lot of faith in his actors, he believes in them. In that environment, I can feel free to have my own interpretation of the character, and give my own input. Whenever I shared my input, Sunny was very willing to listen. Actually to be honest, since we were shooting with three far more experienced actors (Francis Ng, Kenny Wong, Chan Leun Poon). I saw that whenever they felt a scene could be more natural or smooth they would go and talk to him, and I wouldn’t want to, so I would send one of them (laughs).

In the end, I found Sunny to be unlike many other directors who are very strict or insistent on their vision. To have someone as understanding and negotiable as Sunny is quite unusual.

Is it true you began writing this project in 2004, and if so how does this version look in comparison?

Sunny: First off the context had to be changed. In 2004, personal issues, current events, what peoples lives consisted of, were very different to now. Back then you would make a mobile call, today you send WhatsApp voice messages for instance. The bigger change I made was the overarching tone of the film. The 2004 version was actually a much sadder and more miserable story. Joe Ma, my mentor, he said I make it happy and sunnier because life now is already so miserable you don’t want to make it worse.

How did you become involved Tony?

Tony: It was a back and forth for a while, but not since 2004 cause I was just a kid then (laughs), The production company One Cool Film, actually signed me after my first film (Weeds on Fire), and they were also producing Men on The Dragon. So when they began casting for the film they started by looking at the actors they had within the company.

Sunny: Tony’s character was actually supposed to be someone totally unlike him, a middle-aged man who was in his youth a hooligan, someone who was past his naughty period in life. Then I thought, HK film is already way too saturated by that character type, even actors playing older scumbags, at one point played young scumbags. I just couldn’t think of anyone who would bring something new to that archetype. After considering a lot of options I decided to give Tony a try.

When we started talking, and I felt his muscles (laughs)… the original character like the others hated the idea of dragon boat racing,  I just felt that there is no way his character would hate dragon boat racing. I did a really thorough rewrite thinking, Tony just doesn’t look like a scumbag, so I made him an athlete and I think that ended up being quite interesting for the story. 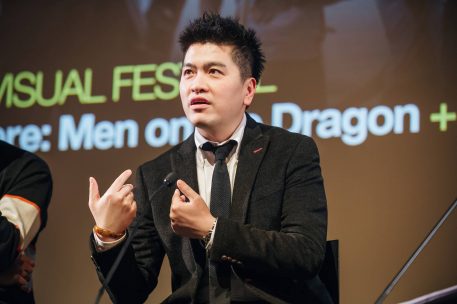 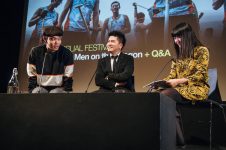 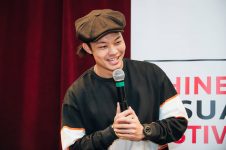 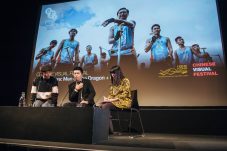 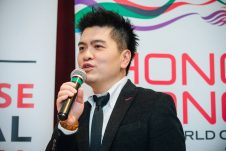 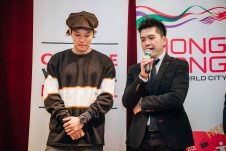 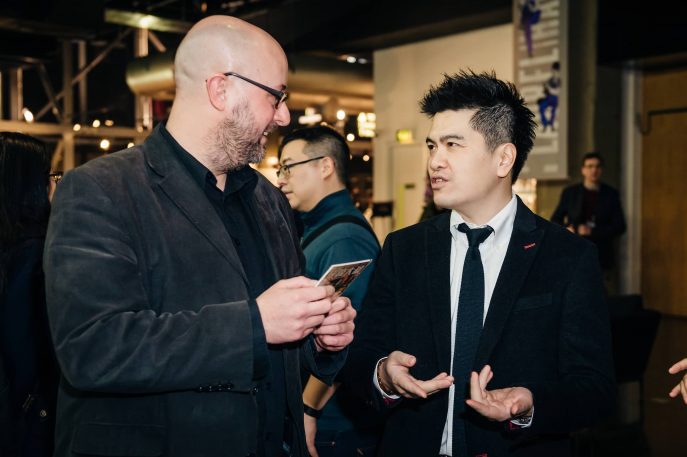 I really enjoyed the different take on masculinity in this film rather than the confident and aggressive role you see men usually take we see a more patient almost defeatist type of male role in this film, was that intentional?

Sunny: It was never my intention to deconstruct masculinity per se because that’s the real and more authentic personality I see. A lot of the more masculine HK films we have seen before, the gangster films or mobster films, those characters are not very approachable, they cannot be found in everyday life, I just find that people don’t really act or behave like that. Most of my actors they play people who are simply believable, that’s why I prefer current HK film rather than those genre films from the past. They display real emotions and authentic characteristics.

(At this point the interview had to be stopped due to scheduling constraints, but to answer my last question myself there are rumblings that there will be a sequel and at the very least that Sunny will work with this cast again. In other words, we are all winners here!) 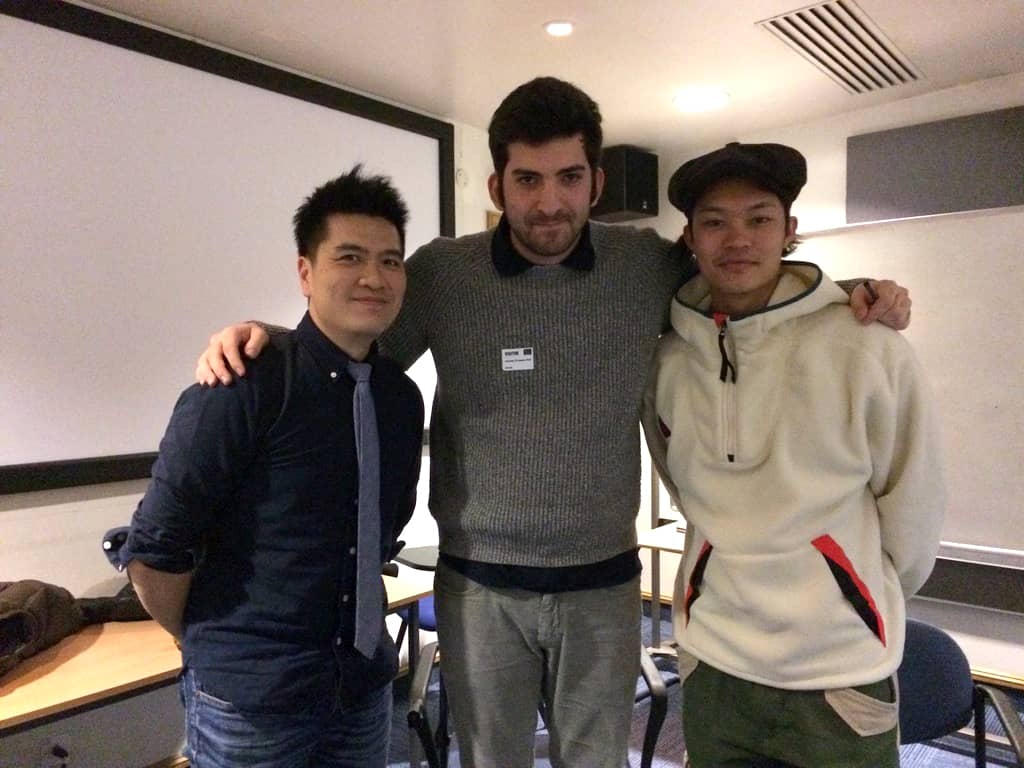 Men On The Dragon had its UK Premiere as part of the Chinese Visual Festival‘s Chinese New Year screenings at BFI Southbank on 25 January 2019, supported by HKETO London.