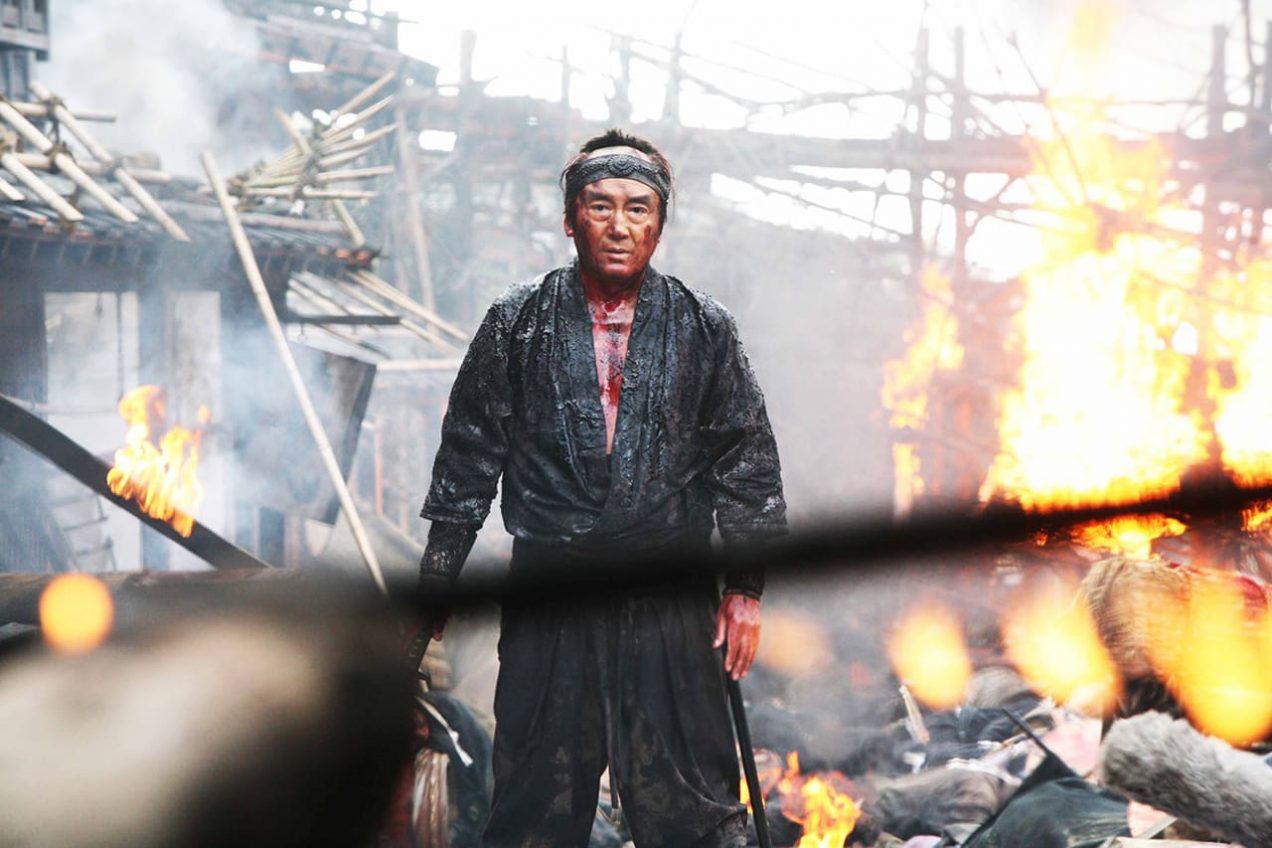 As Takashi Miike’s 13 Assassins is released this Friday, we’re publishing this revealing interview with the prolific filmmaker himself…!

We not normally in the habit publishing syndicated interviews, but this gives such an insight into how the film came about that we couldn’t resist! This interview was conducted by Damon Wise via Skype with Takashi Miike in Tokyo on 10th February 2011, prior to the Earthquake and Tsunami.

What was the attraction of making a Samurai movie?
I’d always wanted to make a more traditional movie, and when I was given the chance to do one, I took it. The attraction was the dialogue, the kind that would not appear in a modern-day film – the elaborate language that they use. And also the way the story develops is not something you would find in a modern-day film. And what’s especially interesting is that there are no police, like you would certainly find in a modern-day movie. It’s a world where power decides the law.

Is it fair to say that the Samurai movie is to Japan what the western is to America?
Yes. Essentially, that’s true. The format’s pretty much fixed. And the POV, or the sense of order to the world in the minds of the characters, is pretty much the same.

How historically accurate is 13 Assassins?
Possibly the real history – because no one really knows – might be even more alarming than what we show. It is true that there was a leader who was quite violent, and it’s possible he was assassinated. But the idea of the period itself is very true. By this I mean the background, the way the characters live their lives, the way society is divided into hierarchies and the balance in the society – the fact that they have finally achieved a long term of peace, and that peace has gone on for too long, and society is changing. There actually was a real man, a real leader, named Naritsugu. But he wasn’t the one who was the really violent person. It was the person //after// him that was quite… er… amazing. (Laughs) So it’s not //completely// historically accurate.

How much of the village did you actually build?
Normally, people use CG to create huge, elaborate castle scenes or fake backgrounds, but that just ends up making the whole movie look fake. So in our own movie, the only CG you see is… Well, there are certain animals that we couldn’t hurt during filming – I mean, we couldn’t set the bulls on fire in real life! So those are CG. But other than that, there’s also a little bit of CG work when it comes to the blood, during the fight scenes. It’s in addition to the actual physical stage blood we used. But that’s pretty much it. Also, we didn’t use any digital effects in post-production, like you’d normally see in an action movie. They use digital effects to slow down the motion, or they use high-speed cameras – that kind of thing. But everything was shot at 24 frames per second, with no changing of the speed in the edit. The idea was to respect the old way of making these movies.

How long did the film take to shoot? Was it longer than usual?
I don’t remember! (Laughs) About two months. Unlike most American filmmakers, the Japanese don’t need sleep, so we work a lot harder. Well, a lot //more//, I should say. Actually, maybe it was longer than two months, because we shot on a studio lot and then we shot on an open set as well, and there was some travel time in between. So it was a little longer than normal for me.

What is the average length of a Takashi Miike shoot?
In the old days, it was always two weeks. Audition was probably two or three weeks. Once the budgets got bigger, we were able to get more days to shoot. But I lost quite a bit of freedom, having more days to shoot with more money. I had to make stuff that everyone would like! (Laughs) Maybe I’m not suited to making those kinds of movies! But finally I think I became an adult and admitted that I needed to make those kinds of movies as well, for bigger audiences. Maybe, though, I’ll ‘rebound’, as they say, and come back with more over-the-top low-budget stuff as well.

Is 13 Assassins a specifically Japanese story?
The main point is, it’s not a movie for the audience to watch and learn something about Japan. I just want them to watch the movie and //feel// something. It might be a hard movie to understand for western audiences, because of some of the very Japanese concepts or the very Japanese relationships between the characters – the hierarchy and whatnot – but it could fit into any country’s history. Or any struggle that any country has had.

When you made your first movie, did you have any idea that you would be so prolific? You’ve made an average of four films a year for 20 years…
Rather than the number of films, I never thought that I would be a director. I didn’t ever think I was talented enough to become one. I always thought there were people that were more talented than me and they would be the ones to direct movies. But I guess //someone// has to become a film director. For me, I got there through a certain process. But anyone can be a film director if they want to be. And what I often think sometimes is that people who don’t know anything about movies tend to make really interesting movies.

How important is genre to you? You’ve made horror movies, Yakuza movies, a western and even a musical.
The actual concept of ‘genre’ is essentially created by people who are distributing or showing a movie. It’s something they can sell to audiences. It’s like, “Hey, if you like comedies, come see this movie.” But if you’re //making// movies, it’s not the same. If you’re making a movie about the Yakuza, there might be some scary things involved in making it, but in the end, there are moments that might involve comedy. So if you’re making movies, you don’t really think much about the actual genre, and as a result it comes out as //some kind// of a genre.

How did you enjoy being part of the Masters Of Horror project for HBO in America?
With Masters Of Horror it was an indie project, and when they said, “We’re America, we’re the land of the free,” I kind of thought I could do whatever I wanted. But when I did whatever I wanted [the film Imprint], my work ended up being unable to be broadcast. (Laughs) So I was a little let down by the so-called ‘freedom’ that America seems to possess!

Have you had any offers from Hollywood studios?
Yeah, there have been several, but somewhere during the talks… (Sighs) It’s not that things don’t go well, it’s not that trouble arises, it’s just about how they view a director. The problem is the restrictions they put on you, the time periods. I always say to them, “OK, so while you’ve got me on hold in LA and I’ve got a couple of weeks in between filming, can I come back home to Japan and make a little movie?” And they won’t allow me to do that, so I always turn them down.

What kind of offers do you get?
I’ve been involved all kinds of meetings, but I don’t ever get aggressive enough to say that I want to make the movie. They probably think, “Gee, why doesn’t he wanna make this movie? He doesn’t seem interested!” (Laughs) I’ve had some pretty big offers for several-picture deals, but it’s just too much of a pain in the ass to have my life restricted for that long period of time, and that’s the reason I’ve never wanted to make a movie in Hollywood.

13 Assassins is released this Friday in UK cinemas.