Just what is Cat III? James looks at the notorious Hong Kong film classification in the first of a two-part feature…

Hong Kong has long played a key role in the spread of Asian cinema to the west, action and fantasy horror films by the likes of John Woo, Tsui Hark, Ringo Lam and others having spearheaded a wave from the east in the late 1980s and early 1990s. Although HK cinema has of late been in the doldrums, most directors being in held in thrall by the Mainland market and censors, these post-New Wave years still represent for many fans a golden era, and one which not only raised the profile of Asian cinema worldwide but which proved that the territory was capable of far more than just martial arts films. The Killer, Hardboiled, City on Fire, A Chinese Ghost Story and others are still held up as classics today, and it’s them and their brethren that most aficionados or academics refer to when they speak fondly of the wildly creative heyday of the Hong Kong film industry.

However, while these masterpieces were finding new audiences around the world, back in Hong Kong another, considerably less respectable cinematic form was making its presence felt, namely exploitation films with the Category III rating. Although not strictly a genre, these films shared a common goal – to shock, thrill and titillate through extreme sleaze, sex and violence, with good taste or cinematic morality being left firmly at the door. Their content going far beyond what was then (and still is in many cases) acceptable in the west, including rape, cannibalism, torture, sexual violence and pretty much every perversion imaginable, these films rarely earned global releases, and as such have remained largely ignored by mainstream Asian cinema commentators and have slipped under the radar of genre fans outside Hong Kong – these are the films which never get optioned for remakes, and which are usually spoken of only when being condemned or at best dismissed.

Nevertheless, category III films and the boom they enjoyed in the late 1980s and early 1990s form an integral part of modern Hong Kong cinema, and are worthy of rediscovery – at least for those with strong stomachs.

Although Hong Kong had been making category III films or their equivalent for many years – as seen in grotesque Shaw Brothers productions such as Ho Meng Hua’s 1975 Black Magic, Chuan Yang’s 1983 Seeding of a Ghost, and others – the form first really came to the attention of western exploitation fans with the infamous Men Behind the Sun (a.k.a. Camp 731) in 1988, which along with the Japanese Guinea Pig series soon became legendary for its gruesome excess. Directed by Tun Fei Mou, who helmed several early shockers, including Lost Souls for the Shaws in 1980, the film depicts in graphic detail the torture and surgical experiments inflicted on Chinese prisoners by the Japanese during the Second World War by the notorious Squadron 731 in Manchuria. Rarely had viewers seen such a sickening barrage of sadism and barbarity, and the film quickly acquired cult status, being passed around in bootleg form by collectors. Back in Hong Kong, film makers were coming to realise that there was a great demand for such extreme and lurid content, and Men Behind the Sun was soon followed by a growing parade of similarly monstrous fare.

What is Category III?

The term ‘Category III’ at the time (pre-1997 and the handover to China) was a rating awarded by the Hong Kong Television and Entertainment Licensing Authority (TELA). The film rating system in Hong Kong is basically as follows:

I – Suitable for all ages

IIa – Not suitable for children

IIb – Not suitable for young persons

The main thing to note was that the categories I, IIa and IIb were advisory only, and that as such it was not illegal for a child to watch a IIb rated film in a cinema. However, the category III rating was legally binding, with large fines being liable if transgressed – interestingly, it would technically be the patron committing the offence rather than then cinema. This helped to enact a sort of self-censorship unseen in the west, which effectively allowed the state to avoid responsibility and to allow the production and distribution of dubious entertainment by placing the onus on the viewer to make their own decisions regarding access to such material. This also means that for the most part category III films have relied on the DVD and VCD mediums, and consequently online viewing or downloading in more recent times, for much of their diffusion. 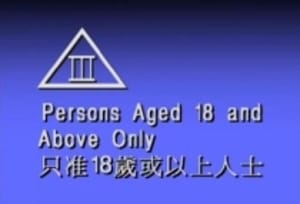 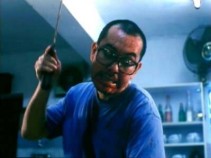 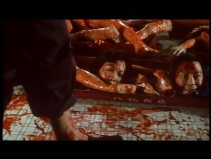 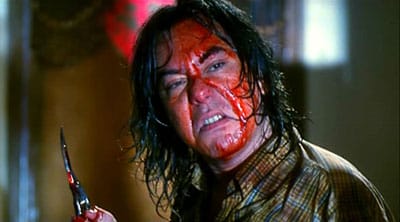 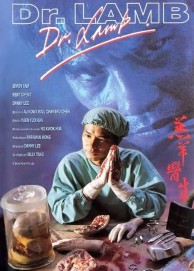 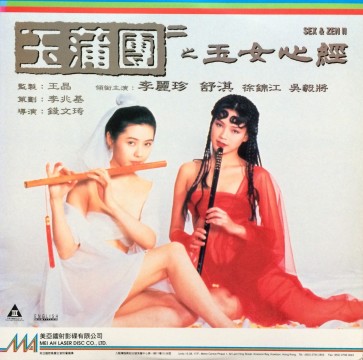 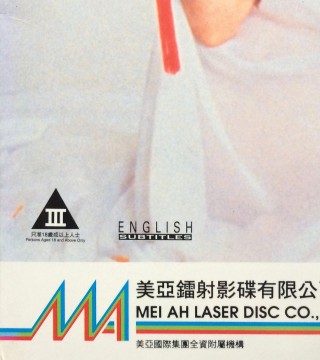 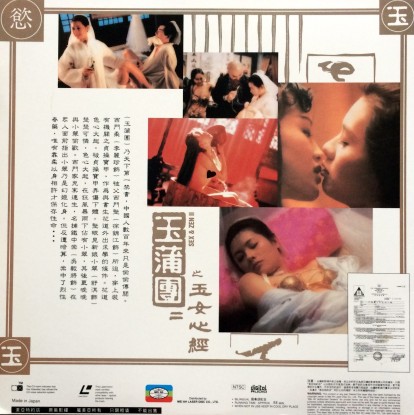 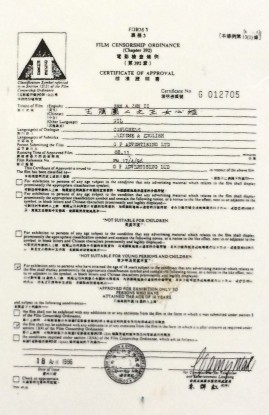 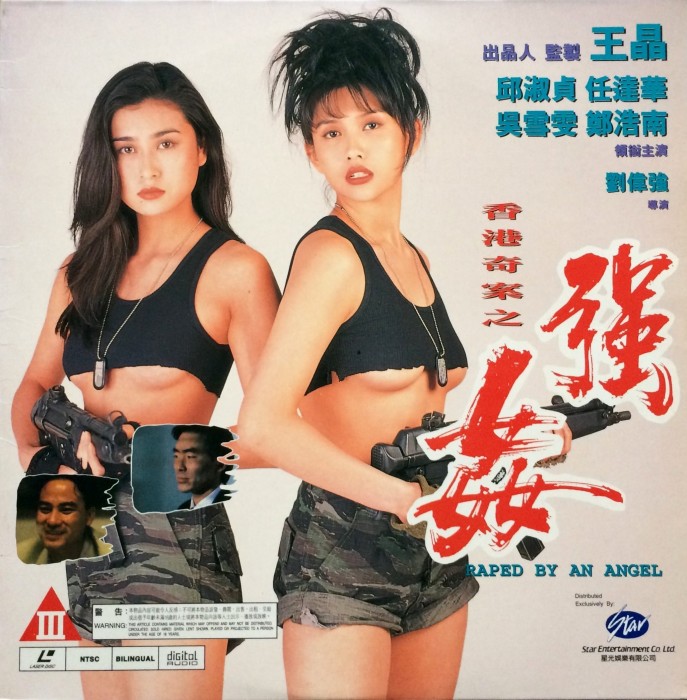 By way of rough comparison, the category III rating in many cases goes beyond the UK 18 certificate (though some films with the rating have received 18 or even 15 certificates in the UK, albeit with cuts made at the behest of the censors), and is closer to the US NC-17 rating, i.e. being for ‘adults only’, though stopping short of hardcore pornography or anything illegal. However, while the NC-17 certificate is generally the kiss of commercial death and means that the film in question is unlikely to be advertised in the mainstream press, in Hong Kong category III films often screened in major cinema chains alongside far more audience friendly popcorn productions.

Category III films were for the most part free from censorship, though there were a number of exceptions, with some of the more extreme examples of the form such as 1992 necrophiliac serial killer tale Dr Lamb, directed by frequent action star Danny Lee and Billy ‘Bloody’ Tang, and Herman Yau’s seminal 1993 and 1996 outings The Untold Story and Ebola Syndrome all being trimmed – interestingly, the latter two films were later released unrated and fully uncut on DVD in the US. This has also been seen recently in 2010 in the cases of Pang Ho Cheung’s Dream Home and Wong Ching Po’s Juno Mak and Sola Aoi-starring Revenge: A Love Story, both of which were cut in Hong Kong despite receiving a category III rating, but which came to the UK uncensored. The reverse was also true, with category III rated foreign films released uncut abroad also being edited for Hong Kong audiences, such as Takashi Miike’s brutal and controversial 2001 superhero opus Ichi the Killer.

There have been a few interesting cases of other types of censorship of category III rated films, often for bizarre, seemingly innocuous reasons. An odd example of this can be seen with Yeung Chi Gin’s 2001 cannibalistic true crime thriller There is a Secret in My Soup, in which a Hello Kitty doll in the background is covered up with optical mosaicking, providing an amusing contrast with the graphic atrocities being carried out onscreen without any such concern for decency.

There are many different types of films which have historically earned the category III rating – this article will focus mainly on those produced in Hong Kong, rather than foreign imports.

Category III films basically fall into two kinds – those whose content has been deliberately designed and planned to achieve the rating, generally by packing in as much sex and violence as possible, and those which are rated category III for a variety of other reasons outwit the control or intentions of the film makers.

The basic reasons stated by the TELA for earning the rating were as follows:

This is obviously not very clear-cut, especially the second point, which would seem to indicate that a very high percentage of the notoriously non-PC Hong Kong comedies of the time would have been rated category III. Indeed, there are a number of films which have achieved the rating without seeming to deserve it, and vice versa, often due to themes tackled or other factors.

Examples of this include the 2004 Park Chan Wook, Fruit Chan and Takashi Miike directed horror anthology Three: Extremes, which does not contain much in the way of gore compared to other category III genre films, and which earned the rating as a result of dealing with the theme of illegal abortions (not to mention to consumption of the foetus) and its scenes involving Siamese twins. Many highbrow and artistic films have also been stamped category III for similar reasons, though these can be harder to tie to the TELA definition above – Wong Kar Wai’s 1997 Happy Together for instance was rated thus due to its graphic homosexual content. In fact, certainly back in the early 1990s, most films with any homosexual content outside of homophobic slapstick were designated category III and were treated as exploitation cinema whether they were or not, including the likes of Otto Chan’s trashy but fairly innocuous 1992 outing Pink Lady. In a more recent case, Pang Ho Cheung’s Vulgaria was one of the few films to earn a category III rating on the basis of its use of offensive language alone – interestingly, the film was only given a 15 certificate on release in the UK in 2013, though this perhaps speaks more to the untranslatable nature of creative Cantonese cursing.

While the TELA definitions are broad and ambiguous, it’s generally sexual violence which is the deciding factor, and whether or not rape or sexual assault is played for titillation. As a result, much like in the US, the Hong Kong classifications systems shows an at times odd imbalance in terms of allowing films with extreme violence to pass with lower ratings – Patrick Yau’s Johnnie To produced 1998 thriller The Longest Nite is a good example of this from the late 1990s, being extremely violent and nihilistic, but lacking the distasteful sexual edge needed to push it into category III territory.