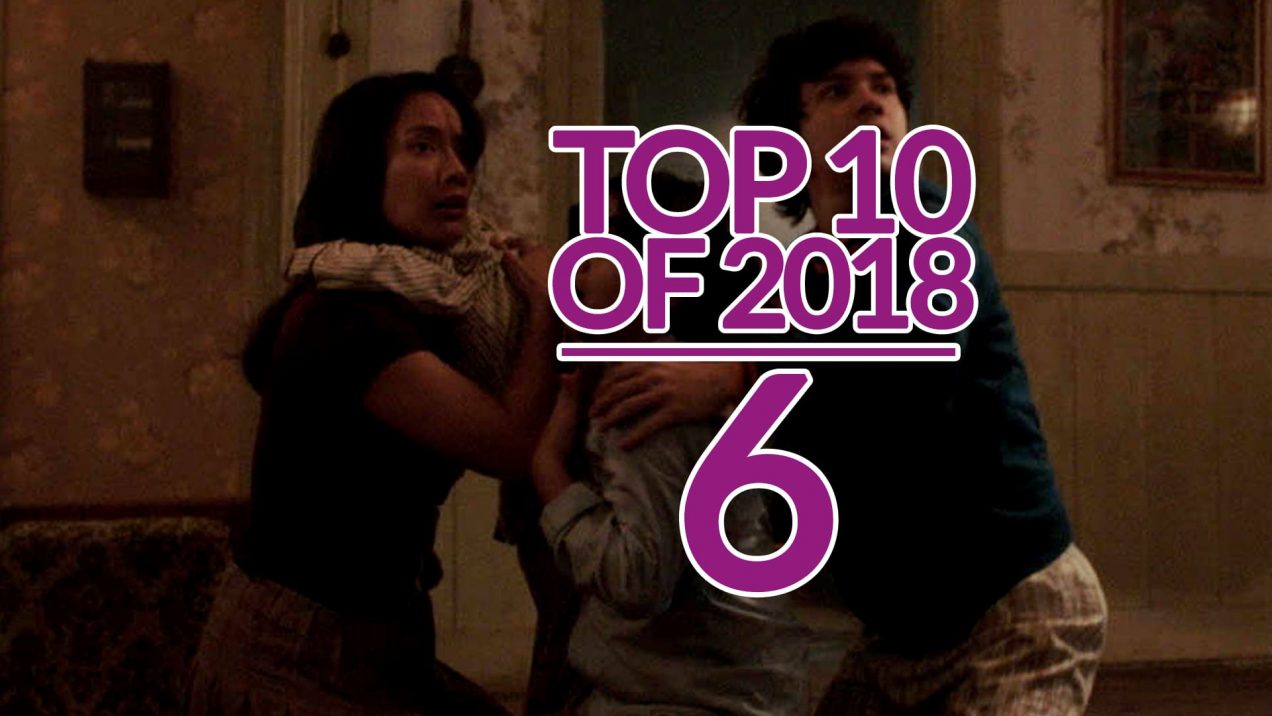 Back in 2017 I was fortunate enough to interview Indonesian film director Joko Anwar about his somewhat underwhelming HBO Asia TV series Halfworlds. I am a big fan of his work, but I was really disappointed with this effort, but Anwar was really genuine and honest about the project. Serveral times during the interview he kept harking back to the movie that he was currently wrapping up production on. It was clear this was a big deal project for him, and his excitement was palpable even over a rough Skype conference call. It appeared that he was putting the final touches to a project that was very personal to him, a remake of Sisworo Gautama Putra’s (Sundelbolong) 1980 film Pengabdi Setan/Satan’s Slave. The film had basically inspired Anwar to be a film director, and by all accounts he had been petitioning to do a remake of the film for years, and once he found out that Indonesian exploitation cinema specialist Rapi Films were actually planning a new version, he offered up his services.

The original Pengabdi Setan isn’t a particularly memorable or special film by the standards of today – it’s a fairly dated low budget Indonesian exploitation/horror – but it does have a unique viewpoint as it is firmly based in in a Islamic context. Most horror films, if they don’t take an entirely secular route, will be feeding off Christian concepts and themes, or more likely in asian cinema, more traditional folklore. Indonesian horror in particular is full of films about Kuntilanak’s and Tuyul’s and Pocong’s. Anwar’s remake is certainly informed by and exists within an Islamic context in terms of certain traditions and ideas, but it appears to be far more influenced by western horror of the 1970s and 1980s. It has far more in common with Rosemary’s Baby and The Exorcist in tone and style than it does with the source material (other than the basic story).

But I won’t, because as true as all these things may well be (and they are), the really important thing is that it is scary. I mean genuinely unsettlingly scary. I watch a lot of horror films, and to be honest, other than the odd jump scare or gory moment, it takes a lot to actually scare me for more than a few seconds. Anwar pulls all the classic horror tricks out of the bag, albeit with the occasional piece of inventiveness (such as a jump scare via a Viewmaster). He cleverly allows the camera to roam around the frame, leaving the viewer both fully aware something is going to happen, but leaving you on tenterhooks about exactly where and when that moment is going to be realised. The film also leaves little nods to all kinds of horror films, not only its source material, and to the western films I mention above – but there’s a Well that clearly is channelling Ringu, and if Anwar hasn’t seen appreciated the British/Persian Under the Shadow I would be awfully surprised.

The first two acts of the film are superior implementations of a really good asian horror ghost story. But in the third act, Anwar ramps it all up to 11. The horror moves from the psychological to the physical. The questions it poses scale up from an effective but fairly standard haunting, to something much bigger. Sure, it also has plenty of commentary on family and religion and poverty – but most importantly it properly frightens you.

Whilst we cover a wide range of films here on easternKicks, including plenty of horror films, the nature of the process that we use to both built up the voting shortlist and the final 10 can mean that straight up horror struggles to make it to our annual end of year jamboree (yes, I know in 2016 the top two were The Wailing and Train to Busan, but the former was something more than a horror film). Satan’s Slaves isn’t a film that rewrites the boundaries of horror. It’s a film that genuinely scares, and fuses together both the creepy slow burn of regular asian horror with a louder, more in your face Western vibe. It does all that and was also a huge domestic box-office hit. And that is why it fully deserves this place on our list.