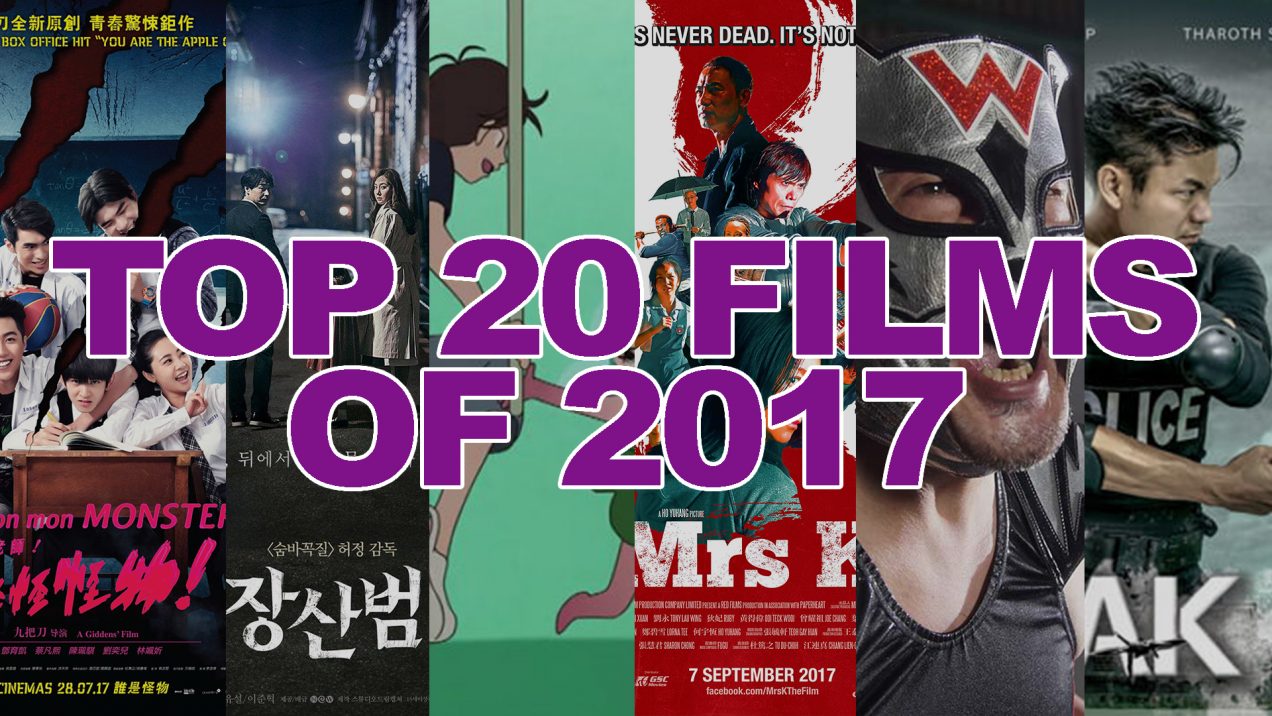 It’s the time of the year where the easternKicks team votes on our top films of 2017! This year we’ve expanded the vote, and now we’re also writing up our Top 20 films of the year! Here is our Top 20 – 11 films, with a brief write up on why we leave all 10 of these films. Come back every day between now and the 25th December to see a long article on each film in the Top 10, and find out why we love those films. 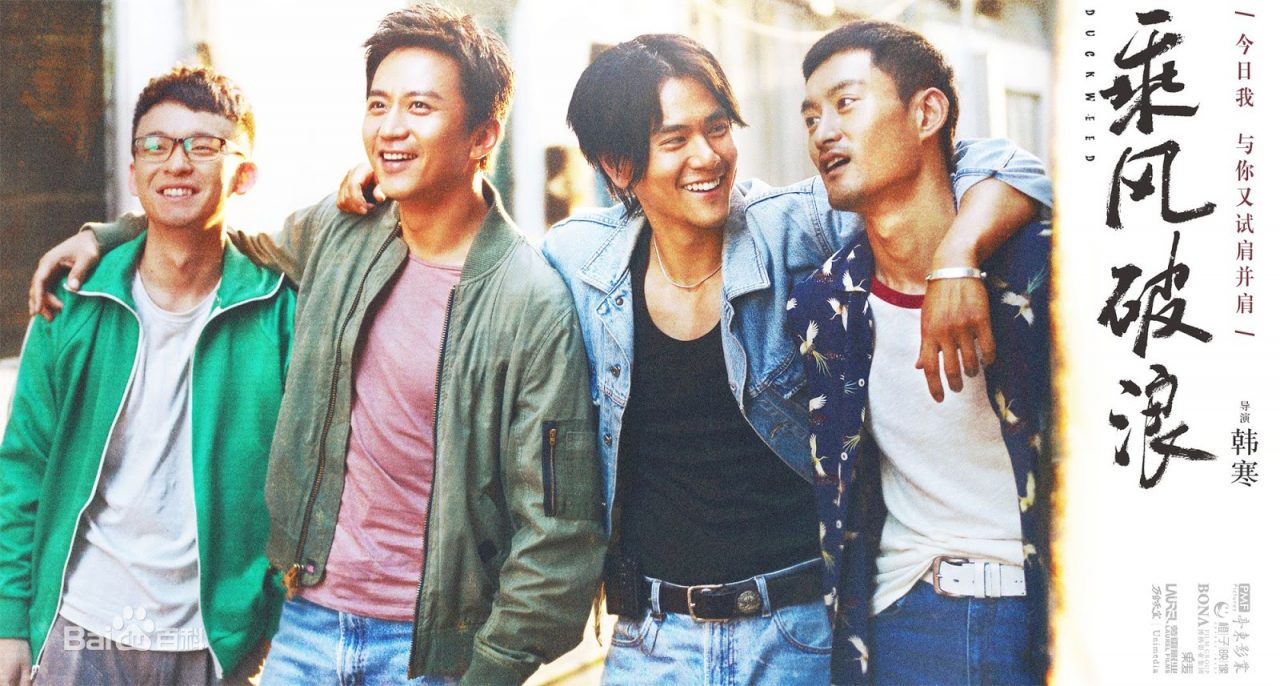 If the viewer starts to think too much about what causes Ah Lang to travel back in time to see his parents as youths in Han Han’s Duckweed, they won’t enjoy it. The premise may be shaky but the comedy will definitely elicit more than a few chuckles, the drama is exciting, and most of all the characters are wonderfully realised. At many times throughout the film you will wish that you could be a member of the ragtag Zhengtai Gang, such is the charm of Eddie Peng in the role of Xu Zhengtai. Every character is hapless in their own way, so the audience grows to love them warts and all. Duckweed is ultimately a very optimistic film, with a positive outlook on both filial and romantic love, and it will make the viewer feel very warm and cozy. The tragedy is that it has to end at all. 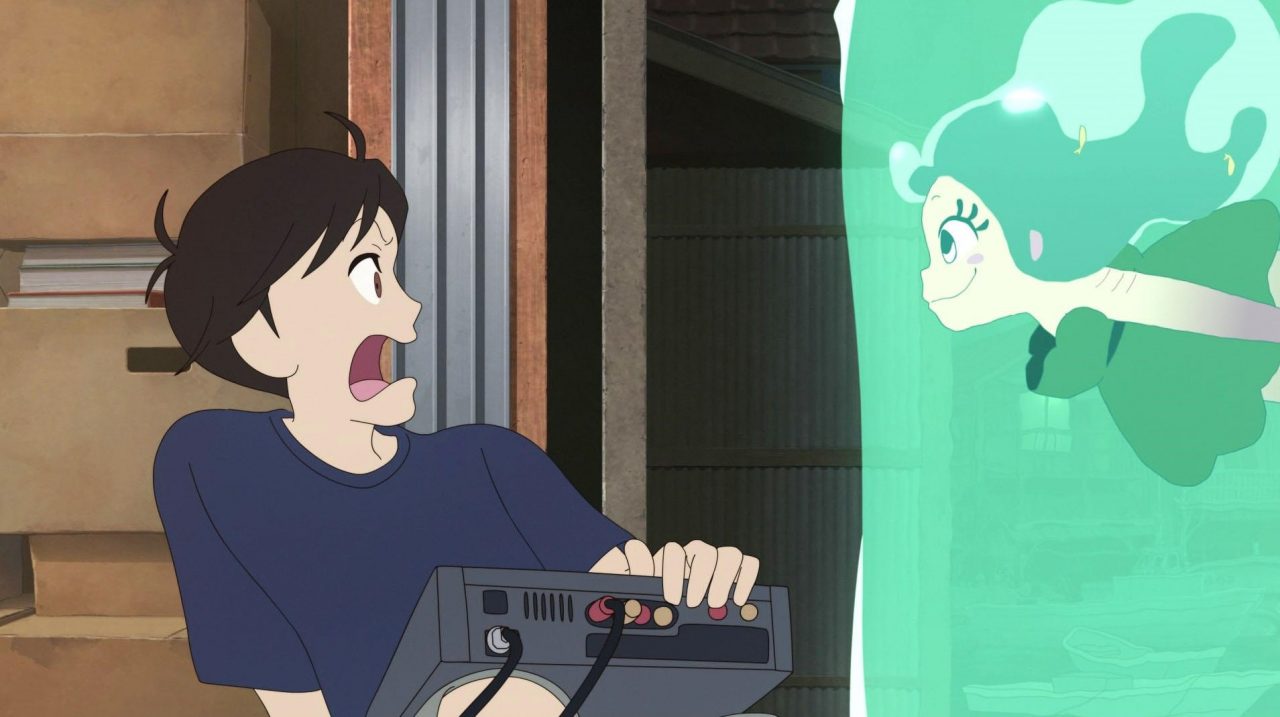 2017 was a good year to be a Masaaki Yuasa fan. He took a break from his television anime work to finally follow up his feature debut Mind Game (2004) with both The Night is Short, Walk on Girl and Lu Over the Wall. The former was a great, booze-soaked trip down the rabbit hole, but Lu Over the Wall was the strongest reminder of Yuasa’s singular talents. The expected visual barrage is present, and is matched by one of anime’s most inventive scores; a kaleidoscope of varying art styles mimicking Munch, Matisse, and childlike crayon drawings combine with chiptune, vocaloids, and J-pop to tell a Ponyo/Hans Christian Anderson-esque kid-friendly tale of a mermaid who just wants to join a band and make everyone dance (and maybe save the world). This folktale narrative gives a simple framework to contain the visual excess, resulting in Yuasa’s most focused work yet. 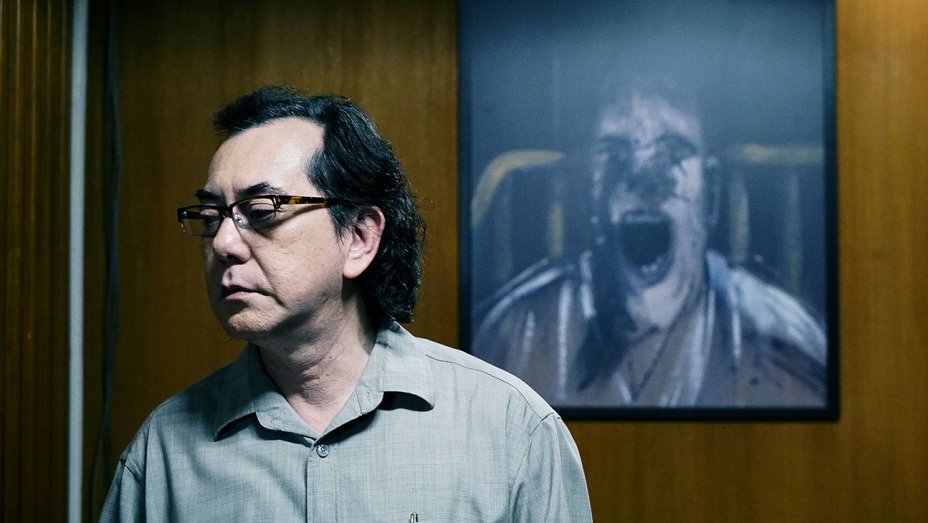 Herman Yau is not only one of Hong Kong’s most prolific directors, but one of its most versatile. His third film of the year arrives in the lurid form of The Sleep Curse, an exploitation shocker harking back to his early Category III-rated classics The Untold Story and Ebola Syndrome, reteaming the director with actor Anthony Wong, something which is sure to excite fans.

The Sleep Curse is certainly a bit more ambitious and serious for a film whose raison d’être is providing gory thrills, and Yau works in a lot, from Lam’s frankly crazed theories about sleep disorders, through to science, superstition and old school Chinese black magic gong tau. Yau has never been one to shy away from tough subjects, though as with his 2014 child prostitution drama Sara, for some viewers these sequences will prove overly-distasteful, and the scenes of rape and abuse are uncomfortable viewing, especially when considered against the film’s status as an exploitation schlocker. While not really as memorable as his classics The Untold Story and Ebola Syndrome, the film will undoubtedly satisfy fans, and it has to be hoped that Yau will make a fully-fledged return to shock cinema. 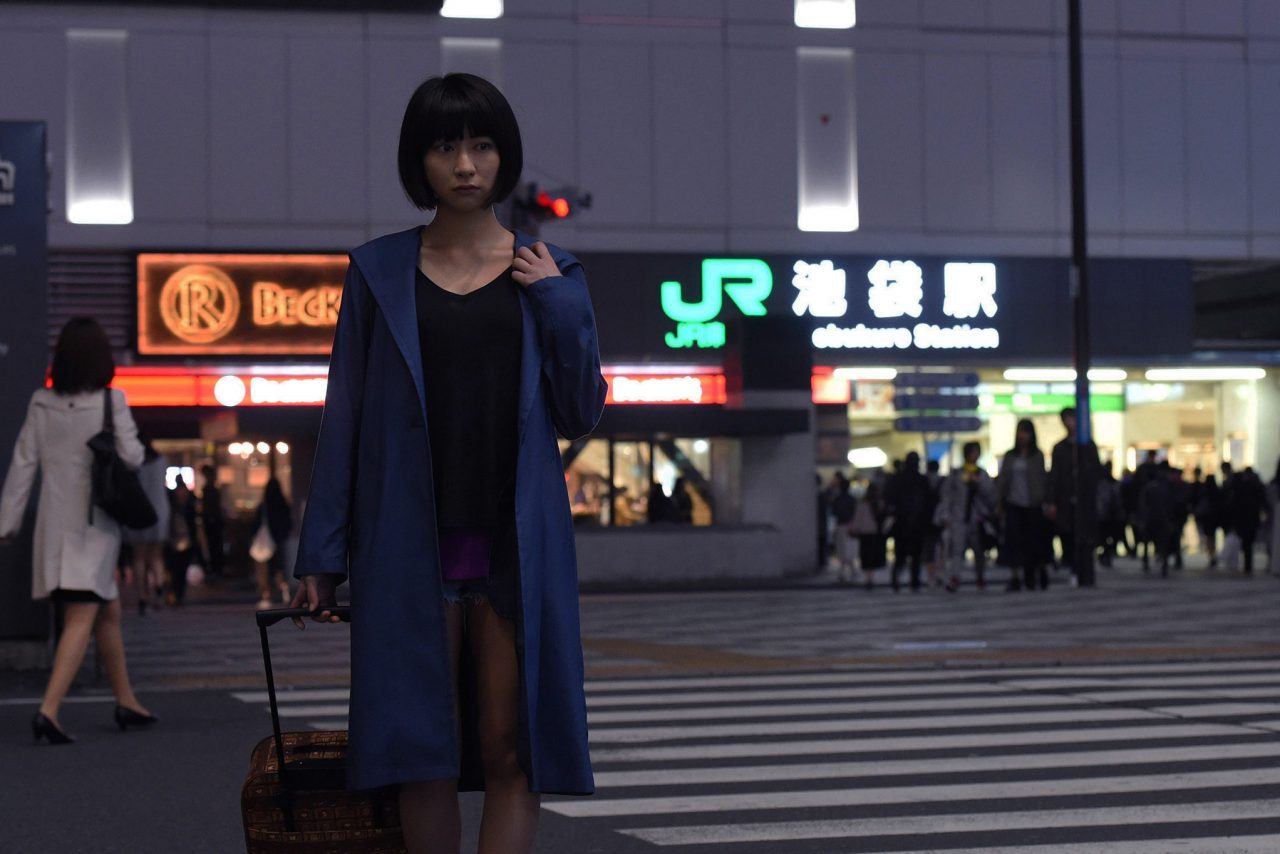 Out of all of Nikkatsu’s Roman Porno reboot project, Kazuya Shiraishi’s Dawn of the Felines is the most sociologically probing (as was often the subtext of the classic pinku eiga in the 1970s). This ensemble tale of the relative fortunes of three prostitutes in Tokyo’s Ikebukuro district contained the requisite amount of nudity and sex, and was (nearly) of brief enough length. There were laughs to be found in the stand-up comedian performing at bondage clubs, the reclusive (yet dishy) internet troll entombed amongst pizza boxes in his penthouse apartment, and not least the highly inappropriate yakety-sax sex-scene music. Where Dawn of the Felines truly wows is in its tangible veneer of urban disconnection and emotional numbness. The stark digital camera glides around a city of glass that evokes DeLillo and Ballard. The blank alienation of the three women strangles the audience’s laughter instantaneously. 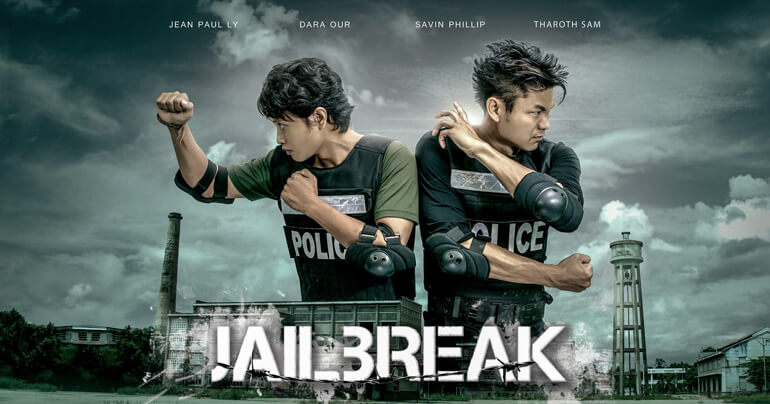 Jimmy Hendersons Cambodian Raid is a delirious, glee-filled Martial Arts excursion that never lets up in it’s inventive choreography, camerawork and surprisingly dead on comedy. Filmed on a micro budget in mostly one location (a jail, most obviously), the film makes glorious use of this to indulge us in fight after fight, the standard of which hardly drops from A class throughout. The Martial Arts chops of the cast are never in question, especially Jean Paul Ly and Tharoth Sam, who look destined for greatness. This movie is a step in a different direction for Cambodian cinema, and here’s hoping it creates a new wave of action films from the country. Having made waves across the film festival circuit, soon the film will be available to buy, and is one for action film aficionados to go nuts for. 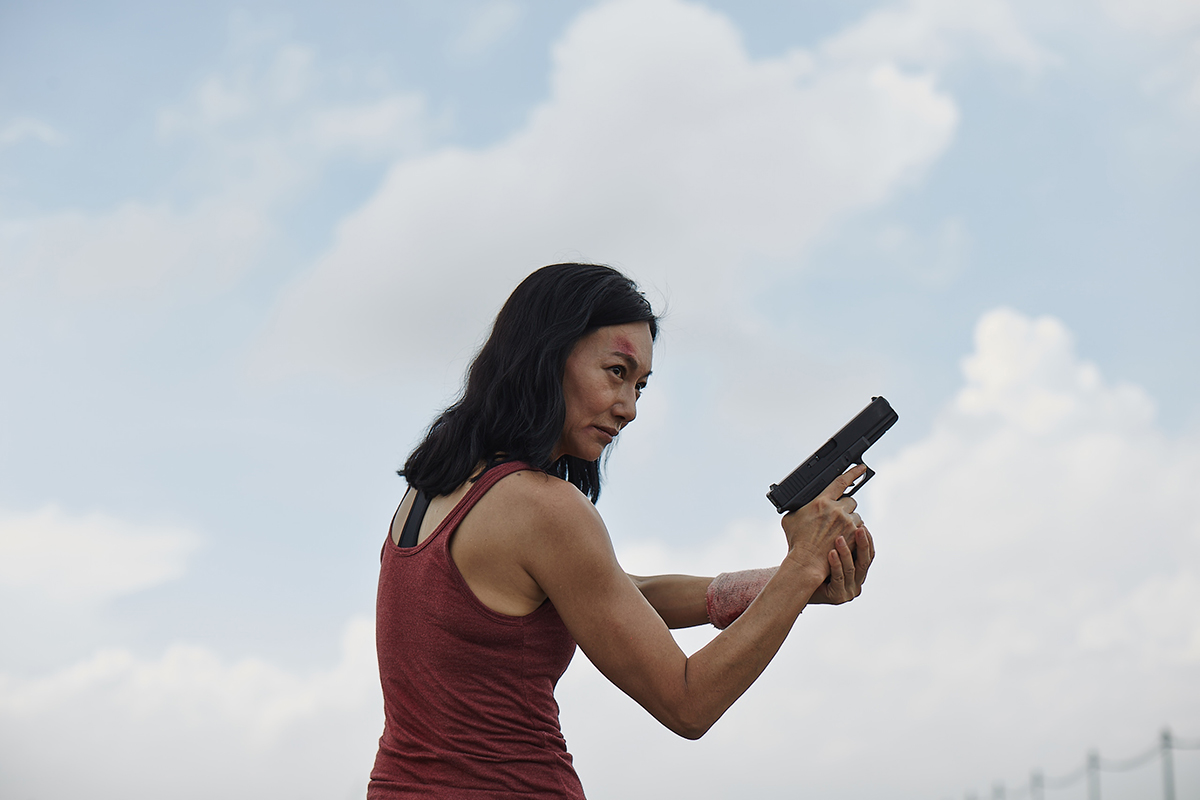 Kara Hui returns to action for one last time – or at least so she says – in Ho Yuhang’s thriller about a mother pulled back into her sordid past when her daughter is kidnapped by a former associate she left for dead, played by Simon Yam. Though not the wall-to-wall action of the Lau Kar-leung films that made her name in the late 70s and early 80s, like My Young Auntie and Legendary Weapons of China, when it does come it’s brutal and hard-hitting. According to Ho, Hui refused body doubles, often choreographing much of the fights herself as well performing them, despite her age. But it’s her talent as a dramatic actor, as she’s proved in recent years, that keep the film going in quieter moments.

Moving away from the arthouse dramas that made his name, the film is hardly shy about its references. Three directors cameo in the opening titles, only to quickly come to a sticky end. A borrowed spaghetti western theme and, more enjoyably, a 80s Carpenter-esque new electronic score by collaborative Fugu round off things nicely. If this really is Hui last action flick, what a way to bow out! 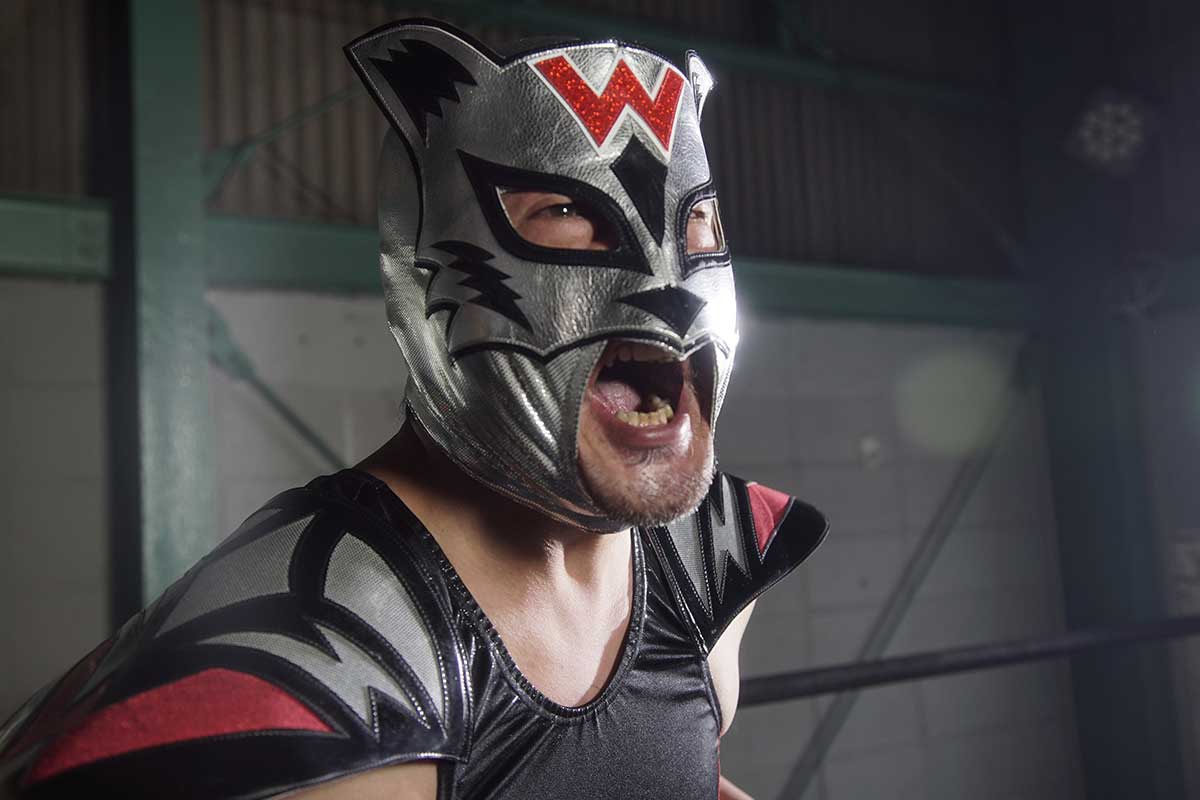 Dynamite Wolf is a film about identity; whether discovering your special skill, fighting against bullies, or resisting being ordinary and having your own interests (whether society accepts them or not). It’s the exploration of self that makes the film truly interesting, with Dynamite Wolf training Hiroto and his friends after school in the art of wrestling, and the young boys then apply this to their lifestyle and changing the dynamic with friends and family around them.

There are some incredible elements that stand out in Dynamite Wolf. The first I’ve mentioned, with a great scene that features hundreds of extras, some big budget sets, all done for the film with the help of locals Dotonbori Pro Wrestling. It’s this element of scale in scenes that elevates Dynamite Wolf from low budget to something worthy of our Top Films of 2017. 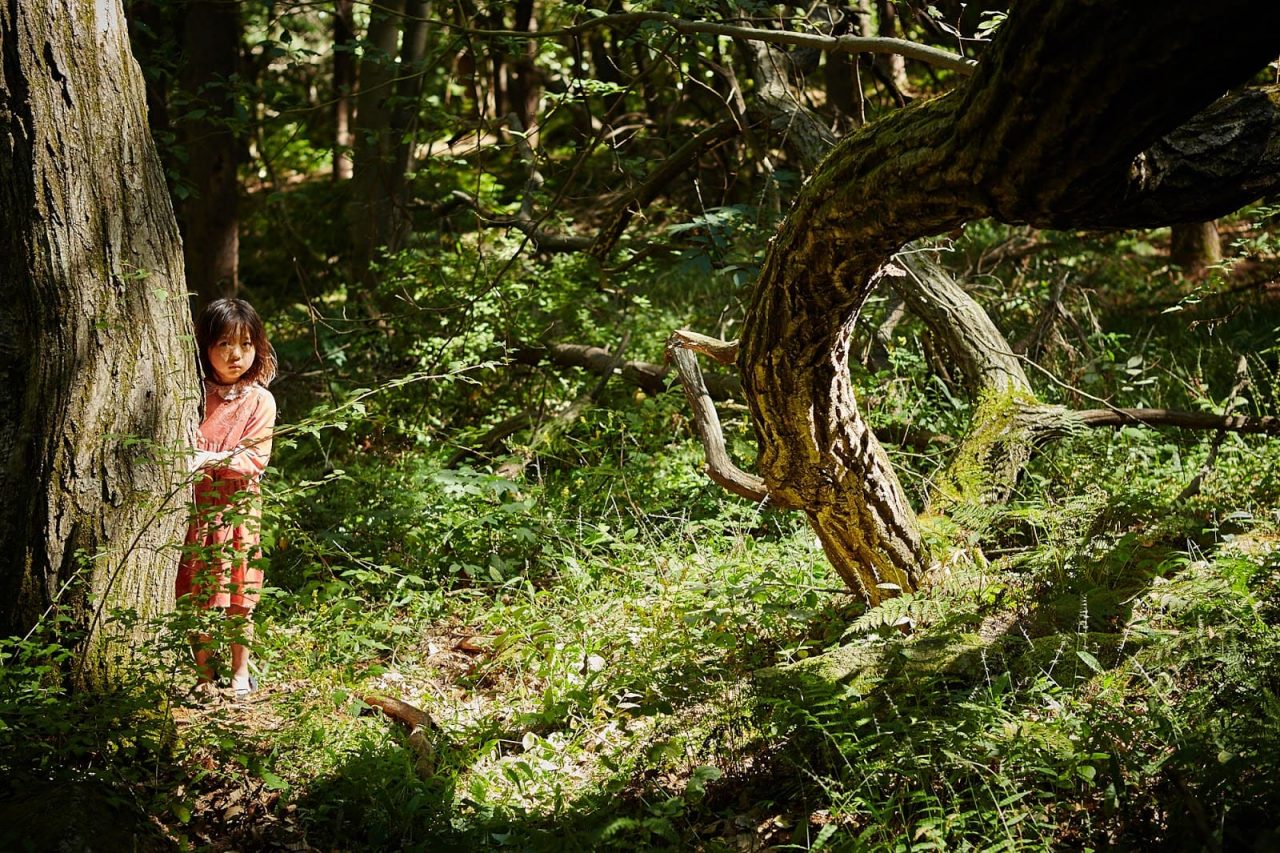 Huh Jung’s second feature, sticks with the horror genre that served him well in his 2013 indie hit ‘Hide and Seek’. Using a Busan urban legend of a tiger spirit lurking on Mount Jang mimicking human voices, the writer/director constructed an engaging story of a woman, whose son is missing, returns to the area and takes in a lost child.

Overall it’s an intriguing horror that explores the themes of loss, longing and family relationships. Some original devices as seen in the tense shamen scene and the use of mirrors in the cave are overpowered by some of the more traditional aspects such as a spooky child, the monstrous entity, marital tension and the local woman full of dire warnings.

Much like the hands behind the mirrors, there is a good story begging to escape and future work from this director will be always worth watching.

Written by The Mimic 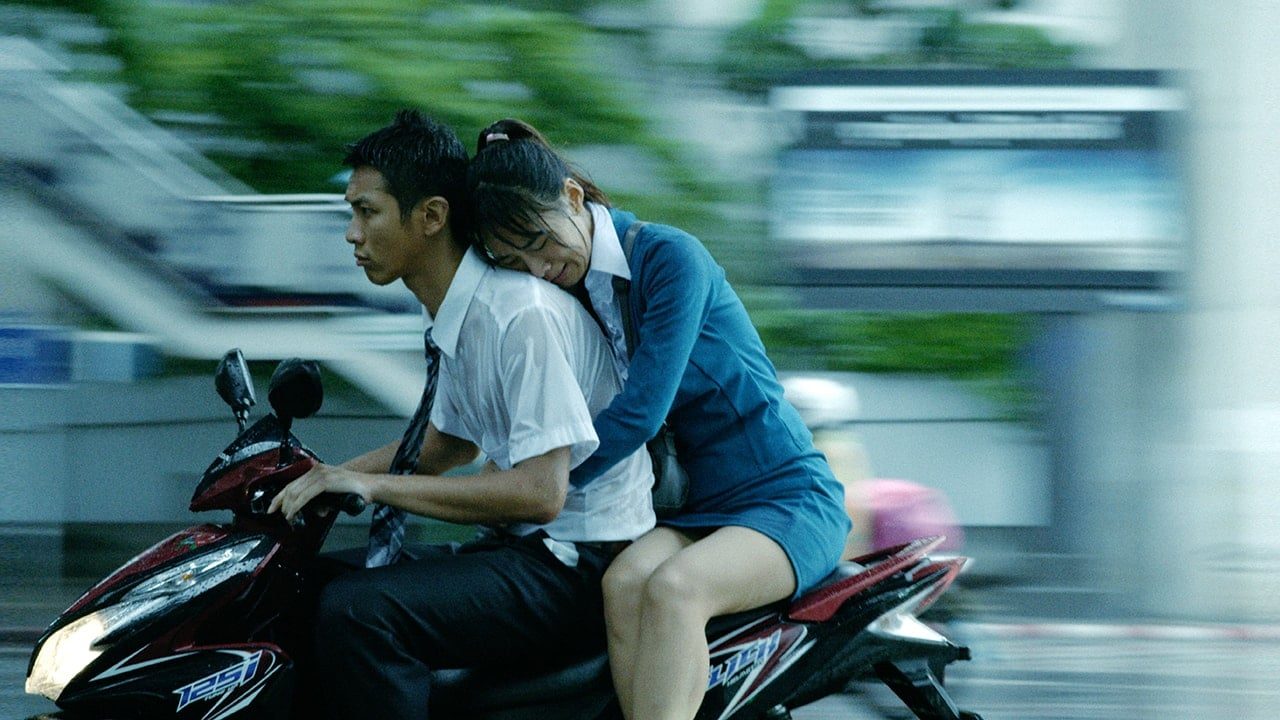 Road to Mandalay is Midi Z’s fourth feature film but he already is one of the most important filmmakers working in Taiwan nowadays. Midi Z’s movies focus on his home country, Myanmar, and contemporary Chinese descendants living there. Midi Z style as a film auteur became recognized, gained critical acclaim and continues to represent Taiwan cinema internationally.

Road to Mandalay is an amazing film for few reasons. First, it demands viewers’ patience and attention, if we watch and observe, the film’s slow pace and static shots create the fantastic feeling of peeking into the uncanny. The most beautiful is the scene, where milion threads from the factory machine separate two lovers talking. The threads create a natural glitch on the screen and is quite symbolic for the whole story. 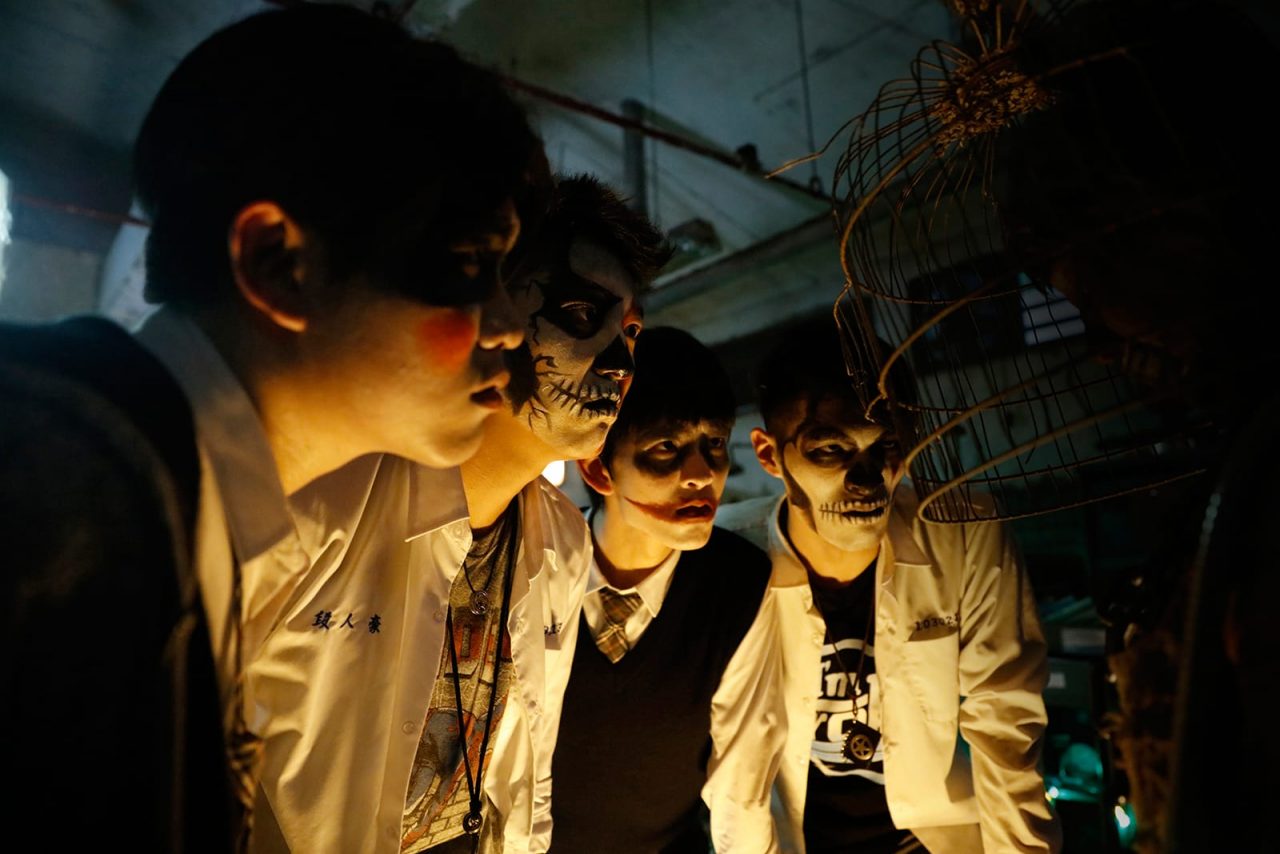 Popular Taiwanese novelist and filmmaker Giddens Ko scored a bull’s-eye with his debut You Are The Apple Of My Eye, a nostalgic high school romantic comedy that broke box-office records all over Asia. But he makes a radical departure from the genre with his second directorial feature Mon Mon Mon Monsters, a wickedly entertaining and sadistic black comedy which explores the ugly depths of evil embodied within today’s generation of youths. Starring a young cast of fresh new faces, a group of teenagers capture a man-eating female monster and begin torturing her in the dilapidated basement of their school. Meanwhile, they must fend off the monster’s older sister, who goes on a killing rampage of their fellow school peers while looking for her sibling. Horror fans will be delighted with a number of impressive operatic sequences (hint: watermelon juice has never been used as a prop so innovatively before) on showcase, featuring gore and violence galore.

The easternKicks Top Films of 2017 was voted on by 14 writers from the team. The Top 20 films were selected from over 600 votes, chosen out of 300+ reviews on the site this year.