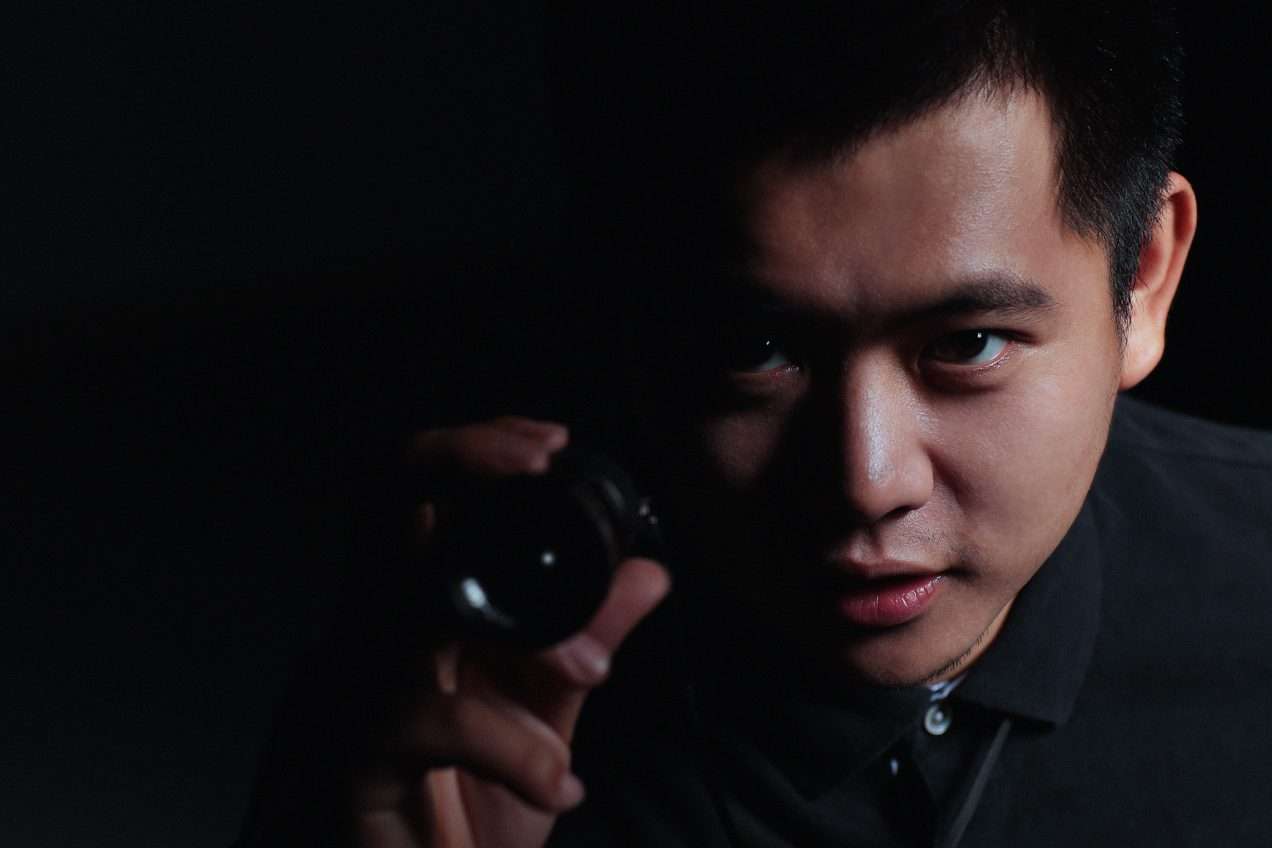 Wei Shujun is Cannes Film Festival protege since his short film, On the Borde 延边少年, was awarded Special Jury Distinction in the 2018 edition. His following debut and sophomore film, Striding into the Wind 野马分鬃 and Ripples of Life 永安镇故事集, were completed in close succession and also premiered at Cannes. In his movies, Wei explores the realities of the Chinese film industry, the world he knows well ever since he started working as a teen actor. His image as a Beijing-born rapper turned filmmaker is as recognizable as the auteur mark he leaves on his films. In Striding into the Wind he takes a close up on film education in China telling a story of two misfits who study sound recording but are sceptical about the institution of film school as a whole. They prefer to go right into the field and start working on sets. It is just this DIY spirit and boldness that characterizes the film and the filmmaker behind it. Our contributors, Maja Korbecka and Amarsanaa Battulga, had the chance to interview Wei Shujun via email on the occasion of Striding into the Wind US premiere on DVD and VOD on the 8th March distributed by Cheng Cheng Films.

I got to work in films as an actor when I was a teenager, and that experience formed my initial impression of film sets. I found everything fascinating. But I didn’t watch a lot of films back then. I became more interested in films about ten years ago, when I was in college. The Communication University of China I attended provided an excellent environment for me to watch films. Digital equipment and editing software became popular, offering convenience to young people who wanted to give filmmaking a try.

You studied sound recording at the Communication University of China, similarly the protagonist is also a sound recording student. To what extent the character and experiences of Kun are based on your personal?

About 40% of the film was based on my real-life experience. The protagonist’s background all came from me. I studied sound recording and indeed bought a Jeep.

Could you talk a bit more about the relationship between Zuo Kun and Tong Tong? They have this Laurel & Hardy dynamic working for them. Is the character of Tong Tong based on a real person?
Tongtong is also based on a real person. He was a great friend of mine during college. We hung out together day in and day out. I am slightly older than him. When the film was released in China, he texted me and told me he saw lots of memories from old times in the film and thought the scenes were realistic. We hadn’t been in touch for a while and his feedback means a lot to me. Interestingly, he now teaches sound recording in college.

I found the soundscape of the film very interesting, the music as well as the sounds. Please, could you talk a bit more about the use of sound in your film?
Although I majored in sound recording during undergraduate years, my expectation in sound is not much different from that for the other aspects. They all have to be realistic. How to create sounds that make sense in a scene and also help the characters express themselves? That’s basically it. I’m not into the idea of adding sound effects here and there. I think that’ll sound fancy but soul-less.

The film being shot in Striding Into the Wind is set in Inner Mongolia. I’m wondering why you chose this location? What do you think of the iconic films set in Mongolia such as A Mongolian Tale 黑骏马 (1995, dir. Xie Fei) and Inner Mongolia such as Tuya’s Marriage 图雅的婚事 (2006, dir. Wang Quan’an)?
I chose to shoot it in Inner Mongolia because in my real experience, I indeed bought a jeep and thought I was supposed to drive it to the grasslands, especially since Inner Mongolia is not too far from Beijing. That’s it. I am not crazy for Inner Mongolia specifically. It’s more of a destination of escape for the protagonist from his living condition.

Striding Into the Wind had its Chinese premiere at the 2020 Pingyao International Film Festival. What was your experience at the festival?
I’m quite familiar with Pingyao International Film Festival. I went there three times, in 2018, 2020, and 2021. All my films had their Chinese premieres at Pingyao. It’s not a big festival, so the connections between filmmakers, producers, media and jury members are close. You could run into any of them in the cafe of the main building and discuss a film. It’s a small but close-knit community. Many audiences who truly love films travel here from far away just to watch films.

Striding Into the Wind was released in China in November 2021. How was the Chinese audience feedback? Do you recall any special comments or moments during the Q&As?
I think the word-of-mouth was mixed. Some like it because they felt it was natural and genuine, whereas some thought it’s long and boring. What left the deepest impression on me was a letter from a 70-year-old audience member. She said she really thanked the film, because she thought her son had a phase like the protagonist when he was young. At least nobody would hurt his son with the term “useless youth” anymore. He’s probably already forty years old. 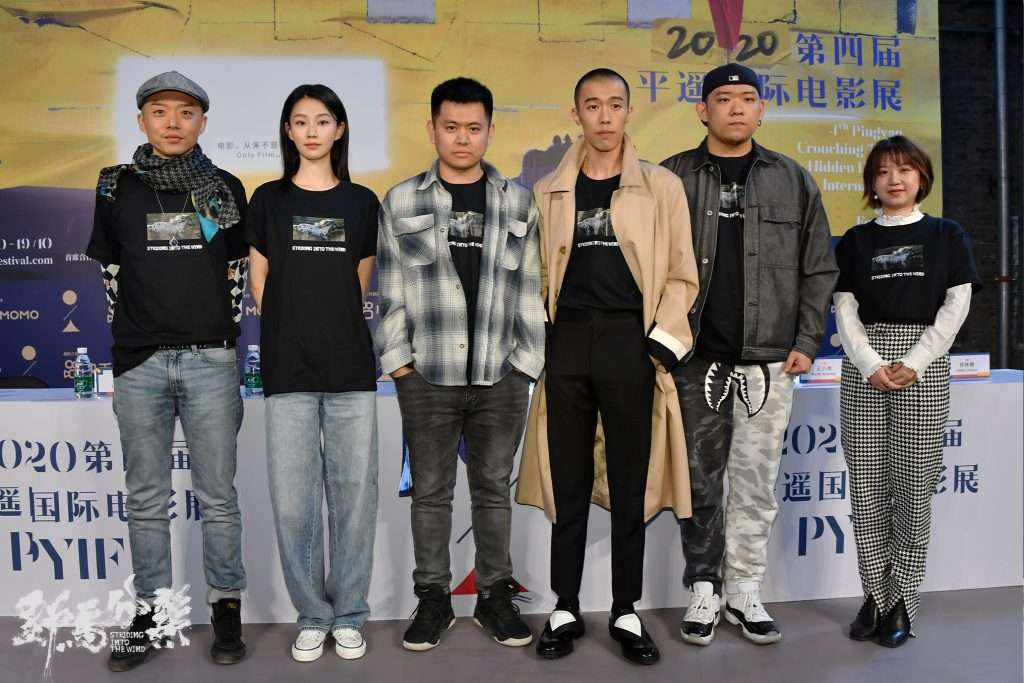 You completed Striding into the Wind and Ripples of Life in close succession. Are you working on your next project? What is your plan for the near future?
My latest film is 白鹤亮翅 Mr Crane Is Back. It’s about how a person who made mistakes in the past reconstruct a new life. We are still keeping it a secret. Hopefully next year it’ll meet the audience.

I find it very interesting that you entitle your films after taiji movements/positions, e.g., Striding Into the Wind 野马分鬃, Mr. Crane Is Back 白鹤亮翅? Could you please tell us more about this? Are the two films related? Are there going to be more? Perhaps 手挥琵琶?
Mr. Crane Is Back is still in production. We might have to wait till we see the final film to know why it’s called such. I feel the title is a metaphor of certain conditions humans find themselves in. The two films are not necessarily related. Their only commonality is that they are both my films.

Striding Into the Wind is available now on DVD and VOD in North America, via Cheng Cheng Films.