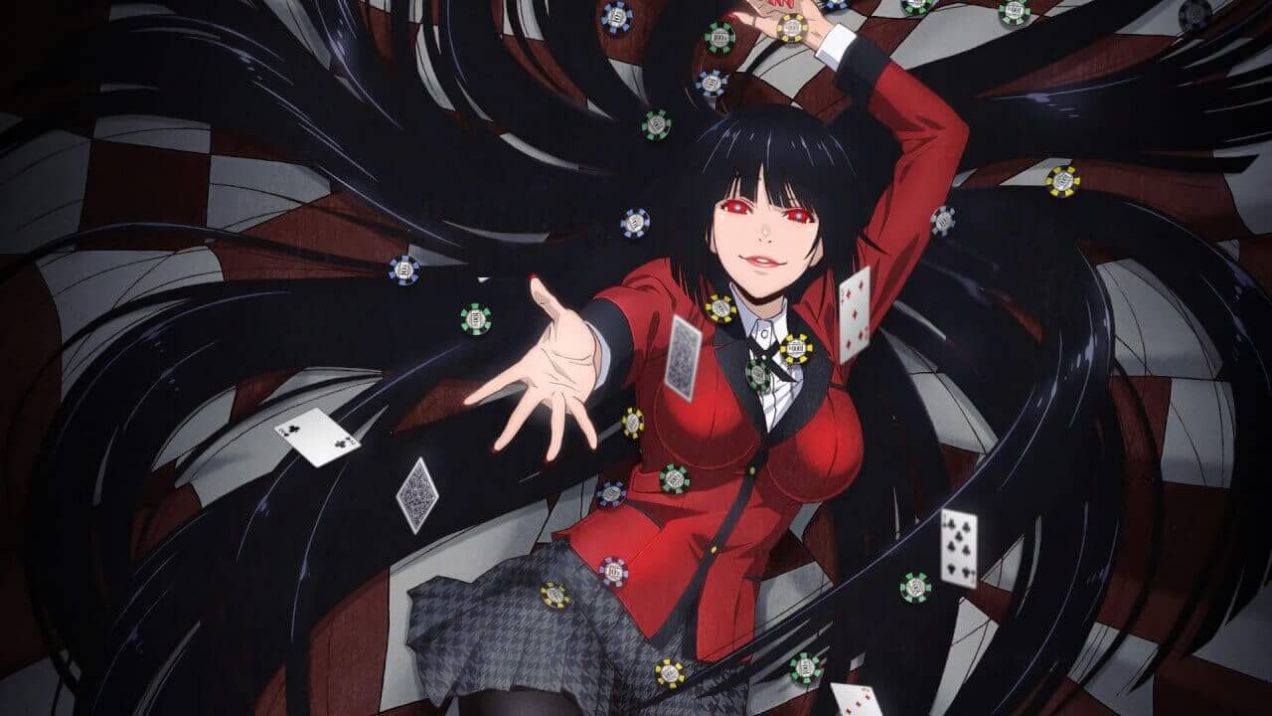 We talk to the Kakegurui showrunner at MCM Comic Con…

The students of the elite Hyakkaou Private Academy lead an unconventional life behind closed doors in Kakegurui, determining the school’s hierarchy through gambling. Ranked by their monetary contributions, classmates go head-to-head by playing a variety of betting games to gain financial or social gain over others, and those unfortunate enough to fall into debt are forced into a life of servitude. But, when second-year transfer student Yumeko Jabami enters the fray, life at the school is thrown into chaos, as her compulsive gambling and innate ability for the game sees things start to change at the school.

Kakegurui is a dark and intense story created by Homura Kawamoto and Toru Naomura, which has been adapted to the screen by Yuichiro Hayashi and his colleagues at MAPPA. Screening on Netflix, the show has garnered a huge following, and the director attended MCM London Comic Con to give fans their first look at the show’s second season. easternKicks were on hand to talk to Hayashi-san about Kakegurui, and what fans can expect from the next outing…

How did you get involved with this project?

Originally, I was working as the director for the Garo series and it was decided that my next work would be at MAPPA as well. So, it was at the point that Garo was finishing up that I was approached to read the comics, and that was the impetus for me getting on board with this project.

What was it like adapting the manga into an anime, was it challenging?

Garo is a live-action series that’s been going on for quite some time, so there was an original source material behind it, however, we had a lot of freedom in the story we told, and the way that we could approach it. So, in that sense, even though we did have the source material it was really an original project, whereas Kakegurui has the manga at its base and that was really the first time I’d ever worked on adapting a manga into an animation. So, when we started this project, I spent a lot of time thinking: what would be the best way to adapt the manga, and to bring it from this two-dimensional plane into a three-dimensional space? I quickly realised that, and I think this is true of any adaptation, it wouldn’t be remotely interesting if you solely added movement to the manga itself, it really had to be its own entity, and be able to stand on its own in terms of three-dimensional animation. 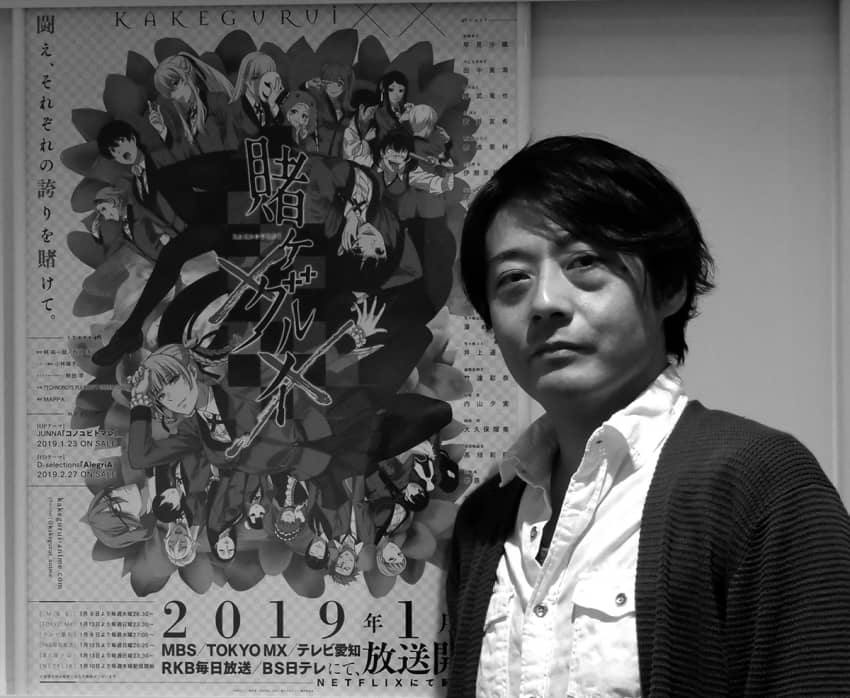 Having said that, you, of course, want to utilise all the aspects of the original manga that appealed to the fanbase, and even yourself as you were reading it, and find a way to interpret those in the medium of animation. So, I would think to myself if this is live-action how would I film it? I wasn’t too tied down to the medium of animation itself, I would just think of it as a live-action and find a way to express that in a 2D format. I’d think of how we could create a frame and a scene that has emotional gravitas and energy, and three-dimensionality, and that was our goal from the get-go. So, we sat down from the start to come up with a plan and my role as director was to get to that point, to bring out the three-dimensionality of the work and bring something that was perhaps new to the original manga.

Was the original author involved in the series at all?

We really worked together with the mangaka Kawamoto-sensei from the beginning; we worked with the editors over at Square Enix and Kawamoto-sensei, he was there from the inception point of the project. They were at every script meeting, and they were also there for the voice-overs as well, it was a great experience. Kawamoto-sensei was very excited to be so deeply involved on this project. At the voice recording sessions there are students who are talking in the background, you don’t know what they are saying but they’re there, and he was in the recording booth with the voice actors to act as one of the students. Kawamoto-sensei really enjoyed the process overall, and just had a lot of fun with the project.

Saori Hayami is excellent as the voice of Yumeko, she’s able to go from cute to menacing in seconds, how did you come to choose her and why did you think she was perfect for the character?

Especially in Japanese animation, it’s not solely the decision of the director, we work with the sound director and we talk together about who we think would be good, what kind of voice we would like to see for the character. For Yumeko we auditioned 20-30 people, and, listening to Saori Hayami, she has an incredible sense for performance. She gives a very strong performance and it doesn’t really waver. So, both I and the sound director felt that she was the perfect person for the role. 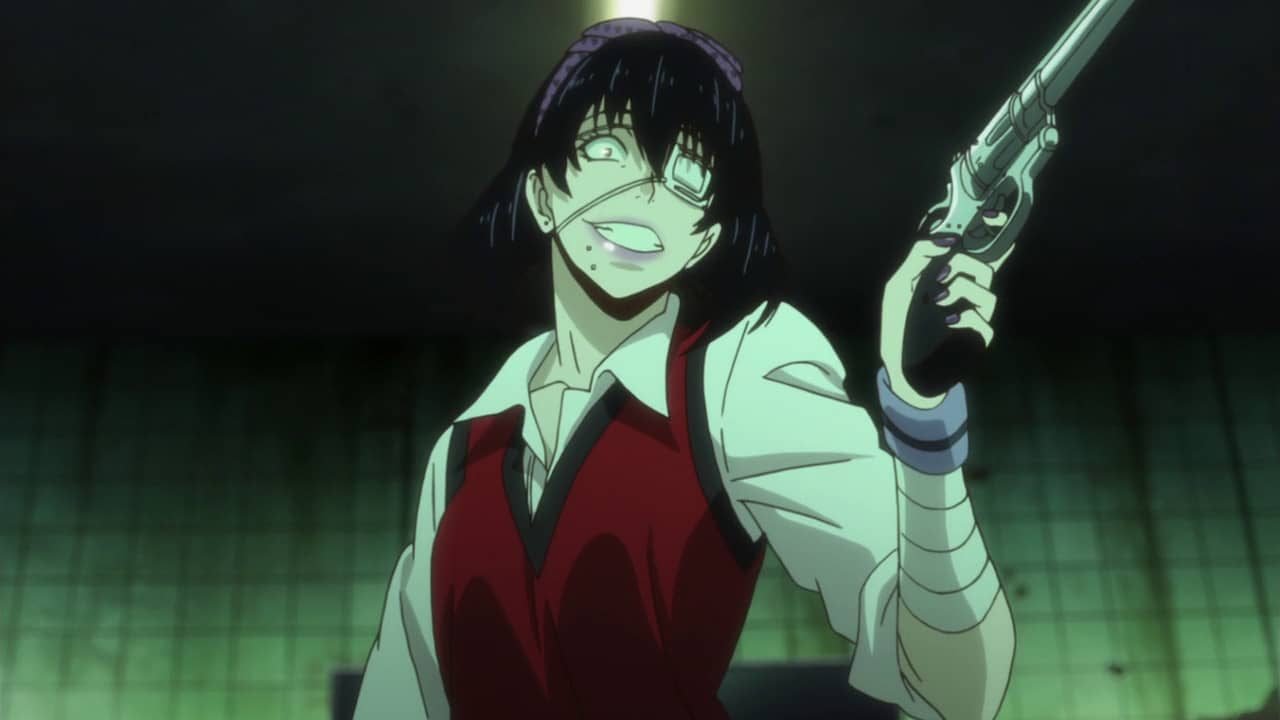 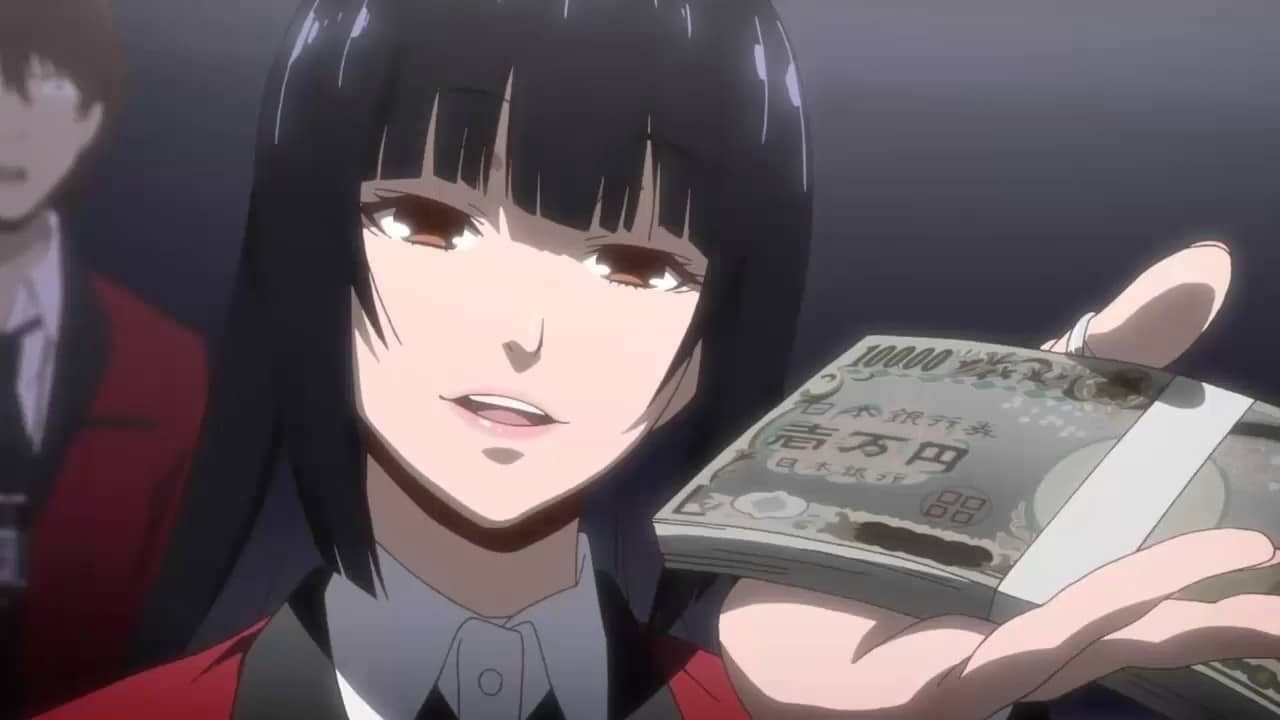 You mentioned that you approached the anime as if it were a live-action series when you were adapting the manga, and there is now a live-action show based on the manga too. What are your thoughts on it?

I don’t know if you’ve seen the live-action series as well, but they employed a lot of similar expressions to the one we used in the anime. So, just seeing that I thought we were on the right track with what we were trying to accomplish in the 2D animated series. Something that was interesting, that I wish we had the luxury of doing in the animation, was that they used a vintage old building as the school, and through doing that they could get this three-dimensional reality of this school, and the life that the students led there. Seeing the live-action I think that perhaps we could have referenced that building when we were creating the animation. There’s an interesting interplay between the mediums, the manga and the live-action.

Season two is about to be released on Netflix, what can fans expect?

As I’m sure you know, the cast of characters increases quite a lot; there are a lot of new characters in the series, along with your favourites. There are also a lot more variations within those characters, and we get to explore the characters from season one in more depth. The games have gotten a lot more complicated as well, with higher emotional stakes, and the characters go on much more of an emotional rollercoaster than perhaps they did in the first season, with a lot of ups and downs throughout one game. That was interesting, exciting, and intriguing for me even as I was directing, and as I was drawing each scene. We have also changed some things from the first season, and if you’ve seen the key visual for the second season then perhaps you might have noticed. The first season is quite dark, gritty, and it goes down a more realistic pathway, but the second season is a bit more colourful, it’s more vibrant and so this is one of the big differences and one of the big areas that we’ve changed, and something that I hope the fans will look forward to very much.