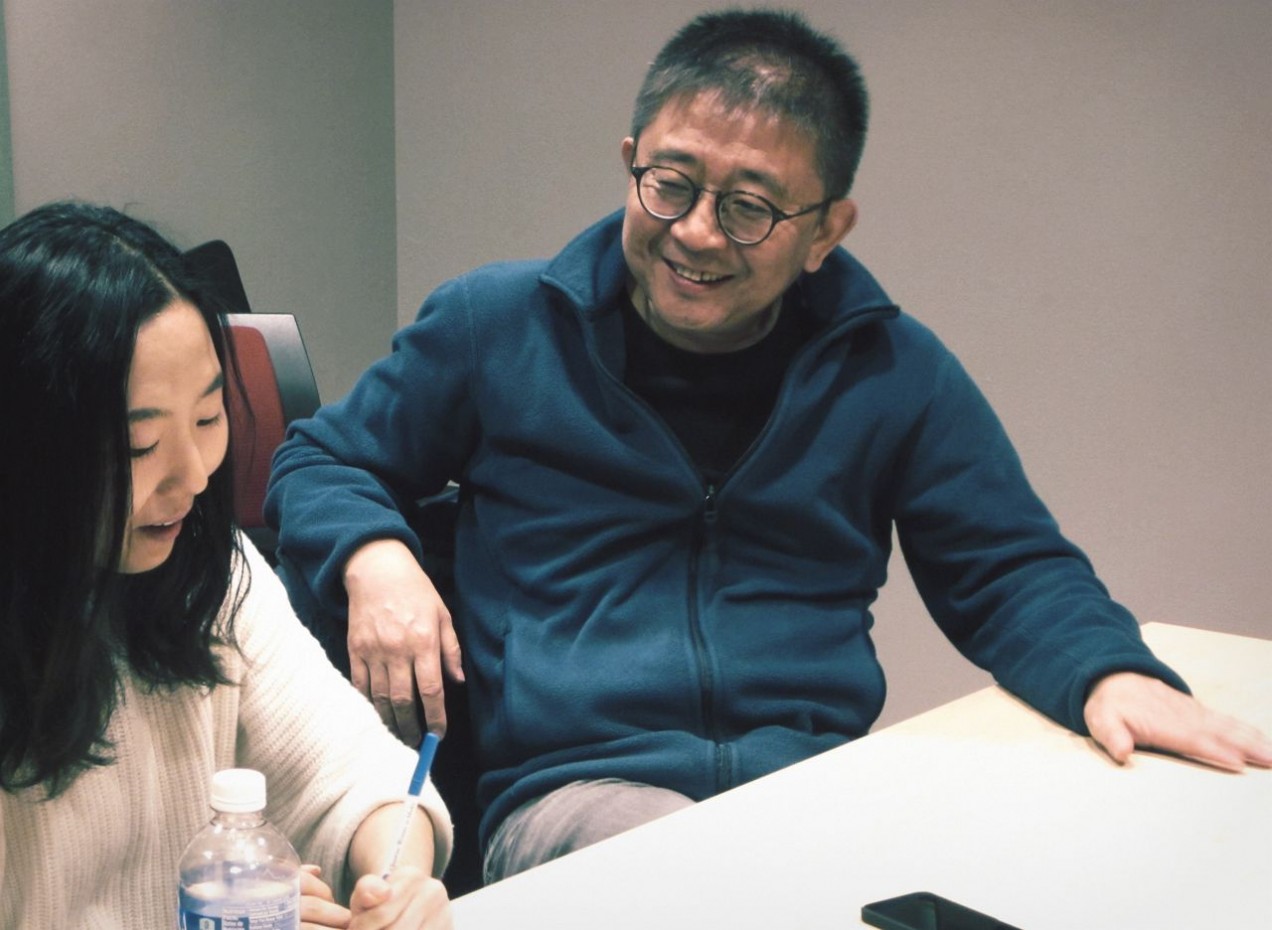 We talk to the director of Gyeongju about the painting that inspired the film, and why there are so many storks in his film…

On Thursday November 20th, Acclaimed art-house director Zhang Lu was screening his newest film Gyeongju at the gorgeous BAMcinematek. I found him prior to the interview, mingling in a waiting room open to the public. The bubbly, nonchalant man I saw would not have been the director I envisioned. Known for his stark portraits of social struggle, and uncommon visual approach, I imagined a stern inaccessible personality. The man I was soon to meet was nothing of the sort.

Zhang Lu only has time for making films in between his rigid schedule as a literature professor. He writes between lectures and shoots when he has time off. In his new film the contrast between the academic and the artist is one of the main dichotomies that are explored, along with desire and humility, humour and tragedy, and of course outsider and insider; the latter being a struggle inseparable from the multinational director’s identity. Growing up in Northern China he had seen first hand the struggles of North Korean defectors, as well as resituating to South Korea as a foreigner himself. His films often explore the identity of the stranger, and the experience of displacement, but never in the manner that he has with his newest film.

Gyeongju, is a slice of life, representing both his lightest story yet, and his usual degree of understated complexity, a complexity that can be heard in Zhang Lu’s wonder when speaking of the film. He seems to still be exploring the film himself, and questioning relentlessly the aspects of his process. His vivid curiosity, and engaging thought process made the interviewing experience a delight, and allowed me to understand what was a fantastic film all the better. Zhang Lu had a lot to say, but little time to say it. Much like his movies, what the interview brings us is a small semblance of a larger narrative. I only hope the reader will find himself curious to know more about the universe of Zhang Lu.

I just saw Gyeongju and I really enjoyed it. The first thing I noticed is the way Park Hae-Il moved. I felt he evoked his character through his mannerisms and body language more than anything. Is that something that was worked on?
So there was very purposeful direction towards it, but Park Hae-Il was really good at taking the direction and internalizing it. Do you remember the Karaoke scene where Park Hae-Il dances alone? I gave him the direction to improvise a dance, but improvise that he is dancing with his arm around a woman’s waist. The scene turned out better than I ever imagined. There was direction, but I give more credit to how Park Hae-Il made it his own.

And how much of the character was based on you?
It is in part based on me, but through [Hae-Il] it became something else. He began by observing me, observing my mannerisms, the way I move. He became… this is almost philosophical, but he became more myself than myself. 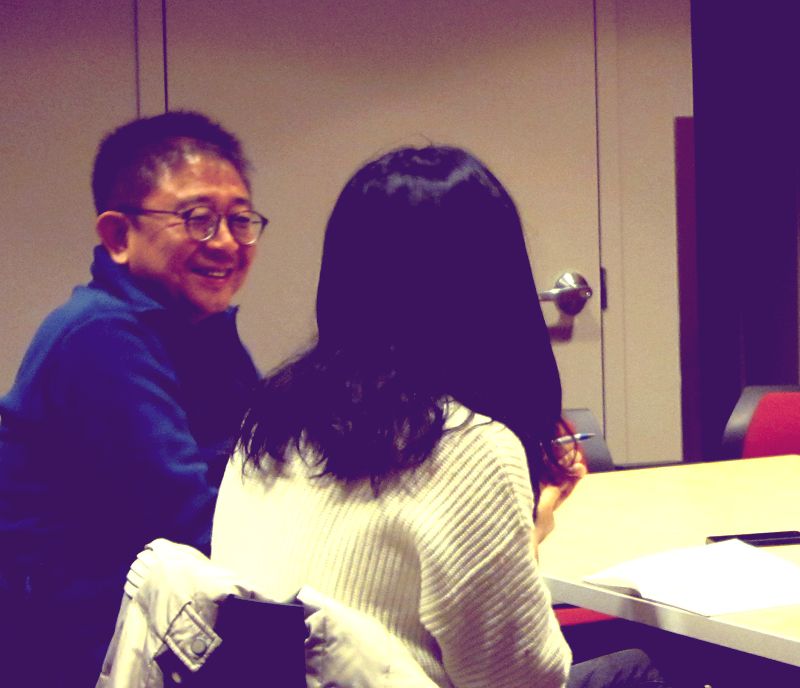 “It is in part based on me, but through [Hae-Il] it became something else. He began by observing me, observing my mannerisms, the way I move. He became… this is almost philosophical, but he became more myself than myself.”

This is something I read in an interview from some time ago. When asked about your next project, you said, “[Gyeongju] is a comic melodrama. I have never directed a comic melodrama, but I feel that I can do it well. This is because I heard many people say that my films are boring.” Do you think you have succeeded in this? Do you think you can set this film apart from your previous work, and how much has the idea changed since the interview?
That was a really old interview. I don’t really think I have to differentiate myself from these movies because they are basically showing different sides of myself. When people saw my previous movies and then met me, they were always surprised. They expected this heavy, serious, intellectually sharp person, but when they actually get to know me I have a pretty silly and funny side to myself. So people who really know me, when I say I want to do something comedic, melodramatic, they naturally think, “Oh yeah, he can do that!” Coming back to the point I think everyone has different sides, if you have a heavier side you have a lighter side. I think my previous films explore that serious side of myself, and Gyeongju is exploring a lighter side of myself. Right now I’m just beginning to explore that side.

When I was screening the film in Europe, Korea, and Japan it actually got a lot of laughs. I finished the movie kind of thinking, “Oh OK, I have succeeded in making a comedy”, but when I got up from my seat I suddenly felt really sad for Park Hae-il’s character. I realized sadness and comedy are not too separate. 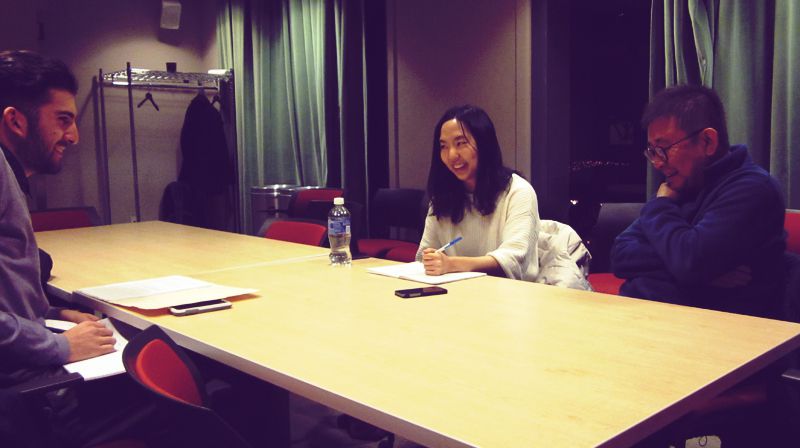 “When I was screening the film in Europe, Korea, and Japan it actually got a lot of laughs. I finished the movie kind of thinking, “Oh OK, I have succeeded in making a comedy”, but when I got up from my seat I suddenly felt really sad for Park Hae-il’s character. I realized sadness and comedy are not too separate.”

Also why is there such a prominent stork in the painting, its as big as the couple having sex?
Well one reason is that Gyeongju has a lot of storks. There is even a scene when [Choi Hyun] is riding his bike and a stork flies by, which is another reference to Gyeongju and its storks. Anyway, so the erotic painting is basically two people having sex, and a another person watching them is one thing, but when its a stork watching people have sex there is a certain animal vs. human distance that I thought was very interesting. Also there was a certain contrast to it that interested me, a stork represents something very clean and pure in Asian culture, and when you put it next to two people having intercourse you have that contrast. [Pauses.] Way way back there were a lot of, what do you call it? Those dividers? Like wall dividers. They would always have a lot of pictures on them, often with pictures of storks. So the imagery of storks was always prominent in Korea. Also cause its a divider between rooms people would have intercourse behind it, and when you would look over you would just see the storks [laughs]. 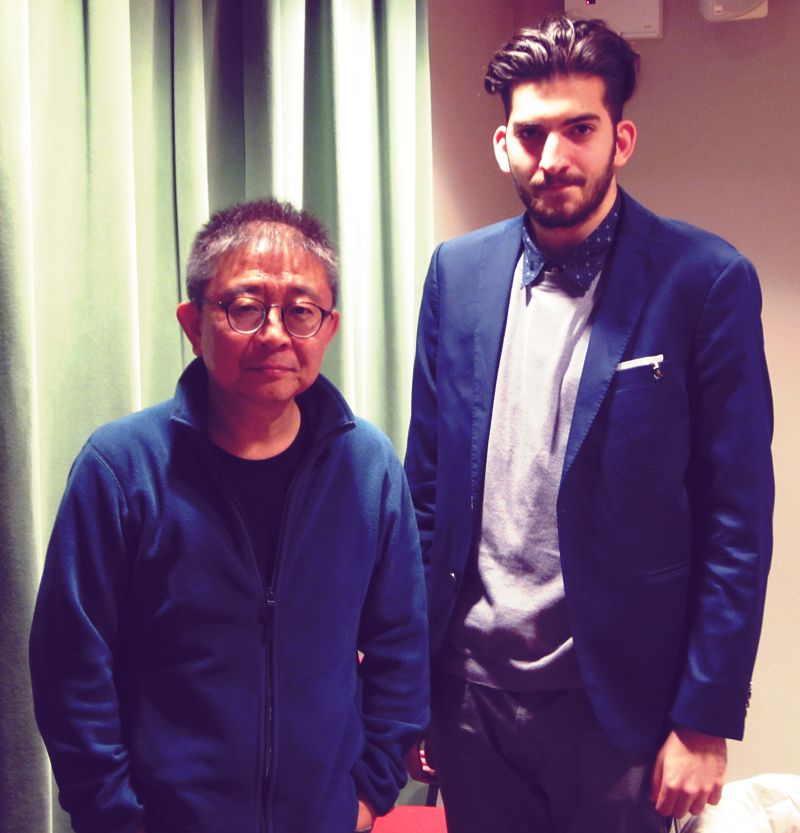 Thanks to the Subway Cinema team and Lisa Thomas at BAMcinématek.