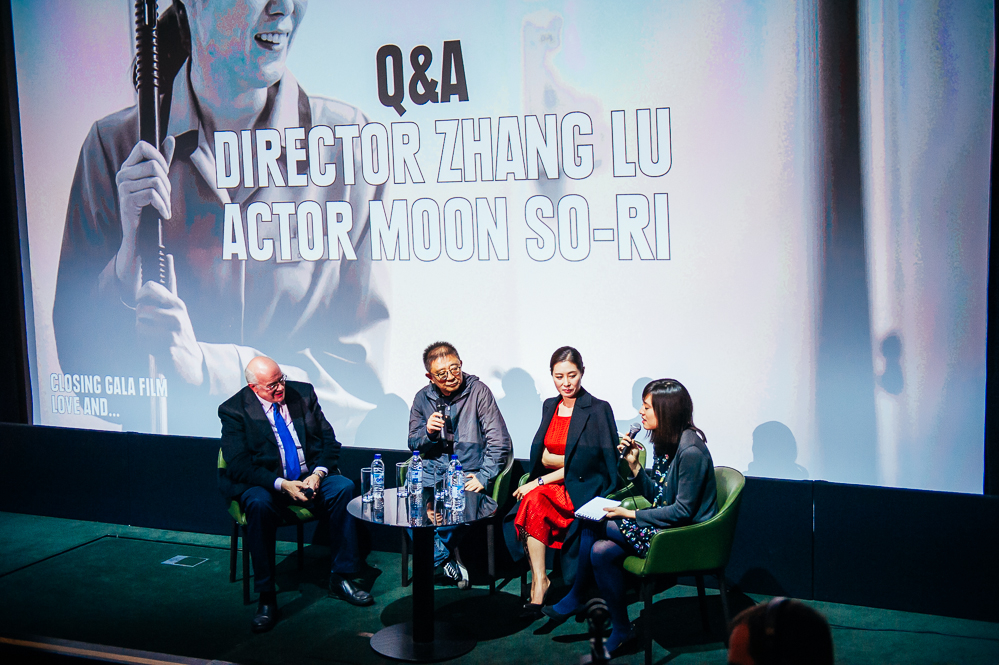 Korean-Chinese director Zhang Lu made his debut feature film, Tang Poetry, at the age of 41, and he is known for his intricate films that examine Korean history, and issues that different ethnic groups face in China and beyond. His latest film Love and… looks at the relationship between love and film, and was the closing night gala at the London Korean Film Festival. There, easternKicks was able to have a short chat with the director alongside Hangul Celluloid, View of the Arts, Ekran Magazine, and The London Tree, ahead of his film’s premiere at the festival. 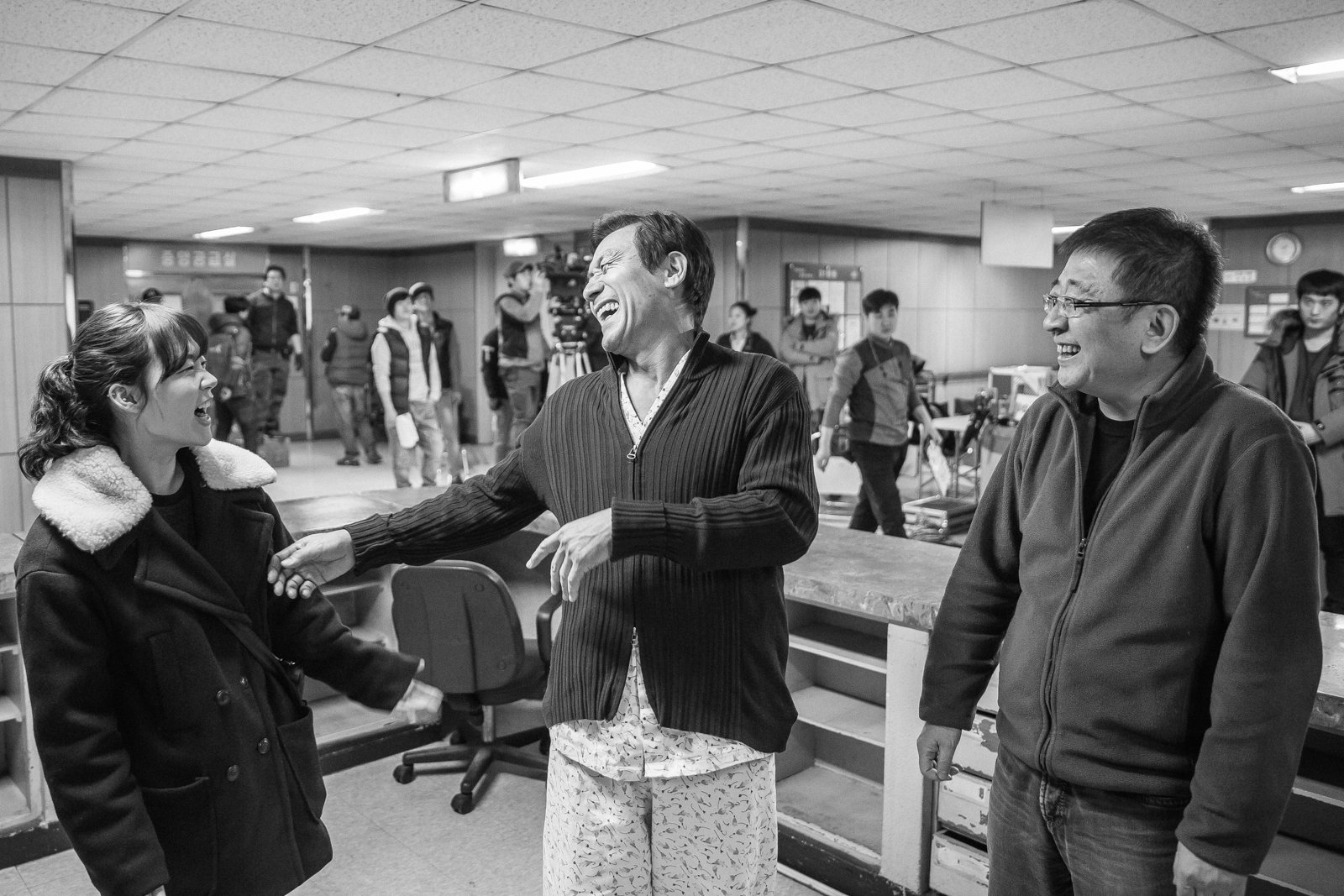 easternKicks: Your film is split into several chapters, and each one uses a different film style, why did you decide to use these particular styles for each chapter? And how do you think they each represent love?

When I first started making this film, I was offered by the Seoul Elderly People’s Film Festival and they asked me to make a film for the opening gala. So I made the first chapter that is shown in Love and… and that expanded to become the film in the end. Going back to this film festival, the opening film I made was about the quality and feelings of film and elderly people. Another reason why I was interested in using film was because nobody uses it these days, they all use digital. There’s not even a place in Korea where I can bring the negatives and get them developed, so I had to go overseas to Japan to get it printed.

When it came to the other chapters in the film, I couldn’t sleep thinking that I was using digital. I felt that after all that, I needed to make Love and… using film. So I went back to the first chapter, and shot the space that was in the first chapter using film. I also missed the actors in the period when film was used, so in this film that’s why I brought the actors back from the ‘old days’ and made the film using celluloid.

View of the Arts: Before we go back to Love and… some of your previous films tackled the sensitive issue of ethnic Chinese Koreans, and Koreans living in China, which can be seen in Grain in Ear, Desert Dream, and Dooman River. Is there any personal attachment to these projects?

My background is definitely reflected in my movies. My parents immigrated to China during the Japanese occupation back in the 1930s, and I was born there and brought up there. In the last three years, I moved to South Korea to teach people about movies and my life has changed quite a lot as a result. Love and… doesn’t have this theme, but this doesn’t mean that my style of making films has changed.

Hangul Celluloid: Love and… references to a number of classic Korean films, Memories of Murder, Blind River, Peppermint Candy, how did you go about choosing which films to reference? And why did you pick those films?

If you literally translate the title of Love and… from Korean, it literally means Film Period Love. The four main actors and actresses that are in this film have worked on films that use film before, for example Moon So-ri did this in Peppermint Candy, so that was the reason I used that film. Park Hae-il was in Memories of Murder which was also made using film, so that’s the reason why I chose those four movies. These actors and actresses were actually most active in the industry when film was being used. 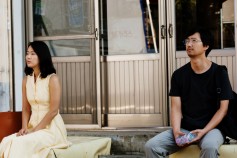 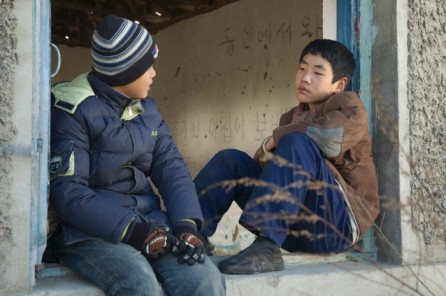 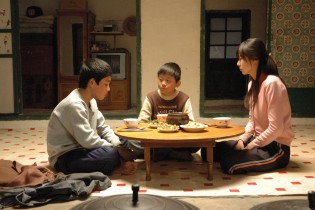 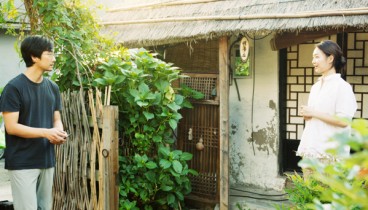 Ekran Magazine: You worked with Moon So-ri, Ahn Sung-ki, Park Hae-il, and even with Shin Min-a. Are there any filmmakers that particularly inspire you? And are there any actors that you would like to work with?

These actors were starring in my small-scale film to volunteer their talents – they didn’t get paid, and they just did it for the love of film. So any good actress or actor that is willing to work with me is always welcome. I became a director at the age of 40, which is quite late, and I didn’t study film in university or anything of the sort. I had only watched Hollywood films before I started becoming a director, and when I made my first movie, my producer recommended me to famous directors such as Andrei Tarkovsky. After I saw Tarkovsky’s films, I was sweating because they were so great – if I had watched his films before I started I would never have become involved in the industry. I thought ‘There are so many great directors, so how dare I be looked up to as a role model?’

The London Tree: I saw your film Gyeongju, and I really liked it. What kind of techniques did you use to make this film?

Thank you for liking this film. Filmmakers sometimes don’t even know what devices or techniques they can use for a film. I didn’t use a certain technique, it was the space that I used in the film which pretty much did the whole job. Most parts of the film were in fact my own experience. I did go to Gyeongju province in 1995, and I stumbled upon that café, drank the tea, and accidentally found the picture. I really did go to the funeral of my friend’s father. All of these experiences were quite surreal, and they weren’t really connected but it did happen in a couple of days. So there’s no such technique, it was the space. The later part in the film where Park Hae-il went to Shin Min-a’s film was the only thing that wasn’t based on my own experience. The film pretty much reflects the atmosphere of Gyeongju, and that does the job of the movie. So go to Gyengju, and you never know, you might meet someone as beautiful as Shin Min-a!

Love and… was screened as the closing night gala of the 10th London Korean Film Festival 2015.