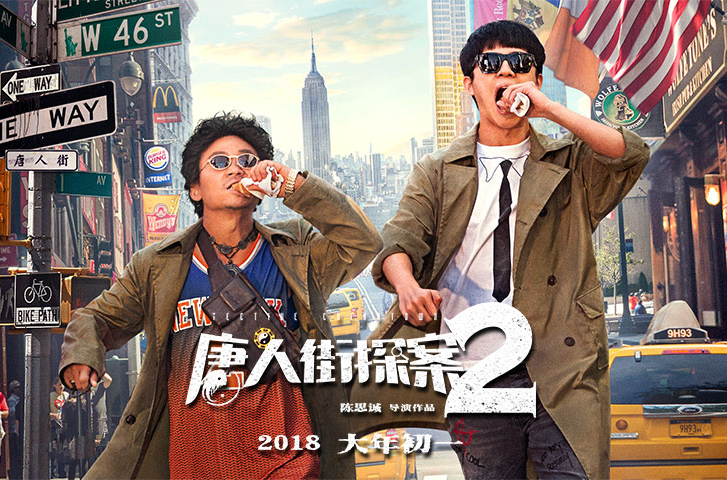 Detective Chinatown 2 (唐人街探案2) hits UK cinemas in 2018 to celebrate Chinese New Year. Getting released nationwide from Cine Asia in the 16th February, audiences can expect to see more of the phenomenal action and adventures that made the first film the ninth highest grossing film in China 2015.

“Stars Haoran Liu and Baoqing Wang returning and heading to New York for more adventures. Directed by Sicheng Chen, audiences see Qin (Haoran Liu) lured to New York, finding himself in a global detective contest with a huge cash prize. The task: locate the grandson of the godfather of Chinatown. Teaming up with Tang (Baoqing Wang), the ‘Detective Chinatown Duo’ are on the trail – until the missing person case becomes a murder…” 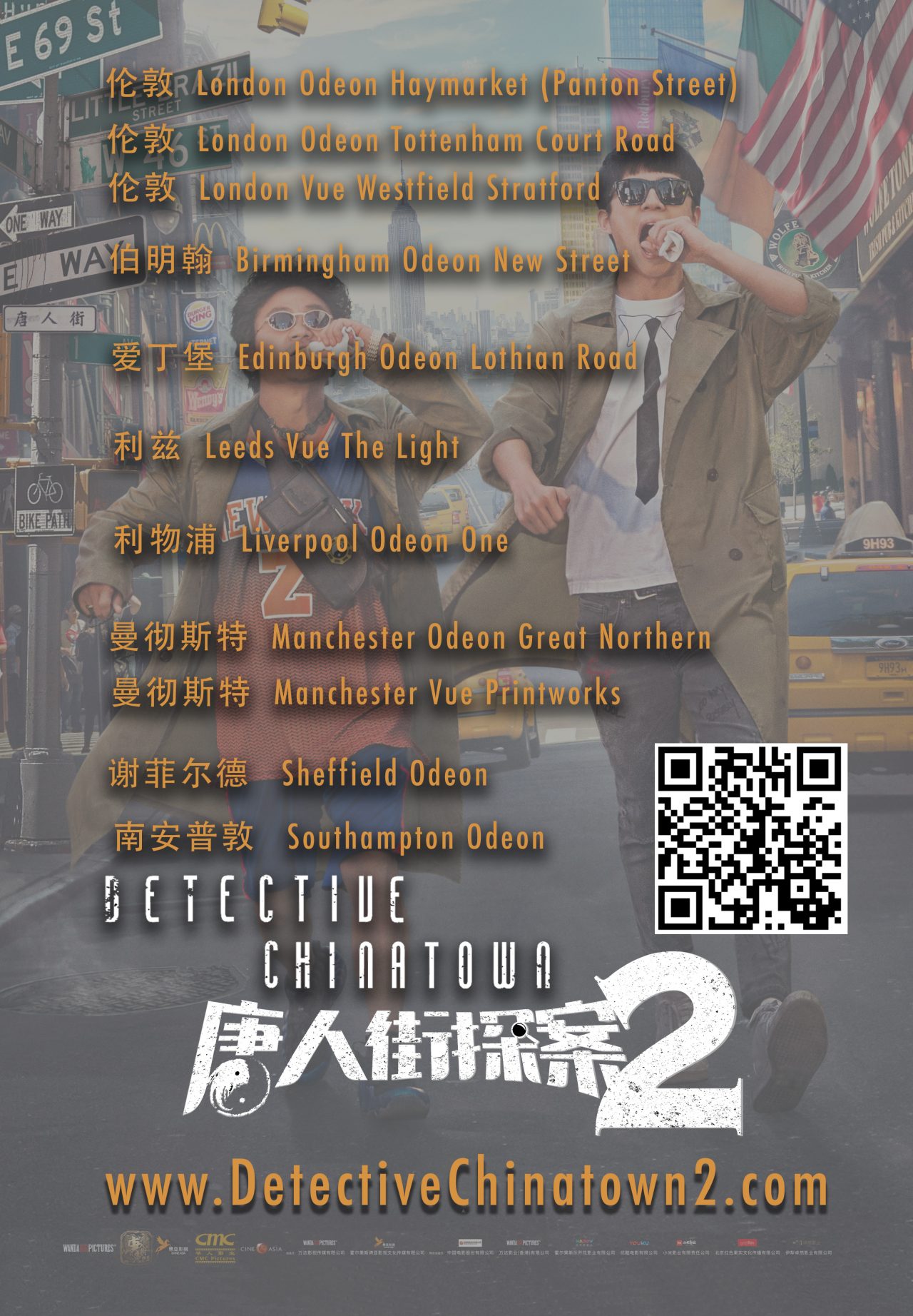