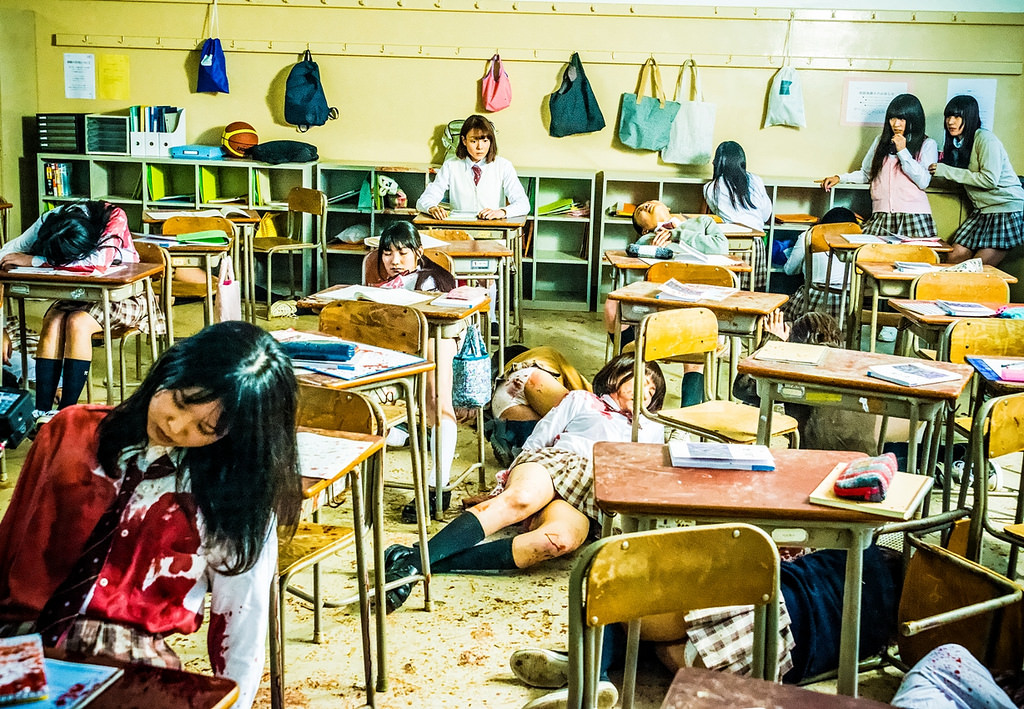 Film distributor Eureka Entertainment recently announced that four Asian films will be released in UK’s Blu-ray and DVD edition. Sion Sono’s horror with his arthouse aesthetics and pro-feminist action fantasy Tag will have its release on November 20 followed by screenings at the UK’s film festivals in the coming months. The film follows Mitsuko (Reina Triendl) as the sole survivor in the bizarre paranormal incident of killing all her classmates.

New World is planned to be released in early next year. The film will be screened as part of the London Korean Film Festival 2017. Directed by Park Hoon-jung, the film is about the undercover cops and policemen battle against each other in gaining control of the Korea’s biggest crime syndicate.

Eureka Entertainment has also acquired Derek Nguyen’s romantic horror The Housemaid and Yuji Shimomura’s Re:Born for distribution rights. Derek Nguyen’s first feature film is inspired by his grandmother’s stories about Vietnam. Set in 1953 Indochina, the young girl works as a housemaid in a haunted mansion. The UK release in Blu-ray and DVD edition has yet to be announced.

Tak Sakaguchi (Versus, Alive, Shinobi:Heart Under Blade) returns in Re:Born acting as the legendary soldier with a mysterious past that led him to do what he can to save the ones whom he cared about. The film was released at the Fighting Spirit Film Festival on September 16. It will have its home video release next year.