Back in its 19th annual edition, Reel Asian will be screening 72 films with several directors in attendance…

In celebration of its 19th annual edition which runs from 5-15 November 2015, Reel Asian will be screening 72 films across venues in Toronto, Richmond Hill and North York. Along with a special exhibition by acclaimed Canadian filmmaker and artist, Randall Okita, several directors will be in attendance at their screenings and several films will also have international premieres at the festival.

Some of these directors in attendance include Elisa Paloschi at the opening night gala screening of DRIVING WITH SELVI, Frankie Chen for the North American Premiere of OUR TIMES, Lau Ho Leung for the Canadian Premiere of TWO THUMBS UP and Benson Lee at the closing night gala of SEOUL SEARCHING. Feature films with international premieres are Jim Choi’s CHANGING SEASON: ON THE MASUMOTO FAMILY FARM, Anucharan Murugaiyan’s KIRUMI, Ravi Kapoor’s MISS INDIA AMERICA and Grace Lee’s OFF THE MENU.

This year’s programme is divided into four sections:

HERE IS THE PROGRAMME AT A GLANCE:

A documentary that spans over a decade, the film follows Selvi, who ran away from an abusive child bride marriage and changed her life to become South India’s first female taxi driver.

Ambitious valedictorian Lily has it all: the perfect GPA, the ideal boyfriend, and a well-thought-out life plan but this plan is suddenly ruined when her high school boyfriend runs off with the reigning Miss India Golden State. Determined not to lose, Lily joins the Miss India beauty pageant where, in order to crush the competition, talents must be learnt, dresses must be stolen, and lies must be told!

A royal tailor’s promotion is threatened when a young designer earns the queen’s favour with his refreshing take on traditional garb. Stitch by stitch, on the surface the two tailors duel for the ultimate masterpiece. But beyond the clothing, a larger war is being waged between the two women in the king’s life.

McDull, Hong Kong’s most beloved cartoon pig, recalls his childhood days when he watched his mother make ends meet by working countless jobs, including appearing as a superheroine in a traveling roadshow where she dispenses handy life hacks. Although it seems that he may not be destined for great things in life, McDull never gives up trying.

Based on the manga Sarusuberi by Hinako Sugiura, Miss Hokusai is the untold story of O-Ei the uncredited painter and daughter behind the famous work of her father. O-Ei’s father, more renowned now as Katsushika Hokusai, is most known for such works as The Great Wave off the Coast of Kanagawa.

Eccentric real estate magnate Aniki has an out-of-the-box philosophy when it comes to acquiring wealth. A charming comedy that focuses on the “richness of life,” the film transports the viewer to the tropical paradise of Bali, and helps clear the mind to redefine happiness. 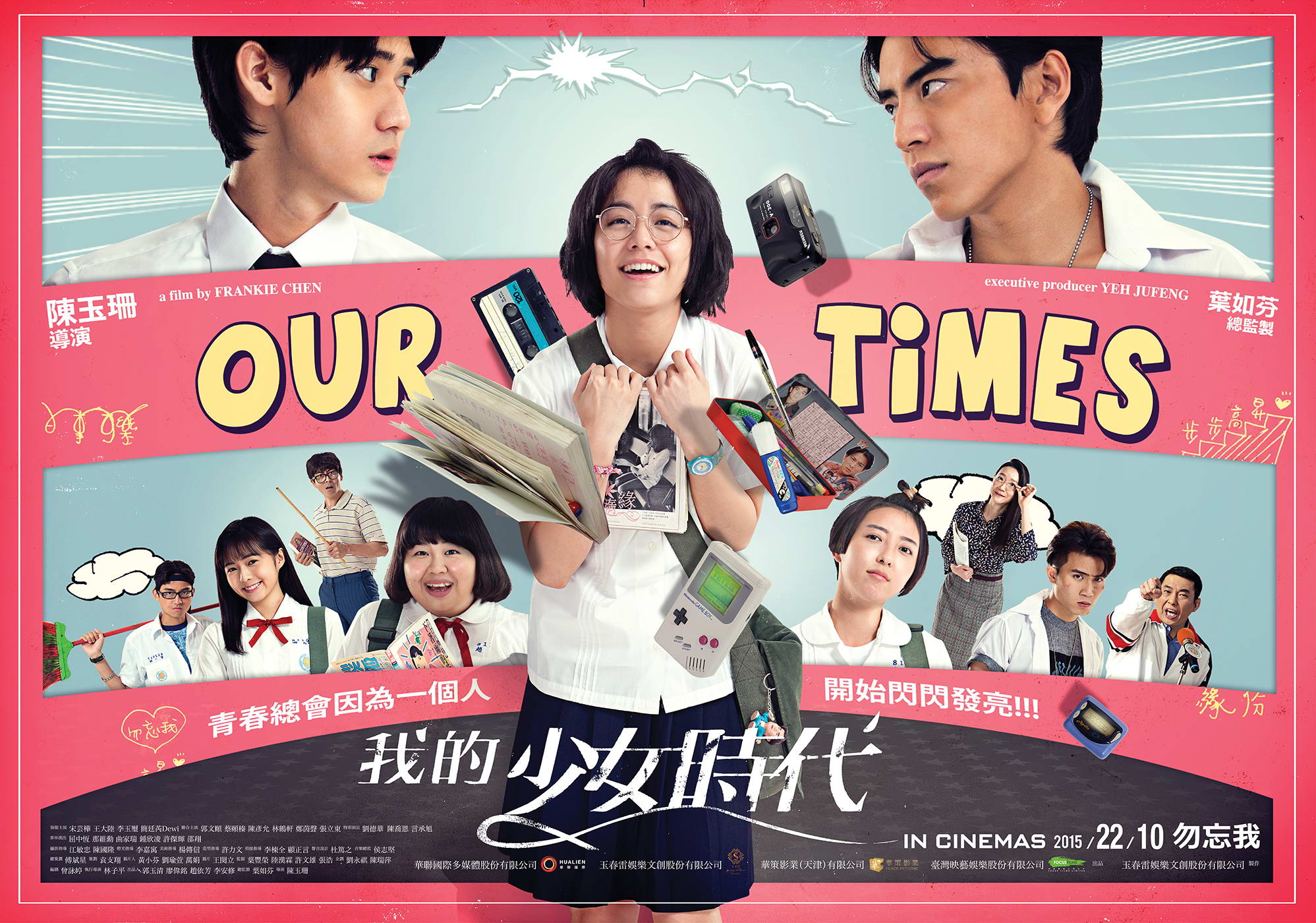 It’s Taiwan in the 1990s, and high school student Truly Lin is a plain, clumsy girl who spends her days goofing around with friends and fawning over the most popular boy in school. An unfortunate incident leads Lin to become an errand girl for the school’s notorious troublemaker Taiyu. The pair soon forms an unlikely friendship forged with a similar goal: break up the school’s “perfect couple” so that Truly and Taiyu can win them over!

A sex worker is found brutally murdered and Detective Chong (Aaron Kwok) is determined to solve the mystery with his partner Smoky. Loosely based on a true murder case, Port of Call is a crime thriller stylized by the cinematography of Wong Kar Wai’s favourite partner in crime, Christopher Doyle.

In the 1980s, the Korean government began a summer camp for gyopo (foreign-born) teenagers to visit the motherland. The camp would help the government re-establish ties with the diaspora, parents would get a sponsored trip, and teenagers would learn about Korean culture. What could possibly go wrong?

Disguised as police, Hong Kong gangster Lucifer and his gang of four steal abandoned police vans in order to create the perfect heist vehicle. Unfortunately for them, another team of robbers has the same plan in mind. How will Lucifer and his brothers save the day? Featuring favourite Hong Kong actors Francis Ng, Simon Yam and Patrick Tam and the nostalgic aura of ‘90s action comedy movies, Two Thumbs Up is among this year’s best Hong Kong films.

Changing Season chronicles a transitional year in the life of famed farmer and slow food advocate David “Mas” Masumoto and his compelling relationship with daughter Nikiko, who returns to the Masumoto family peach farm to continue in her father’s footsteps.

Egotistical and unemployed, Kathir has no problem gambling away his family’s hard-earned money. Capitalizing on his knowledge of Chennai’s underground and his desire to rat on those who have embarrassed him, he finds his calling as a secret police informant. Success is swift as he becomes a favourite amongst officers, but his arrogance soon compromises his hidden identity as Kathir learns there are consequences for tattling on the city’s most ruthless gangsters.

Romeo Candido (in attendance) | Canada 2015 | 6 MINS | Rated PG | World Premiere
When Alex Cheng reluctantly inherits her estranged father’s Martial Arts school, it is up to her to defend the family legacy in an underground competition. Sudden Master is a story about tradition, vengeance and love.

On the same day, in the same accident, twin tragedies: Wei loses his pregnant wife, while Ming loses her fiancé. Intercutting between two parallel storylines, the film follows the hundred-day journey that Wei and Ming each embark on to mourn for the dead. 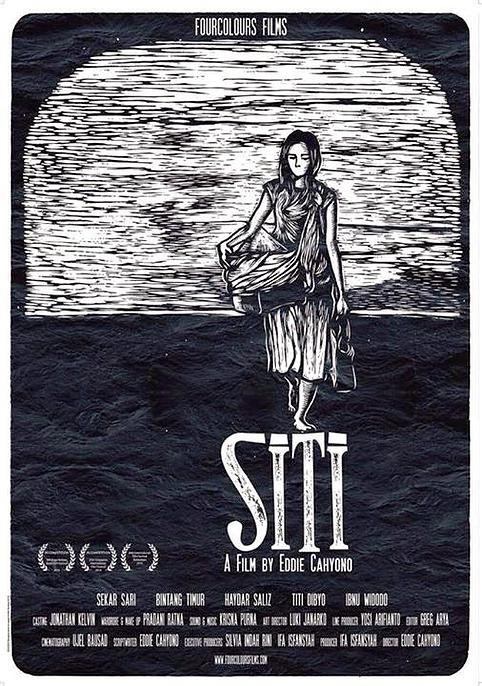 Siti, a young and beautiful woman, has to find the means to care for her son, her paralyzed husband and her mother-in-law. By day, she sells snacks on the beach; by night, she sells herself in an illegal karaoke bar. Her encounter with a policeman, who falls in love with her, makes her life even more complicated.

What does it mean to ”eat local”? How does ”hometown” taste? We follow award-winning Korean American filmmaker Grace Lee as she savours courses coast to coast, from Texan tofu tamales to the octopus hunt and Hawaiian grill. On her tour of mind-melting fusions, farms, and kitchens, Lee meets a diverse slate of Asian Americans who devote some part of their lives to cuisine.

With too much time on his hands, Dandekar heads off to the grocery store to gather only the best ingredients to make his perfect sandwich, much to the chagrin of the shop owners who have to wait on him.

Set in Shizuoka City in the 1980s, awkward and overweight Yuki Suzuki is invited on a group date, where he meets the pretty and disarmingly forthright Mayu. Years later, he is transferred to Tokyo, where he soon finds his allegiance to Mayu seriously tested by sophisticated coworker Miyako. How will this love triangle end?

Mina is a typical feisty and energetic 12-year-old girl, except she lives in modern day Kabul, Afghanistan and her circumstances are anything but typical. After losing her mother to a Taliban attack, Mina is left alone to take care of the household, looking after her senile grandfather, while her drug addict father wastes away. Eager to learn, Mina must skip school in order to earn a meager living for the household, peddling souvenirs on the street.

In this bittersweet dramatic feature, former martial arts superstar Derek Yee pays tribute to the thousands of Chinese young migrants who flock to Hengdian, China, the Hollywood of the East, to pursue their dream of “becoming somebody.”

BORN TO RUN
What’s the first thing you throw in your suitcase? Spanning continents and genres, this buffet of stories is a smiling wink and a knowing nod to cities, cultures, and creatures on the move. Featuring short films by Alex Humilde, Sarmad Masud, Rekha Ramachandran, Tony Nguyen, Lynn Kim, and Aram Collier.

LUCKY TOWN
Across the street, across the ocean, key in hand or hand in hand, these films ask: “In whose footsteps do you follow; what kind of world will you create?” Featuring works by Chloe Booher, Celeste Koon, Shaleen Sangha, Debraj Sarkar, Norbert Shieh, Robin Takao D’Oench, Kendra Legault, Adinah Dancyger, and Michelle Kee.

RETROSPECTIVE ON RANDALL OKITA
Canada | 70 MINS | English
Things I Can’t Tell You, a gallery exhibition featuring three large-scale artworks that correlate to the cinematic work of Canadian filmmaker Randall Okita. In the spotlight screening of Okita’s shorts, the artist presents a series of his short films and discusses the influences and processes involved in Portrait as a Random Act of Violence, Machine with Wishbone, Fish in Barrel, No Contract, and The Weatherman and the Shadowboxer.