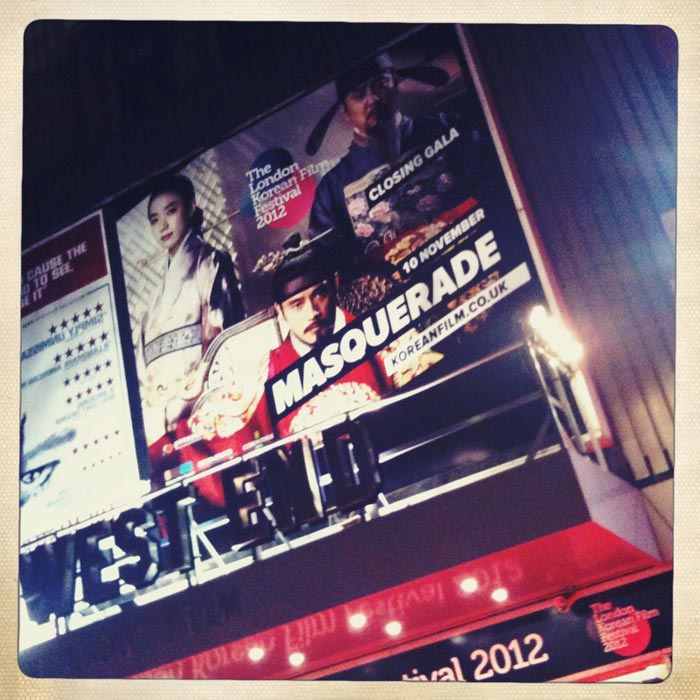 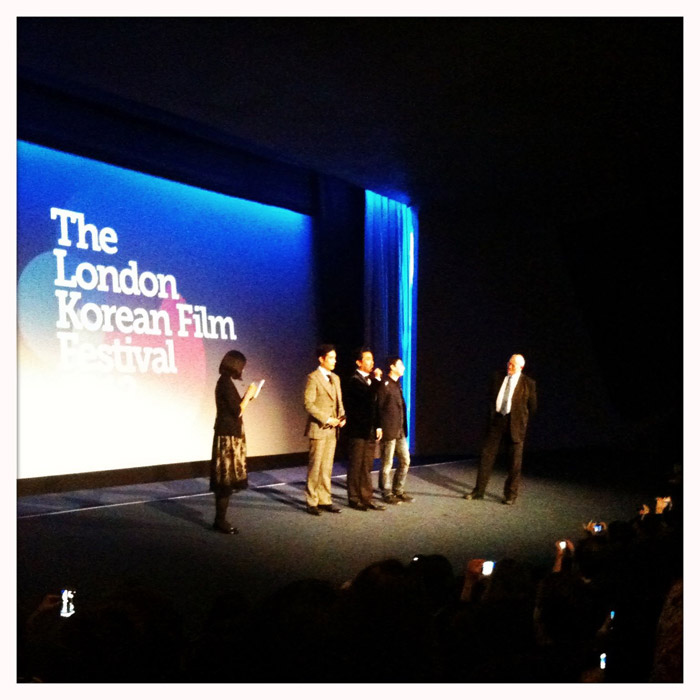 We were expecting something special, but this star-studded – Bruce, John and Helen…?

After a fantastic year for the Korean Cultural Centre UK – including their Year Of The 12 Directors events, the Im Kwon-Taek retrospective as well as an abundance of cultural events including Summer’s All Eyes on Korea – you’d have expected a lot from the (very sold out) closing gala to this years London Korean Film Festival. And boy, did we get it!

Rumours had been circulating about who might attend. Star of the closing film Masquerade, Lee Byung-hun (A Bittersweet Life, I Saw The Devil), was a cert. He was in town shooting Red 2. Choo Chang-min, the director, was going to be there. Then, as it happened, co-star Ryoo Seung-yong (The Front Line, War Of The Arrows) was spotted the night before.

But gaining most attention was the suggestion that Lee might bring along some of his co-stars. Names like Mirren, Malkovich and Hopkins were being mentioned…

Well, as it happened, they were pretty much on the money!

Dame Helen Mirren, John Malkovich, director Dean Parisot and Bruce Willis(!!!) were all there to support Lee, with the latter causing an unsurprising amount of commotion on his appearance. And just a few seats away…

(And a famous Korean footballer who, er, Park Ji Sung. I had no idea who he was – hell, you’ve seen the site – did you really think I was the kind of guy who was into sports?)

So after a big introduction with help from host Tony Rayns, we finally got to enjoy Masquerade (originally called 광해:왕이 된 남자/Gwanghae: Wangyidoen Namja, which literally translates as Gwanghae: The Man Who Became King). Right now the film is riding a wave of acclaim, having swept the board at the 49th Daejong film awards winning 15 (!) categories.

Now, whether the film is worthy of such praise is arguable. Its by no means revolutionary; its take on the ‘Prince and the Pauper’ story, with Lee Byung-hun playing dual roles, is pretty predictable. Yet the film is exceedingly well-played and thoroughly enjoyable – I was entirely engrossed, perhaps not least as we get to see a lighter side of Lee Byung-hun than usual – which he admitted in the Q&A after the film wasn’t helped by him being best known for working with Kim Ji-woon.

Lee was on fine form during the Q&A. When asked which actresses, both Korean and internationally, would he like to work with (rather aimed, I think, at his girlfriend Lee Min-jung) he replied Helen Mirren – who had stayed for the Q&A. (Mind you, Dame, we saw the size of your Popcorn bucket – we knew you were here for the long haul!) He said how much of a fan he had been of hers, and the experience of working with her had been surreal. Then Ryoo also answered, with a mischievous smile, Helen Mirren!

What a fabulous night! Well done to all at the KCCUK!

But one thing… this is going to take some topping next year?

The 7th London Korean Film Festival draws to a close in Central London this evening, with events continuing around the UK until 16 November.