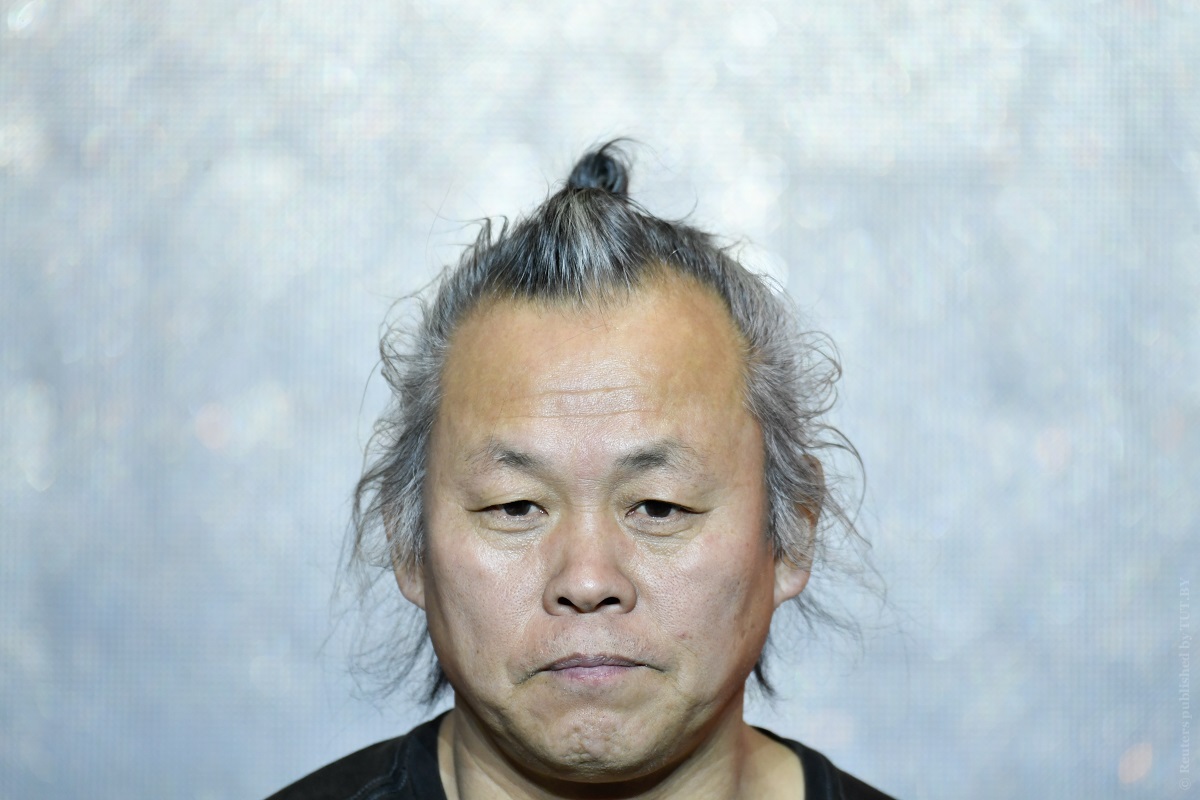 A look back at the career of the controversial, award-winning Korean director, who died of COVID on 11th December…

Kim Ki-duk, one of South Korea’s most well-known and controversial arthouse filmmakers, has died of COVID-19 complications in Latvia, it has been reported by Latvian and Korean media. The writer director, whose generally dark and nihilistic works were mainstays on the international festival circuit, had apparently been looking to buy a house and settle in Latvia, though passed away on December 11th after being admitted to hospital. Although his career had seen him win a long list of awards around the world, many of his films were criticised or censored for their violence, animal cruelty and misogyny, and recent years saw him being accused of sexual and physical assault by a series of actresses.

Kim Ki-duk was born in 1960 in Bonghwa, North Gyeongsang Province, and after studying in South Korea and Paris, began his career working as a screenwriter, winning a number of awards. He made his directorial debut in 1996 with Crocodile, which like all of his later works he also wrote, and which follows a man who stops a woman from killing herself, only to repeatedly rape and brutalise her before the two form a relationship of sorts. The film, which starred actor Cho Jae-hyun, who would go on to star in many of Kim’s productions, was well-received by Korean critics, and dealt with grim themes which would very much characterise the director’s works, chiefly sexual and emotional abuse, violence and fierce societal criticism.

This was certainly true of Kim’s films which followed, with the likes of Wild Animals, Birdcage Inn, Real Fiction, Address Unknown and Bad Guy all offering hard-hitting and disturbing depictions of broken and marginalised human beings treating each other badly, frequently being hard to watch and featuring graphic content and the mistreatment of his female characters. Although some of these early works won praise and screened outside Korea, it was arguably Kim’s 2000 film The Isle which really put him on the international map, playing in competition at Venice and being released in a number of countries around the world. Dealing with prostitution and sexual obsession, and with a disturbing, abstract relationship at its core, the beautifully-shot film was a balance between the arthouse and the extreme, with its gruesome fishhook scenes winning Kim fans outside the usual festival crowd – the film also ran into controversy in the UK and other countries due to its real scenes of fish and frogs being skinned and killed.

From here, while sticking to the same gritty subjects, Kim’s work began to move more overtly into the arthouse, with a penchant for surreal visuals and the philosophical aspects of his writing coming to the fore. What was called by some a maturing of style was apparent in his next film Spring, Summer, Fall, Winter… and Spring, a 2003 Buddhist fable which he also starred in. Quieter, slower and less abrasive than his earlier outings, the film was praised more widely by international critics, and played a list of global festivals as well as being voted by many as one of the best South Korean films of the 2000s to date. Although Kim’s subsequent works over the coming years never shied away from tackling challenging subjects in an unflinching and generally bleak manner, the likes of 3-Iron, The Bow, Time and Breath all echoed the more thoughtful approach of Spring, Summer. These films also saw Kim veering even more towards the arthouse and the obscure, though in a way which only further endeared him to many international, and in particular European critics, for whom he was by then one of Korea’s top indie film exports. 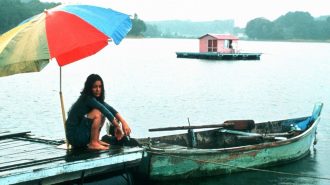 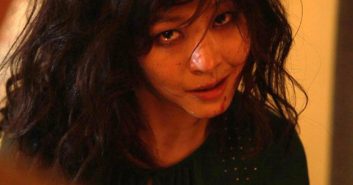 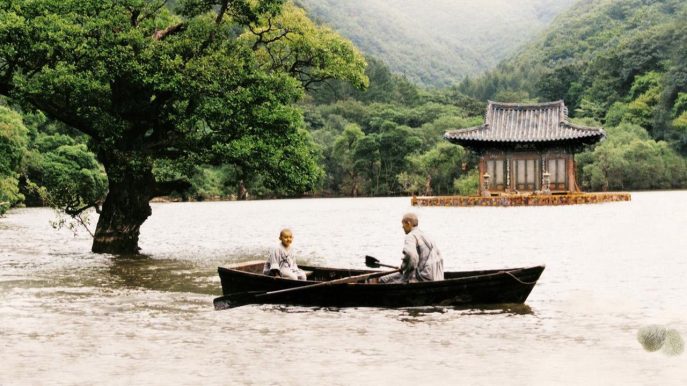 This success was not matched commercially at home, where Kim’s films generally failed to make much money despite their awards and reviews, and perhaps as a result, from 2008 onwards he also began serving as writer and producer for other directors. Frequently, these other directors were characterised as being his proteges, working from his scripts, as with Juhn Jai-hong and the film Poongsan, Lee Ju-hyoung with Red Family and Moon Si-hyun with Godsend – certainly, all of these films felt very much imbued with Kim’s worldview and style. At the same time, Kim also dabbled in some slightly more commercial work, providing the story (uncredited) for Jang Hoon’s Song Kang-ho and Gang Dong-won starring blockbuster Secret Reunion, and writing and producing Shin Yeon-shick’s excellently cruel take on Korean showbusiness, Rough Play.

The next couple of years were key for Kim, with 2012 seeing returning to his more savage and scathing roots with Pieta, following a violent loan shark enforcer who meets a woman claiming to be the mother who abandoned him as a child, with unpleasantness and lots of Christian symbolism ensuing. Though the film’s rough content divided some critics, it won awards at a number of key international festivals, including the Golden Lion at Venice, being the first Korean entry to win at one of the big global award ceremonies. Perhaps spurred on by this success, Kim took things up a notch for his next film Moebius, in which a woman jealous of her husband’s infidelities decides to castrate her son with a carving knife, who thereafter can only derive sexual pleasure from extreme pain. Though darkly philosophical and not without substance, the film’s extreme and graphic horrors were what mainly made the headlines, with it initially being banned in South Korea and censored in other countries, and while praised by some critics, it proved a bit much for many, and had more in kin with Kim’s early works than his more recent festival award-winners.

Kim’s career post-Moebius saw him producing films which could be said to be either of variable quality, or varying degrees of obscurity and strangeness, starting with the violent, though overlong and hard to follow political satire One on One in 2014, allegedly based on an unnamed real life incident in Korea. By then, the pairing of nastiness and biting social criticism which Kim had become famous for was becoming more enigmatic and harder to fathom in his films, and his 2016 work The Net and 2018’s Human, Space, Time and Human didn’t have the same impact and failed to reach the same international festival audiences. His final film was Dissolve in 2019, shot in Kazakhstan, which has not been widely screened. 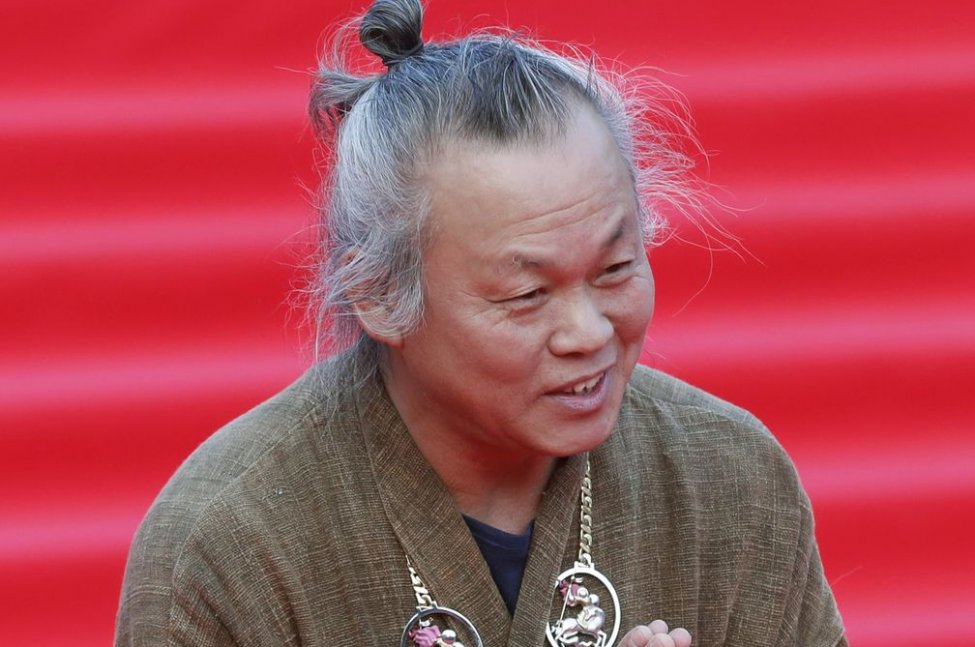 To a large extent, the decline in Kim’s popularity and international profile came as the misogyny in his films seemed to be reflected in real life, with the director being accused of sexual assault by an unnamed actress who had worked on Moebius. After other women came forward with separate allegations, Kim attempted to sue for defamation, though his claim was rejected by the local courts, something which was seen as a major victory for the #MeToo movement in South Korea, with many speaking out against him and his apparently abusive and predatory onset behaviour. This led to Human, Space, Time and Human being withdrawn from release, and as more accusations surfaced, it became clear that Kim no longer enjoyed his position as being seen as a talented enfant terrible, and that the previous tolerance of the fact that most of his films showed a violent objectification of women was over, both at home or abroad.

This was likely the catalyst for Kim’s stepping back from the public eye and the festival circuit in recent years, and whilst there’s no denying that his passing has seen the Korean film industry lose a talented and internationally acclaimed filmmaker, in light of the many cases against him, the unavoidable truth that so many of his works featured the sexual abuse of women will see his legacy understandably being a troubled and tarnished one.