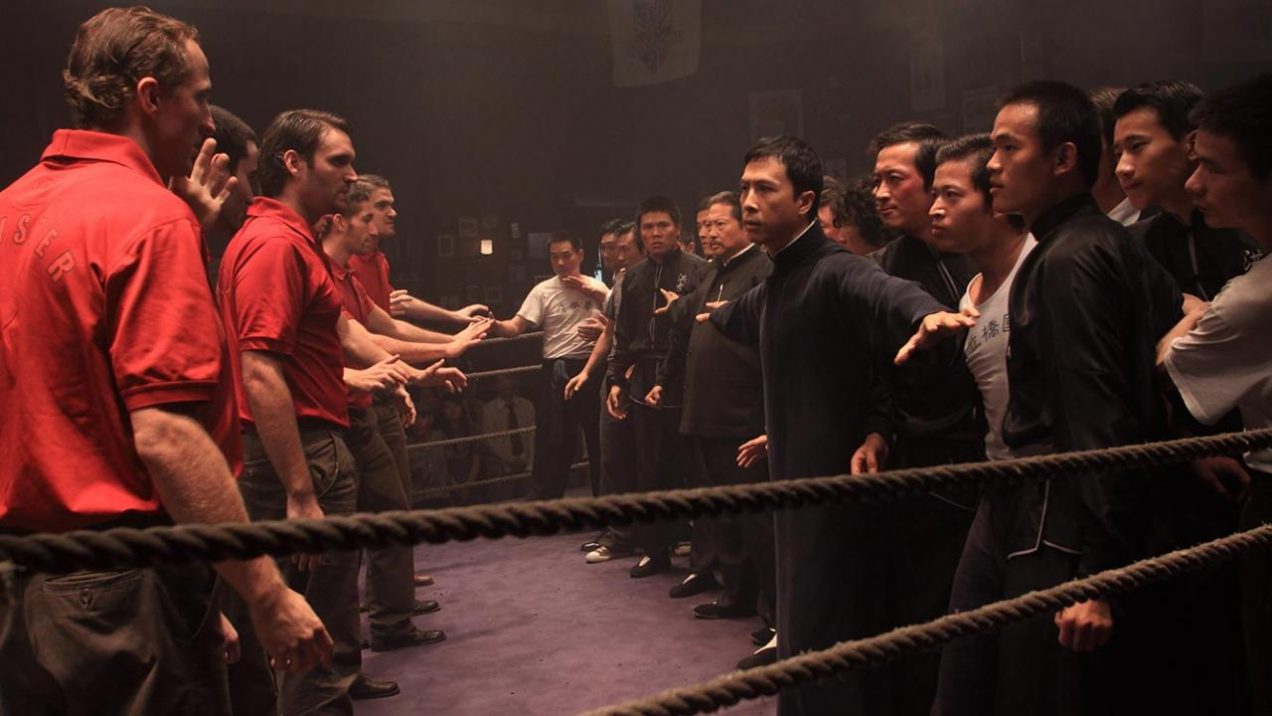 As part of their Can I Kick It? series, Shaolin Jazz performs live with a bone-crunching martial arts extravaganza… 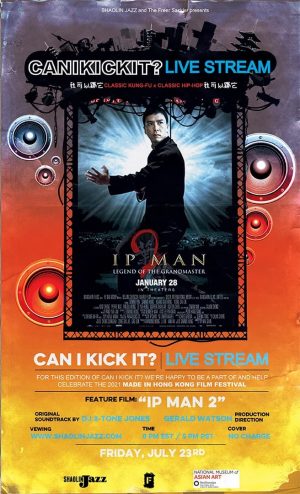 As part of this year’s Made in Hong Kong Film Festival at the National Museum of Asian Art, Shaolin Jazz are presenting CAN I KICK IT?, an innovative film experience where we screen classic martial arts, action or anime movies and DJ 2-Tone Jones (co-founder of Shaolin Jazz) create a live score for the film, using his turntables, by spinning a curated mix of hip-hop, soul, rock, and more – scene by scene.  The result is your movie experience redefined where 2-Tone creates a remixed soundtrack to the movies using music to complement the dialogue and storyline while also incorporating special DJ techniques to accentuate elements in certain scenes.

Ip Man 2 completes the series, streaming live Friday 23rd July. Sammo Hung provided the stunning fight choreography for and starred alongside Donnie Yen in this second film in the hit franchise chronicling the life of Bruce Lee’s martial arts teacher. In it, Ip Man (Yen) moves from Mainland China to Hong Kong to teach his skills to a new generation but encounters resistance from local a master (Hung) who jealously guards his turf and draws Ip into a web of corruption and violence. (Dir.: Wilson Yip, Hong Kong, 2010, 109 min., Cantonese with English subtitles).