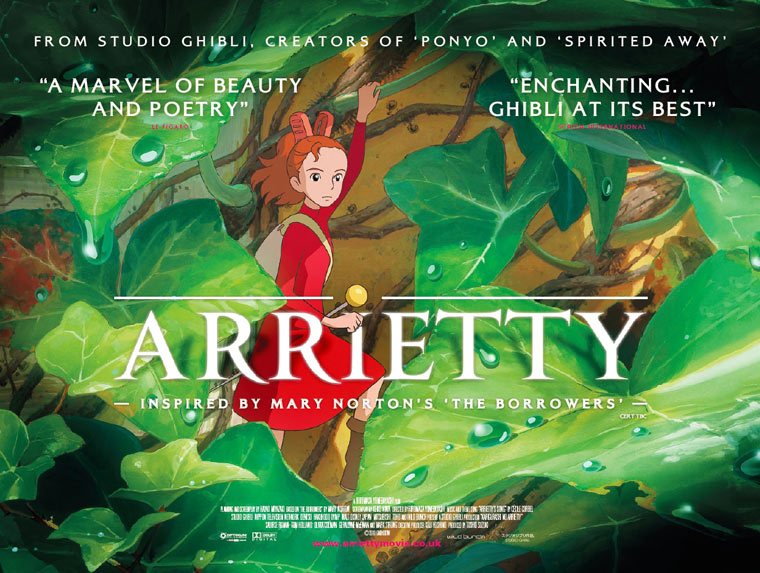 The latest Studio Ghibli film Arrietty, based on Mary Norton’s classic series of children’s books The Borrowers is released in UK cinema’s next Friday, 29 July. For once, it’s nearly seven months before the US get’s it! (Though quite a few months after France…)

Charming and quite beautiful, just the sort of thing Disney haven’t been able to make since — well, the 50s? (Okay, technically Walt Disney co-produce Studio Ghibli works now but, er, you get what I mean…) Once again Hayao Miyazaki has adapted the work, handing over directorial duties to Hiromasa Yonebayashi, previously a leading animator on other Ghibli classic’s such as Ponyo, Howl’s Moving Castle, Spirited Away, Princess Mononoke, as well as Jin-Roh: The Wolf Brigade. This time around both the UK and US will have their own dubbed soundtracks, in addition to the French dubbed soundtrack. I’m not sure how well the US will work, but the UK translation has been sensitively done for a work that feels quite British anyway.