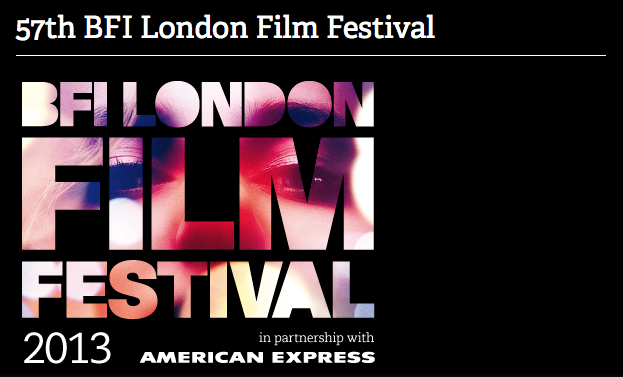 Kore-eda’s Like Father, Like Son in Official Competition and a double whammy of Hong Sang-soo lead another strong year for the 57th BFI London Film Festival 2013…

All eyes will undoubtedly be on Kore-eda Hirokazu’s Like Father, Like Son to bring home another competition prize at this year’s London Film Festival (though the event itself tends to recognise more adventurous than heart-warming filmmaking). It feels like another strong year for Asian film, if one that expands beyond the usual territories of Japan, China, India and South Korea.

The Philippines is present with 1975 classic Manila in the Claws of Light from the late Lino Brocka, described as a ‘vital, unclassifiable film’ presented in a newly restored print from the original negatives. While Lav Diaz’s about a law students act of violence that has catastrophic consequences beyond his victims, Norte, the End of History, also screens. Indonesia is also represented with One Day When the Rain Falls, which plays of three chapters each in a different genre. Laos-Thai-Australian co-production The Rocket features a young boy who sets about winning a dangerous competition in order to win back his family’s affection.

Korea is represented by a double-whammy of festival fave Hong Sang-soo, here presenting both Nobody’s Daughter Haewon and Our Sunhi. Screenwriter for I Saw The Devil and The Unjust, Park Hoon-jeong-I’s New World, starring Lee Jeong-jae and Choi Min-sik, promises an entertaining thriller that pays its dues to The Godfather and Infernal Affairs. Meanwhile Jung Youngheon’s award-winning debut Lebanon Gamjeong, presents a grieving loner who finds his life turned upside-down when he stumbles into a brutal underworld grudge-match.

Kore-eda is joined by the latest film from Yuya Ishii (Mitsuko Delivers, Sawako Decides), Great Passage, where a charming geek finds spiritual fulfilment – and true love – while compiling a new Japanese dictionary. Actor turned director Tatsushi Omori brings The Ravine of Goodbye, about a journalist discovers dark secrets in the life of an apparently happy couple. Prolific director Sion Sono, who has already had The Land Of Hope this year, premieres Why Don’t You Play in Hell?, described as ‘a wild subversion of the yakuza film and an affectionate tribute to the death of celluloid’. (But speaking of prolific, there’s no Takashi Miike for the first time in several years!)

Best known as an actress for her roles in Shaolin Soccer, Red Cliff and So Close, Vicki Zhao’s directorial debut So Young adapts a novel by Xin Yiwu and has become one of the top-grossing films in China of 2013 (under the watchful eye of producer Stanley Kwan (Rouge)). Another star, Juno Mak, last seen in Revenge: A Love Story, also makes his directorial debut with Rigor Mortis; a modern take on the much-loved supernatural action films that populated Chinese genre cinema of the 1970s and 80s, produced by Takashi Shimizu (Ju-on: The Grudge, Tormented 3D).

A rather less surprising, though very welcome inclusion comes Jia Zhangke’s Cannes prizewinner comprising four fact-based stories of violence and murder, A Touch of Sin, already slated for UK distribution from Arrow films (probably next year?). Vivian Qu’s debut Trap Street  tackles China’s ominous new surveillance culture through the story of a romance abruptly derailed by a boy’s disappearance. With a more ‘feel-good vibe’, Camera d’Or winner for best debut feature Anthony Chen brings Ilo Ilo, about an affluent working couple in late-1990s Singapore who employ a live-in maid, with financial crisis and home truths are just around the corner. Chang Tso-Chi’s (When Love Comes) A Time in Quchi sets two kids on vacation with their Grandpa in a rural village while their parents are divorcing. Another debut feature comes from Hong Kong’s Flora Lau, whose Bends is a subtle take on class in contemporary Hong Kong as the lives of a wealthy woman and her chauffeur briefly intersect.

The 57th BFI London Film Festival 2013 runs from 9 to 20 October at various venues across London.