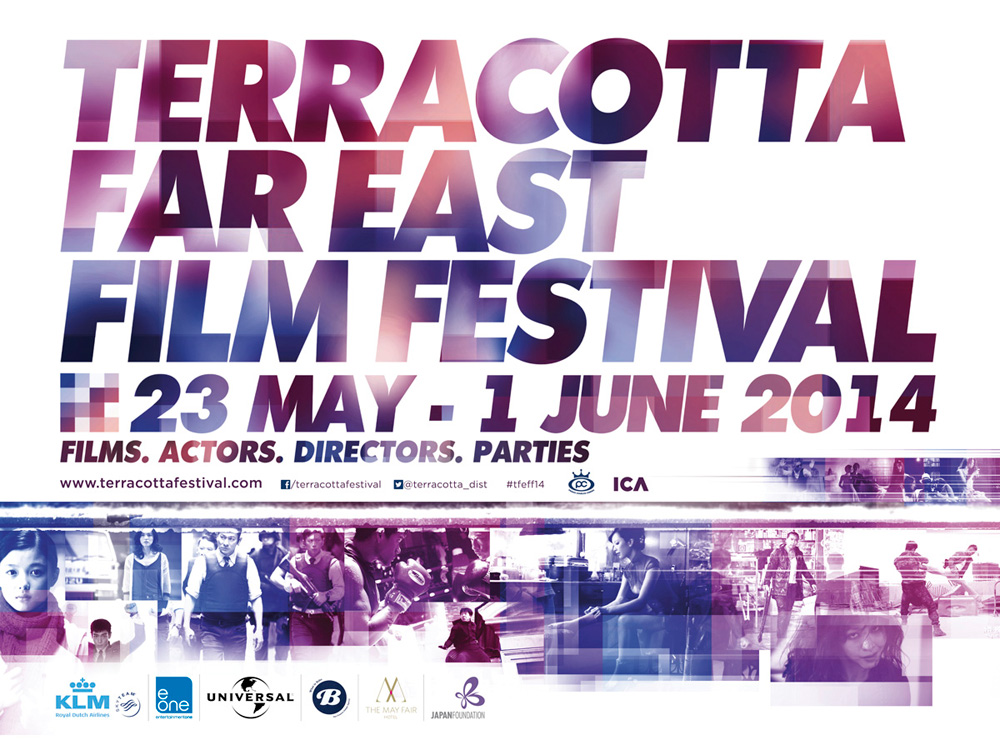 It’s that time of year again as every Asian film fan knows, as the Terracotta Festival returns jam packed with UK premieres and special guests. This year the festival begins on 23 May at the ICA London, with its spotlight section highlighting new work from the Philippines.

Once the world’s second largest film industry, the Philippines are once again international attention with a dynamic mainstream sector and vibrant indie content. Always forward thinking and identifying trends before they’re commonplace, festival director Joey Leung told me recently that films from the Philippines ‘are about to hit the mainstream in the same way the Korean Wave did about ten years ago!’

This selection should prove him right; including Erik Matti’s On The Job (UK Premiere), which received a standing ovation at the Director’s Fortnight at Cannes 2013; Veronica Velasco’s Tuhog (International Premiere), a dark and nuanced comedy with real sincerity, lifted by a stand-out performance from critically acclaimed comedic actress Eugene Domingo; Shift, the debut film for writer-director Siege Ledesma, stars two rising young stars and is an award-winning example of the vitality of independent Filipino film; and A Thief, A Kid And A Killer highlights the fast-developing trend for cross-border collaboration, as the film was shot in the Philippines with a local cast but written and directed by Korean American filmmaker Nathan Adolfson.

From Wednesday, 28 May, the festival takes up its usual residence at Prince Charles Cinema for the current Asian Cinema strand, including: Tony Jaa’s (hopefully) come back in Warrior King 2 (aka Tom Yum Goong 2/The Protector 2) directed by Ong-Bak’s Prachya Pinkaew and co-starring Wu-Tang Clan musical (though perhaps not acting) legend RZA; Han Jae-rim’s Joseon dynasty saga with a powerhouse cast, The Face Reader (UK Premiere), starring The Good, The Bad, The Weird and Snowpiercer’s Song Kang-ho; taut spy thriller Commitment (European premiere), starring Choi Seung-hyun, a.k.a. rapper T.O.P. from Big Bang (and impressive star of 71: Into The Fire); Kim Ki-duk’s daring and disturbing portrayal of a dysfunctional family, filmed without dialogue, Moebius (UK Premiere); Aozaru Shiao and Toyoharu Kitamura’s nostalgic tribute to the heyday of Taiwanese-language films, Forever Love; the international premiere of Akira Nagai’s Judge!; and Hitoshi One’s Be My Baby (UK Premiere), a stand-out example of the recent trend in Japan for ‘workshop’ filmmaking; the film was made in just four days with a budget of under $10,000.

As always, there’s the legendary Terror Cotta All-Nighter, featuring the London premiere of Takashi Miike’s particularly nasty Lesson of Evil; the European premiere of In The Dark, director YEO Joon Han has crafted a tense, unrelenting horror follow up to the the award-winning Sell Out!; the London Premiere of the Gareth Evans’ (The Raid, The Raid 2) produced Killers, a psychological horror from Indonesian directing duo The MO Brothers (Macabre); and the UK premeire of Erik Matti’s Tik Tik: The Aswang Chronicles.

This year the festival brings a stunning amount of filmmakers and stars to the UK. These include: Erik Matti, director of On The Job and Tik Tik: The Aswang Chronicles; Felix Roco star of Shift and A Thief, A Kid and A Killer; Nathan Adolfson, Writer/Director of A Thief, A Kid and A Killer; Andrew Leavold, Writer/Director of The Search for Weng Weng; Akira Nagai – Director of Judge!; Seo Young Joo, star of Kim Ki-duk’s notorious Moebius; and actress Yuumi Goto and actors Yuki Ueda and Sadaharu Matsushita from Be My Baby. (Phew!)

This year, the official Terracotta Far East Festival Hub will be hosted by Opium Cocktail & Dim Sum Parlour, just a two-minute walk from the Prince Charles Cinema, and located in the centre of London’s Chinatown. The hub will play host to a special exhibition of film posters to accompany the screening of Forever Love, celebrating the so-called “Hollywood in Taiwan” of the 50s and 60s, where every year about 120 fantastical feature films were produced in the native native Taiwanese language Hokkien, hailed for their remarkable fantasy and science fiction story lines.

See the full schedule for the Terracotta Far East Film Festival and all the latest news.