“Starring global superstar Matt Damon and directed by one of the most breathtaking visual stylists of our time, Zhang Yimou (Hero, House of Flying Daggers), Legendary’s The Great Wall tells the story of an elite force making a valiant stand for humanity on the world’s most iconic structure. The first English-language production for Yimou is the largest film ever shot entirely in China. The Great Wall also stars Jing Tian, Pedro Pascal, Willem Dafoe and Andy Lau.” 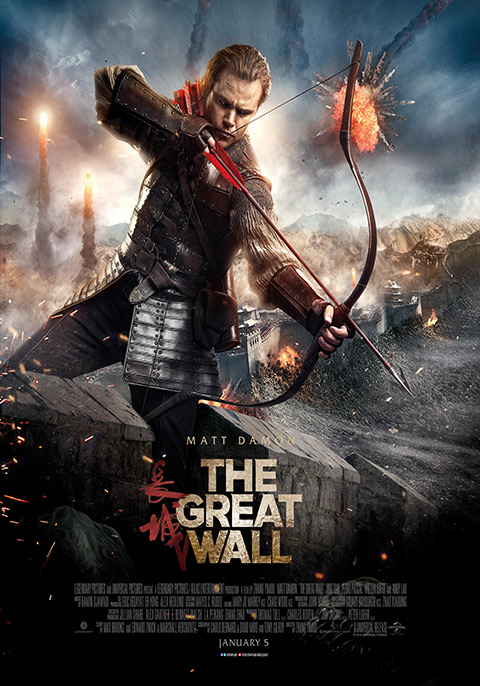 To find out more about the film, here’s an extract from Odeon Cinemas’ in-house film magazine, which we picked up earlier this week. 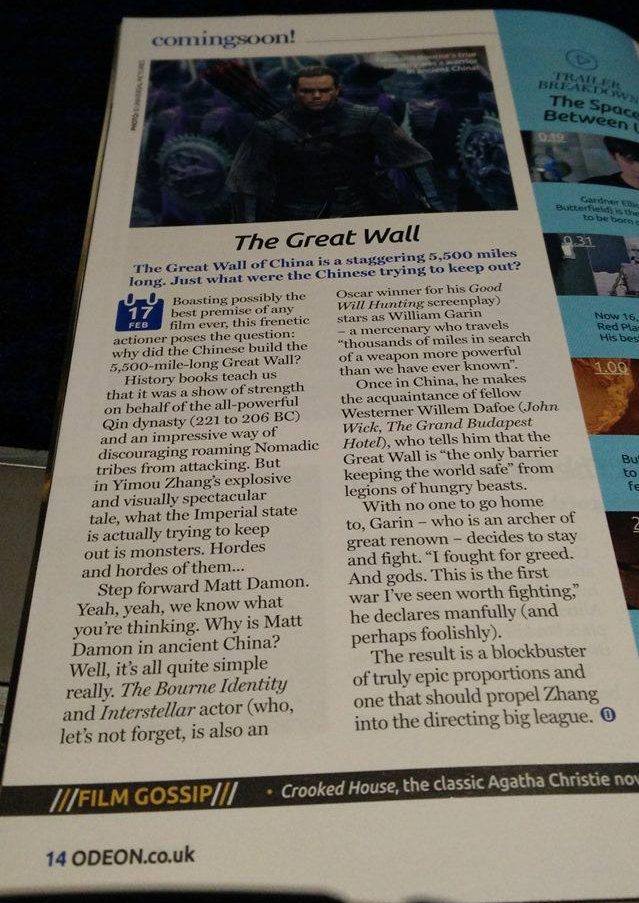 Tickets for The Great Wall can be purchased here online.