Running from 15th to 21st April, Electric Shadows puts a spotlight on unique films that breath the air of global art cinema into Taiwan film industry way before the 1980s New Wave. In the decade when healthy realist melodramas in standard Mandarin and Taiwanese-language genre films dominated the landscape, the films featured in Voices of Youth offered quite a different type of cinema which were not necessarily welcomed by the authoritarian Chinese nationalist party (KMT) that ruled over Taiwan after its retreat from Mainland China. 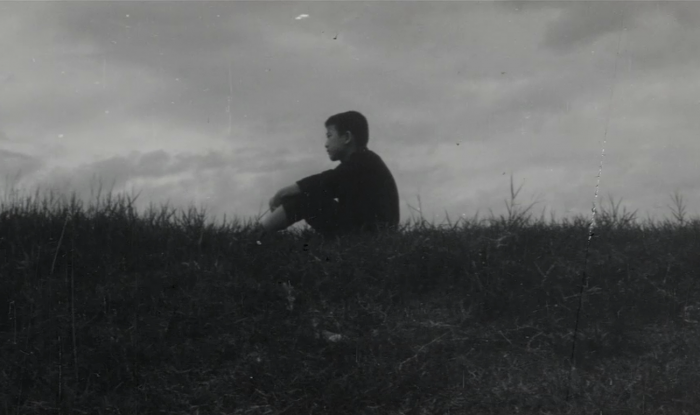 The season features two short films and two full-length titles. It starts with A Morning in Taipei (1964) directed by Pai Ching-jui who worked on the film just after his return from film school in Italy. Immersed deep into neorealism, Pai took the camera to the streets of Taipei, following various characters: upper middle class woman on her trip to the wet market, people rushing to work. Pai stays very close to life and the rhythm of the city. Another perk is that the silent film is scored by singer, musician and composer Lim Giong – cult figure of Taiwan experimental electronic music scene, genius behind film scores of many recent Chinese-language films, Hou Hsiao-hsien’s and Jia Zhangke’s long-term collaborator.

A Morning in Taipei is accompanied by I Didn’t Dare to Tell You (1969) directed by Mou Tun-fei, who after graduating from Taiwan Art College started out as an assistant director of Pai Ching-jui who had shared with Mou all he had learned while studying in Italy and working in Taiwan. Mou’s debut film follows a boy who tries to find a way to help pay off the gambling debts of his father, a widower with health issues. At the same time, he strives to keep up with school. The choice of the character and storyline echoes neorealist classics and the pessimism embedded in the film was not acceptable from the perspective of an authoritarian government trying to solidify its vague position. I Didn’t Dare to Tell You was screened only a few times privately. One reel of the original 35mm copy has been lost, and this only available complete copy has an ending imposed by government censors.

Electric Shadows continues with Mou’s second film The End of the Track (1970) in which he explores Taiwan’s class society and friendship between two teenage boys from different social backgrounds. The End of the Track is a close study of the character’s psyche in tune with brilliant non-linear narrative. At the time of its scheduled release, this film also got banned by the KMT government and it has only become available for screenings recently, shortly after the director’s death in 2019. After the two bans Mou decided to spend a few years travelling and finally moved to Hong Kong in 1980s where he joined Shaw Brothers that was actively looking for young filmmakers to refurbish the studios’ image. Although working in Shaw Brothers gave Mou a lot of freedom and resources, the acutely commercial-oriented profile of the studio did not really fit him. He became famous as director of controversial and extremely violent films discussing historical events (Men Behind the Sun depicting Japanese war crimes at Unit 731) as well as contemporary social issues (Lost Souls focusing on the atrocities committed on illegal migrants from mainland China by the local gang in Hong Kong’s New Territories). Although Mou is now considered as an exploitation filmmaker, it is a label that oversimplifies his career. The two films featured in Electric Shadows shed a light on Mou’s early works and uncover the fragments of global art cinema history that until recently were cut out of the record.

The End of the Track (1970) is accompanied by the short film Run (1966) by the painter Han Hsiang-ning. The short film features artist Xi De-jin who one morning in 1966 runs around the roundabout of Renai Road, in Taipei, while an 8mm camera tags along. Han Hsiang-ning, alongside his contemporaries, helped to uncover underground films from the 1960s that became part of a program ‘Imagining the Avant-garde: Film Experiments of the 1960s’ of the Taiwan International Documentary Festival.

The two programs will be introduced by Victor Fan, Reader at King’s College London specializing in cinema from China and Hong Kong. On Saturday April 17 Wafa Ghermani, film scholar and one of the programmers at La Cinémathèque Française, will present her lecture ‘Mou Tun-fei and his exceptional position in Taiwan film history’. The events will be followed by the live Q&A with both speakers. 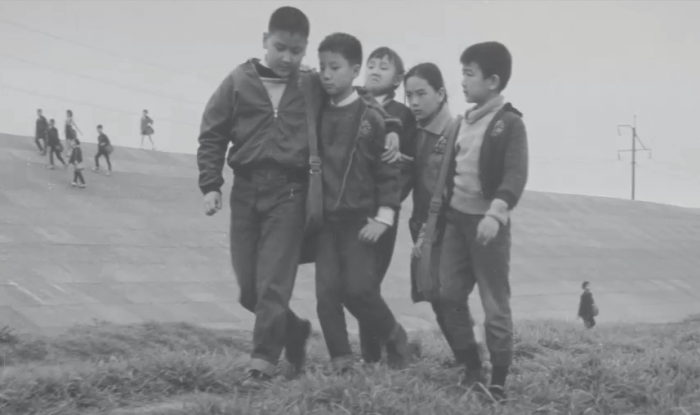 This online event is a collaboration between Electric Shadows, De Cinema and Taiwan Film and Audiovisual Institute, with the support of the Flemish Audiovisual Fund. The film programs can be viewed free of charge across Europe, the lecture and Q&A are open to a global audience.

All films are subtitled in English.

Electric Shadows ‘Voices of Youth. Unseen Taiwanese films of the 1960s run from April 15th to 21st online for free all across Europe. The lecture on the 17th April is open to a global audience. Check out more info on the festival website and Facebook page.