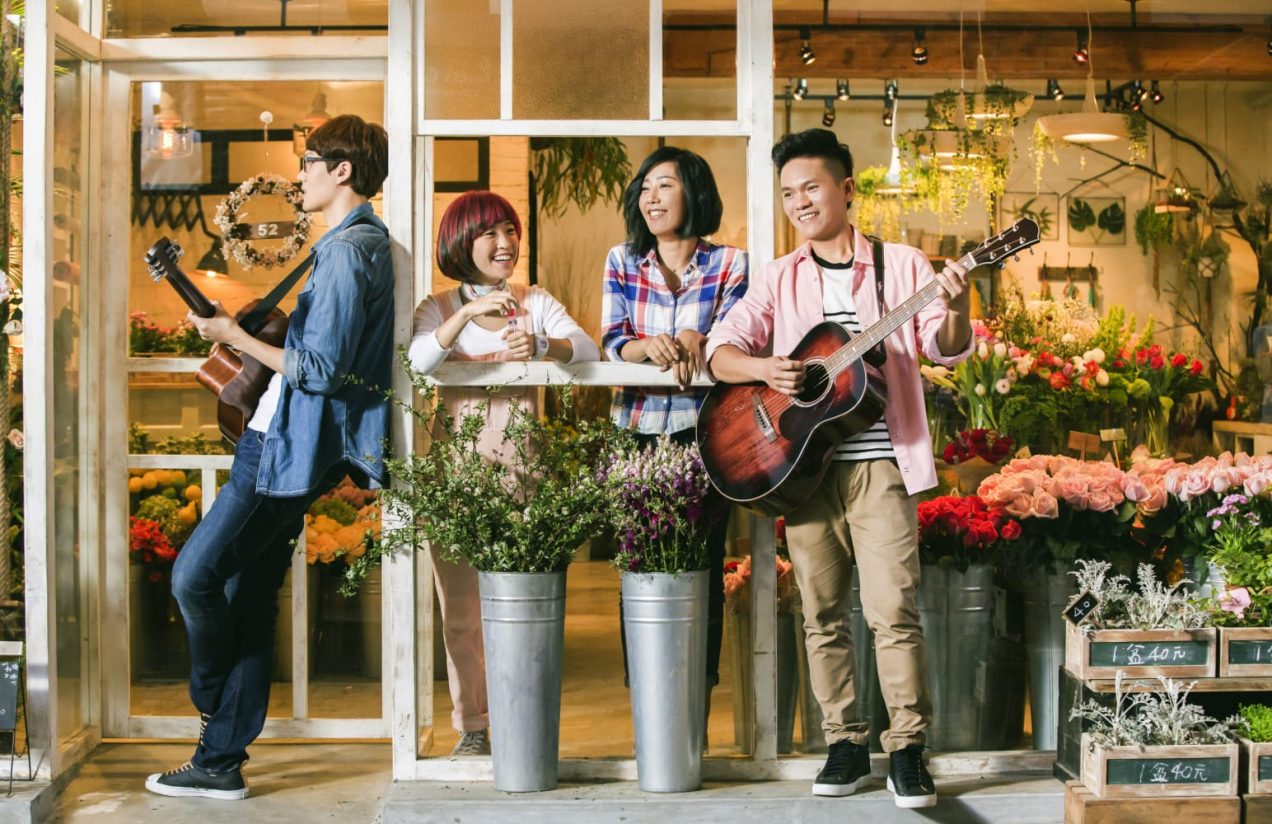 52 Hz, I Love You was destined to be box office hit in Taiwan. Released around Lunar New Year and Valentine’s Day, the feel-good musical was supposed to be the answer to flickering Taiwan film industry that is more and more influenced and dependent on Chinese market. Even though the director, Wei Te-sheng, has feeling for what the audience wants and is highly skilled in creating genre cinema, this time his intuition failed. Why the viewers said “no” to rare gem that is Taiwanese musical? The answer hides somewhere among colourful sets and charming voices, when ostentatious artificiality brings nothing but fading visual pleasure and amnesia after screening.

52 Hz, I Love You takes place in Taipei on Valentine’s Day. It focuses on three love stories, showing different stages in relationship and the need to escape from loneliness. Ang and Xin, both solitary love messengers, just met each other. Strange coincidences seem to hint on destiny, the notion often felt at the very beginning of a romance. Da-he and Lei are already in 10-year relationship, even though their characters don’t match – he is an overly optimist, she is a pessimist or at least grim realist. He plans to propose as she considers breaking up. Then there is Qi and Mei, gay couple that just got married. They are more of a chorus, commenting on the nature of love and commitment. Film title refers to 52 Hz whale that emits the sound of unusual frequency, inaudible to other whales thus it encompasses the loneliness and desperate need for love. It also deals with the notion of being invisible to other people, which can resonate in Taiwan as it is not acknowledged internationally. It all seems pretty neat, nevertheless the introduction to each character’s situation and feelings takes too much time and the story itself doesn’t have the chance to develop and make viewers empathetic. After watching the film there is a feeling of emptiness that the soundtrack and visuals couldn’t compensate.

52 Hz, I Love You showed how much regional film market changed within last decade. In 2008, Wei Te-sheng directed Cape No. 7, which turned out to be an ultimate box office success in Taiwan, still holding first place among domestic releases. Music melodrama deeply rooted in Taiwan daily life took the audience by surprise, as finally they could see themselves on screen. Ten years later Wei Te-sheng tried his hand at musical, anticipating similar response. Mode of distribution differs a lot from what Taiwanese productions are choosing to do recently, as they target audience in China. 52 Hz, I Love You premiered in Taiwan, Hong Kong, Malaysia and Singapore, as if ignoring Chinese market on purpose. Moreover before its official release, film had its USA tour, with special screenings in 52 cities. It seems Wei Te-sheng’s target audience was Chinese diaspora, mainly ABC – American-Born Chinese. During its opening weekend, 52 Hz, I Love You ranked seventh at the Taipei box office, till now it didn’t make up for production budget, but more revenue is supposed to come from VOD distribution.

52 Hz, I Love You keeps suffering from comparisons with Oscar-winning La La Land (2016, dir. Damien Chazelle) even though they seem groundless, as both films share only genre and close date of release. They do use musical scheme in conservative and nostalgic way, bowing to its roots thus cinematic world is all in Technicolor, with sketchy scenography and sets that seem flat and quite claustrophobic. Wei Te-sheng includes local elements such as scooter traffic, Taipei 101, waterfront, even uses Taipei underground (MRT) theme song, yet the rest melts into the unspecified big city landscape. 52 Hz, I Love You is conscious of its overly unrealistic style and maintains story’s bittersweetness and avoids being too naive. At the same time gives justice to “Taiwaneseness”, highlights localism and features indigenous musician-actor Suming Rupi as one of the main characters. Other latest Taiwanese productions often choose to avoid localism and speak to more universal Chinese audience, especially in the Mainland.

Wei Te-sheng tries to include too much in the movie thus perfectly structured narrative seem to be forced and hasty, doesn’t leave much impact. 52 Hz, I Love You was supposed to be a feel-good movie that would make enough money at the box office for Wei Te-sheng to shoot film that he might be more personal or passionate about. During the interview, while asked about the future of Taiwanese film industry, he replied that perfect scenario would be if aspiring local filmmakers go to study film in China, gain professional experience and craft, then go back home to create stories ingrained in local Taiwanese culture. Film market in the region changed drastically within the last 10 years but with box office drop in China, it’s difficult to say what is going to happen next. Yet it’s certain that second largest film market in the world will influence Taiwanese commercial cinema.