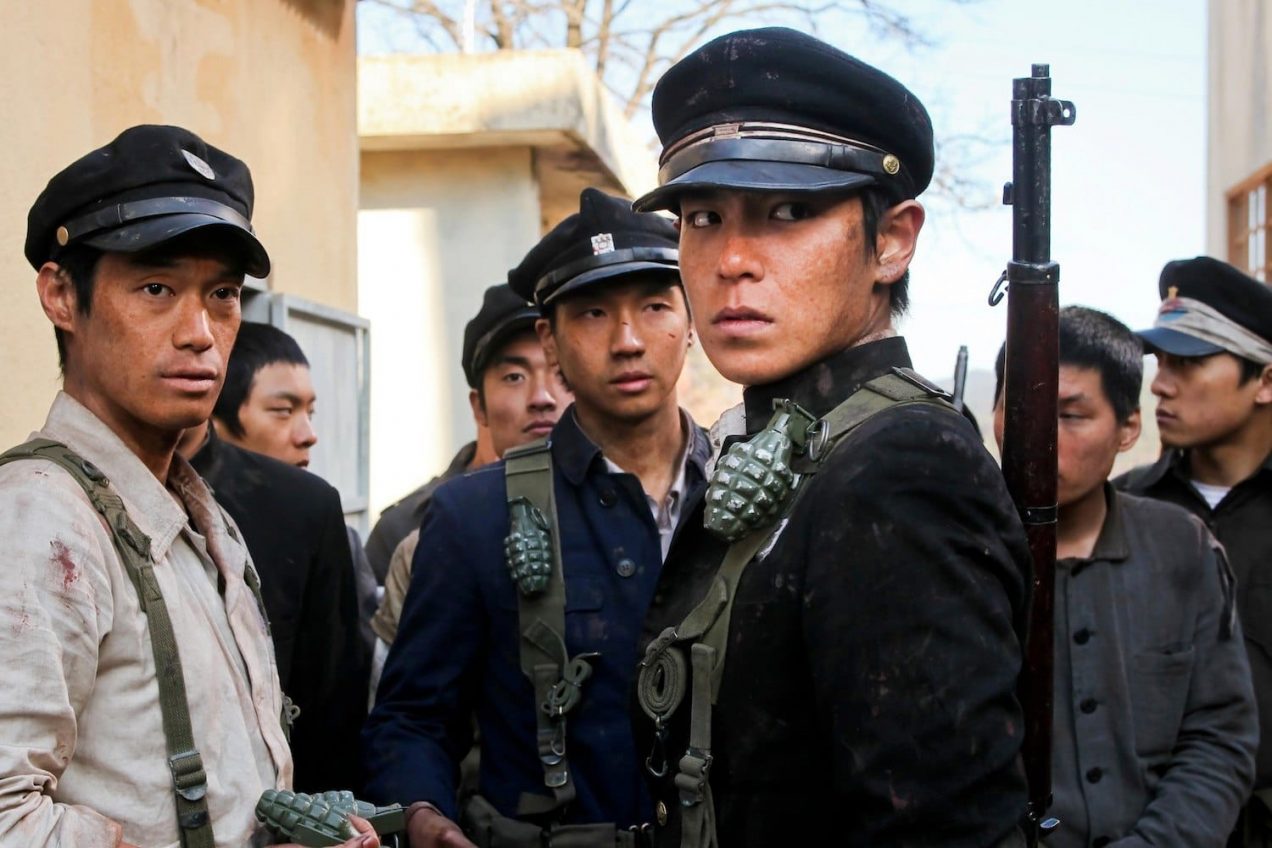 Based on real events, 71: Into The Fire recounts the efforts of 71 students newly enlisted into the Korean War keeping back the elite North Korean 766 Commando Brigade in 1950.

Having taken up encampment in a girls school situated on a strategic bridgehead near the Nakdong River, the volunteer soldiers are left behind by the main South Korean forces – never imagining that they will be put on the front line. Despite having barely fired a bullet let alone received any training, the students bravely manage to hold off the forces for 11 hours, led by Oh Jang-beom (Choi Seung-hyeon, Haru: An Unforgettable Day in Korea, IRIS) – a student general with little more experience than those he’s been put in change of.

This is their story…

John H. Lee seems a surprising choice to direct a war drama. Best known for the romantic drama A Moment To Remember, it was such a hit in Japan that Lee recently followed it with a Korean-Japanese co-production, Sayonara Itsuka (aka Saying good-bye, oneday). Of course, that doesn’t necessarily mean a thing: there’s no reason why a director shouldn’t be able to make a war film as readily as he can a romantic one (and there’s definitely plenty of melodrama to be found here). But the scale and doubtless complexity of the action scenes could leave even the most seasoned director out of his depth. Instead Lee shows a confidence that parallels some of the best war scenes around.

The film looks great! It has a gritty, sharp detail, down to the perspiration on the leads faces. (And that’s just on the screener, not even the offical DVD release – god knows how great this would look on Blu-ray!) It’s superbly composed with a deep colour saturation – though that in part gives away Lee’s experience directing music videos. More importantly, Lee doesn’t let the look of the film interfere with the action or vice versa, editing the battle scenes to suit their pace.

Obviously, if one of the most common themes of war films is the loss of innocence, then what better a platform to explore it? Lee and scriptwriter Lee Man-Hee play with the inexperience of the young soldiers, as the true horror of war dawns on them, and they make the final choice to hold their ground against far greater numbers. Other than the occasional flash of machismo, such as a pure ‘Cool Guys Dont Look At Explosions’ moment when Jo Won-hee as Divisional commander blows up the main bridge, the film doesn’t step too far from the very real, overwhelming peril they face. Okay, so it’s melodramatic, but not to the point where Western audiences will be turned off.

And Lee’s not the only surprise in this film, as his lead Choi Seung-hyeon is better known as T.O.P. from massively popular Korean boy band Big Bang. (I don’t think it would be unfair to describe him as the ‘kooky’ looking one.) Choi turns in pretty fine performance, aided by solid support from more experienced actors like Kwon Sang-woo (Once Upon A Time In High School, Volcano High) and Koo Seong-hwan (Public Enemy Returns, The Guard Post). If only Cha Seung-won (Blades Of Blood, Eye For An Eye, Kick The Moon), cast as North Korean general, wasn’t so damn good in his role as to steal the show every time he’s on screen, but I guess that’s the villains prerogative?

As war films go, this is pretty solid. Well-filmed, good performances, great action, and you can’t say fairer than that.

71: Into The Fire is released on DVD and Blu-ray on Monday 14 March by Cine Asia.

The UK DVD/Blu-ray release looks set to be another quality release from Cine Asia, packed with extras including a commentary by Bey Logan and Mike Leeder; Making of documentary; production featurettes; and a world exclusive documentary Men of Valour, Personal reflections on The Korean War.