For many, Herman Yau will forever remain synonymous for his Category III collaborations with Anthony Wong, The Untold Story and Ebola Syndrome; something they’ve returned to this year with The Sleep Curse. That of course doesn’t begin to define the range of genres the director has worked on, and as 2017 becomes another prolific year for Yau, with action film Shock Wave starring Andy Lau, perhaps it should be no surprise to see a romantic comedy surface too. Once again Yau teams with writer Erica Li to adapt her own novel 77 Heartbreaks, starring Cantopop singers turned actors Charlene Choi (Sara, Gangster Payday) and Pakho Chau (Guilty, Good Take!), for film that plays with the usual troupes, but doesn’t necessarily conform to them.

When Eva (Charlene Choi) splits from law school sweetheart Adam (Pakho Chau) after some ten years, Adam struggles to understand how one trivial incident caused it. Having left law behind to start teaching Thai boxing, it leads to a drunken tryst with student Mandy (Michelle Wai, As the Light Goes Out, Triad), who finds a journal Eva kept charting his previous 77 mistakes that she had forgiven him for. When Adam reads this he realises he still loves her and sets out to win her back.

The premise of 77 Heartbreaks immediately feels like one that perhaps works better as a novel than a book; the construct is just a bit over engineered. Here we don’t see Adam’s 77 transgressions by any means, at least, but neither do we get real depth to the characters. For their parts, Choi and Chou are convincing as Eva and Adam. Chou perhaps too much so, as he displays himself to be so utterly thoughtless and selfish, you can’t help but wonder what she saw in him in the first place. As we look back on notable moments in their time together, such as a trip to the location of Ozu’s Tokyo Story, Onomichi, the chemistry feels genuine, but more as a couple at the end of their relationship, not the start.

Cinematography by Mandy Ngai Man-Yin, another Yau regular having worked on both Ip Man films, The Legend Is Born – Ip Man and Ip Man: The Final Fight, as well as various other projects like The Second Coming and The Mobfathers, gives a glossy but imaginative sheen to the proceedings, often focusing on reflections.

The film is likable enough, but feels a little at odds with itself. Allegedly the title refers to the philosophy that ‘forgiving someone 7 times is not enough; 70 x 7 times is too many. So go ahead and forgive 77 times!’ It all leads towards an almost inevitable conclusion, even ending on a duet by Choi and Chau over the closing titles. Yet this belies a certain intelligence to Li’s script not to conform to the usual standards of a romantic comedy, and (spoiler alert) that’s one thing this doesn’t do in the final scenes. That somes things are unforgivable. Oddly, that makes this more of a companion piece to Sara, with Li continuing to explore roles and attitudes for modern women against perceived filmic (and social) traditions.

Perhaps the idea was to hide the films real motives as a wolf in sheep’s clothing, but one can’t help but feel the final product has already pandered to too many of those conventions to truly do Li’s ideas justice.

77 Heartbreaks screened as a World Premiere at the 12th Osaka Asian Film Festival 2017, and is released in Hong Kong cinemas from 15 June 2017. 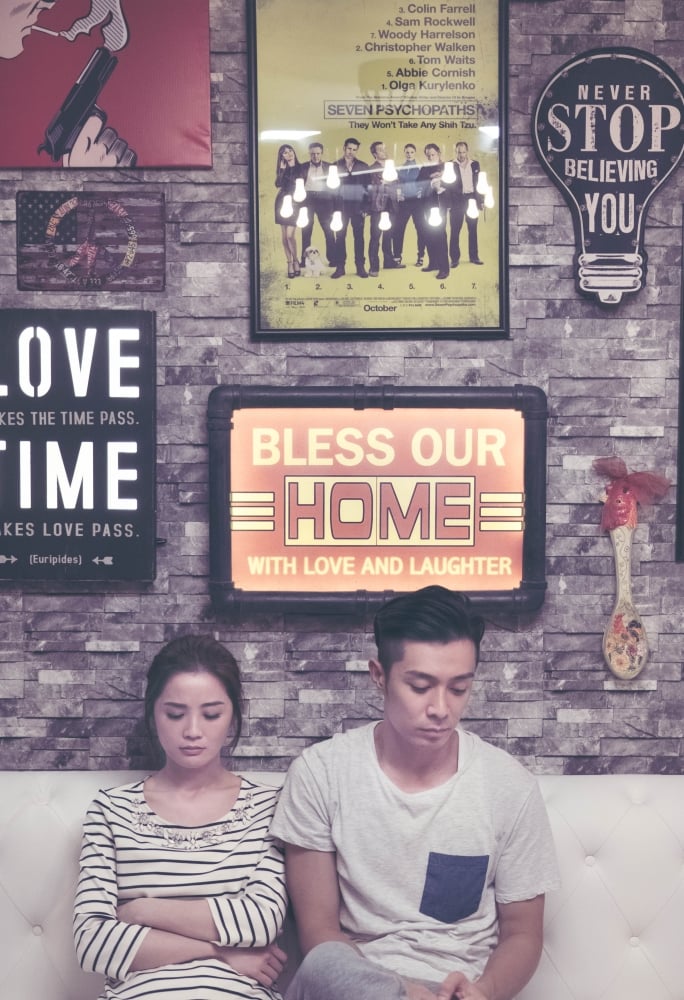