Feature debut for the director Ahn Ju-young, this affectionate portrait of young life in Korea follows the quest of high-schooler Bo-hee in finding the truth about his missing dad. Bo-hee’s mother always told him his dad died in a car accident years before, but Nok-yang – Bo-hee best friend – never believed this version of the story.

With a little push from Nok-yang, Bo-hee finally starts looking for his dad by visiting his older sister’s house. It is during this visit that the truth begins to unravel when – by chance – the sister’s boyfriend suddenly reveals how Bo-hee’s dad is still alive. From this revelation, the two young protagonists start delving deeper into the mystery by following the few trails left behind by the missing dad.

Since the very first few interactions, it is clear how the two protagonists share an essential factor; being both raised by single parents. In fact, after his dad disappearance, Bo-hee was raised by his mother alone while Nok-yang grew up with her father and grandmother after her mother died giving childbirth. These events shaped the personalities of the two in an unusual way and, at the same time, helped create a strong bond between them – almost family-like.

Bo-hee is a quiet and shy high-schooler, with problems in socializing with others – classmates and adults alike – and he only manages to overcome his limits when Nok-yang pushes him out of his comfort zone. Nok-yang, on the other hand, is much more masculine than her friend, but acts as if she’s living in another world where the only thing that matters is filming her documentary. In her case, is Bo-hee that acts as helping hand – by supporting her through her highs and lows and by taking her down to earth.

It’s thanks to this mutual help that the two manage to investigate Bo-hee’s father whereabouts all across Seoul. While doing so, we manage to catch a glimpse of the circumstances from which this very special relationship was born and of the peculiar ways the two young protagonists deal with their problems.

With the story moving forward, we start to realize how Bo-hee is eventually finding an unlikely father figure in his sister’s boyfriend. After the first cold encounter, in fact, the two start getting closer and the sister’s boyfriend ends up taking Bo-hee to a bathhouse with him, assisting him with his problems and even helping him apologise to a classmate after a fight.

It is throughout these intricate and family-like relationships that the performance of the two young actors shine the most. Shin Dong-mi (Bo-hee) and Kim Ju-a (Nok-yang) manage to convey perfectly what the two teenagers raised by single parents are going through. Moreover, also Seo Hyun-woo ’s performance is worth mentioning because of his neatly portrayed metamorphosis from a complete stranger to father-like figure to Bo-hee.

The events leading to the conclusion are carefully conducted, filled with convincing details and continuously alternating between drama and comedy. The final few scenes, however, fail to amaze the viewers and the ending climax does come through a bit too quickly and without the suspense one might expect.

Despite not bringing anything radically new with its plot, the movie offers a touching portrait of the difficult lives of its two young protagonists. In fact, despite superficially looking for Bo-hee’s dad, it’s clear how the two actually started looking around for something much more meaningful; their role in society.

A Boy And Sungreen screened as part of the 12th CinemAsia Film Festival 2019. 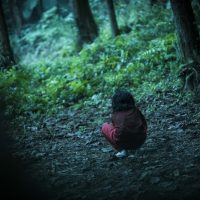 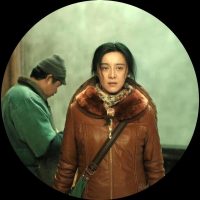 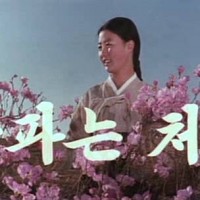