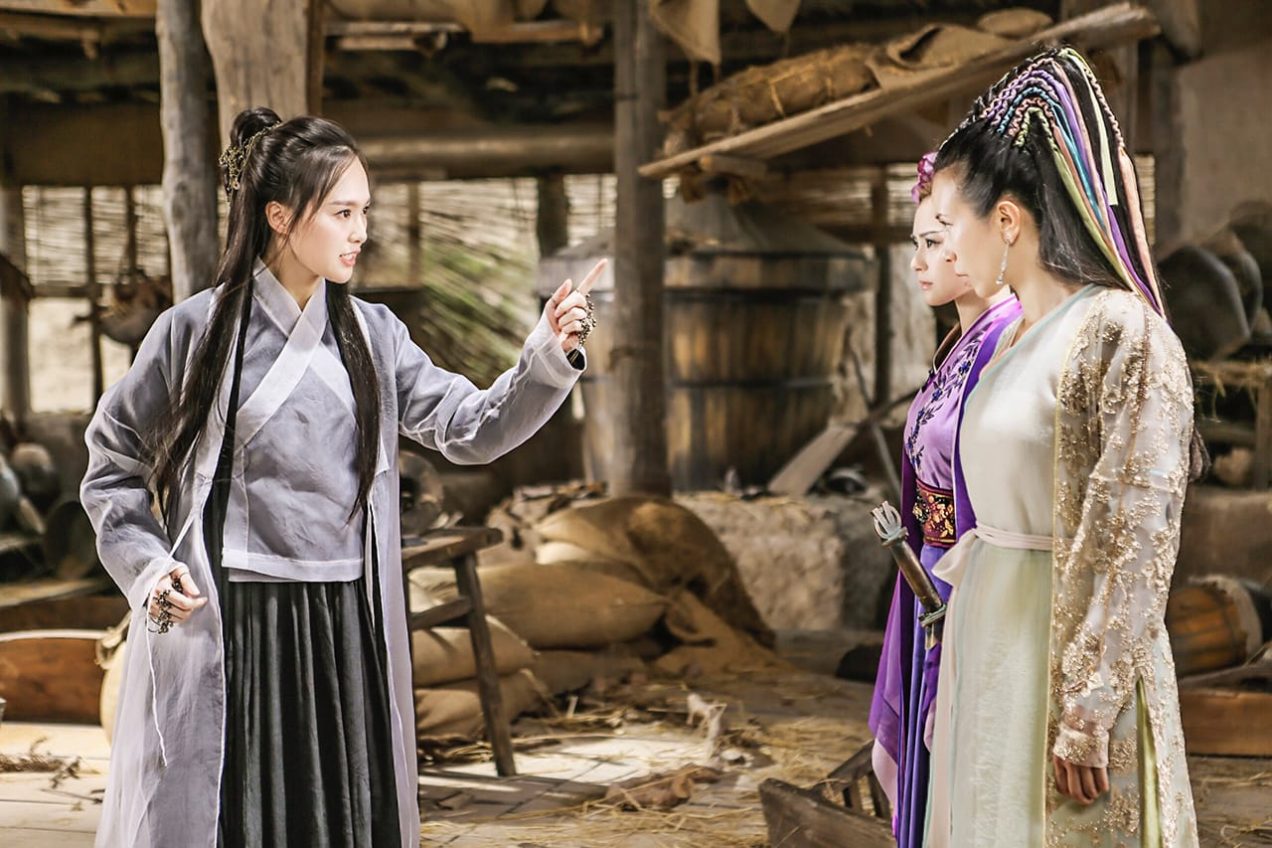 Jeff Lau returns with the third part of his classic Chinese Odyssey series, this time minus franchise star Stephen Chow…

More than twenty years after the release of the two-part A Chinese Odyssey back in 1995, director Jeff Lau makes a belated return to the series with A Chinese Odyssey: Part 3. With the first two instalments considered classics and being much beloved by Hong Kong film fans, continuing their legacy was always going to be a tall order, not least given the absence of original star Stephen Chow, whose comedy stylings were arguably crucial to their success. Given the unenviable task of taking his place is Han Geng (The Taking of Tiger Mountain), backed by Tiffany Tang (Bounty Hunters) and Wu Jing (Call of Heroes), who managed to propel the film to a solid box office performance during its Mid-Autumn Festival release.

The film’s chaotic plot revolves around Pandora’s Box, which Tiffany Tang’s Zixia uses to look into the future, seeing a dire war coming between mankind and the gods. Desperate to prevent this from happening, she travels back in time, also hoping to try and stop Joker, the current human form of the Monkey King (Han Geng) from falling for her and to push him towards his supposed true love Bai Jingjing (Karen Mok). Needless to say, things don’t work out according to plan, with the Longevity Monk (Wu Jing) needing protection and various secrets and complicated relationships coming to light.

Coming so long after its predecessors, A Chinese Odyssey 3 is a bit of an odd one in many ways, especially given the absence of the original cast and the recent glut of other films making use of the Journey to the West and Monkey King source material. While to his credit Jeff Lau has managed to assemble a pretty impressive cast, Stephen Chow, Ng Man-Tat, Law Kar-Ying, Anthea Chu and others are sorely missed, and box office-friendly replacements like Han Geng and company give the film the feel of a Mainland reboot. To be fair, the newcomers all do their best, Han Geng basically turning in a passable Stephen Chow impression, Tiffany Tang being likeable enough, and it being fun to see Wu Jing in a rare comedy role. There’s sufficient chemistry between them and the others to give the film an amiable air, and its many romantic twists and shenanigans are engaging, if not exactly moving.

Judged on its own merits, A Chinese Odyssey 3 is reasonably entertaining, at least for fans of Jeff Lau’s scattershot style. Here, he goes for full-on mo lei tau, throwing in lots of pop culture references and nonsensical jokes, some of which work, some of which don’t – a couple of very odd stabs at Avatar in particular fall flat. Overall, the film’s gag hit ratio isn’t too bad, and it is funny in places, at least a few of its wacky set pieces hitting their target, and this keeps it moving along at a jaunty pace. Although its CGI effects are strangely shabby, paling in comparison to other recent Monkey King-themed offerings, the film also benefits from some imaginative large-scale fantasy sequences, Lau doing a decent job of depicting its celestial locations. A fair amount of action similarly helps, and though there’s nothing too spectacular, Lau works in a handful of creative battle scenes and magical duels, which again ensure that the film is never boring.

It was never likely that A Chinese Odyssey 3 was ever going to reach the heights of the first two in the series, and given these lowered expectations, Jeff Lau hasn’t done too badly with this tardy third instalment. Though its necessity is debatable, the film manages enough laughs and fantasy foolishness to justify its existence, and the new cast members make for a respectably cheerful tribute act.

A Chinese Odyssey Part 3 is available from YesAsia.