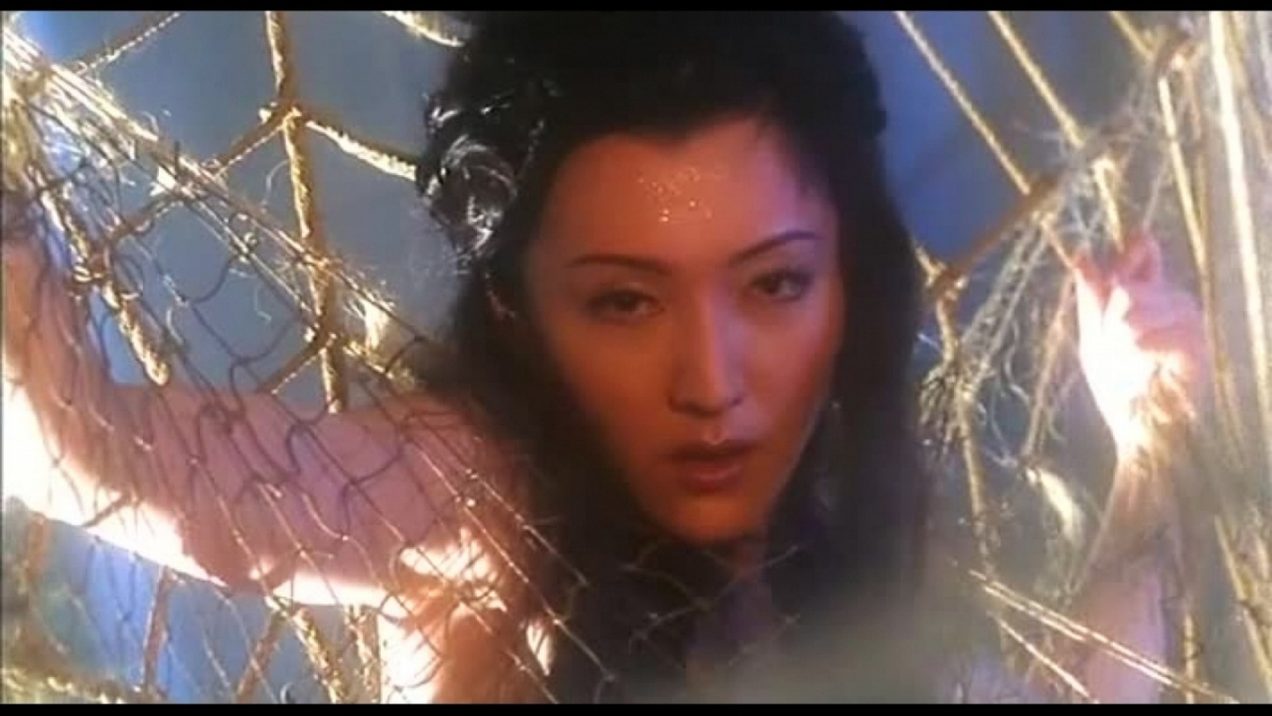 Wong Jing and Bosco Lam’s original A Chinese Torture Chamber Story was an undisputed classic of the Category III genre, and one of the few which enjoyed any kind of mainstream success or recognition on its release back in 1994. Given this, and the veritable swamp of similar sleaze films already available for discerning fans, the inevitable sequel had a lot to live up to in order to stand out from the crowd. Since to most casual viewers Category III films in general are indistinguishable slices of dubious, lamentable non-entertainment, this was somewhat of a tall order.

Thankfully, at least for those who care, A Chinese Torture Chamber Story 2 is indeed a worthy follow up, and though it does not quite live up to the insane legacy of its jaw-dropping predecessor, is a superior example of the genre, and one which enjoys pleasingly decent production values whilst plumbing new depths of depravity. Of course, this in itself should be enough to start alarm bells ringing in the minds of any sensible viewer, and rightly so, as the film contains liberal lashings of debauchery and some truly shocking, odious scenes of gore and sexual violence. Also of interest is the fact that the film provided an early acting role for Soi Cheang, who would later go on to become one of the biggest directors working in China today, helming the Monkey King and SPL franchises.

Whilst the original film to a degree justified its content through some vague claims of being based on an actual case of adultery from ancient times, this salacious sequel seems instead to have been inspired by some of the 1970s Shaw Brothers classics, in particular, All Men are Brothers. Here, the story begins as Ma (Mark Cheng, who also played Category III villains in the likes of Raped by an Angel and The Peeping Tom) is waylaid by a couple of wretched bandits en route to taking up the position of governor in the capital city. The two would-be robbers, Cheung (Oscar Wai Lam, who later starred in the 2008 Cat III revival classic The Forbidden Legend: Sex & Chopsticks) and Wong (Shaw Brothers regular Yang Hsiung), turn out to be good men who have fallen on hard times, and after spending some quality time with them, Ma swears an oath of brotherhood, and promises that he will take care of them in the future. 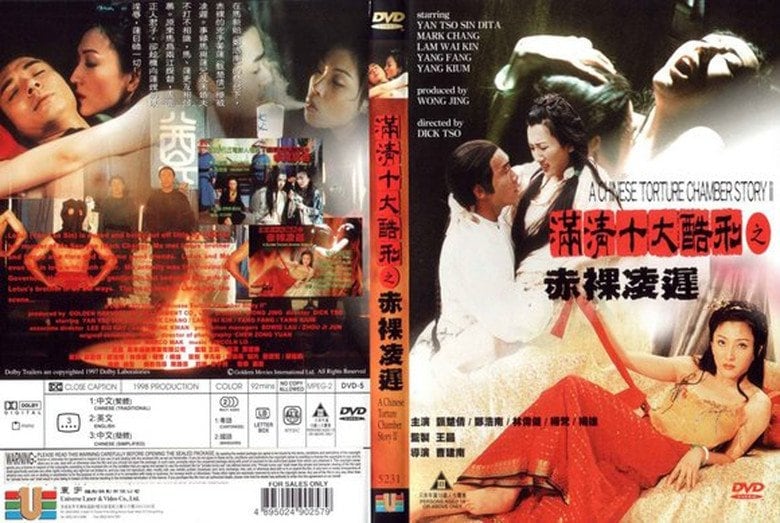 Ma does seem to be a good sort, though during his stay he falls for Lotus (Yolinda Yam, giving a very different performance to her role in John Woo’s classic Bullet in the Head), who happens to be Wong’s sister and the wife-to-be of the conveniently impotent Cheung. A few months later, the reformed bandits travel to the capital, and once more meet up with Ma, who is now the all-powerful governor. True to his word, Ma takes his friends under his wing, though it soon becomes clear that he is no longer the kind, friendly man they knew, and is instead now a cruel tyrant who is obsessed with crushing all who stand against him. Driven by an awful secret from his past and his lust for Lotus, Ma manipulates and ultimately imprisons his friends in a twisted bid to fulfil his political ambitions and dreadful lusts.

One of the more surprising things about A Chinese Torture Chamber Story 2 is that the story works rather well, and that it is, initially at least, a genuinely affecting tale of brotherhood. The early scenes of Ma bonding with the two bandits come across as quite heartfelt in the classic Shaw Brothers style, and provide a nice echo of the films they imitate. Director Cho Kin-nam (also responsible for the Category III favourite Chinese Erotic Ghost Story) keeps the mood of the first half quite light, building up the characters and working in some amusing comedy without resorting to an abundance of the genre’s trademark lowbrow slapstick, and this gives the atrocities of the second half an impact often unfelt in similar Category III efforts. In this way, A Chinese Torture Chamber Story 2 does actually resemble a proper film, unlike so many of its brethren.

Unsurprisingly, it does later venture into very dark territory, dealing with such themes as child abuse and barefaced betrayal, and as a result of the film is a very different to the original, where the bloodletting had a cheerfully demented quality. In this sequel, the violence and sexual abuse, though in a few instances played for uncomfortable titillation, are genuinely unpleasant, and Cho throws in some fairly sickening scenes, even by the standards of the genre – one sequence in particular, featuring a flashback to the assault of a child, intercut with the anal rape of a long-suffering Cat III actress Yeung Fan (similarly abused in The Untold Story 2, Raped by an Angel 2: The Uniform Fan and Raped by an Angel 4: The Rapist’s Union) using a paintbrush (complete with spurting blood), is sure to shock even the most jaded follower of Category III. This is just one of a whole catalogue of similar offenses, which firmly establish the film as one of the genre’s most distasteful. However, in Cho’s defence, as a result of the efforts made at establishing plot and character earlier in the film, and the fact that the proceedings are generally quite well directed, these scenes feel far less gratuitous than in other films, though admittedly no less distasteful. Similarly, although the film is undoubtedly misogynistic, the male characters are subjected to equally frequent and barbaric humiliations and tortures, which is somewhat rare for the genre.

At the end of the day, no matter what is written about it, only fans of Category III cinema are likely to watch A Chinese Torture Chamber Story 2, which is probably just as well, as it would undoubtedly prove a traumatic experience for the uninitiated viewer. The film is definitely above average for its type, and is recommended for connoisseurs of the form, though with a slight warning not to expect the rather jovial nature of the original, and to be prepared for some genuinely unpleasant scenes.