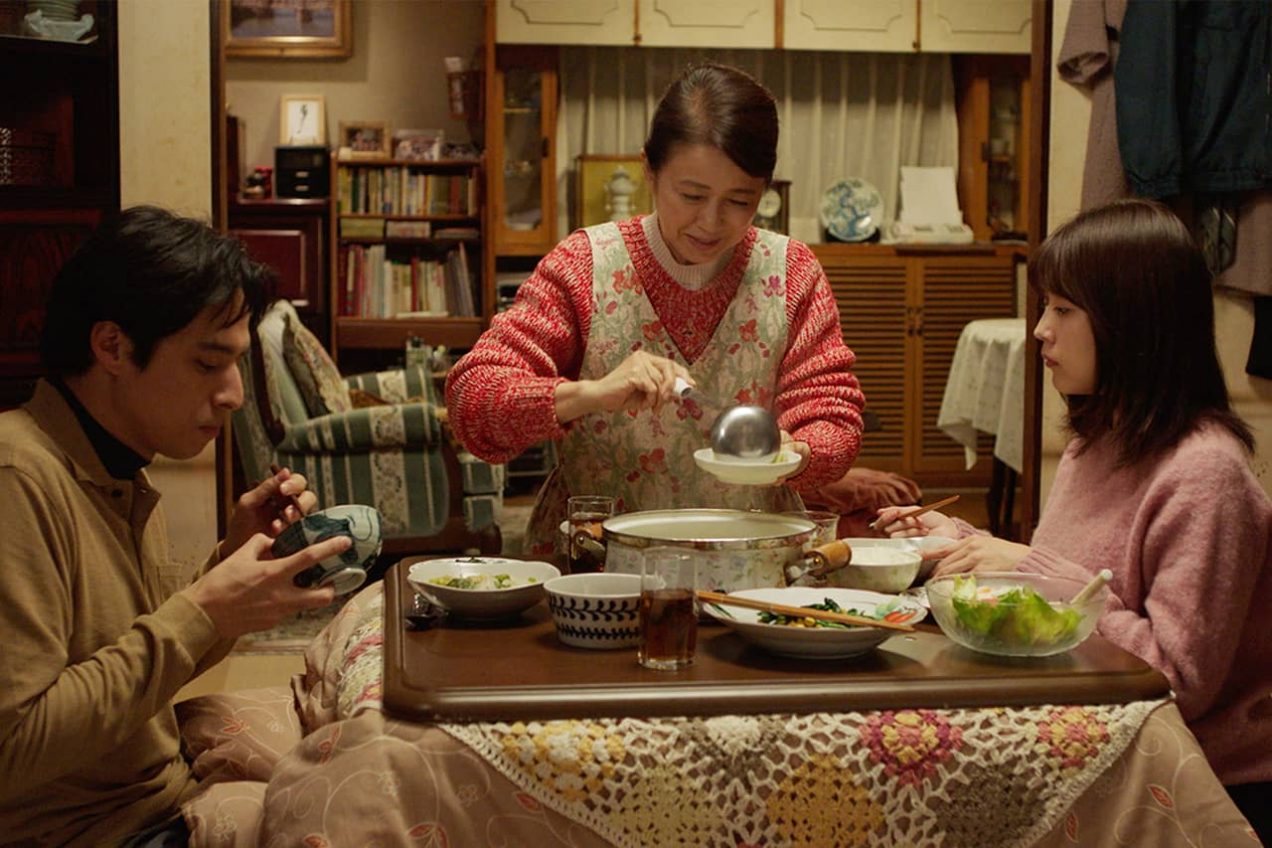 A slight but charming TV work from the master of familial relationships, Hirokazu Kore-eda…

Actor Kasumi Arimura (Rurouni Kenshin: The Beginning, Flying Colors, Sekigahara) plays a highly fictionalised version of herself in this 8-episode TV drama first broadcast in Japan on the WOWOW network in March 2020. The series includes contributions from several established film and TV directors, including Satoko Yokohama (Bare Essence of Life, The Actor), Rikiya Imaizumi (What Is Love?, Their Distance, Sad Tea) and Santa Yamagishi (Zenin, Kataomoi, Demon Covered in Scars). But it’s the director of the first episode that caught the attention of programmers at the BFI London Film Festival 2020, being familiar to regular audiences: Hirokazu Kore-eda. This appears under the rather clunky title of A Day-Off Of Kasumi Arimura, where perhaps ‘A Day Off for…’ might make better sense. It’s also widely known as Kasumi Arimura’s Filming Break, which is closer to a literal translation. A ‘brother’ series based around actor Ryoma Takeuchi is due to begin this November.

The premise for the series seems to be that at the beginning of each episode we find Arimura’s latest production brought to a full stop, and her wondering what to do with a rare day off. In a cute framing device (if regularly used) we don’t see Arimura until the last scene of the pre-title sequence, patiently waiting to go on set, in what seems more than just a nod to the intro of the classic American 60s TV series That Girl.

In this episode, Arimura decides to head home to spend some quality time with her mother (played by Kore-eda regular Jun Fubuki, Our Little Sister, Like Father, Like Son). In the supermarket, the manager on checkout recognises her from her work, stating his favourite is ‘that one where she falls in love with a guy’. ‘That happens a lot’ her mother adds, perhaps no entirely supportively. This believable picture of familial relationships – lightly touched on, humorous, but cut with bittersweet home truths – plays to Kore-eda’s strengths. When a stranger, roughly the same age as Arimura, comes to the house and is invited to their dinner, big revelations are to come, but dealt with in a characteristically matter of fact style. The acting and Sakura Higa’s script don’t overplay the emotion, though the score feels cutesier than we’d expect from Kore-eda production, and far more in line with a TV drama.

Overall the production and style can’t escape the trappings of TV, unsurprisingly feeling more modest in scale than Kore-eda’s cinematic work. That’s not necessarily a bad thing, were you to be enjoying this as part of a fuller series. It’s undeniably charming and superbly acted by the small ensemble cast. You could easily imagine this becoming a popular watch on BBC Four (or perhaps more realistically on Amazon Prime or Netflix), but standalone it’s an odd choice for the London Film Festival. It lacks the gravitas to warrant a single episode, and you might find demanding the same price as a feature-length movie a bit steep for just over 40 minutes a bit steep. The odd thing is that Kore-eda directed two episodes in the series, so in celebrating his work you might have expected to see both of them here? It’s not unusual for the festival to screen several episodes from a television series.

Perhaps the most interesting thing about the production is a final credit that makes clear that this has nothing to with Kasumi Arimura’s real life. Making the distinction between stars and the expectations of their public, and that of their own private lives has never been more important in Japan. Everyone needs a real day off.

A Day-Off Of Kasumi Arimura screens on BFI Player as part of the 64th BFI London Film Festival 2020.