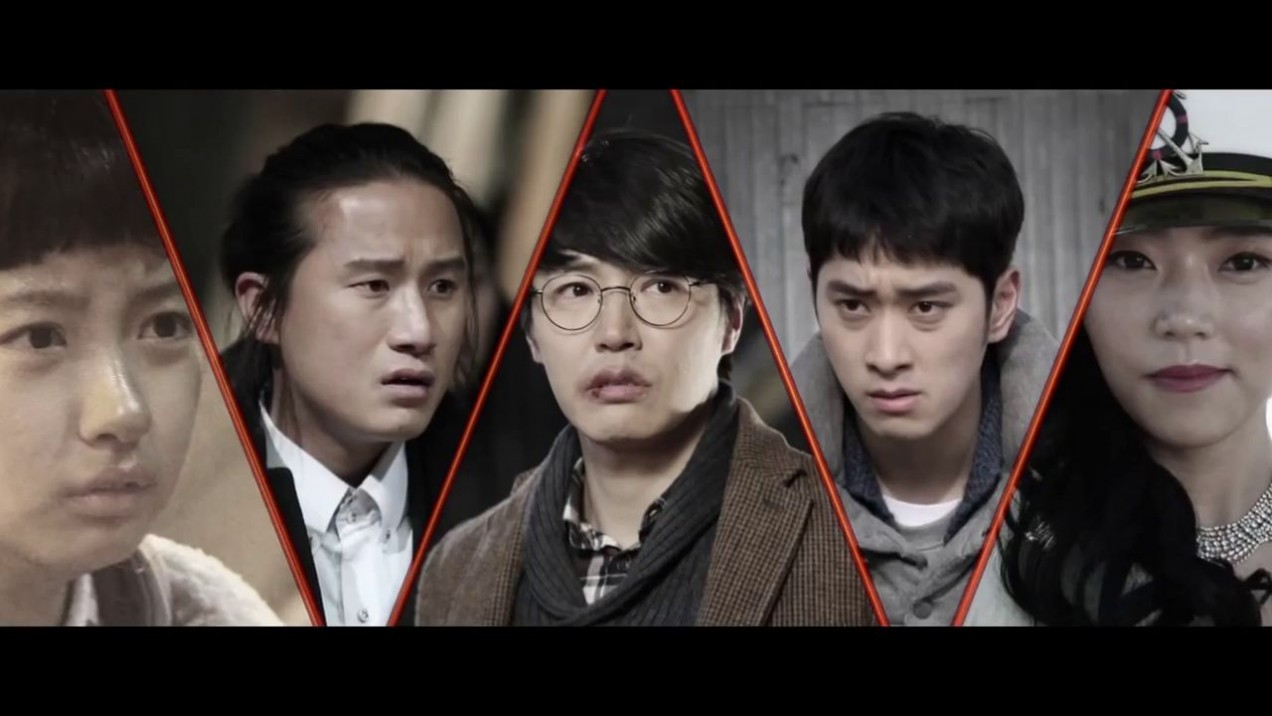 Korean director Jeon Hyung-joon makes his debut with A Dynamite Family, a comedy drama that deals with the familiar theme of warring siblings learning lessons about life and family. Thankfully Jeon has a few tricks up his sleeve, and the film turns out to be a little more unpredictable than expected.

The family of the title is made up of Soo Kyo (Yoon Sang-hyun, I Hear Your Voice), Soo Guen (2PM’s Hwang Chan-sung), Soo Jung (Kim Ji-min, Assembly), Dong Soo (Song Sae-byuk, A Girl at My Door) and Hyun Jung (Lee Ah Lee, Miss Staff Sergeant), who are brought together when their mother and father marry. Although all would rather have nothing to do with each other, they’re forced to pull together when their parents go missing, and travel to their small rural hometown to look for clues regarding the disappearance. Despite their constant feuding the five soon manage to turn up a few clues, helped by a local cop (Lee Kwang-soo, Confession) trying to track down a killer who has struck several times in the area.

Clearly, for the most part the plot of A Dynamite Family has little to differentiate it from that of a number of other suspiciously sounding other Korean films, Song Hae-sung’s Boomerang Family in particular. However, as the last line of the above synopsis suggests, Jeon Hyung-joon does take the film to an extent at least in a different direction, and though not as boldly unconventional as Lee Kwon’s My Ordinary Love Story, there’s enough here to make it far more enjoyable than it might have been. Without giving too much away, after an unambitious first half hour the film increasingly mixes a variety of genres, from comedy and drama through to murder mystery, building to a pleasingly left field final act. While the script isn’t quite up to the task of keeping things particularly coherent, the tone veering randomly at times, Jeon generally manages to keep the viewer interested, and the film succeeds in raising a few laughs when it tries, hits the odd emotional beat here and there, and even manages a couple of shocks and grim moments along the way – as well as winning extra points for avoiding the usual slide into tears and saccharine melodrama.

For any film of this kind, the chemistry between the ensemble cast members is of crucial importance, and on this level A Dynamite Family scores highly, the five leads all playing well off each other and convincing as squabbling kinfolk who, initially at least, genuinely don’t like each other. Some offbeat character writing helps considerably, with most of the lead five having at least one strange revelation during the course of the film. The cast all do their part to inject a little depth and charisma to their roles, with Song Sae-byuk and Lee Ah-lee coming off best and getting the best lines as the two most colourful of the bunch, an angry, tattooed young man who may or may not be a thug and a shrill, often drunk girl with a similarly bad temper and a liking for inappropriate clothing.

Though there’s nothing here to make A Dynamite Family particularly memorable, it’s an entertaining hour and forty minutes of fun and intrigue that’s far better than its rather mundane poster and premise might suggest. It’s a solid first outing for Jeon Hyung-joon, who does at least try to do something a bit different with the form, and though only a modest success the film suggests interesting things from him in the future.

A Dynamite Family is available through YesAsia.