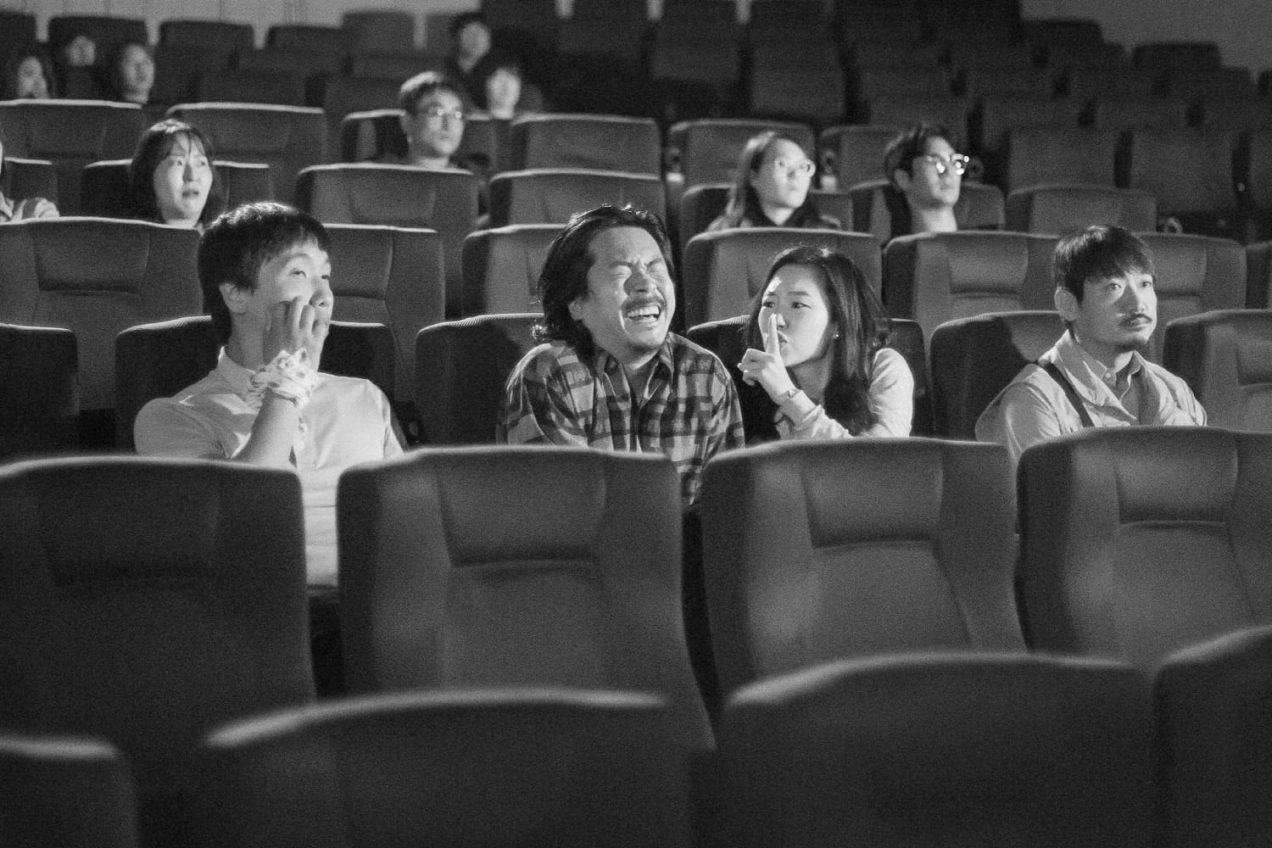 Chinese Korean writer director Zhang Lu returns with his 13th film, A Quiet Dream, following up on his experimental 2015 offering Love and….The film is a more straightforward affair, following a collection of eccentric characters in a downtrodden area of Seoul as they meander through their daily lives, played by actress Han Ye-ri (The Hunt), plus a trio of actor directors in Yang Ik-joon (Breathless), Yoon Jong-bin (Kundo: Age of the Rampant) and Park Jung-bum (Alive), something which gives it an amusingly self-referential feel. Having premiered at Busan in 2016, the film has gone on to play a number of international festivals, cementing Zhang’s reputation as one of Korea’s most interesting art house helmers.

The film revolves around Ye-ri (Han Ye-ri), a young woman born in China and brought up in Korea, who runs a small bar in Seoul while taking care of her paralysed father. Three men regularly come to the bar, drinking together while pursuing Ye-ri, including her epileptic landlord Yoon Jong-bin, lowly former gangster Yang Ik-joon, and North Korea defector Park Jung-bum. Although the three each has his reasons for apparently being in love with Ye-ri, the four of them get on well together, and spend most of their time wandering the streets together and hanging around, details of their lives slowly being revealed.

After the rather baffling bizarreness of Love and…, it’s a bit of a relief to see Zhang Lu returning to the arguably more successful territory of his highly enjoyable 2014 offering Gyeongju, showing the same kind of gentle mix of drama, comedy and artistry. Shot in black and white, the film eschews traditional narrative concerns, instead spending its running time meandering through anecdotes with vague, ambiguous purpose, most of it being taken up with scenes of the characters mooching around, having conversations, reciting poetry or drinking. While in this respect the film recalls the works of Hong Sang-soo, this isn’t a bad thing, and Zhang does put his own personal stamp on the proceedings, mainly through his somewhat more philosophical and less neurotic approach. The presence of Yang Ik-joon, Yoon Jong-bin and Park Jung-bum also helps give the film its own quirky identity, and though things to get a bit too meta in places, Zhang working in references to their own directorial efforts and including a visit to the Korean Film Archive, it all comes across as playful rather than pretentious.

With the three men never being terribly competitive or pushy in their wooing of Ye-ri, the film is marked with a general air of amiability, and there’s little in the way of egotism or nastiness, something which makes it an easy-going and pleasant watch. The group dynamic is a winning one, all the characters basically likeable, and the film’s romantic and comedic elements are all the more effective and engaging for being understated and whimsical. This is unexpected given what could have been a bleak and potentially depressing set-up, and it’s to Zhang’s credit that he manages to avoid the clichés and nihilism which usually characterise Korean films about outsiders and those living on the economic fringes of society. Although this may make the film sound a little insubstantial, it never feels mundane, and does delve into some weighty themes, most notably its exploration of the question of identity and the links people feel to their geographic locations, in this case represented by the China-Korea and North Korea angles and the ways in which they define several of the characters. Things do get a little more art house towards the end, though this shouldn’t come as much of a surprise to anyone familiar with Zhang Lu, though he at least manages to resist ending things on too obscure a note.

There’s a lot to enjoy here, and A Quiet Dream is an accomplished mix of the thoughtful and breezy, showing again that Zhang Lu is particularly skilled at straddling the line between the art house and the more commercial end of the indie film spectrum – at least when he wants to. Philosophical, moving and fun, the film should be accessible to a wider audience than many of his earlier works, and even its more cryptic moments are entertaining to watch, thanks in no small part to a well-written and appealing set of characters.

A Quiet Dream screened as part of the New York Asian Film Festival 2017, which ran from 30 June to 16 July.